Power, limitless resources, revenge against those who crossed you? The Fabulous Fear Machine will grant whatever your wish, for a cost.

Wow. I’ve been really interested in The Fabulous Fear Machine since I first saw it, there was something that called out to me between the pulpy horror-style comic book art and the Zoltar/Zoltan-style character that serves as the narrator. Those stylistic choices run deep though, and they run deep down through a really smart strategy game; One that I’m incredibly impressed with and excited for.

Let’s not build this up too much though, while incredibly stylish, The Fabulous Fear Machine is an area-capture strategy game; No matter how deep its style runs, no matter how fun the messages and how well-researched it all feels, it is a game about getting bigger numbers than the other entities in order to dominate a map. It means that no matter how cool you find the whole thing, it all boils down to painting a map.

Phew, now we’ve got that out of the way. Let’s talk about how cool the whole thing is.

The Fabulous Fear Machine takes an array of scary stories, from local tales like The Black Dog, and mixes them in with Cryptids, like the Yeti, and stirs that concoction up with things like ‘Nurses wot kill you’, ‘Killer Clowns’ and ‘Lizard-People as Leaders’ and makes them all into tools at your disposal. While the aim of each scenario is to deliver a message that benefits the current protagonist, the message can only be delivered (for you) when enough people are scared. 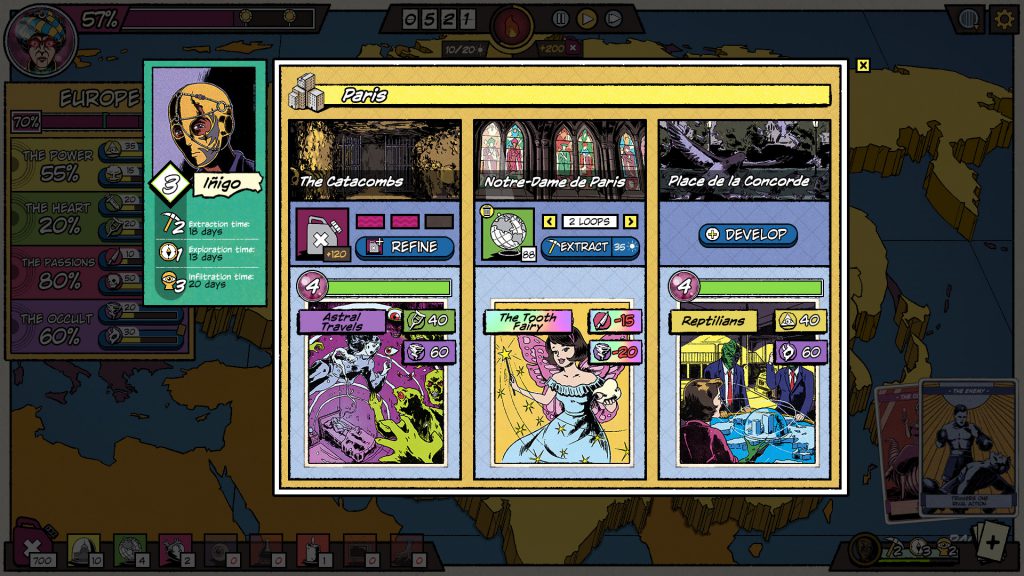 That’s right. It’s a whole game about spin-doctoring. There’s something in the water? That’s right, it’s because the filters don’t work, use my medicine instead. There were ancient creatures —Or, if this fable was deployed in Western Europe, they’re now gargoyles— and they pluck away at the population because they never went extinct? Buy these tablets to keep them away. It’s a cynical look at the way that stories permeate the public consciousness, and how those who have or want power can use it to advance their wants.

That doesn’t matter to the titular Fabulous Fear Machine, it only wants a good story, and it’s brought together broken puppets to work as your agents. Those are the tools that you deploy around the map to gather the resources to expand on these myths or to investigate your rivals. Your rivals, in this case, are no better than any protagonist, they’re movements trying to cleanse areas, or destroy people for profits… it’s a case of the lesser of two evils, but also the cynical cycle of anti-hero protagonists. The only people who lead a happy life here are those who are being tossed about by the rumours that the villains create. 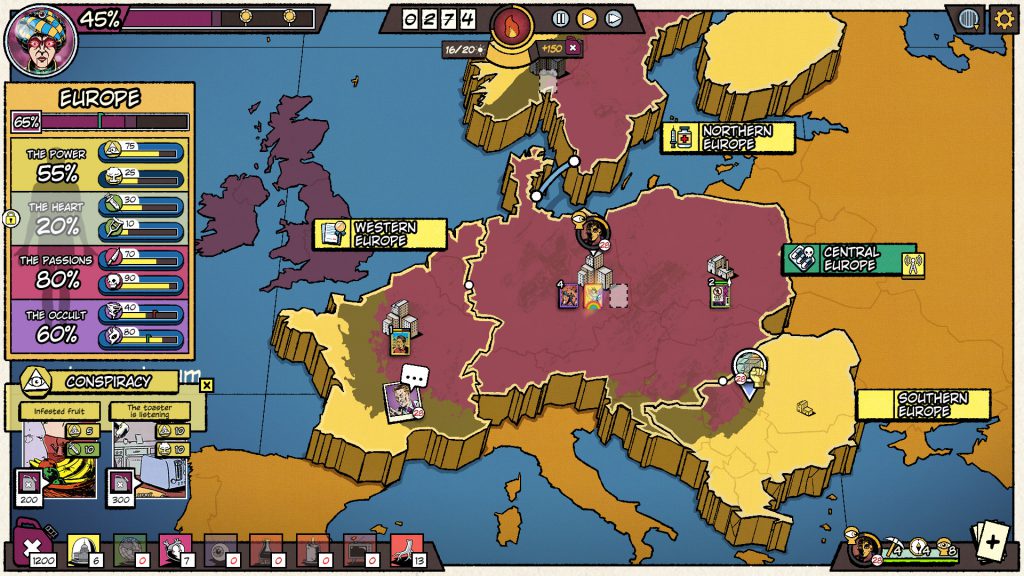 In practice, The Fabulous Fear Machine is an exercise in assigning the right rumours to the right place, assigning your agents to the right place, and to keeping your resources stocked up enough that you can qualm the projects of rivals and advance your own. However, it’s a masterclass in style… it demands that you park yourself as a greedy villain at the crossroads of the mundane and the arcane, bleeding through corrupted magic as rumours into the world, to paint the world scared enough to believe anything else you say.

The Fabulous Fear Machine is as much a fantastic, stylised strategy game as it is a warning about the modern world. I can’t wait for it to release so I can play the full version.

The Fabulous Fear Machine will launch for Windows PC later this year.