If you read my content, you’ll know I love cooking games and I love couch co-ops. My favorite type of game, then, is really a mix of them both. Previously, we’ve dived into Let’s Cook Together — ultimately, Dann and I fulled completing the whole game. So, when we stumbled upon Let’s Cook Together 2 at Gamescom, well – I was more than hyped. I actually ended up sitting down and playing through as much of the game as they’d allow me to do, and beyond the levels they’d brought to showcase.

Let’s Cook Together 2 is a completely different game from Let’s Cook Together. Gone are the veggies and fruits on their cooking show. There are humans now, looking to cook. The story of this game sees you in the future, where everyone eats weird paste instead of proper, home cooked food. You, for some reason, do remember home cooked meals and know how to cook, so you have opened restaurants in whatever buildings you can find, cooking up recipes that make people’s taste buds sing!

A lot of the actual gameplay itself is similar to the first game, however, you can play Let’s Cook Together 2 with up to four players, instead of it being limited to two. You and whoever you play with, will still be in kitchens that are often divided, forcing you to throw ingredients and items across the room. This way of cooking and playing requires so much shouting, communication, and warning before you are able to serve up a dish — co-operative chaos. As you continue through each of the levels, you unlock more recipes and be able to upgrade your kitchen (so that different tasks take less time). 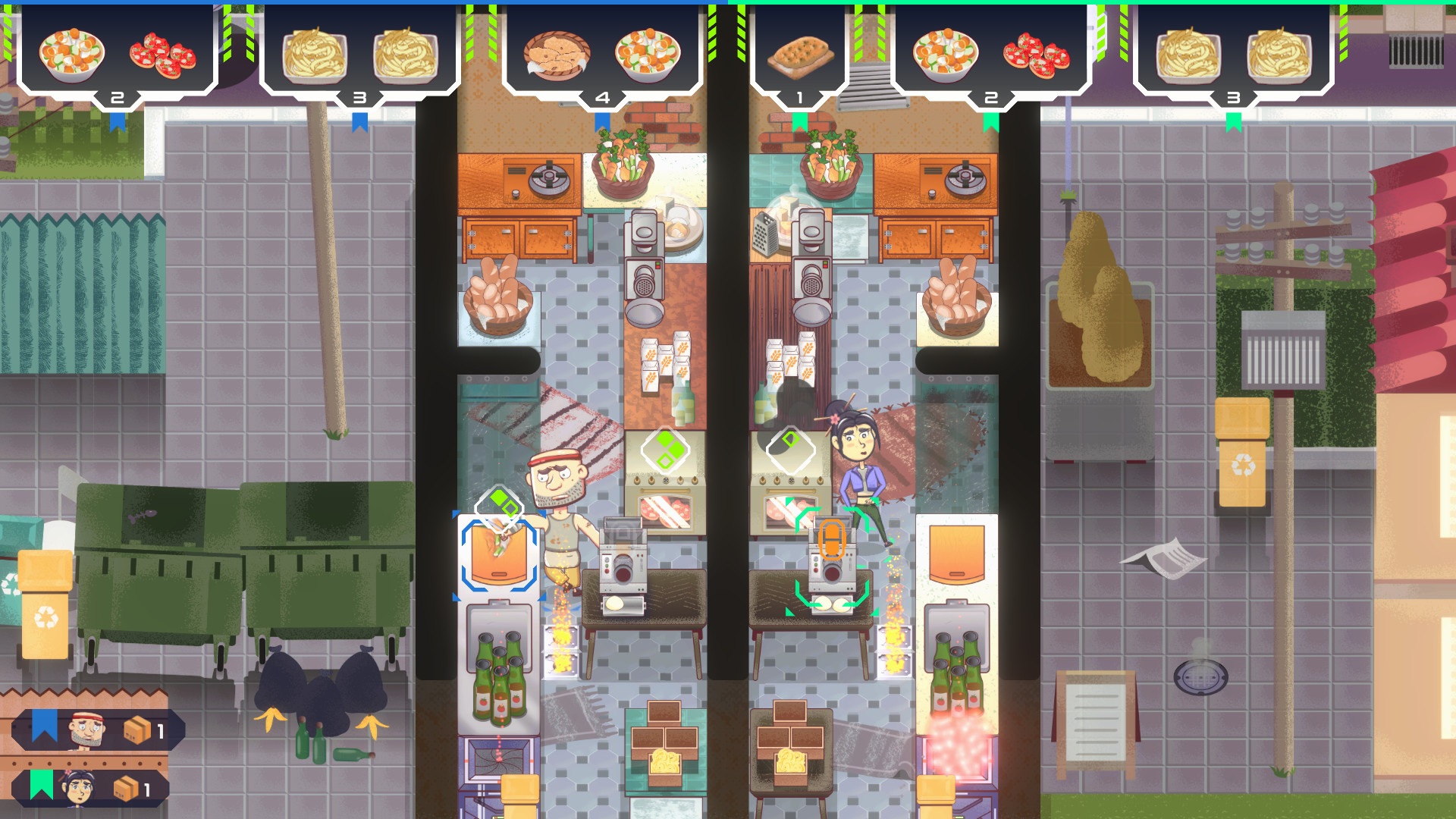 Another new feature in this game are the people you play as. Every character has their own abilities that can really help you with specific levels. Some of the levels are actually easier if you pick specific characters. One character, for example, moves faster through the level, while another is able to cut more quickly. Depending on what recipes you are focusing on and the layout of the kitchen, picking the right characters for the job is important.

Let’s Cook Together 2 also has a level editor, so you and your friends can actually design levels and create them, sharing them with your friends if you run out of levels to play through! At Gamescom, there were some wild levels to take on, all of which felt so experimental and wacky compared to the levels that are a part of the story line. Let’s Cook Together 2 is a really wonderful, well made couch co-op that I just love the feel of. 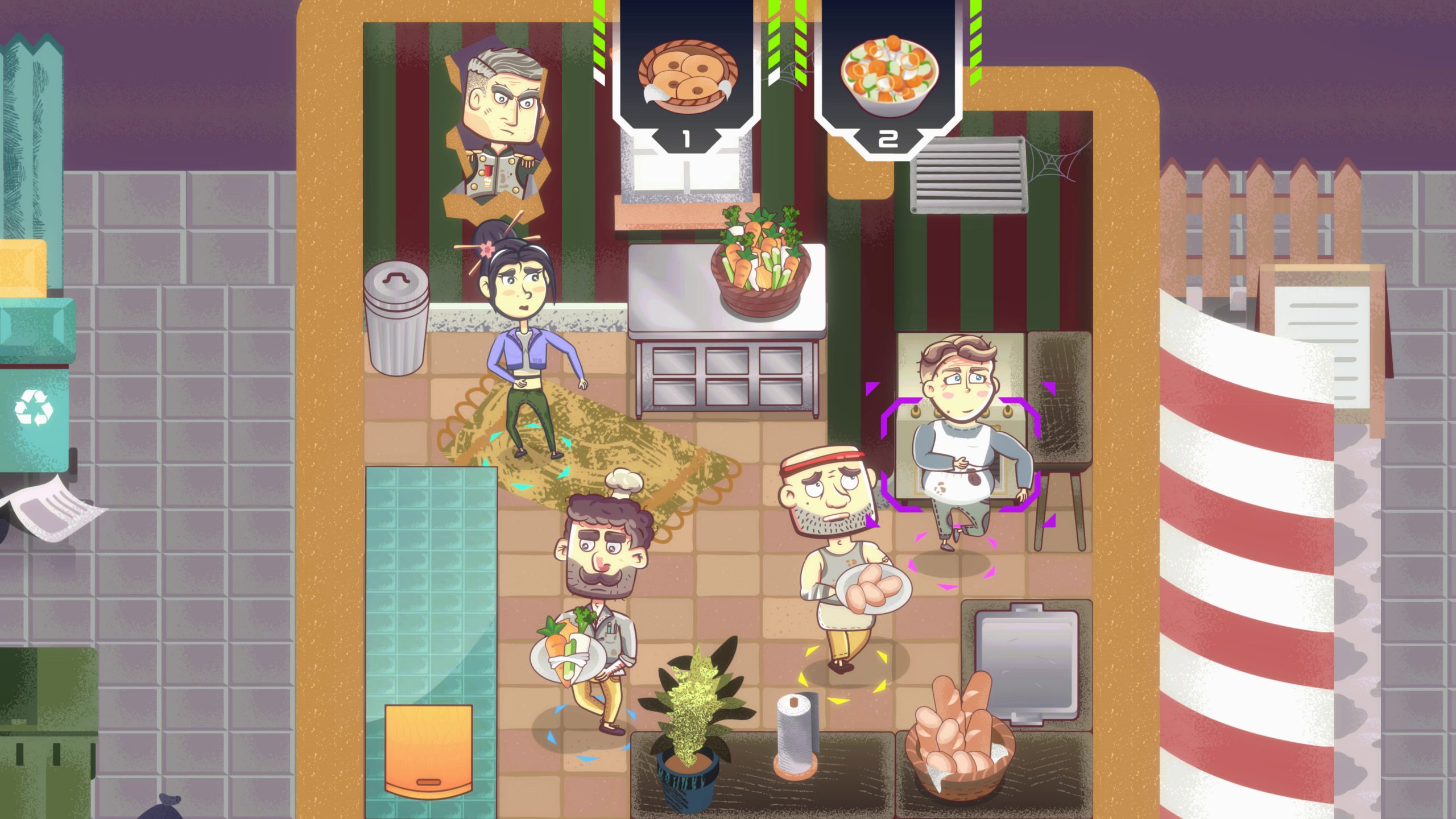 Currently, Let’s Cook Together 2 can be wishlisted on Steam, and there is a short demo for you to explore. I am very excited for their Xbox launch, although that is planned for far later in the future.

Burger Balance is all about careful ingredient balance