When it comes to cooking couch co-ops, the only game that normally springs to mind is Overcooked — a classic. So, when we came across Let’s Cook Together, we were excited to take on a new cooking challenge, together!

Let’s Cook Together has you and your partner divided across the kitchen. You both play as massive vegetables, for whatever reason, who happen to be on a TV show where they need to cook together in an ever-changing kitchen. The issue is, as the kitchen is divided, you both need to throw items back and forth in order to make the dishes you want to make.

If your partner is holding something and you throw them an ingredient or dish, it hits them in the face, making them move slowly and ruining the dish itself. So, you will often find yourself calling out, asking for items, and announcing that you are throwing things — so that your partner knows exactly what is going on. Often, a machine will be on one side of the screen, with the needed batter or ingredients on the other, causing a lot of throwing and chaos in the kitchen. 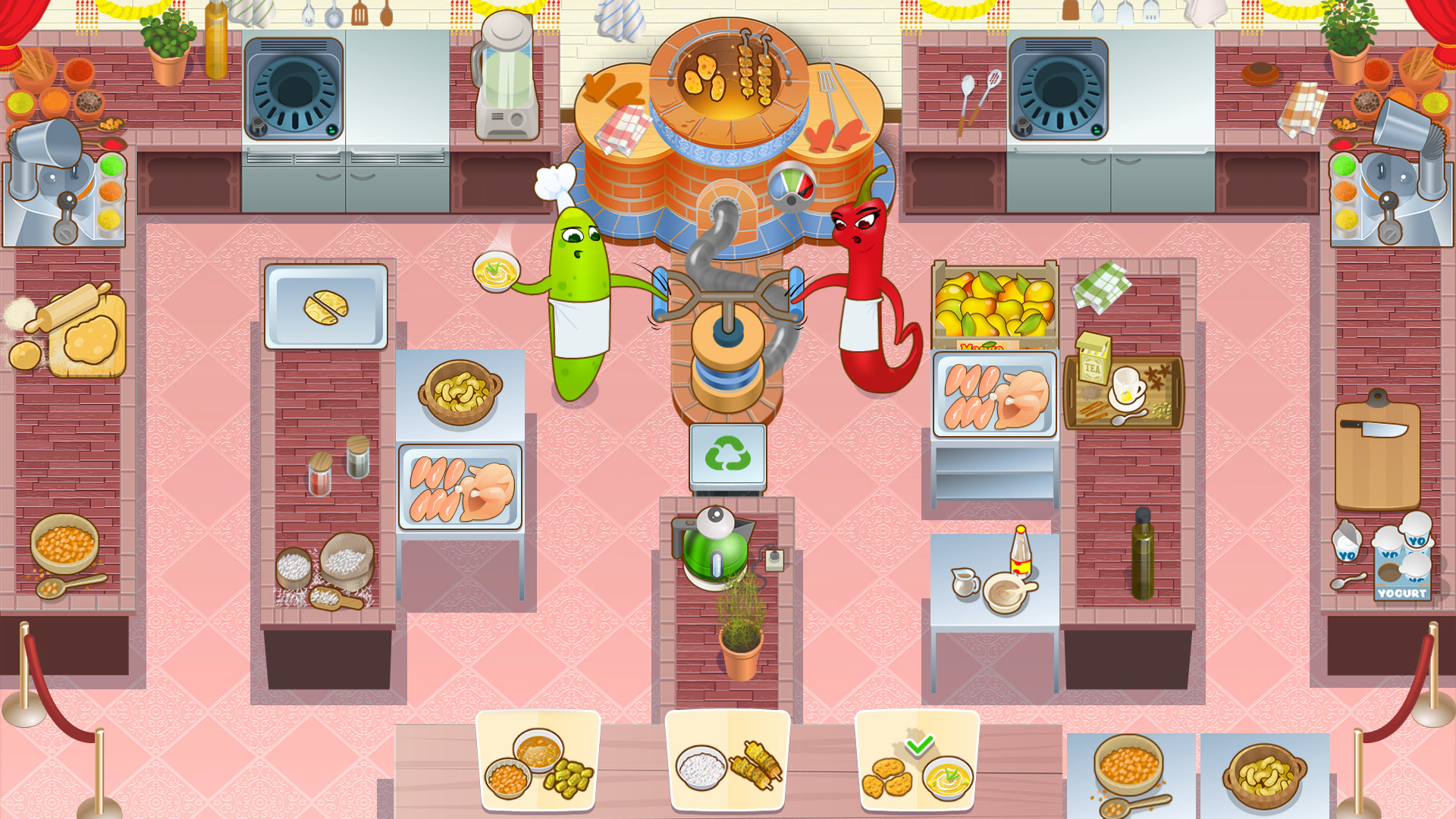 Add in timers, orders coming in quickly, and the fact that you might not be seeing everything going on all the time, and it’s madness. There is a combo that gives you more coins if you fulfill orders one after another, so that became something I aimed for, each and every level. When you finish a level, you actually are able to go to an upgrade screen, where you can purchase benefits for that specific kitchen, but after a while, you will end up on a new series of your TV show, with a new kitchen, theme, and recipes to master. So picking and choosing these upgrades before you switch kitchens is key to having a great kitchen to work through. Often you cannot unlock all of the upgrades, so it’s not a game that requires full completion.

As the recipes get harder in Let’s Cook Together, the game becomes more clever. There was one, quite late level where both sides of the kitchen got access to a giant pot, which needed to be puffed with air. Both players could puff this middle bit, which meant we were often watching and calling out to each other, to keep that pot warm! It’s a neat idea, with a lot of team work going on. 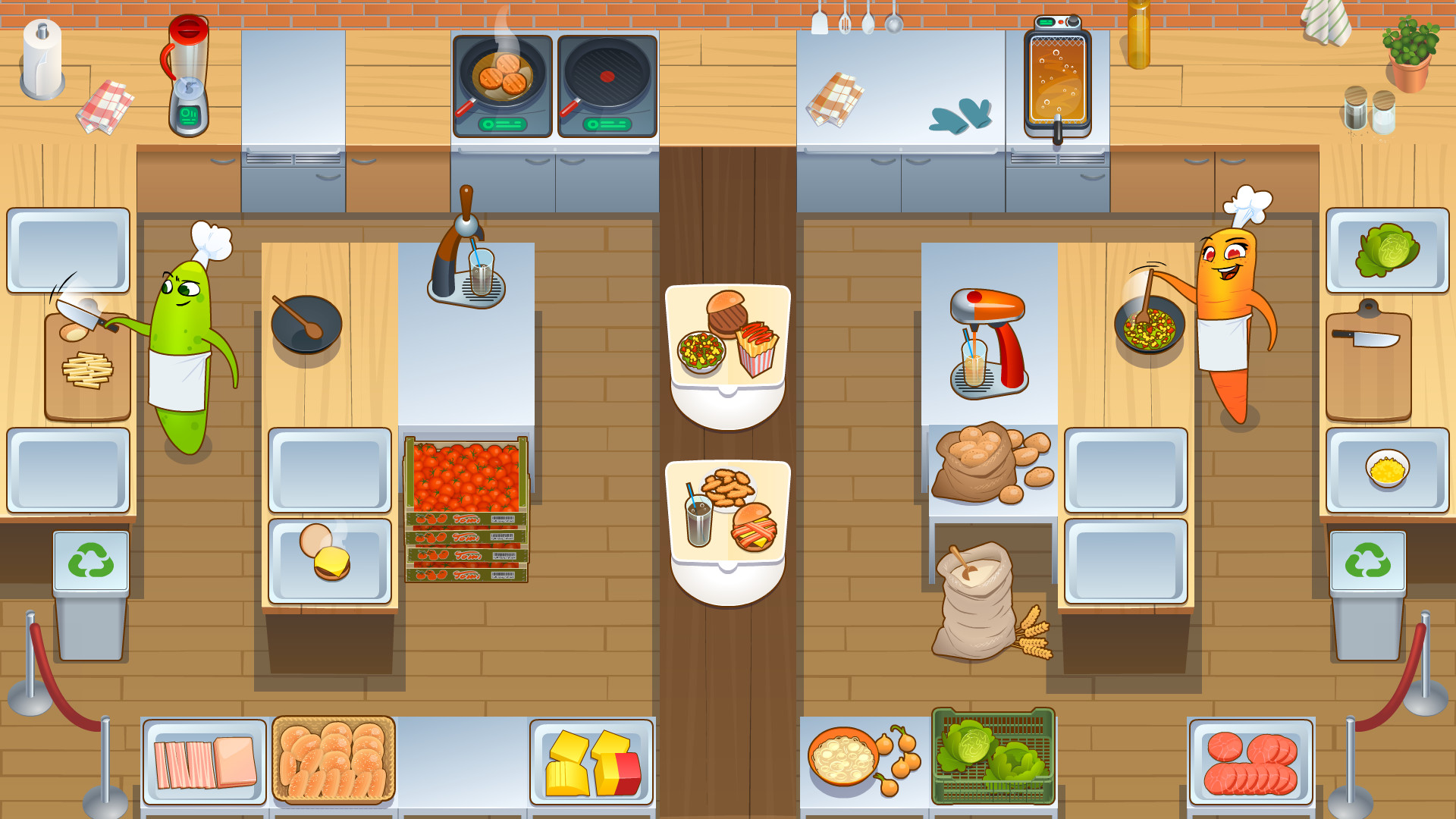 Let’s Cook Together is a chaotic couch co-op, but in a different way to Overcooked. It’s still fun, and as the game is designed specifically for two players, there is no need for another two to help you out. You can simply play it with your partner and have a fun time, tossing ice creams around and chopping up tomatoes for burgers, all while shouting CATCH whenever you throw something!

You can find Let’s Cook Together on Xbox, PlayStation, Nintendo Switch and PC.