Munchkin is a game that everyone has at least heard of, if not played. There are tons of variations of the game, including lots of brand collaborations, that bring their own twist to the game. We got our hands on Munchkin Spongebob Squarepants, which is a newer addition to the Munchkin category. 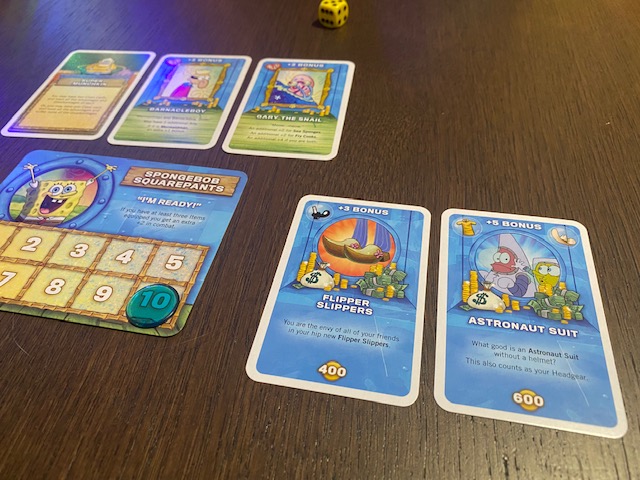 You also get a hand of five cards, but cannot go above ten cards in your hand at any time. On your turn, you can kick open the door, facing off against the card flipped from the door pile, or — if you don’t get an enemy — face an enemy from your deck, or put a card from the door pile into your hand without revealing it.

When you kick open the door, there might not be a monster to face on the other side. There might be a bonus card to add to your hand or even a class card for you to place on your character. But often, there is a monster. You will then need to look at the level that monster is and compare it to your level. If your level is bigger, you can defeat them. If your level is not, you will need to start seeing what cards can boost you. Your level can be boosted by permanent items like gear, which your character wears, or by temporary cards, which just work for this round. 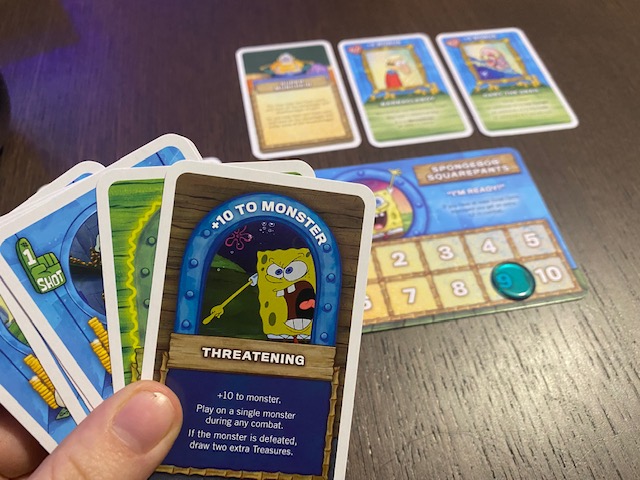 Other players can also help you, adding their score to yours, but will often want some of the rewards you would get if you defeat the monster in the end. Players can also choose to use cards to help boost the monster, forcing someone to lose. If you do win, you get the listed treasures on the card from the treasure deck into your hand, as well as the opportunity to go up a level. You can make deals with other players to give them some treasure to help you, if you’d like! If you lose, you must roll a die and get above a five, otherwise the Bad Stuff listed on the card happens to you. 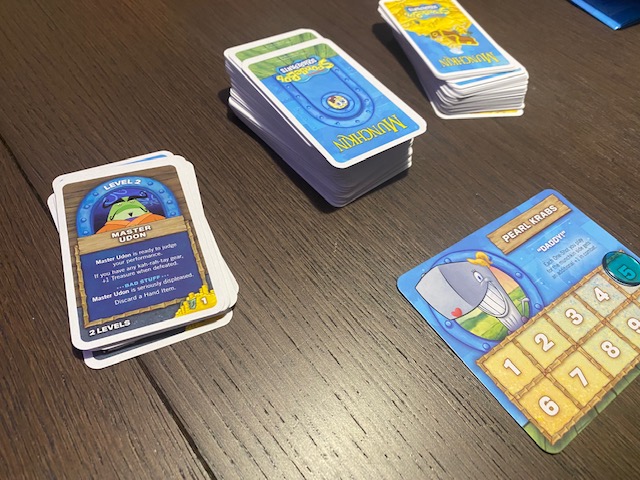 Going up levels is a quick job, especially with the number of bonus cards that there seems to be in this version of the game. Class cards and other complexities seemed less prevalent, which made Munchkin Spongebob Squarepants seem more accessible for a younger audience; this probably works with the Spongebob theme, to be honest!

The theming around the brand works well in the game, with characters having good descriptions and monsters having captions that did refer to who they would be in the show. You can’t beat a game of Munchkin, and if you are fans of Spongebob Squarepants yourself, this is a decent addition to your collection!

You can find Munchkin Spongebob Squarepants from their website.