Grow: Song of the Evertree is a slice of life adventure all about nurture

The last few years have created a massive surge in the Slice of Life genre; with the outside world closed off for so many people, it’s no wonder that they looked inside for somewhere to escape to instead. Animal Crossing was a phenomenon, but then we started seeing more and more peaceful games about building rather than destroying. Not one was as ambitious as the recently released Grow: Song of the Evertree.

Regardless of how peaceful a game can be, there often needs to be some sort of direction. In the case of Grow: Song of the Evertree it’s a simple but effective one. The wise alchemists have left, with only a young apprentice left behind — that’s you. Guided by Coppertop, an alchemical assembly and Book, a… book, you have to fight back against the Withering, a thorny, dark plant that’s almost fully consumed the Evertree and, as such, the entire planet that your people used to call home. You fight back through growing seeds and nurturing worlds up in the branches of the Evertree, that and building harmonious towns in the area at the foot of the tree.

It’s all about helping, really. Each day you wake up, complete any assignments that need finishing on the seeds — which initially spawn barren or worse — gather resources so that you can build and decorate your towns, complete chores and errands for your townspeople and then rest to repeat. It’s incredibly peaceful, and there are a lot of times where the procedural generation is really impressive, or where you take a step back and remember that there weren’t any buildings standing when you first reached an area. That’s really nice, and that’s really the whole thing with Grow, it’s incredibly nice. It’s warm and comfy, and it really does a great job of making you feel like you’re changing or creating worlds.

The seeds have a deeper use than simply being areas to nurture, to find new animals or fish for new species. Most harvesting on seed will give you alchemical essence, and you can use that essence when it comes to creating more seeds in order to, you got it, create a seed that offers out different opportunities to harvest essence and other plants, creatures and more. This is a really nice way to make the game almost endless, and the fact that you can finesse and re-layout out the towns to suit your residents (which are pulled from a pool of just under 100k) only adds to that. 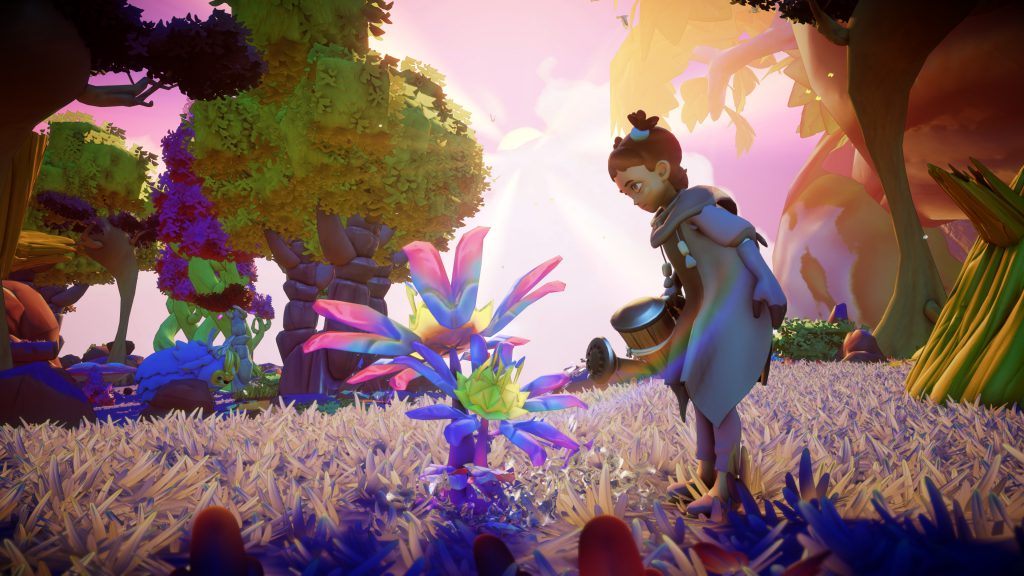 Each of the villagers have their own little personalities, as well as certain wants and interests. They’re each named and have preferred jobs too, so it’s more than just dropping characters into slots — although once you’ve expanded beyond the first town it becomes a lot harder to remember names due to the sheer amount of characters. There’s a point, around 10-12, with characters where you need to actually have adventures and meaningful interactions with them in order to make them memorable — while Grow: Song of the Evertree does try to do this by having them regularly ping you for quests, and many of those quests resulting in them getting new clothes, hair or accessories, it’s not really enough to get them to fully stick in the mind. A good try though.

There’s something extra that I haven’t mentioned though. There’s a sense of exploration that runs throughout because of the fact you’re clawing back the world from darkness, and you’re spawning in new seeds and then sending them out into the world… that’s a really strong feeling and I think it’s very important in order for Grow to be more than a simple game about nurturing. This sense of adventure is hammered in by small quests that send you off to solve puzzles in order to find new parts of the Evertree’s song, that and lots of hidden chests and altars throughout the world. There’s even, for the perfectionists, hidden alchemy tables throughout the world that have recipes for specific seeds on them. These little, extra elements really make it stand out versus some of its contemporaries. 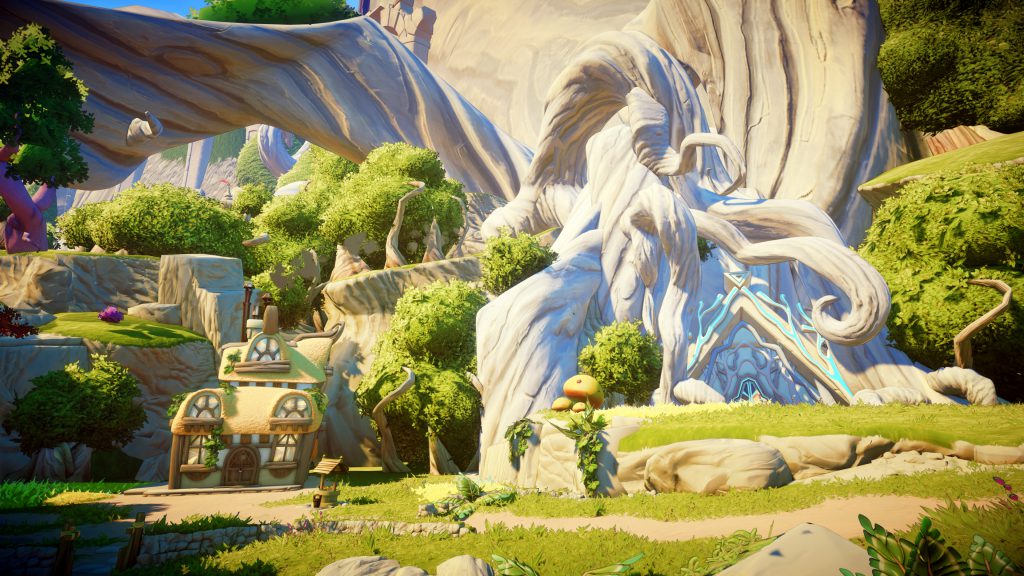 I’m very impressed with the photo mode too, that and how the developers have managed the town-building, considering the sheer chance for chaos that comes with freeform building placement. In fact, the biggest fault here — besides the now-patched launch bugs — was that the onboarding of new features is kept at a leisurely pace and that the few fixed-occurrence characters fade into the background as the world opens up.

Grow: Song of the Evertree is available now for PC, Xbox One, Nintendo Switch and PS4.