Smash Up, much like Munchkin, is a board game that many people have played or at least heard of in their time in the board game space. There have been several different versions of Smash Up, but my first time playing this game has actually been through Marvel Smash Up — a version that takes a bunch of different Marvel factions and mixes them up together.

In Marvel Smash Up, you are randomly given two different Marvel factions — like Spider Man and Shield or Hydra and Avengers — that you then mix up together. These cards actually have a lot of different characters and abilities, and with them, playing styles; putting them together gives you a really varied way of playing each and every time. 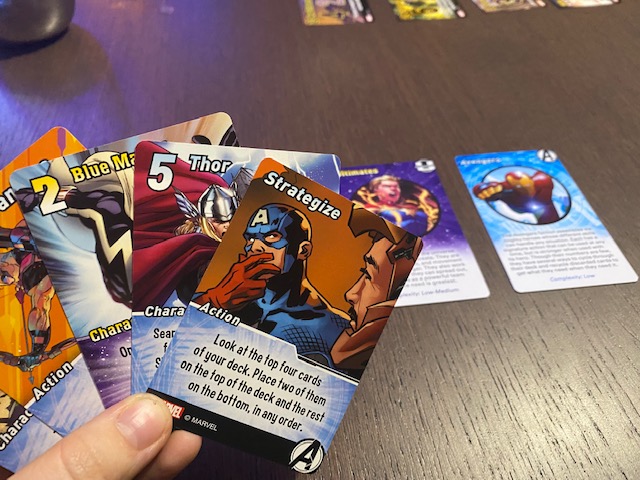 Once you have your decks shuffled, various cards get placed in the center of the table. These are different bases that you are looking to capture for some reason. To do this, you need to use your cards on them to make the power of the characters there greater than the number listed on the card. On your turn, you can use an action and a character. You do not have to play both, but often I found myself playing my hand out so that I got my teeth into various cities. Cards are generally played toward where you seat, but you can also remember what cards are yours, after you have placed them out, as you have big plastic, quite nice feeling tokens that represent your decks.

There are different types of ability within the game, with some that can be used each turn, and others that are played when you place out your characters in a city. Everytime I played Thor, I got to get his hammer and add it to my hand. This could then help me get closer to the number on the city card. Many different players can attack the same city, however, whoever has the most points there when the city topples gets the highest number on the card, with the next higher number of points being awarded to the next person who contributed. This means that sometimes you just need one character on a card to cash in for a few points! 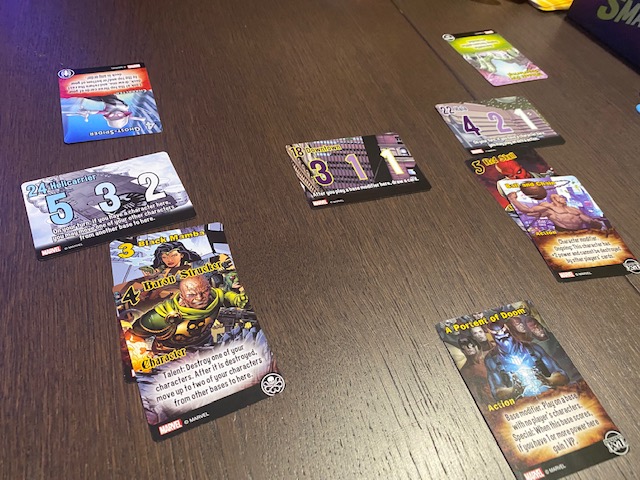 Marvel Smash Up ends when you get a set amount of these points, declaring you the winner. You have the chance to work together — which is something that does have to be done in order to take on the city, but you can also mess with people. Action cards and character abilities will really change things up, allowing you to move other characters off their cards or give them negative points, moving them down the rankings on the base.

When a base is destroyed, your character cards are also discarded, which means that you might find yourself in need of characters. As nice as actions are, you need characters to gain points and bank them, so ensuring you are making good decisions with the limited amount you have is really important. This was my biggest challenge within my hand and something I really struggled with, which saw me losing more often than not. 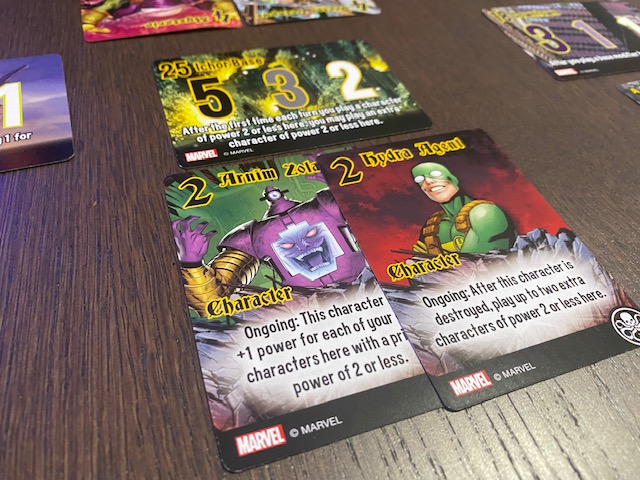 In the end, I still really enjoyed my time with Marvel Smash Up, and found the fact that the decks are so different and combining two made a really interesting premise. I do enjoy board games that give you the option of working together and hindering each other, with a balance needing to be drawn between the two. Marvel Smash Up is a great game that is easy to understand, and is almost certain to include some of your favorite super heroes!

You can find Marvel Smash Up on Amazon.