I know, I know, you’re probably already bored (or maybe board) of all this Ankh: Gods of Egypt content, but hear me out — this is the last review, and possibly, maybe, the most important one except for the base game itself. Today, I’m going to write about Ankh: Gods of Egypt: Pantheon Expansion — in which you’ll find a full five new God characters to play, including all necessary miniatures, power, battle and merge cards, plus a few unique tokens. 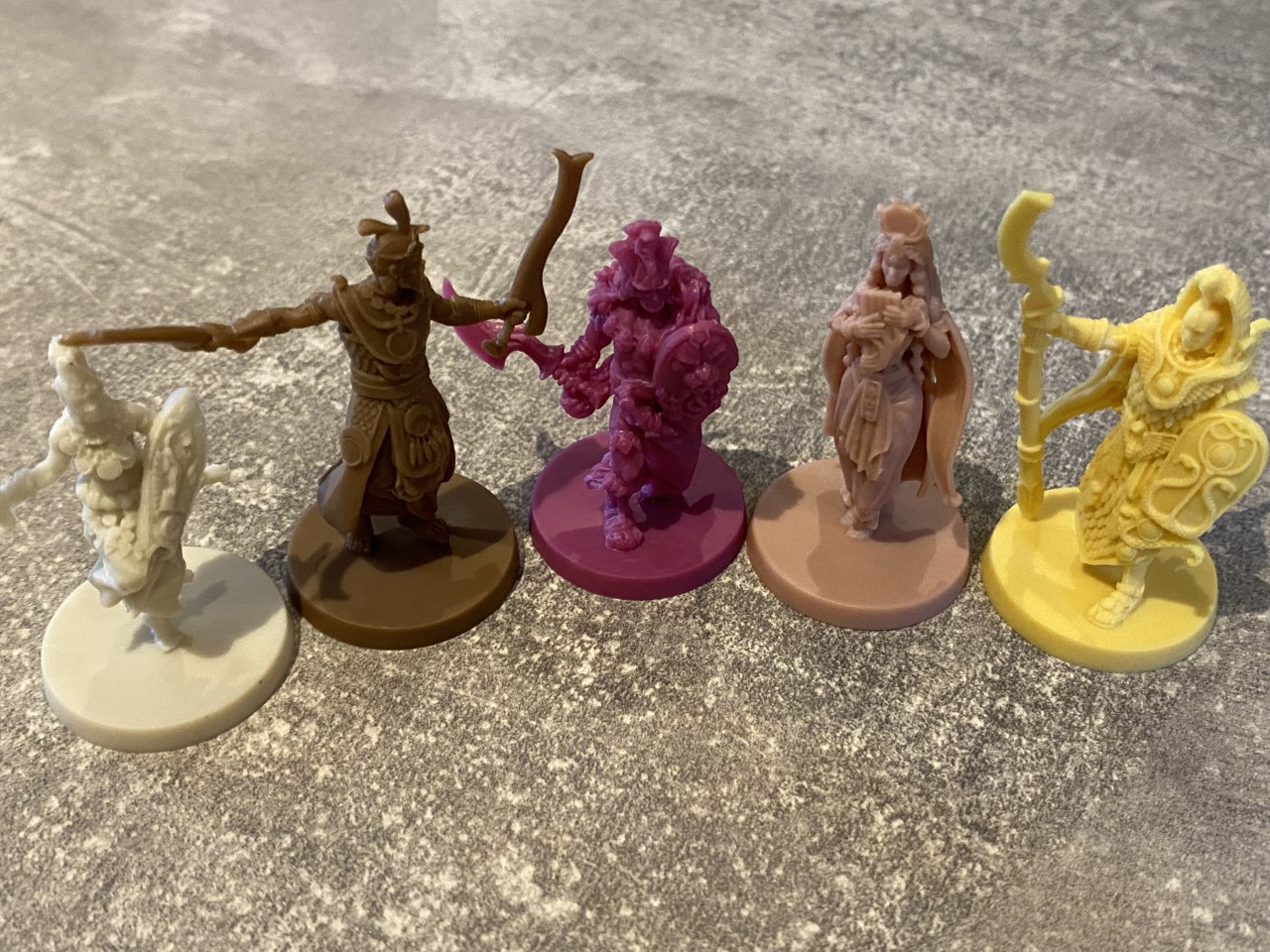 First up is Thoth; God of Knowledge. Thoth basically allows their controller to play an increasing stakes game of guess the answer whenever battles are being resolved. In short, for every battle Thoth is in, their controller guesses what card one opponent will play and places a follower token on Thoth’s board. If the guess is correct, this continues to the next battle. If incorrect, Thoth gives those followers to that opponent. If Thoth gets around all battles correctly, then they can convert the followers into belief — which can be massive.

In short this is a really, really interesting mechanism for an experienced player. Guessing at the card being played by an opponent is always uncertain, but depending on how the Thoth player reads the board state, expended cards and so on, it can be more or less likely one way or another. The consequence of failure is to give away followers (not good) but the benefit of getting perhaps two or three cards right and gaining that much belief is massive.

Horus is next up, and if anything he is the one God who I felt was missing from the base game (Ed — that’s how they get you to buy expansions!!) Horus’ ability is the Eye of Horus, which simply allows Horus to place an Eye token in each of up to two battles. Horus can then name a card (except Cycle of Ma’at) and no player (including Horus) can use it. This is a simple, clever ability that (like Thoth’s) rewards experience and understanding of Ankh: Gods of Egypt over repeated plays. 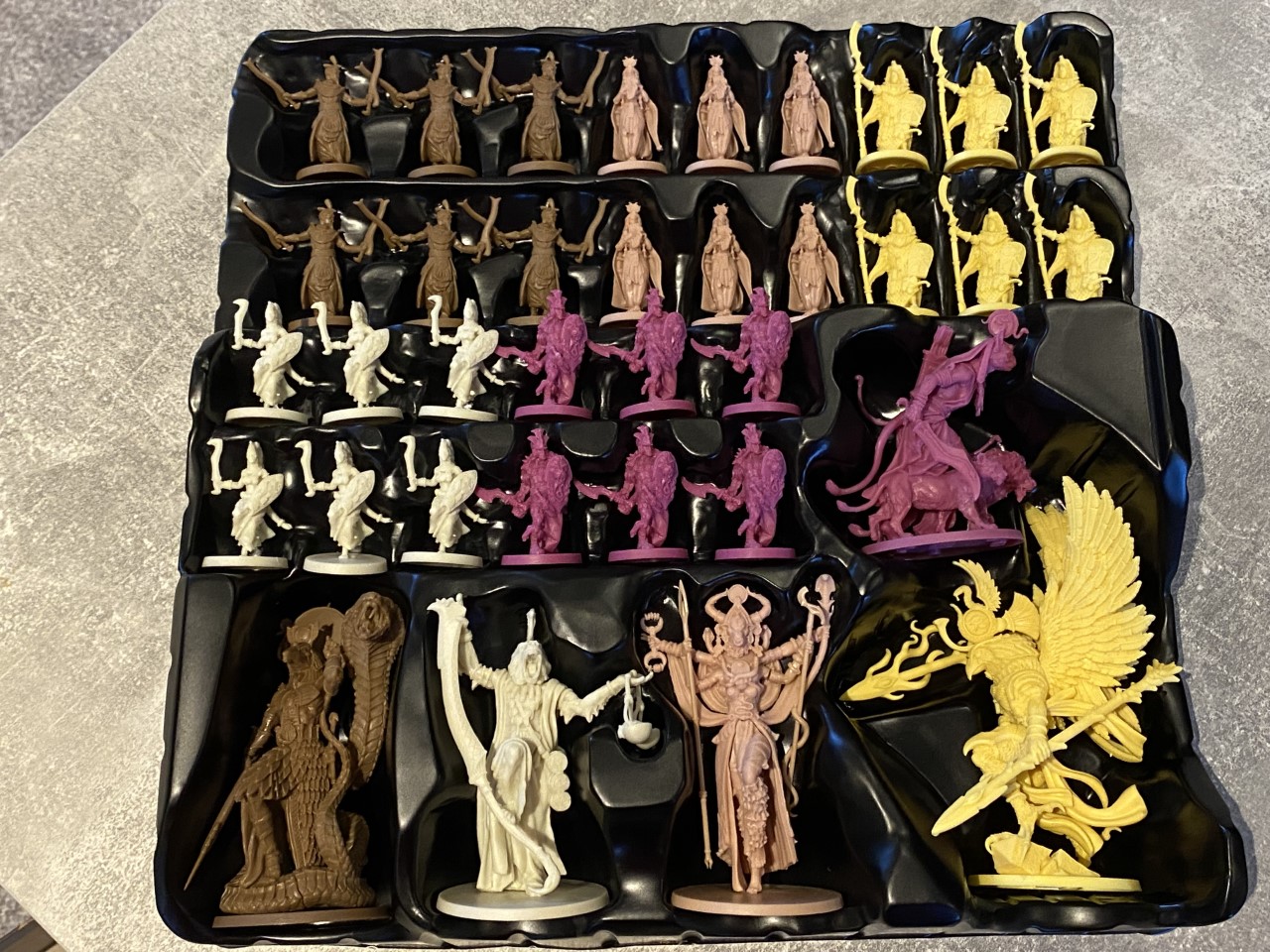 Hathor, the Goddess of Love is our third God, and her ability is another simple one. Selfless Devotion simply allows Hathor to sacrifice an additional follower (whenever she normally would) and in doing so, she can immediately summon a figure, including a Guardian. This is simple, powerful and allows the player to strictly trade up from a follower to a unit on the board — which is very useful.

Bastet, the Lion Goddess is next, and she offers perhaps the most interesting and difficult to explain power to feature in Ankh: Gods of Egypt: Pantheon. In short, Bastet has three cat tokens which are placed into regions (face down) during setup and then again after each conflict. During a conflict, if Bastet is involved in a conflict where her cat token is present, it will be flipped to reveal its strength along with her card — and she has a one, a three and a star (which is worth zero).

The one and the three strength cat add that strength to the battle, whilst the star simply adds nothing. However, at any point before a battle, an opposing player may move a unit adjacent to a cat token to reveal it… If it is the one or the three, it leaves the board, but if it is the star, it kills that unit (assuming it is not a God) and then Bastet replaces all three cat tokens. 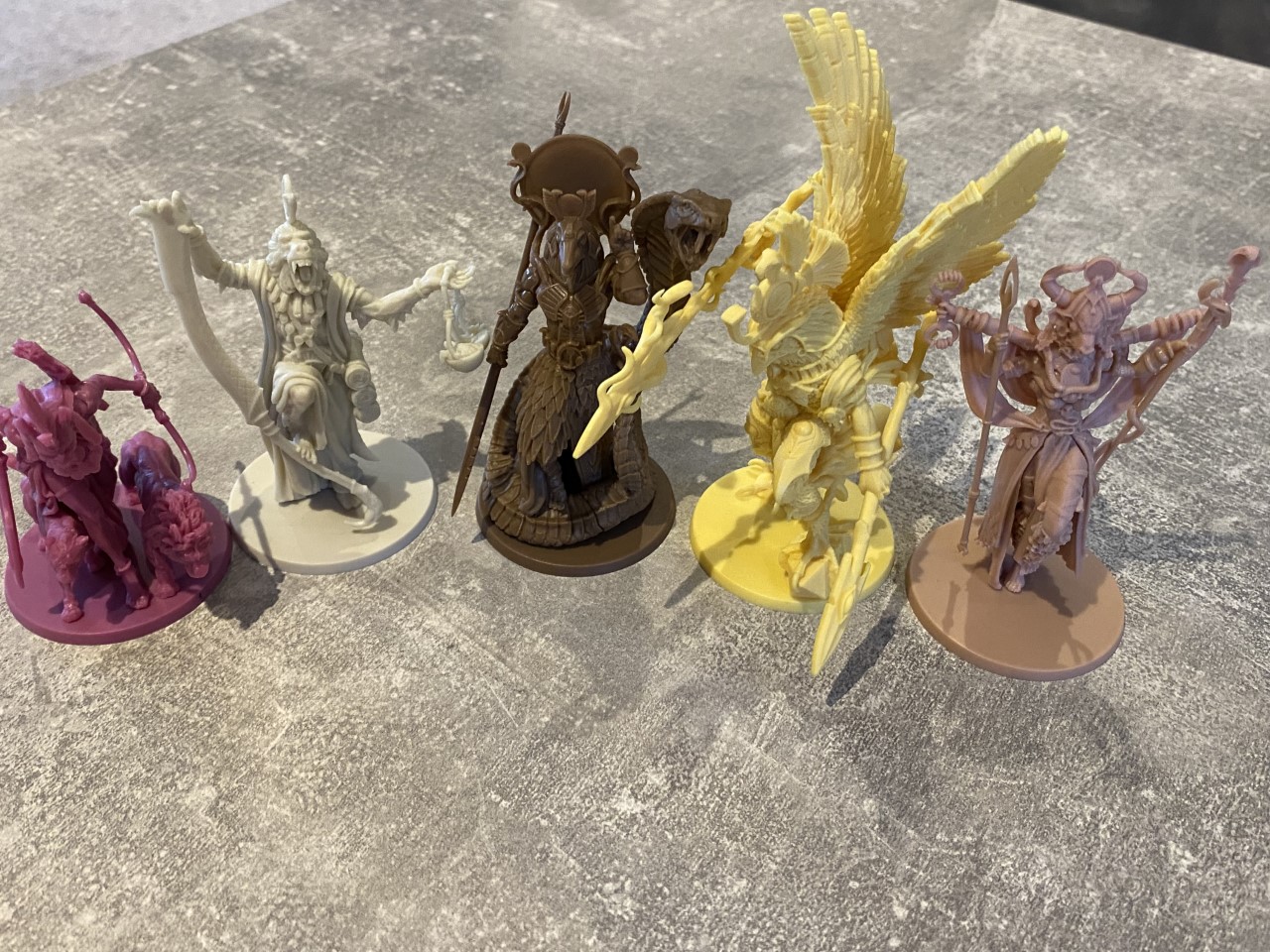 This is a really fun ability that you can use to really mess with your opponents. They either take the risk in battle that up to a three point swing is going to hit them (and that’s a lot) or they investigate and either suffer a one in three chance of losing the unit, or waste their time moving a God over. It’s very neat, and not tough to use whether you’re a beginner or an expert.

Finally, we have Set, the God of Chaos. Another candidate for inclusion in the base game, Set has the ability “The Betrayer” which works more or less just as it sounds. When a conflict event occurs, any warrior or Guardian standing next to Set will count towards his power/presence rather than that of their own God. Yep, it’s just that simple — just get Set into the thick of things and you’ll either force your opponents to scatter, or you’ll simply steal their strength at will. 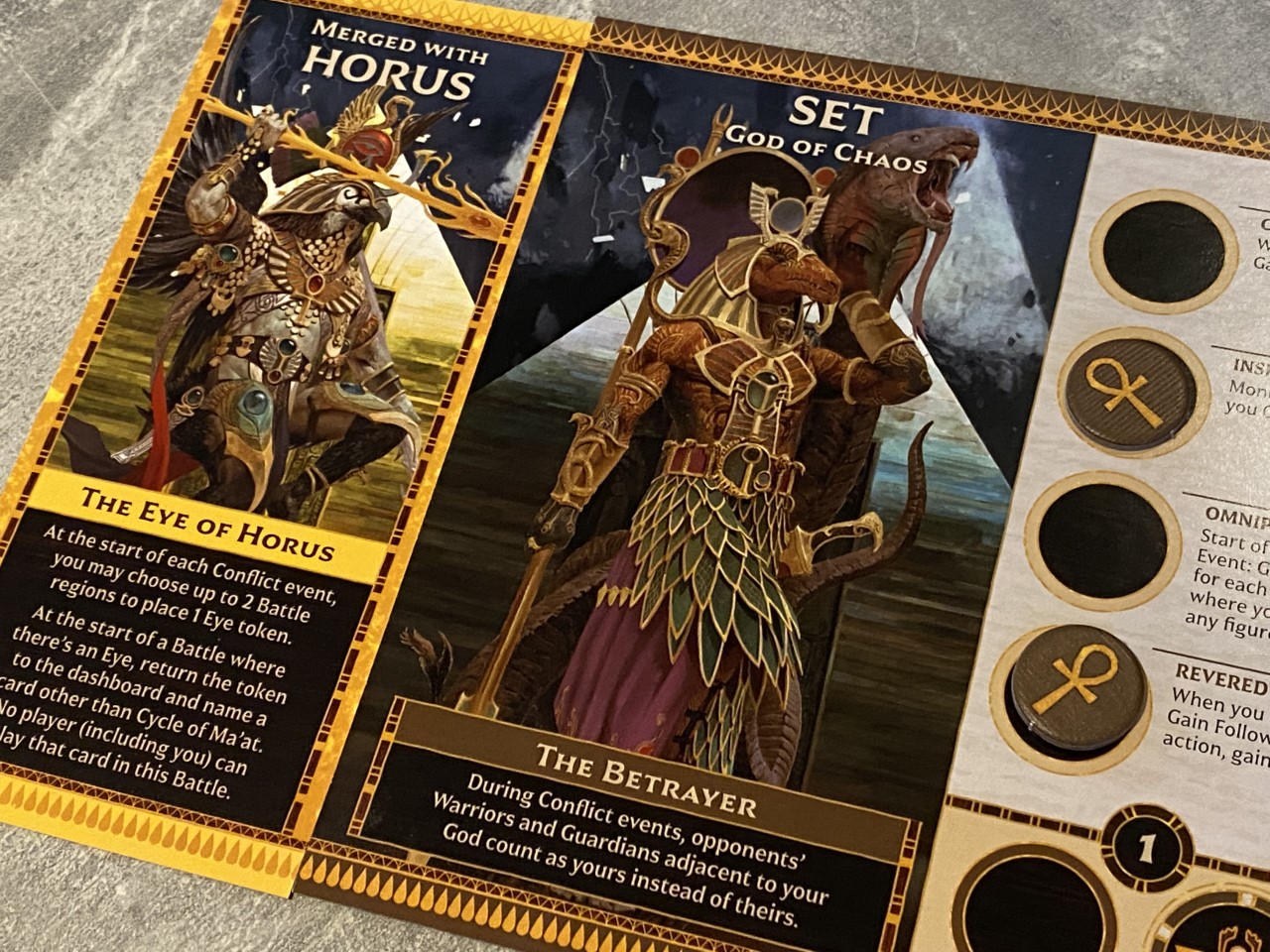 These new Gods are super cool, and there is no filler here. Each ability is distinct from both the others in the set and those in the base game, and that’s before I even discuss the new models and miniatures. Once again, CMON have delivered an unbelievable product here in terms of production quality, with gorgeous artwork on the cards, and miniatures that stand large and proud on the board and bring clear individuality to each God.

The Ankh: Gods of Egypt: Pantheon can be found on Amazon.