If you’ve read my recent review of Ankh: Gods of Egypt, then you’ll know how big a fan I am of Eric Lang’s epic “Mythic” trilogy. Ankh is a fantastic game in its most basic form, but as with most games launched via Kickstarter, there are already several available expansions. Today’s review is for the first of them; Pharaoh.

If you think about what Ankh: Gods of Egypt is about (the influence of Gods waxing and waning among the thoughts of the people) then the lack of the Pharaoh in the base game is actually quite a big omission. In ancient Egyptian culture, the Pharaoh was the living conduit to the Gods — someone who must be obeyed or else the wrath of the Gods might be called down upon the people. Or, conversely, if the Gods fail to seek to influence the Pharaoh, then he might lead the people to follow a God who does. 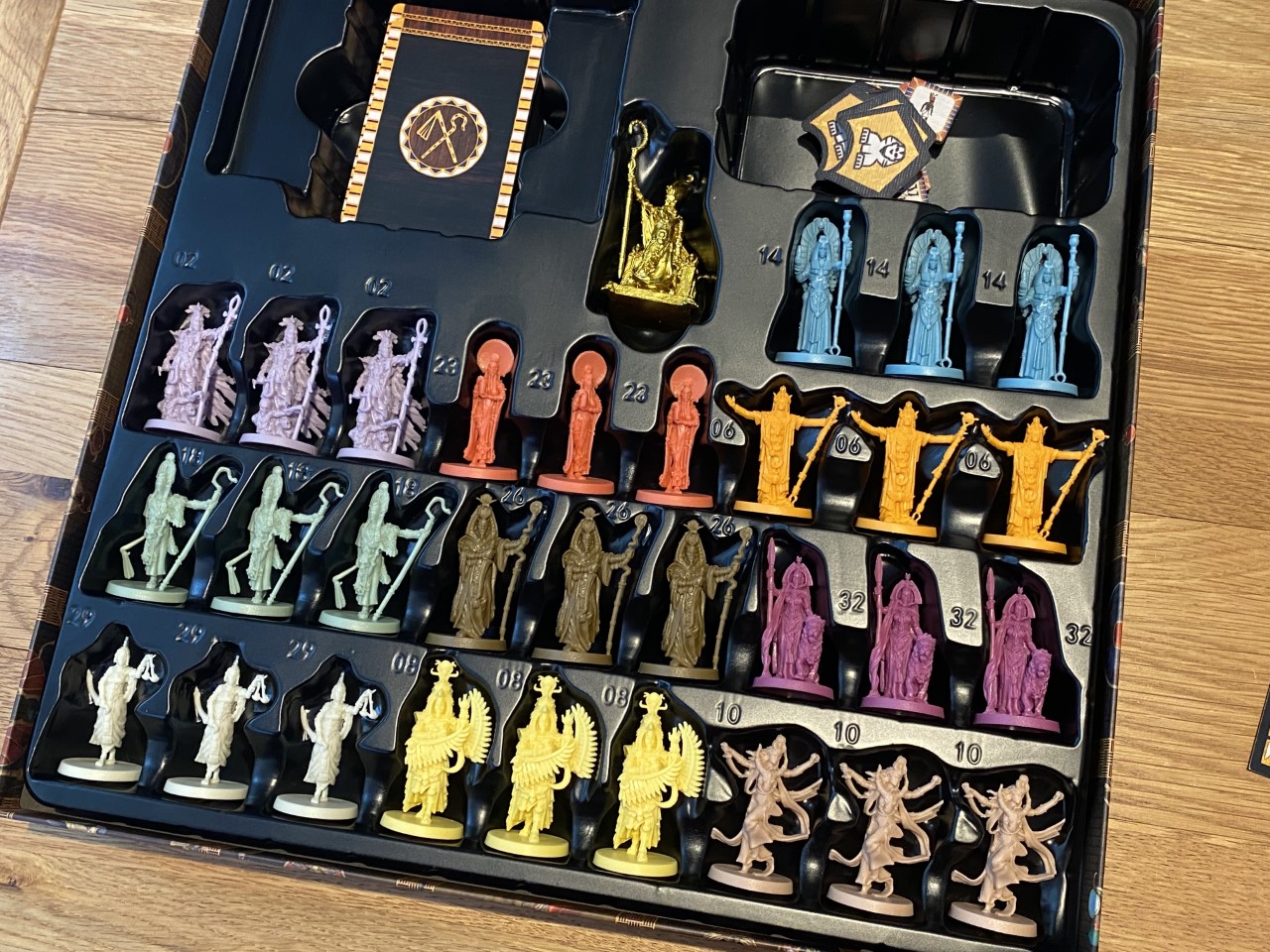 The Ankh: Pharaoh expansion seeks to pick up on this theme through the inclusion of a Pharaoh figure (in gorgeous, golden plastic) who moves around the board depending on which player influences him. The expansion comes with several different Pharaoh cards (each with their own ways to influence the game) and a new building type — the Sphinx. There are also three priest figures for each God, including the five God’s included in the base game and the five included in the Ankh: Pantheon expansion (which we have not reviewed yet). 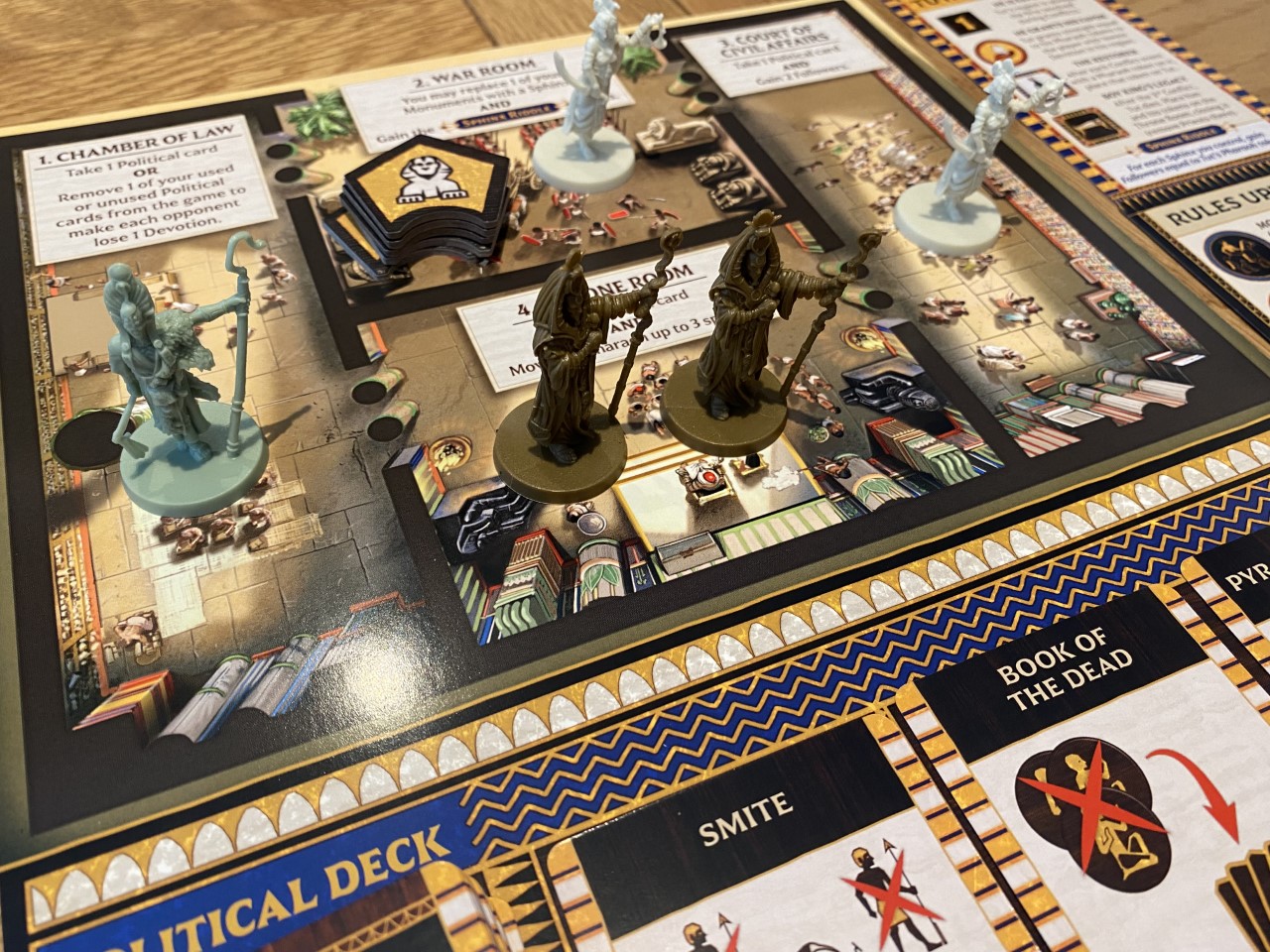 With Ankh: Pharaoh in play, the players must manipulate the Pharaoh – who will begin the game in a space adjacent to a temple held by the last player. They will do this by summoning priests to a new Throne Room board, which includes four spaces. These spaces allow the player summoning the priest to move the Pharaoh, take a politics card (in two different ways) or gain devotion depending on your board presence. 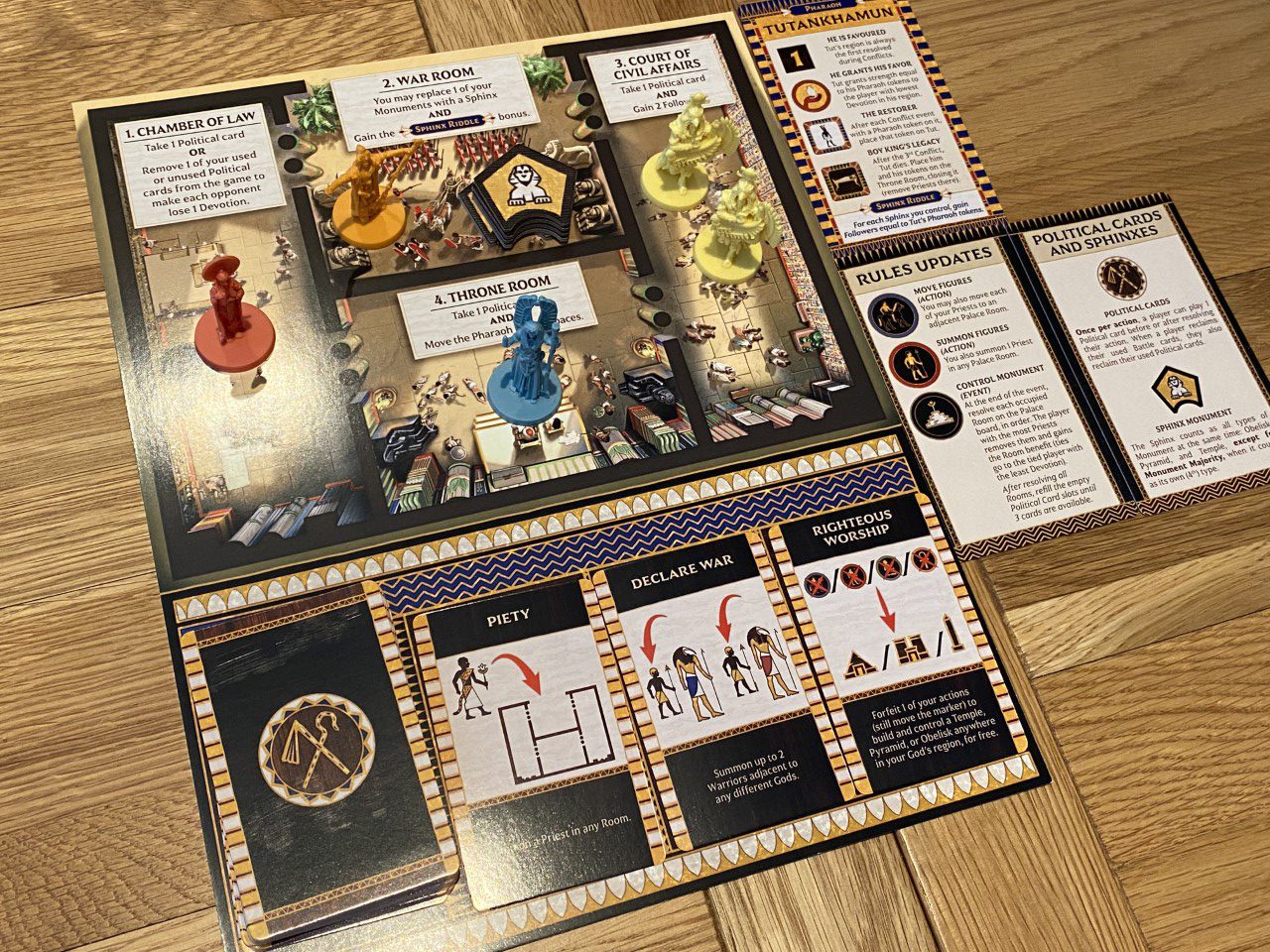 Politics cards are potentially the biggest inclusion. These cards do very powerful things — mostly by enhancing existing actions. Summon two warriors instead of one, move an extra space, gain additional followers. Whilst powerful, many of these things are conditional, and as such, you’ll have to work a little bit within the boundaries of the normal gameplay in order to take advantage of them — which is really cool. 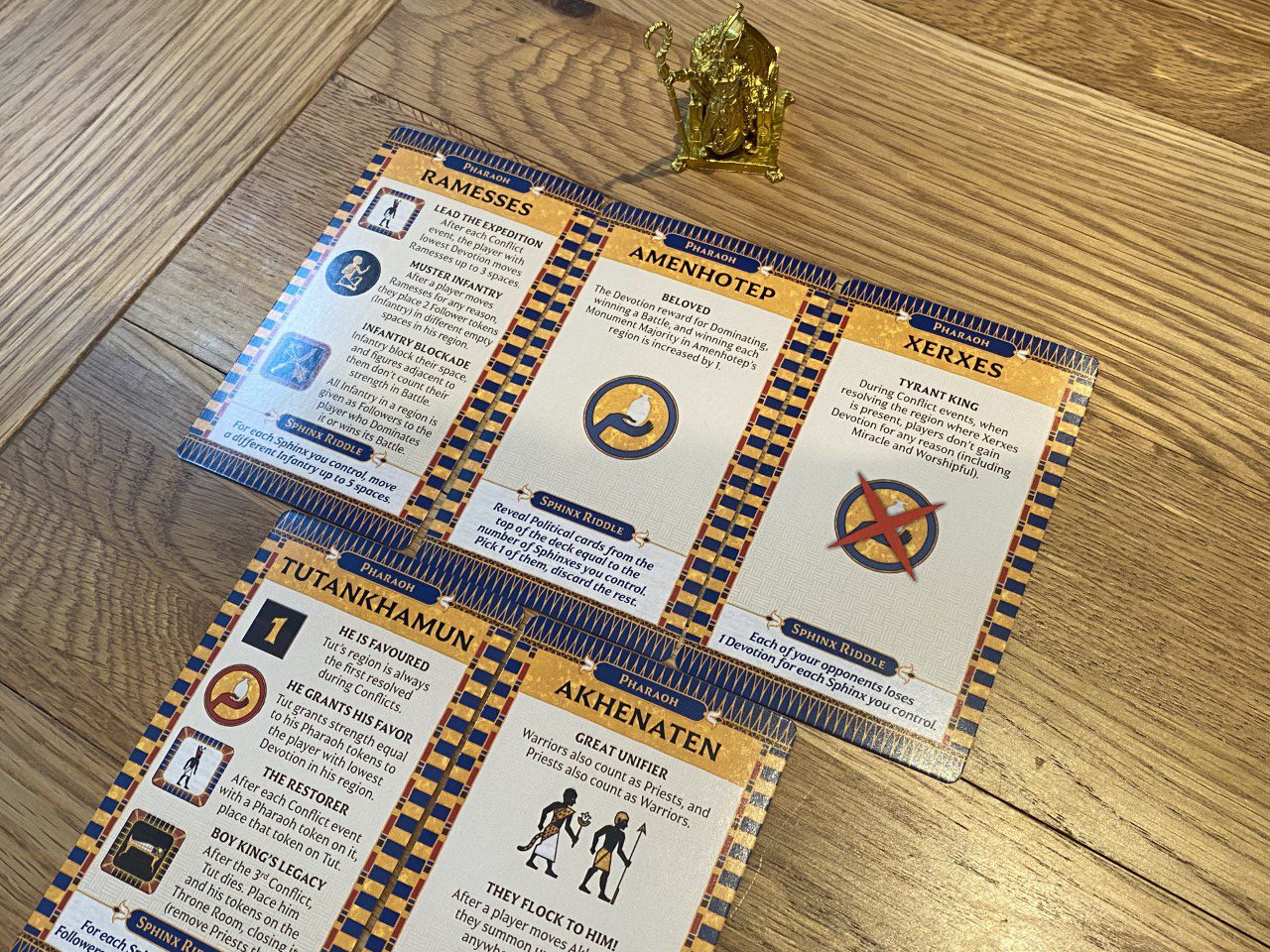 Pharoah is an expansion that I would almost always play with when I play Ankh in the future, but there is one caveat. This is a fifty pound (roughly) expansion, and if you don’t have the Pantheon Gods, then half the content is no use to you. So, is it worth it without Pantheon? Maybe. Is it worth it with Pantheon — I hope to find out soon, but my instinct tells me it definitely is.

You can find the Ankh: Gods of Egypt: Pharaoh expansion at your local game shop, or you can check out BoardGamePrices.