When it comes to the mobile gaming field, there are so many different types of strategy games out there. There are massive 4x strategy games, real time tactics based games, turn based games, and then there are territory conquest games. Territory conquest games allow you to, as you may have guessed, gain land in a world, through battling enemies and removing them from the area.

These types of games often are more hardcore when it comes to being a strategy game – giving you much more of a challenge as you take on a huge map, looking to claim as much of it as you can. If you are looking to sink your teeth into some mobile territory conquest games, we have created a list of the top 10, to fill that void in your phone.

The time is World War One, and you can choose which nation you want to bring to the top. Through land management, resource gathering, and tough decisions, you need to make sure that your empire doesn’t crumble! There are lots of different trade deals and fights that you can take on, as well as training to do, battlefields to figure out, and an entire country to develop. It’s up to you to conquer the world, and you will need to make the best decisions and manage your resources to become the best.

You can find Supremacy 1914 on PC and mobile devices.

Civilization VI is a strategy game that comes up whenever people mention strategy games, so it makes sense that it is on this list. This is a turn-based strategy game with 4X elements, where you need to take your small tribe and build it up. Slowly, taking over the entire planet, you must build, expand, and take down any tribes that are in your path. You can make decisions that will help develop your tribe’s technology, government, and even your culture. It is worth mentioning that Civilization VI is free for the first 60 moves, giving you a little demo into the game.

You can find Civilization VI on PC, Nintendo Switch, Steam, PS4, Xbox One and mobile (Android and iOS).

FILD Renegade Monsters is a single player, board game, strategy game that is more on the simple side, in terms of games on this list, making it much more approachable when it comes to the territory conquest genre. You will find yourself fighting against AI, who continue to get stronger as the boards themselves get larger. You need to place in members of your arm, watching them spread out and take over the army of your opponent, slowly dominating the board. As boards get bigger though, moves can be more fatal, and you can find yourself up for a real challenge.

You can find FILD Renegade Monsters on Android and iOS.

Slay is another simple strategy game, this time set in a medieval where you are on a giant island, divided between 6 different players. And, you are looking to be the dominate player on this island, taking over land and making sure that your own territory grows larger while also becoming stronger. You can take land by attacking it with your peasants – then using the land to ensure that your peasants grow stronger, evolve, and can take on stronger enemies and their buildings. It’s all about balancing your expansion and growth so that you don’t end up going bankrupt.

You can find Slay on Android and iOS.

Paint.io is quite a different type of game, on this list. It provides a more casual take on territory conquest, providing you with a blank world, where you and other players are looking to block out areas of the world, to add your own color to it. When you go out, away from your actual starting place, you can see a trail behind you which is faded, once you loop back to your land, this all fills in becoming yours. If you have a faded tail, and someone runs into you, you will actually die, ending your conquest. It’s a simple game, with a big “one more go” feel.

Paint.io can be played in your browser, on mobile devices.

RISK, the classic board game, has found its way to PC and mobile – and you can actually cross play on mobile with people on PC when you play on mobile. This board game allows you to dominate the world, through turn-based phases, where you need to make decisions that will allow you to slowly take over the map, claiming territories and expanding your control on the world. RISK has a bunch of different maps to choose from and a large playerbase, so you can find yourself playing against some very challenging opponents.

You can find RISK on Nintendo Switch, PC and mobile. 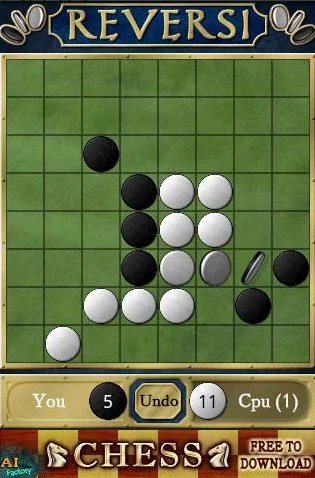 Reversi is as classic as it gets – with stripped down graphics, easy to pick up and play gameplay – it’s a mobile take on a classic that doesn’t have a bunch of bells and whistles. In this game, you play as either black or white, trying to control the most pieces on the board by turning them into your color, through placing pebbles frog-hopping over pebbles of the other color, taking over the ones who you have hopped across. This may sound really challenging, but once you start playing, you will find it’s very easy to pick up.

Reversi. can be found on Android and iOS.

Plague Inc. has been charting for quite some time, as it’s a disaster simulator where you can infect all of the world with a deadly virus. There are scientists working against you, so you need to adapt your virus, spread it around the world, make sure that the most people can take this virus and bring it even further. As you infect the entire world, you can watch the map explode with red, taking on everyone.

You can find Plague Inc. on Android or iOS.

Another more casual territory conquest game, you will find yourself looking at a large map, trying to take over as many of the states and countries that you can, through solving puzzles and fighting against armies. You will also need to be blocking your opponents moves, destroying their towers, and defending yourself. It’s quite a challenging game, with a simple graphic design, giving you an easy to follow map with lots of puzzles and strategy to keep an eye on.

State.io is on Android and iOS. 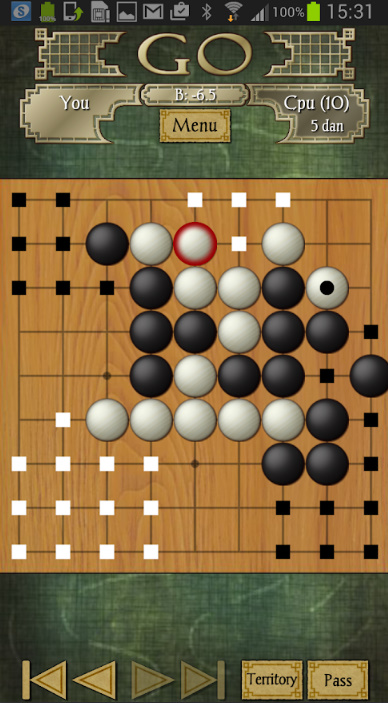 Go Free is a similar looking game to Reversi. You will be playing against one other opponent, a single color, while trying to control most of the territory through placing your token over the opponent’s token, flipping theirs to your color. Go Free has a bunch of different options, which will allow you to change the board side, the difficulty and more, creating a game that you can learn from and best play as you hone in your skill.

You can find Go Free on Android.