Stable Orbit: Houston, We Have a Lot of Problems

Stable Orbit meandered out of Early Access touting several keywords that never fail to get my attention: ‘space’, ‘simulation’ and ‘disasters’. I have a morbid sense of Stockholm Syndrome with games that let you play for hours, only to decisively kick your house of cards over in one fell swoop when you think you’ve got the hang of it (see: Dwarf Fortress, RimWorld and my life for examples).

I decided then to don my over-priced spacesuit and see what wonders Stable Orbit would offer me in the ‘people-living-on-a-space-station-only-to-watch-their-efforts-crumble-whilst-overcome-with-futility’ department.

This review takes place four hundred kilometres from the surface of the Earth, as the combined efforts of multiple nations at creating a beacon of humanity in the heavens drifts over the Pacific Ocean, the infinite cosmos reflecting off its exorbitantly expensive solar panels which cost the annual GDP of a small African country to maintain for a single day. The ISS Sardine Tin passes over countries, oceans and continents while the sole occupant — Dave — attempts to research something about microbiology whilst casting worried expressions toward the waste disposal unit. It’s getting increasingly full of his digested ration packs, and he knows the combined nations of Earth didn’t give enough funding to actually remove it.

The Sardine Tin started off as just a core, with all the supplies and life-support required to keep just Dave alive for a few days. The game’s tutorial then explained rather awkwardly that you’ll need to spend pretty much all of your funding just getting the station in an occupiable state; I guess this is a draw for realistic simulation fans, but it seems a tedious first step each time your station befalls disaster (which is often) as you’ll need to repeat these same starting steps again each time. 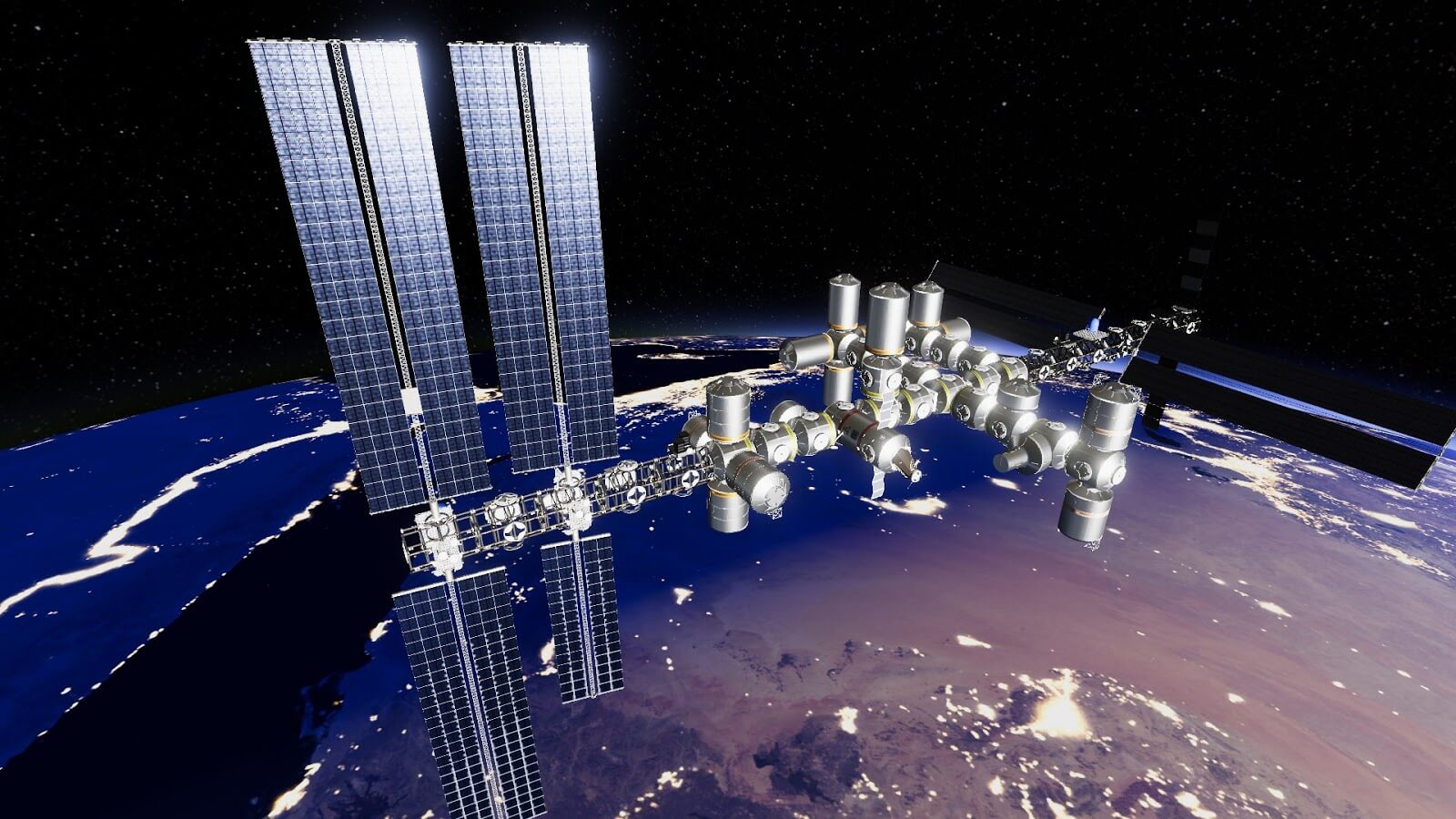 I shrugged, and jammed on support struts, added solar panels, batteries, something to hold Dave’s faeces, and storage for oxygen, food and water. The Sardine Tin was now a super-expensive space hostel, with millions in funding being drained every day just keeping the thing afloat and in one piece, but the initial funding was drying up and the only way to make money is through research. To achieve that, the tutorial says, you need to build a research module. Except I couldn’t, because you need to buy a specific set of modules in a fairly quick time frame in order to have enough money to build a functioning station and research module to see you through until your first research contracts pay off. Sorry Dave, you’ll have to wait until humanity enters another period of united peace and hope they launch another one.

I started a new game, re-launched the ISS Sardine Tin, carefully built the exact things specified by the tutorial, and managed to get a research module to materialise successfully. It would be a few in-game days until the next shuttle arrives, so I jammed the game into hyper speed and waited.

A few things became apparent as I watched the sun rise and set in rapid succession, waiting for Dave to take up his mantle in low orbit: the station automatically keeps its altitude, which the AI seems bound by law to inform you of every time it fires off the thrusters — which is about every thirty seconds. After a couple of hours of gameplay, “performing orbital station-keeping manoeuvre” is now burned into my subconscious and I wake up in cold sweats at night to the dispassionate announcement in my nightmares. There is no option to turn those particular notifications off, nor are there separate volume controls for the AI voice, meaning you’re stuck with the frustratingly frequent announcements unless you choose to manually keep the altitude. This is possible, but you would need to keep mashing that button every few seconds to prevent the station tumbling into the atmosphere and lovingly embracing the ground as a burning wreck, which seems an entirely pointless feature to include.

You could play the game on normal speed, meaning the AI announcements become a bit less frequent and manual altitude adjustments occur every ten seconds instead of three, but once you get a scientist on board and start taking on research contracts you realise there is literally nothing for you to do aside from mash the ‘keep station afloat’ button until a few week-long research contracts finish, which takes ages in normal speed. So you clock it up, and you wait. You watch the Earth, the stars, the rise and fall of the Sun and your solar panels meticulously track that globe of nuclear inferno through the heavens. You listen to the umpteenth announcement that the AI has prevented disaster, and you watch your money trickle away. 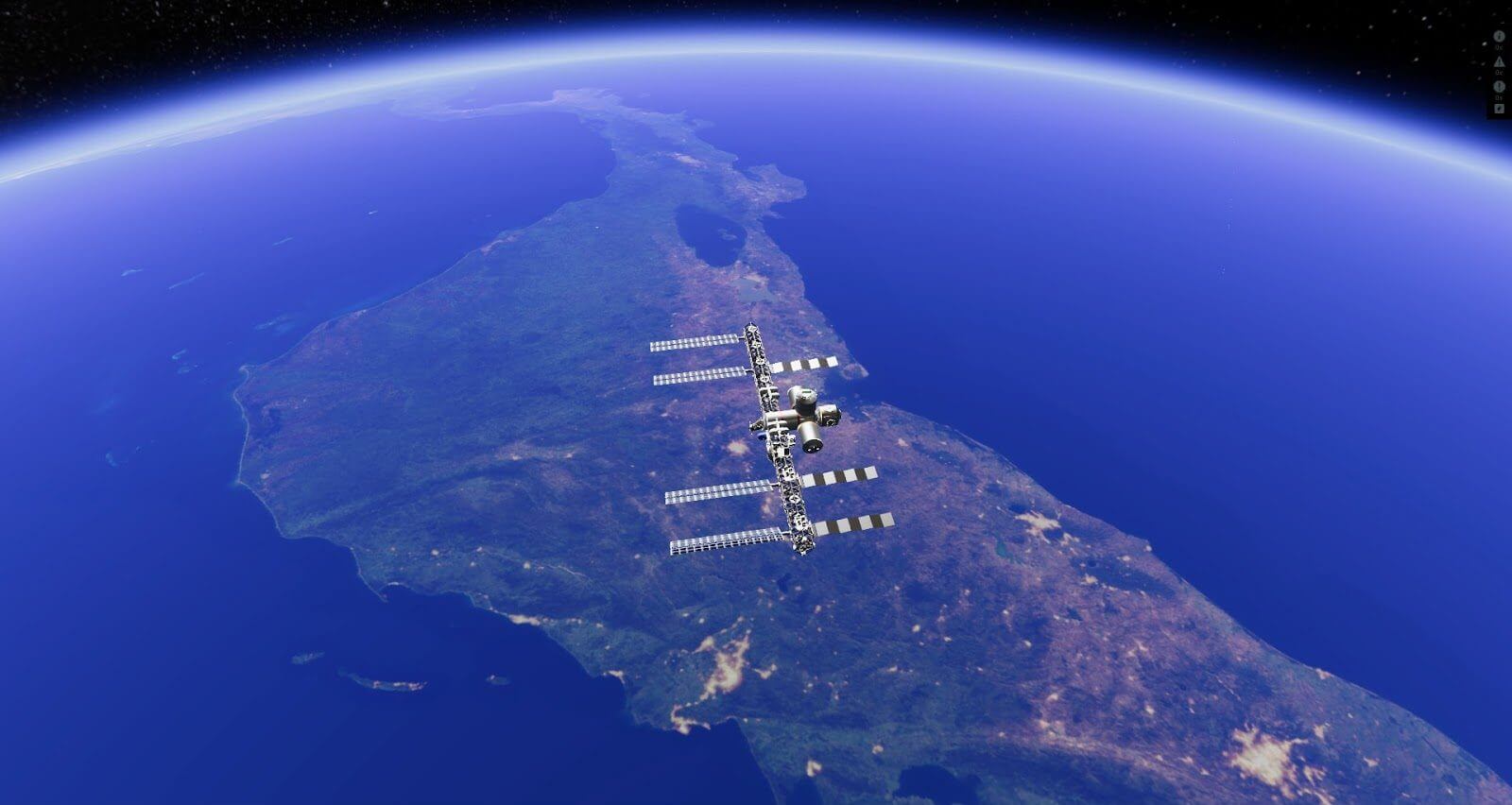 Every five or ten minutes you get enough money to buy another solar panel or another water tank, and then you resume waiting. In a bid to liven it up, the game randomly makes something explode, simulating a disaster where Dave’s faeces storage has violently de-pressurised, scattering digested nutri-paste into orbit around the planet. At this I sighed, hit the ‘research all’ button again, waited for enough money to come in, built a new one, and resumed waiting.

I presume this is how actual space station management would go, so Stable Orbit has nailed the ‘realistic simulation’ aspect, but — for me at least — the game lacks any level of fun, progression or satisfaction. Once you’ve got your station set up to survive, the only ‘challenges’ you come up against are unavoidable due to the slow pace at which money is earned, meaning you cannot respond to issues before they mess up your station unless you save enough cash for emergencies by waiting and not playing for 15–20 minutes, which seems a bit counterintuitive for a game. After the first twenty minutes in-game it’s just a case of waiting for money, building another solar panel/storage/habitat, hitting ‘research all’ and waiting again. There is no difference between one or twenty people on board, apart from some numbers going down quicker; there is no progression beyond that first set-up phase.

My final frustration was the complete lack of explanation, tooltips or pointers as to what the UI at the bottom conveyed or did. The heat generated by the station was a dangerous orange and nearing ‘full’ which I assumed was bad, so I built more radiators to avoid Dave’s home turning into a fireball. Except that the orange number and bar actually increased and I had no idea why, nor was any explanation forthcoming. There are little graphs that could be showing light levels or Dave’s alcohol consumption per hour — I still have no idea if they are relevant or even important to the job of maintaining the Sardine Tin. 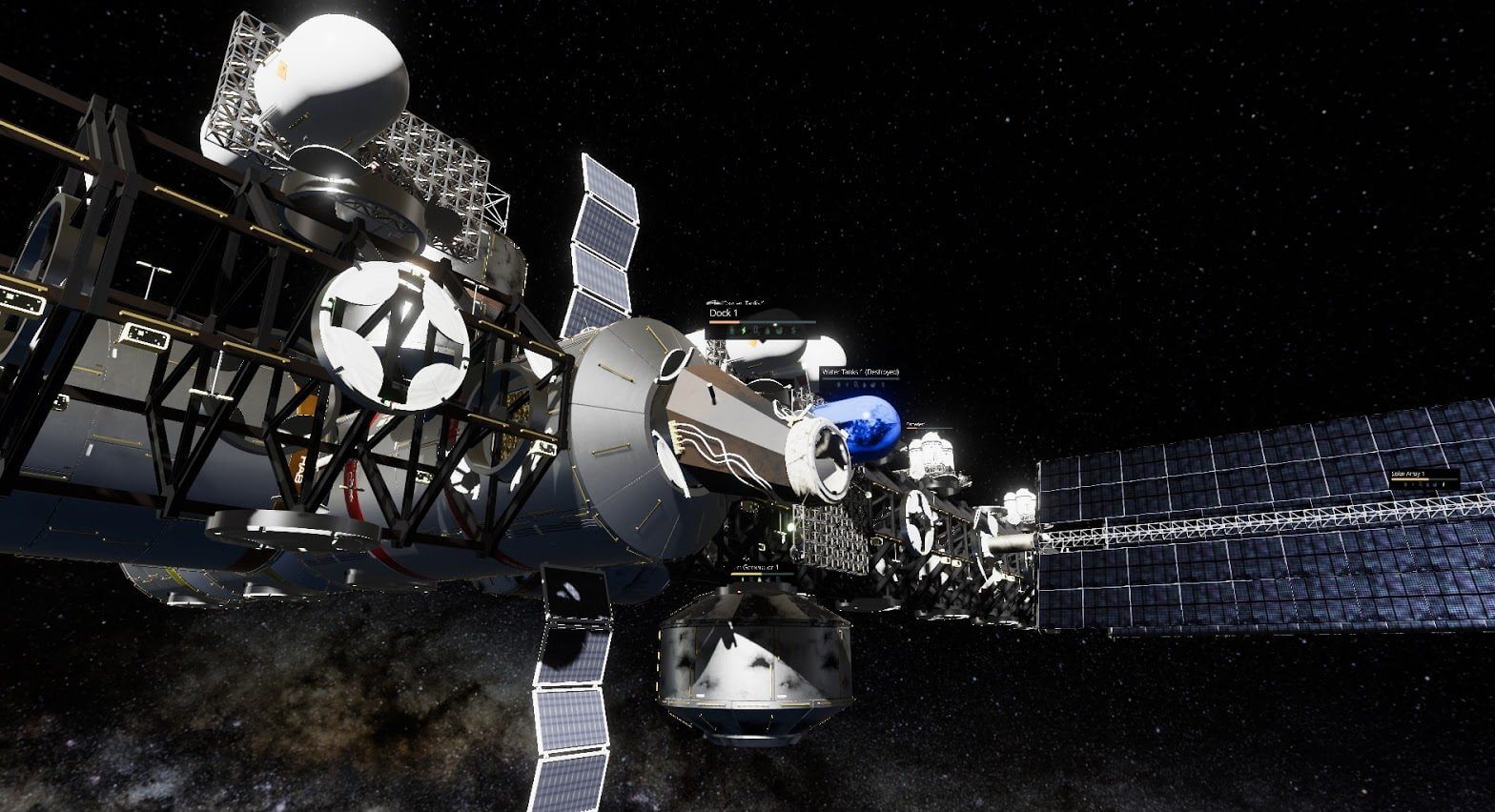 I usually enjoy the hands-off aspects of simulations, having spent many hours in X3 just watching my ship autopilot between several systems, my Factorio monstrosity churn raw materials into turret ammo, and my RimWorld colonists go about their days of complaining about dirt and fighting each other, but Stable Orbit is hands-off even for ‘hands-off’ games — you might as well just not be playing.

Maybe Stable Orbit is too much of a ‘realistic simulation’ for me and would be right up a simulation fanatic’s celestial alley. Maybe they would be able to intuitively figure out the mechanics, UI and processes which lie beyond my comprehension. Maybe I’m just getting older.

Go play Stable Orbit if you enjoy games which take the phrase ‘realistic space station simulation’ literally and very seriously, but approach it warily if not.