Drift through the endless void, and see how the universe ends

Gazing into the shrouded void nestled between the gargantuan sections of an infinite superstructure, The Alpha Device evokes a sense of awe which is reminiscent of grand-scale sci-fi. The original Star Trek‘s ominous gas-cloud megalith and Interstellar’s infinite tesseract are clear influences upon the game’s narrative, a narrative which features a unique story along the veins of Arthur C. Clarke’s works.

Normally, I feel comparing games to other media cheapens the soul and work which has gone into creating the experience; but with The Alpha Device, I cannot help but see the strands of mystic sci-fi plots, films, books and television that have weaved together to influence the creator Byron Atkinson-Jones‘ development of both The Alpha Device and the story’s original vessel of Caretaker Sacrifice. These tendrils of other media do the opposite of cheapening the game’s plot: instead, they combine together into a big narrative stew, each lending their flavours and textures to the overall experience. 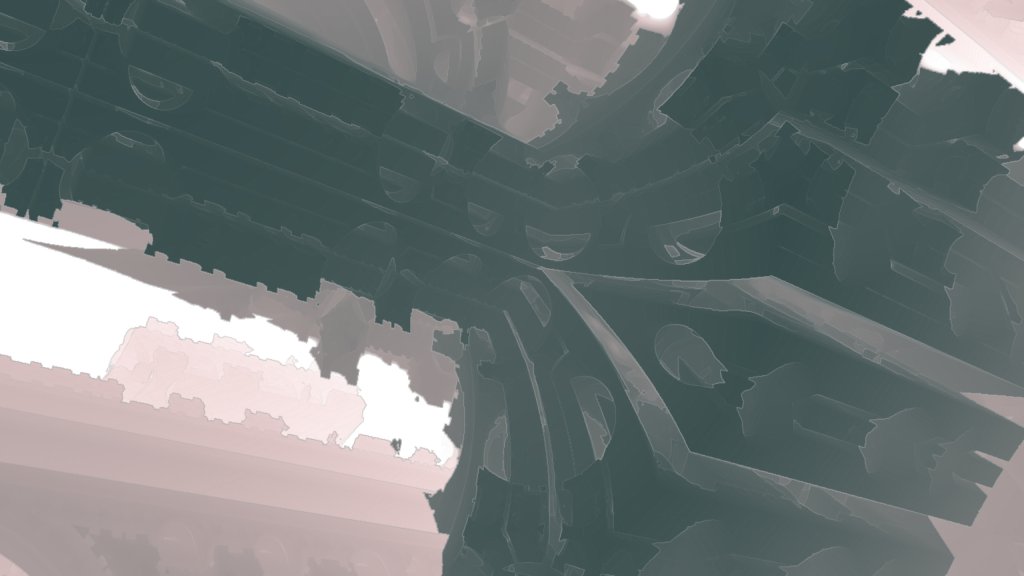 The game is minimal in almost every sense, and in Byron’s own words is “the most experimental game I’ve ever made”. It should give you an idea of what to expect when you boot up the game and are presented with an unending series of decaying metal, and a green dot, all poised over a black box suspended in the void. There is no introduction, no explanation of controls nor a prompt for you to move; this lends to the experience of exploration, discovery and learning that permeates the narrative.

You float through the milky fog, winding between the shifting geometry of the monolith as you proceed between black boxes; each one tells the next part of the astronaut protagonist’s story, narrated by the talented David Hewlett (of Stargate, Planet of the Apes and The Shape of Water fame). This minimalism is both its strength and its curse: a walking sim in dimensional space, spent drifting towards the next flashing green dot for an hour whilst the extraterrestrial superstructure decays around you and the story of the end of the universe unfolds. 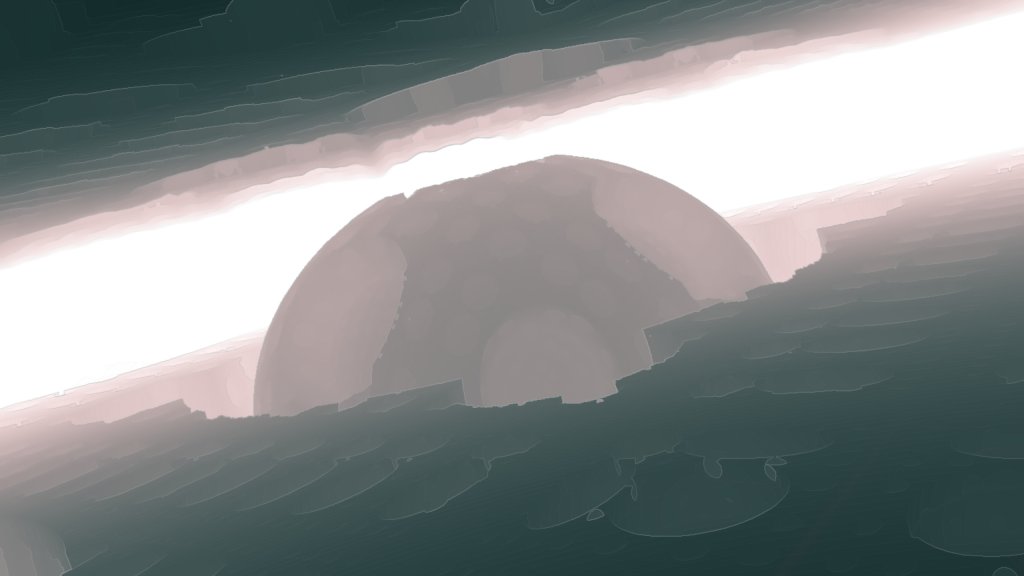 Byron addresses the most common issues people face in the game’s description: only gamepads are supported due to their non-binary input compared to keyboards, and the custom rendering for the procedural world causes the game to appear aliased and blurry whilst moving, then snaps to smoothed edges once you stop. It can be jarring, but is forgivable for the reasoning and work invested into it. The main issue I experienced was how difficult it is to find a relatively large flashing green dot when you have 360 degrees of free motion; the game’s flow felt interrupted when I had to spend a decent amount of time rotating on the spot trying to find the next waypoint. Perhaps a subtle edge-of-screen glow or another UI element to point players in the correct orientation would help alleviate this frustration, which is otherwise a blemish-free experience.

The Alpha Device delivers a unique experience, drifting through the ether and unlocking the mysteries of the universe’s end in a decaying superstructure that stretches for an infinity. Taking only an hour of your time for a free title which you can tell has been laboured over with passion for – and dedication to – the craft of game development, this game is very much worth your time for the space opera narrative it weaves and the awe-inspiring geometry the monolith provides.