Originally released last year, for the 2021 PICO-8 Advent Calendar, Spirit Solstice is a celebration of the PICO-8 engine as much as it’s a peaceful, path-finding wander through a starry night.

Before we start, it’s worth noting that in the time since it first launched Spirit Solstice developer, Jusiv, has added an extra area to the game, meaning that your character is now out to restore three (originally two) spirits of the woodlands. The reason for this mission though? The spirits are needed to keep the fire burning bright and keep people safe throughout the longest night of the year.

Each of these spirits is, in its own way, hidden along a route through the woods. One is beyond wolves, another through a maze of clearings and the other around treacherous cliffs. They each have you interact with the obstacles in a different way too, finding paths through covering and uncovering your lantern. 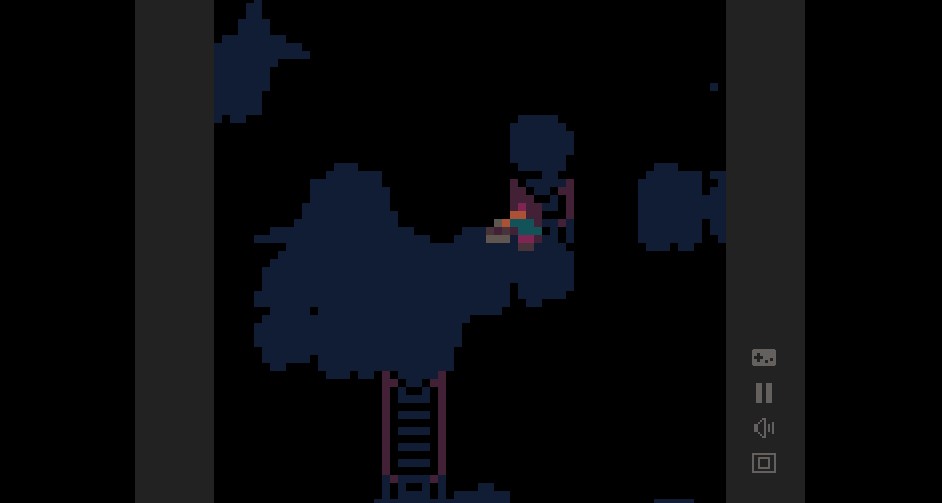 In the darkness, there are glowing tracks from the spirits, possibly symbolic of your character’s faith, or at least their proximity to the spirits they honour; however, different puzzles require your lantern to be lit bright, to highlight alternative pathways, and to help you find the objects you need to proceed.

It’s all incredibly well made, from the flickering fire to the effect when you use the lantern, it’s probably one of the most well-rounded and immersive games that I’ve played on the PICO-8 engine over this last year. It’s also definitely one to play with the music turned up, far from a haunting experience, the music makes this into one free of any tension and fear, instead something magical and calming (assuming you figure out how to get through the maze).

Spirit Solstice is free to play in your browser, you can play it over on itch.io.

Check out our list of the best Pico-8 games out there!