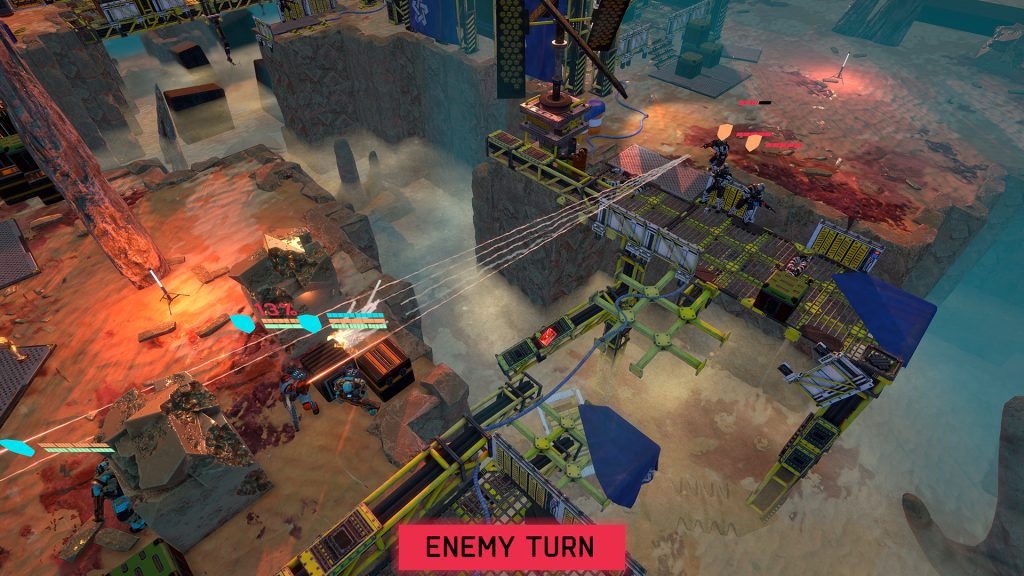 Shock Tactics is inevitably going to be drawn up alongside the modern reinventions of XCOM, and that’s not a bad thing. The games both do a lot of things the same, there’s even a few UI elements that look a little too close to Firaxis’ title, however where both XCOM & XCOM 2’s skirmishes tend to be relatively fast and fatal, many of Shock Tactics’ maps are laid out to promote steady-sweeping movements and flanking.

At the recent PC Gamer Weekender, I managed to sit down for just over an hour with the upcoming strategy title.

Allow me to better iterate. In XCOM you might see an enemy through the window of a second floor building, creeping near the aperture, ready to shoot globs of plasma at your passerbys. You have several obvious options available; snipe ’em, blow up the entire corner of the building with a rocket, smash the floor from under them, or hit cover to pull off a standard shot or suppressing shot while you get a high-impact unit up there. 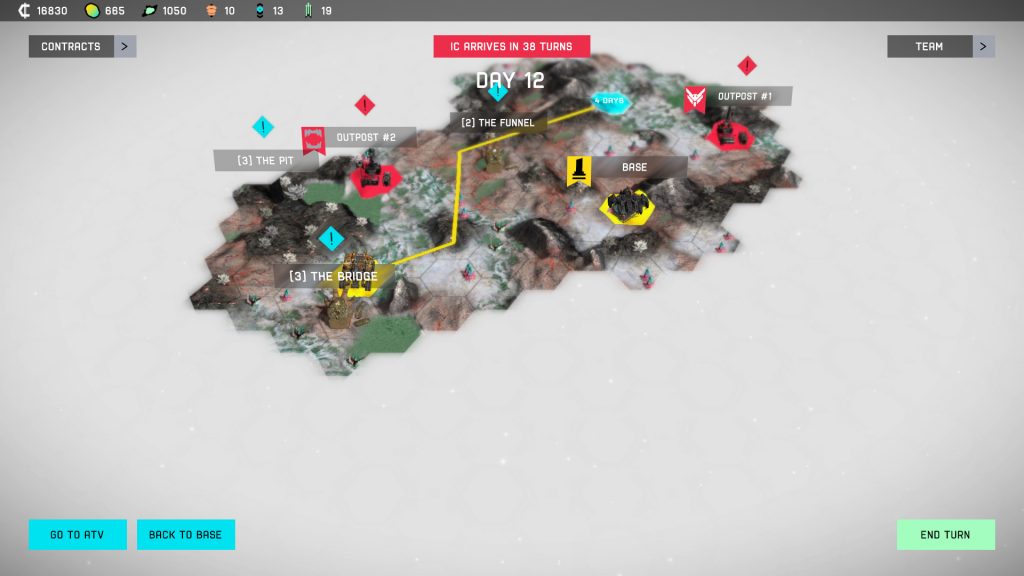 In Shock Tactics, in that same scenario, your best bet is always to hole-up behind cover and send one of your specialists to flank, or at least close the gap. This serves to shift the theoretical map zone-of-controls, and open the area back up again. I don’t mean that in a brash ‘you can’t blow stuff up’ statement. I mean that characters in ST have got double-digit health-bars from day one, many have armour, and all enemies have skills. This means that the game enforces what was deemed a bad habit in XCOM 2012, riding cover to flank enemies. While you’ve got extra health, and zone-of-control skills (like LMG firing arcs) enemy snipers can spend a turn locking in one of your units, and ensure they land a -likely fatal- critical hit on your unit the turn after.

Now, when I first booted up my first level of ST, I was expecting a near identical match to that-strategy-game-that-I’m-not-going-to-mention-anymore-as-they-don’t-pay-us-so-why-should-we. We’ve mentioned Shock Tactics previously, and it certainly gave off all the same vibes, albeit with a deeper focus on AI, and an alien setting over one of a falling Earth. As such, I was a little slow on that first level to get my troops into cover. Within two turns I’d lost two of my soldiers, and nearly a third, where I’d annoyed a sniper, as well as several squads of units. 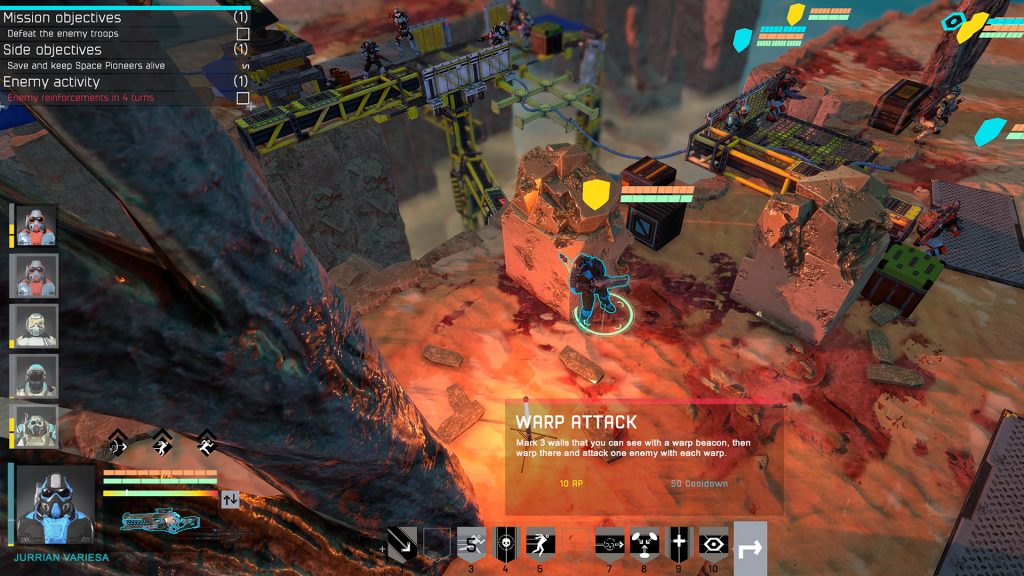 The mission sounded simple, the map was a horseshoe shape, with two sides of a ravine connected by a distant bridge; the bridge itself covered in science equipment, one side a construction site and the other rife with storage containers. I was to push up to the bridge, save the civilians there, and then clear the other side. The construction site, as it turned out, had a couple of adept snipers in it, and the bridge was guarded by several hulking, heavily-armoured shield-troops.

It’s no five vs six, it’s not even five vs fifteen. In that first level I ultimately ended up killing 42 enemies, failing to extract a single of the three civilians (who could join you if you extracted them), and barely managed to extract the tattered ruins of my squad. And it felt great. 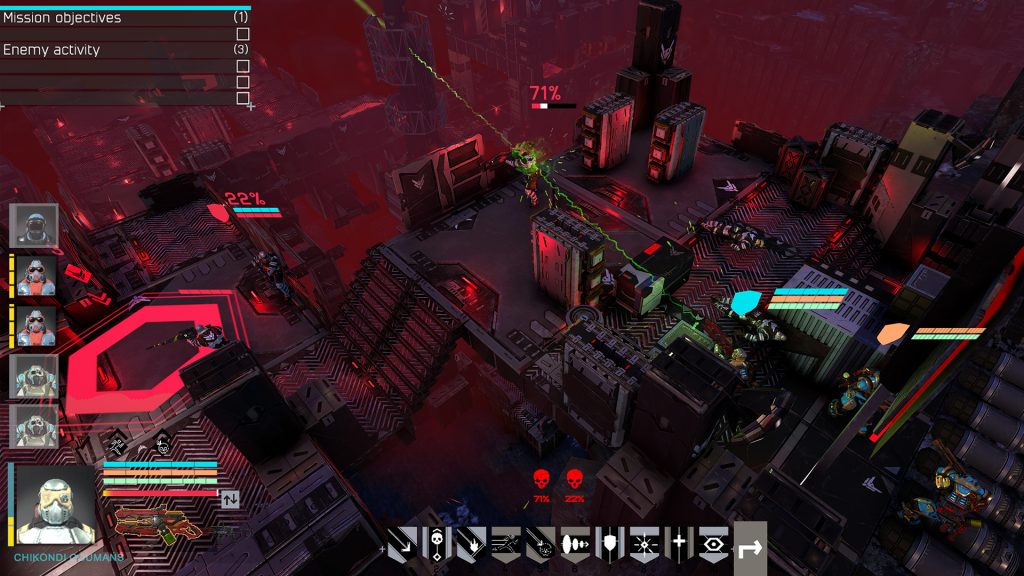 While trailers for the game show off hulking bombardiers, and looming alien hulks armed with machine-guns, that first battle was mostly against grunts, with a couple of heavily armoured shield troops (flank ’em!) and maybe three snipers (hide!).

Range, positioning, and elevation all played major parts in my turning around of the situation – a heavy gunner who could fire a zone of control, a sniper who I managed to move from shipping-crate to shipping-crate as to control, and see, larger sections of the extensive map and allow my other two troops to move up.

There were several elements of the game that I was a bit disappointed I didn’t get to see; the larger enemies (based on how much trouble I had with the smaller enemies, an enemy with mortar-style projectiles will be deadly), late game skills, and the overworld sections. It’s the latter, the overworld section where you move around the planet’s surface in a rover, from mission-to-mission that fascinate me the most – how will the game gauge difficulty and progression? Are there more technologies and skills to be found? How do you recruit more units to refill your squishy-ranks? How does the game’s ‘base-building’ work? 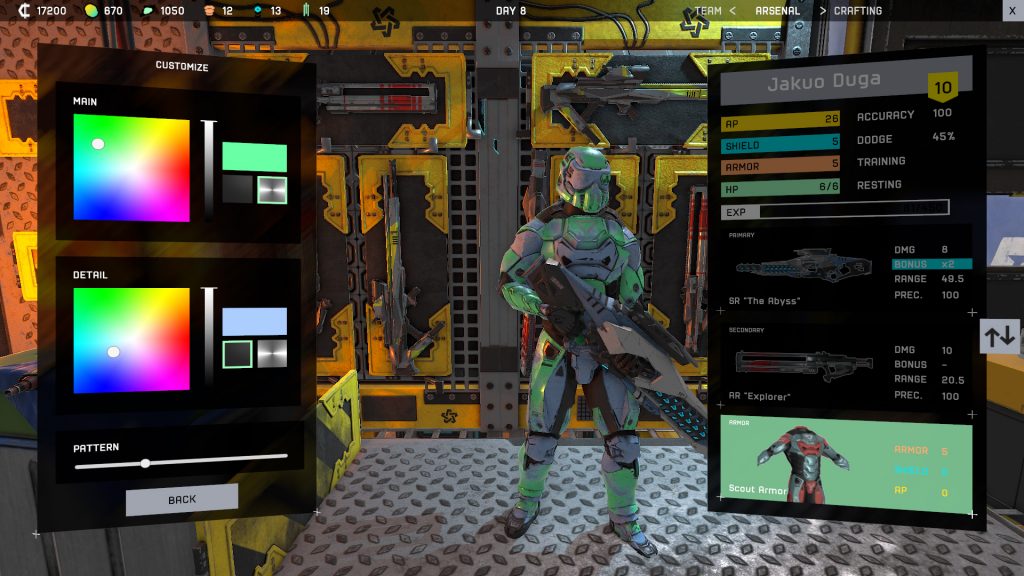 I suspect that the progression system in the game might be on a unit-by-unit level, especially as I’ve seen some units with especially cool skills – a sniper who can take multiple, nigh-simultaneous pot-shots, an assault unit who can teleport into enemy ranks, drop a grenade, and then teleport back out. But, at the moment there’s just no way to know.

My experience was positive; when I returned to play another skirmish, instantly dropping into a more cover-based game, I took it easy and managed to clear through the level with more success, through kiting and distracting troops, while abusing overwatch as I moved enemies around. There were a few technical issues in the early build – specifically one strange one where you could set a zone of fire but it wouldn’t work until just after you gave up on doing it and hammered escape to perform another action- but, it was nothing that isn’t probably already on a bug list for the developers.

From what I experienced of the game, Shock Tactics is definitely one to look out for. Hopefully we’ll see some more of the game prior to its launch (which is happening soon) so we can get an inkling of the story, the extent of its campaign, and the depth of its tactical cunning.

All images are from the game’s Steam Page as no press kit was available at the event.