Second Opinion: Hell Let Loose is my dream shooter, so why is it now my worst nightmare?

Hell Let Loose is a recently released, 50 vs 50 World War II shooter from Australian developer Black Matter and publisher Team 17 that promises an experience unlike any other. The huge maps are designed to scale and it can take four or five minutes to run from your spawn point to the front line. There are sixteen classes and player comms are fundamental to the experience — nothing (and I mean nothing) is left to chance here.

Technically, I think Hell Let Loose is absolutely brilliant. I’ve been playing it on my Xbox One Series X and it just looks fantastic. The scale of some of the maps is beyond anything I’ve seen on a console before — even exceeding some of the more impressive maps in the Battlefield series. Looking across valleys towards distant valleys is a thing of beauty, whilst at a macro level, hiding in a muddy trench or crawling through long grass is just as exhilarating because it is as detailed as any smaller scale shooter I could name. 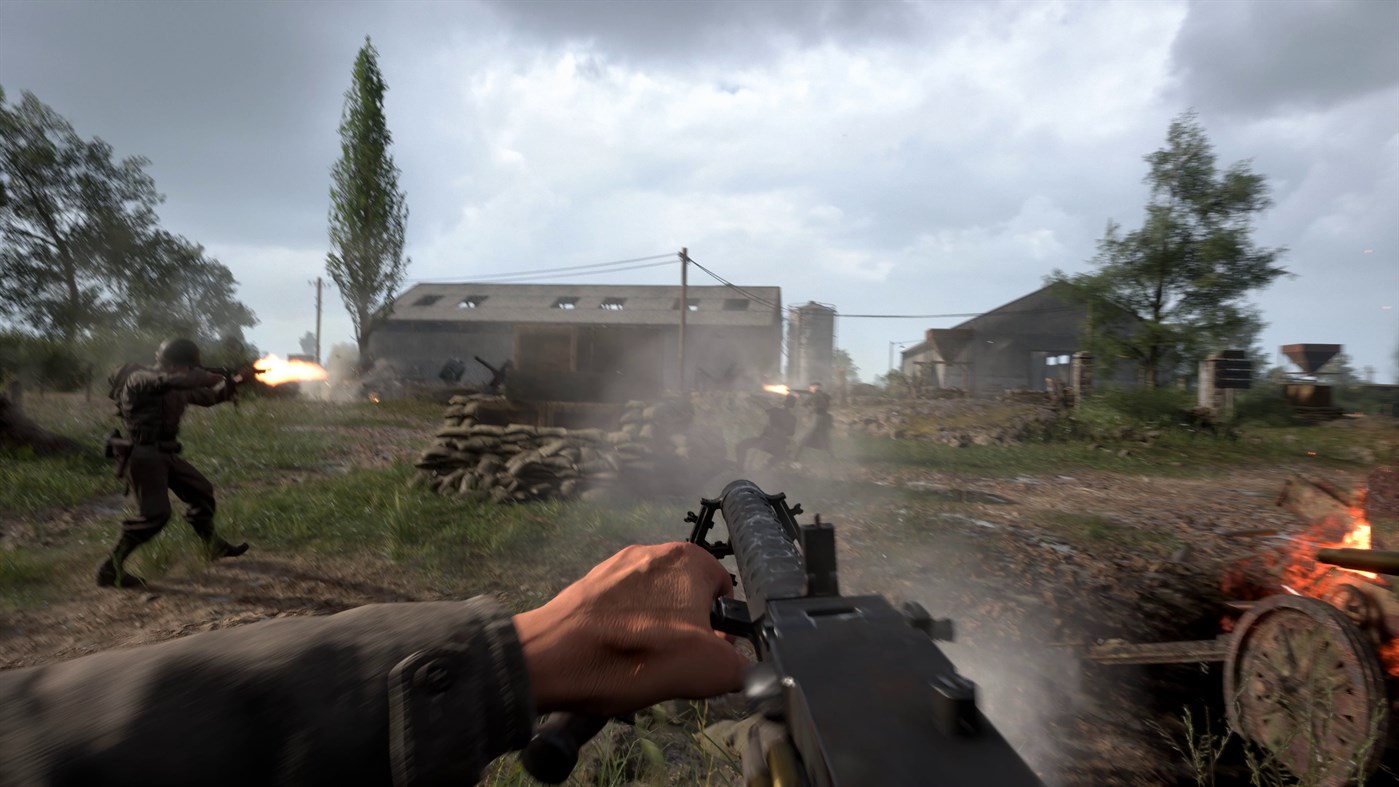 As I mentioned, Hell Let Loose is focussed on very large scale battles, and with as many as fifty players on your side, organisation is key. Each team will include a commander and potentially several officers – the first of which is responsible for setting team objectives and calling in various off-field support elements, whilst the latter will organise platoons of up to six soldiers.

Regular players can choose from about fourteen classes including riflemen, machine gunners, medics, support, tank commander or crew and sniper – there are plenty more. Key to all of this is exceptional communication, and sadly, I have rarely found players up to the standard that Hell Let Loose demands of them. The exception — and when it works, it really works — is when a team of three or four players, with comms, gets their heads together. 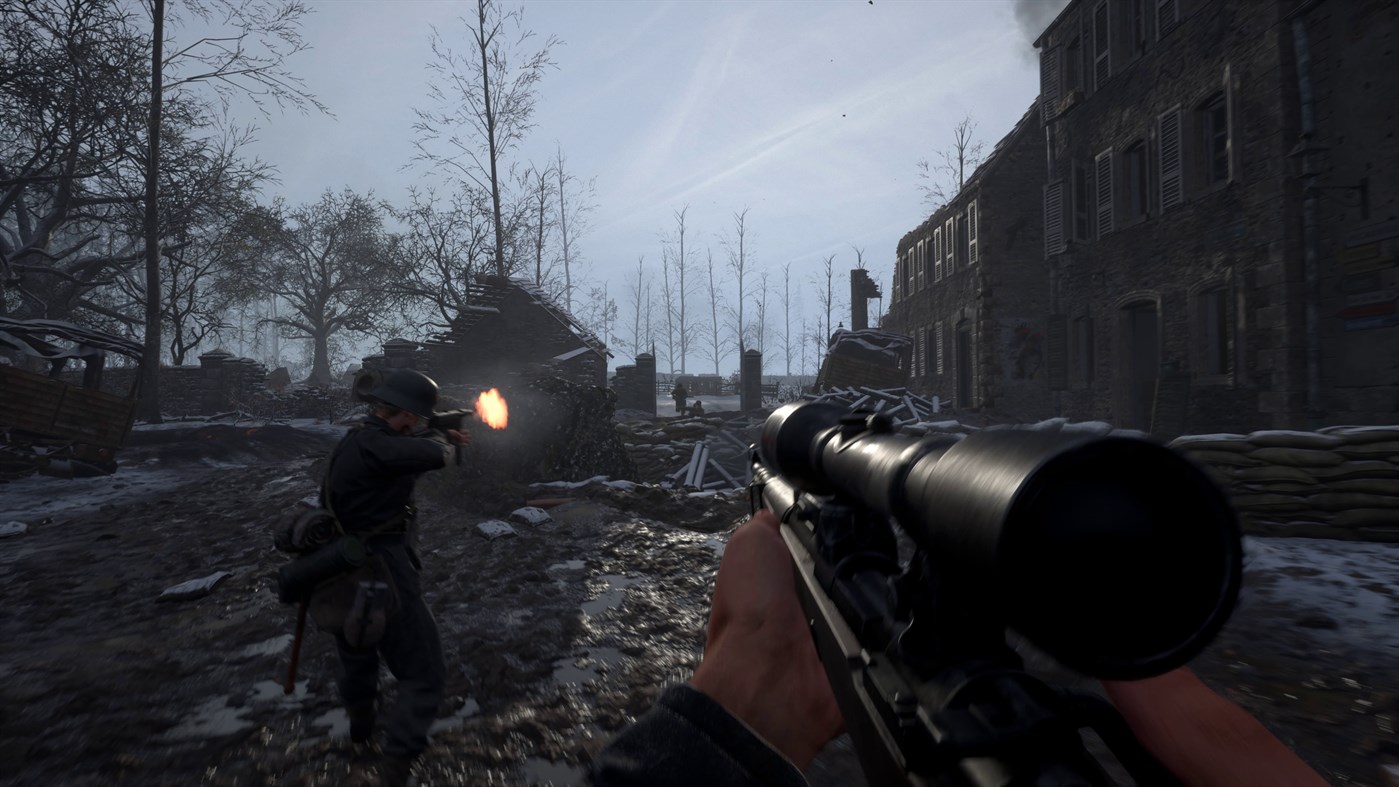 In general, the level of realism that Hell Let Loose aims for is several steps higher than you will see in other games. To offer up a couple of examples, Hell Let Loose is usually a one hit-one kill affair,and surviving being shot is rare, and being sniped from long range by an enemy you can’t see happens at least a few times every game. The worst bit about this latter point is that you really may have ran for several minutes to get to the battle, only to be shot by an unseen enemy — which is frustrating to say the least.

Another example is that of driving a tank. Only the Tank Commander can drive a tank, but he can’t also be the gunner. If you choose to spawn as a Tank Commander, you basically need a friend to join you (and a regular class can’t just jump in — it needs to be a Tank Crewman). I have had several situations where I drove tanks into battle, then had to hop into the gunner seat (which takes about five seconds) to begin firing – which generally costs my team the tank). 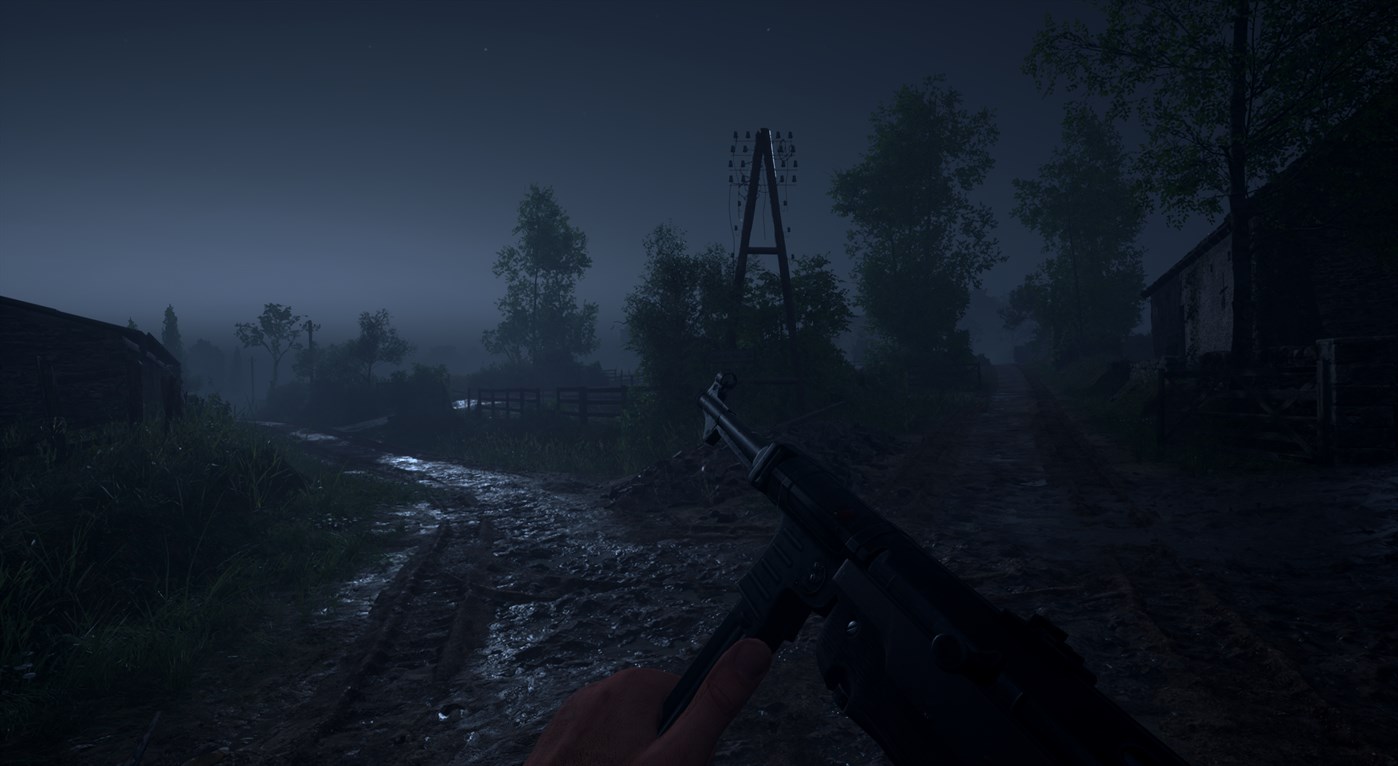 To compound the point about inferred realism, I just want to mention something else about tanks which I’ve never seen before. Tanks in Hell Let Loose actually have gears — even on the console version — and you can’t change that. On a faster tank, you might have up to four gears and as the Tank Commander you’ll need to manage these as you navigate your way to the front lines. This is really cool, and with a gunner onboard to ensure we are covered, I enjoyed immersing myself into the role — but you should know that this is what you’re signing up to with Hell Let Loose.

Honestly, Hell Let Loose is the first person shooter that I have been dreaming of since perhaps my late teens when I was playing Medal of Honour: Allied Assault and we all used the All-Seeing Eye to matchmake and TeamSpeak for comms. I specifically remember discussing how technology was advancing, and I recall excitedly extolling the huge, ultra-realistic battlefields of the future. No one has realised my dreams better than Black Matter has, with Hell Let Loose. 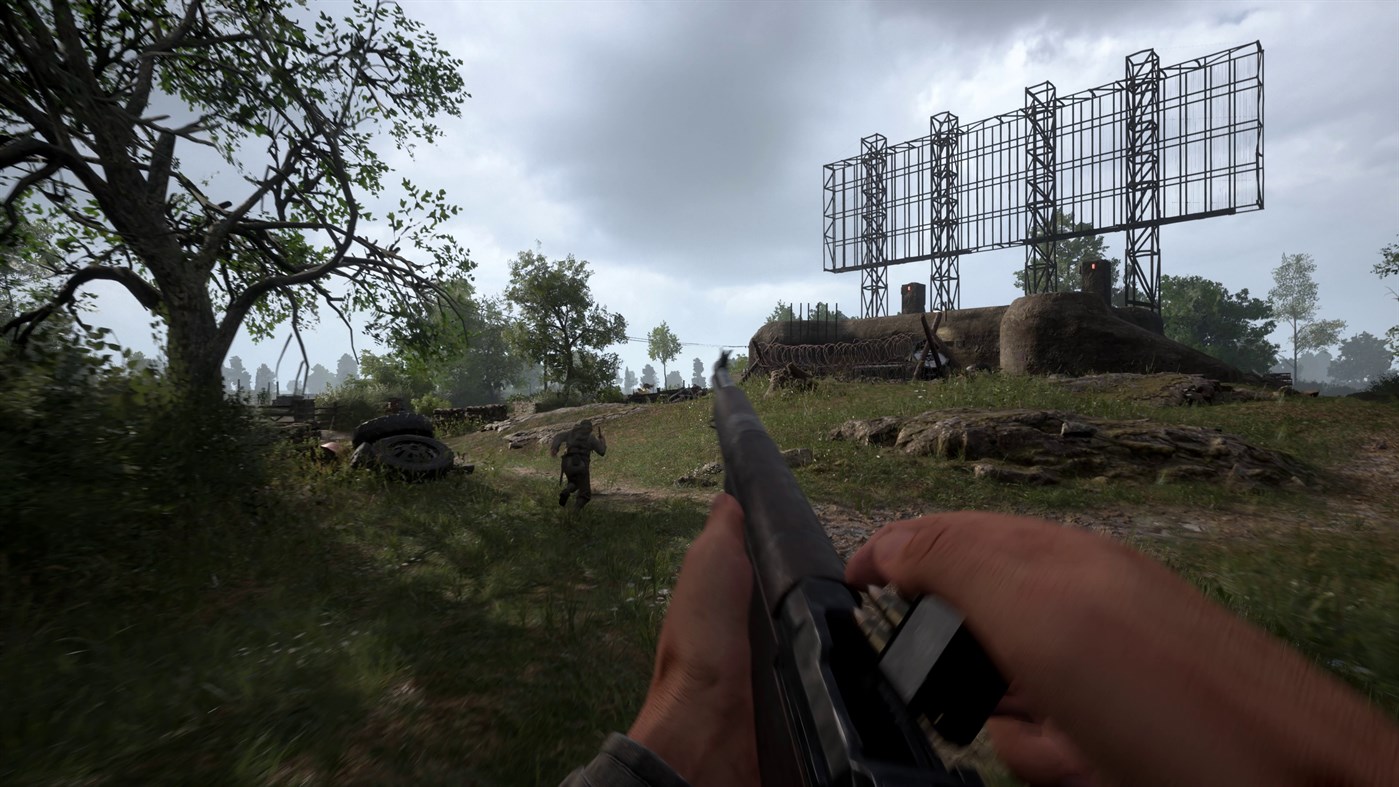 But whilst Hell Let Loose offers me everything I ever wanted, I am simply not capable of operating within the incredible toolbox that it offers. Committing to full comms is a major imposition for me due to how my life is structured around family these days, and with battles that are much slower and more methodical than your classic Call of Duty deathmatch, this imposition is doubled.

I’m also far too impatient these days, it seems, and I can’t abide running across a battlefield to be shot over and over again for an hour. It’s frustrating and demoralising — but it’s also a product of what I’ve already said I struggle with; a lack of time to focus on this kind of game, and a lack of comms. I’d argue that the only thing Hell Let Loose does wrong here is that it lacks any kind of Tutorial or support for players. You are literally straight into battle, like it or not. 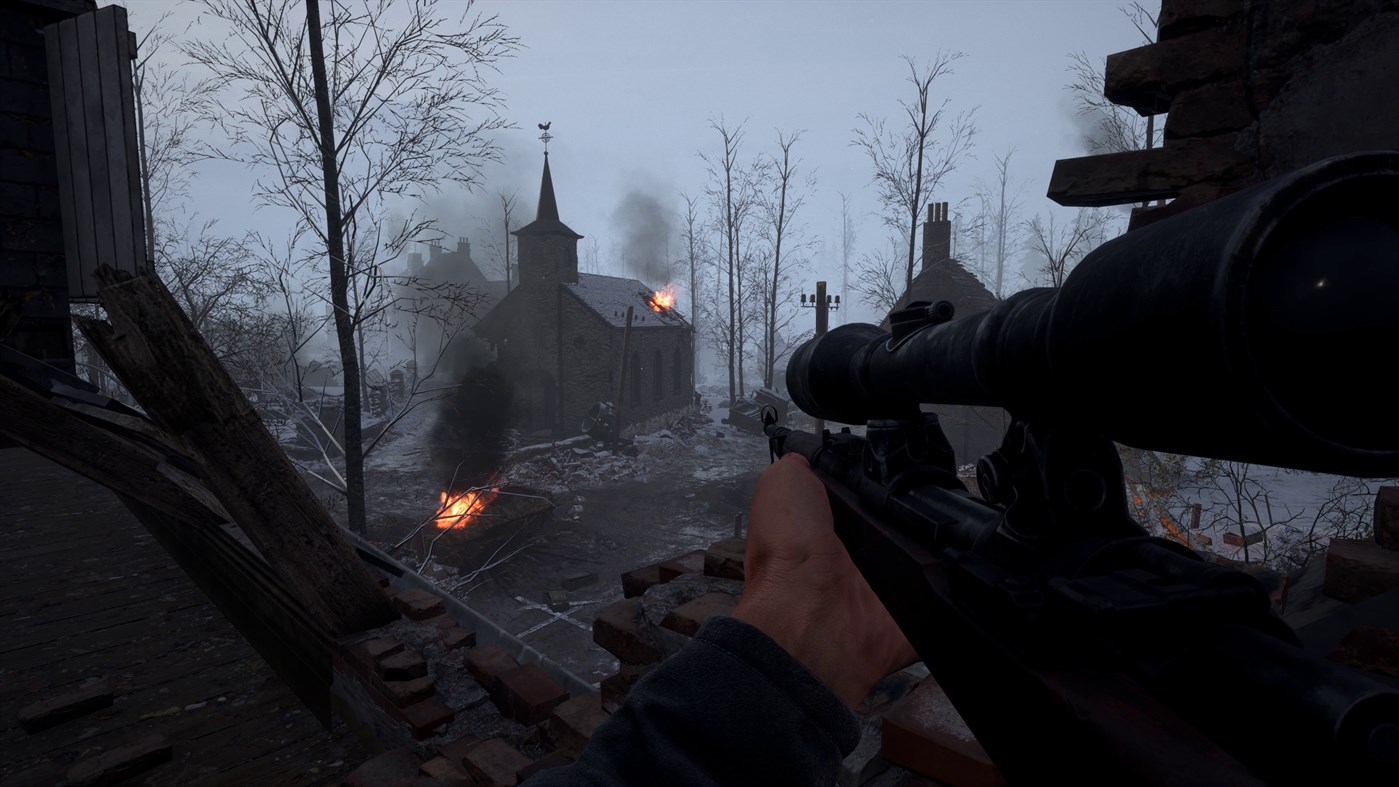 Hell Let Loose is a genuinely superb and incredibly ambitious title and I may regret my own failure to get to grips with it for a long time. If your own vision for a mass-scale, realistic shooter matches my own and you have time and an inclination to build up a team (either from existing friends or randoms) then Hell Let Loose might be the best shooter you’ve ever played. But if you’re like me, snatching your gaming time in half-hour chunks when the kids wander off, you might feel a sense of frustration. Sorry Hell Let Loose, but I have to leave you behind; but don’t worry, it’s not you — it’s me.

Hell Let Loose is available on PC and is currently in development for consoles.