Jett: The Far Shore shows you what’s beyond the stars

Perhaps you have hopes and dreams, but what lies ahead of you as you set out on a long journey is unknown, and what you find over the horizon rarely correlates to the anticipation with which you set out to find it. Jett: The Far Shore is a game about setting out on such a journey, one into outer space to discover what lies beyond the stars.

You embark from a desert planet suffering from industrial mining and implied environmental catastrophe as your people’s last hope. You are a type of mystic, embedded with a team of astronauts and sent on a journey in the game’s prologue to majestic and mournful music that made me feel, emotionally, as if I had just attended an unforgettable religious ceremony.

I wish I could report to those of you reading this back home that Jett took me on an adventure that matched the potential I imagined, but unfortunately, I can’t. Due to either a developer update, a bug, or the vagaries of the Epic Store’s cloud save system, my save file vanished a little less than five hours into the game. But what I did see up until that point left a strong impression. Maybe this will be of some use to whoever finds this report floating in the ether. 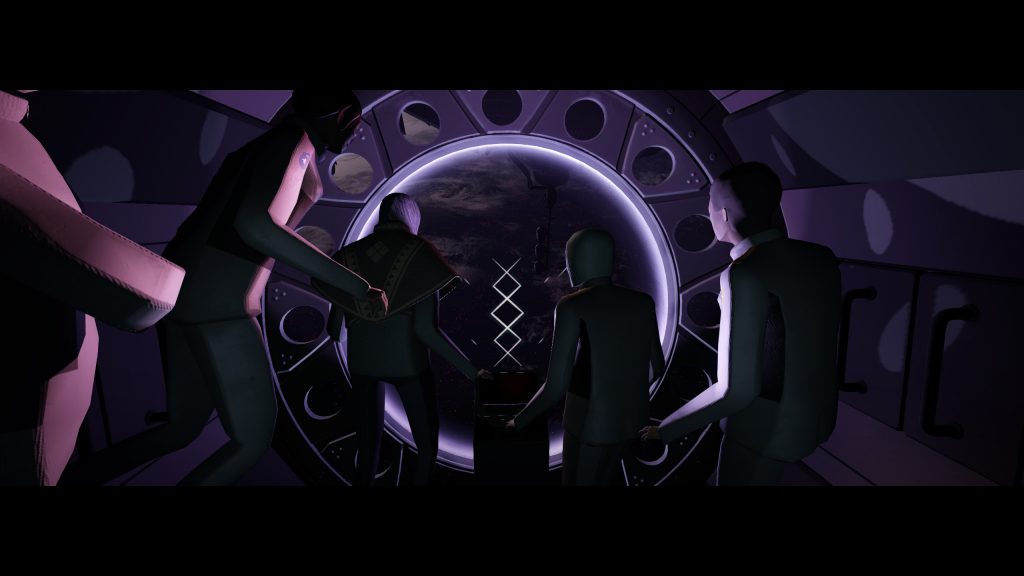 Jett is split between limited first-person interludes and extended sections where you, in distant third person, take flight in an atmospheric jett plane to explore the flora and fauna of alien planets. But the game is split in other ways too, ways I struggled to look past. The style and presentation are refined and the enormous effort and talent of the game’s small team is visible, but while playing the game I was often left wondering where the space for fun and discovery was intended to be.

The sections in first-person have a striking visual identity that reminded me of a futuristic-Playmobil in outer space. But these are limited and small. There are always invisible walls close by and often the only option is to speak to a fellow spaceman or spacewoman and gather information about the world and the game’s obscure mysticism. I didn’t mind the limits of these sections and I would have happily continued to exist in them, but they don’t make up the majority of the game. 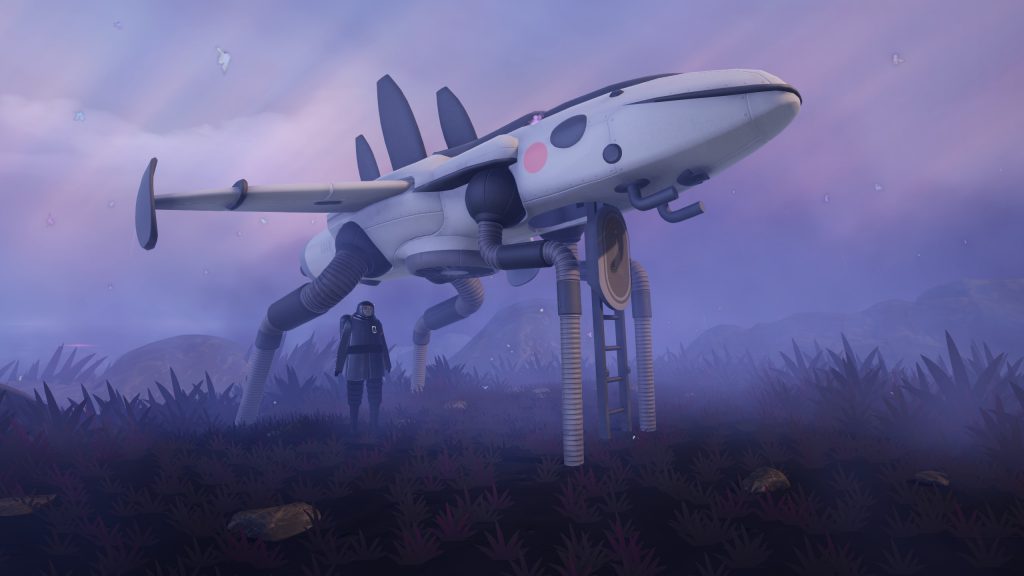 That consists of the time spent flying your jett over water or terrain. I can’t sugar-coat this: the tactile sensation of flying the jett is not fun. Regardless how it appears, it’s a clumsy vehicle and that’s unfortunate because flying it is the focus of the game. If that wasn’t bad enough, the flights, particularly in the game’s first three hours, are relentlessly micromanaged by a chattering co-pilot who speaks to you endlessly in the game’s own fabricated language. This co-pilot not only tells you every little thing you should be doing, but also references you by your character’s name “Mei” over and over, inserting an odd pause each time before he says it. If possible, I would have thrown him into the sea before continuing my struggle to come to terms with the controls.

I have heard others who have played Jett: The Far Shore refer to it as a particularly relaxed, even chill game. This is true only to the extent that the game does not allow the player, at least during my own time with it, to make any choices of her own. Upon reaching the game’s first planet, I was itching to explore. Let’s go, I thought, steering over the alien water beneath me. Well, Jett had other plans. After a brief flight, I was informed it was time to gather information on the flora beneath me. No problem, flora scanned and identified! Hopefully that was fun because now we will now do it for twenty minutes, and I’ve placed a countdown clock on the screen, Mei. 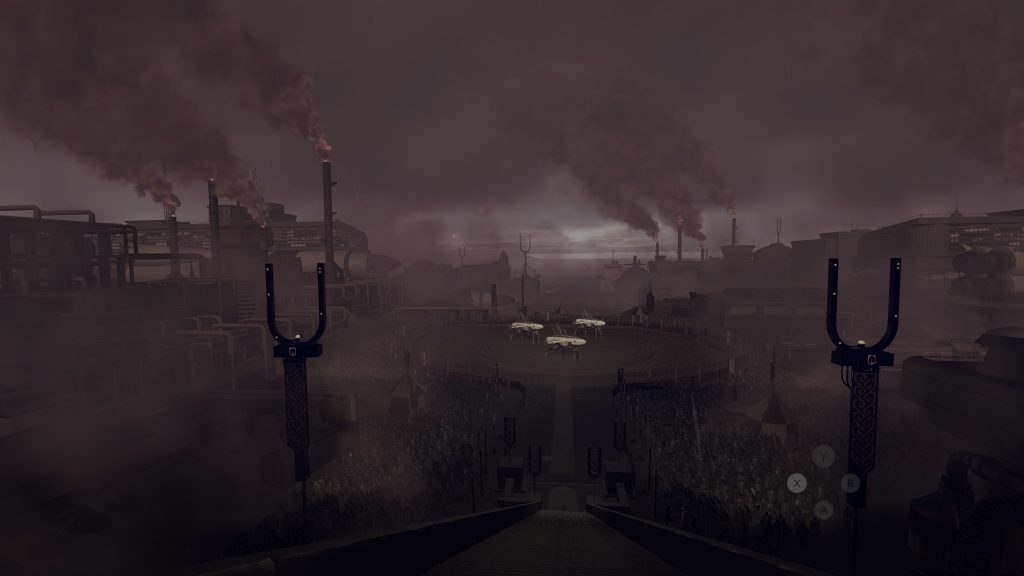 When my twenty minutes were up, I assumed the worst was behind me, but then the sun came out. The jett is difficult to navigate with any precision, but my next assignment was to float into the shadows of low rocks to protect myself from the rays of the sun, which damage the jett’s shields. This was almost impossible and I’m amazed that I pulled through and lived to tell the tale. Things did not improve as the game introduced flying enemies and large kaiju-like monsters who stalk the planets’ surfaces.

This is just a sampling of frustrations I found in Jett: The Far Shore, a game that is perhaps better observed than played. In the end, I will remember the striking visuals, the soundtrack by Andrew Rohrmann, which is among the very best I’ve heard all year, and my own longing to discover what was waiting out beyond the stars. But then again, maybe some journeys are better imagined than taken.

Jett: The Far Shore is available now on PC via the Epic Games Store and on PlayStation.