Losing someone you love can be hard, many turn to others for comfort, or seek solidarity to mourn. Tom however decides to take the corpse of his beloved, steal a spaceship from his exploration crew, and fly to another planet, a planet supposedly containing an energy with the ability to revive the dead.

The Way, a truly mesmerising game; it’s art style doesn’t match the styling of it’s logo, but it does come littered with remarkable artistic environments, a poignant and dramatic soundtrack, a 2D world to explore with hidden chambers, and a touching, heartfelt story. A story about love, about a man, who out of heartbreak unearths his beloved’s body from her grave, takes her to a planet he and their crew were researching, a planet that apparently can revive the dead. A story about a man who wants to try all he can to bring her back. 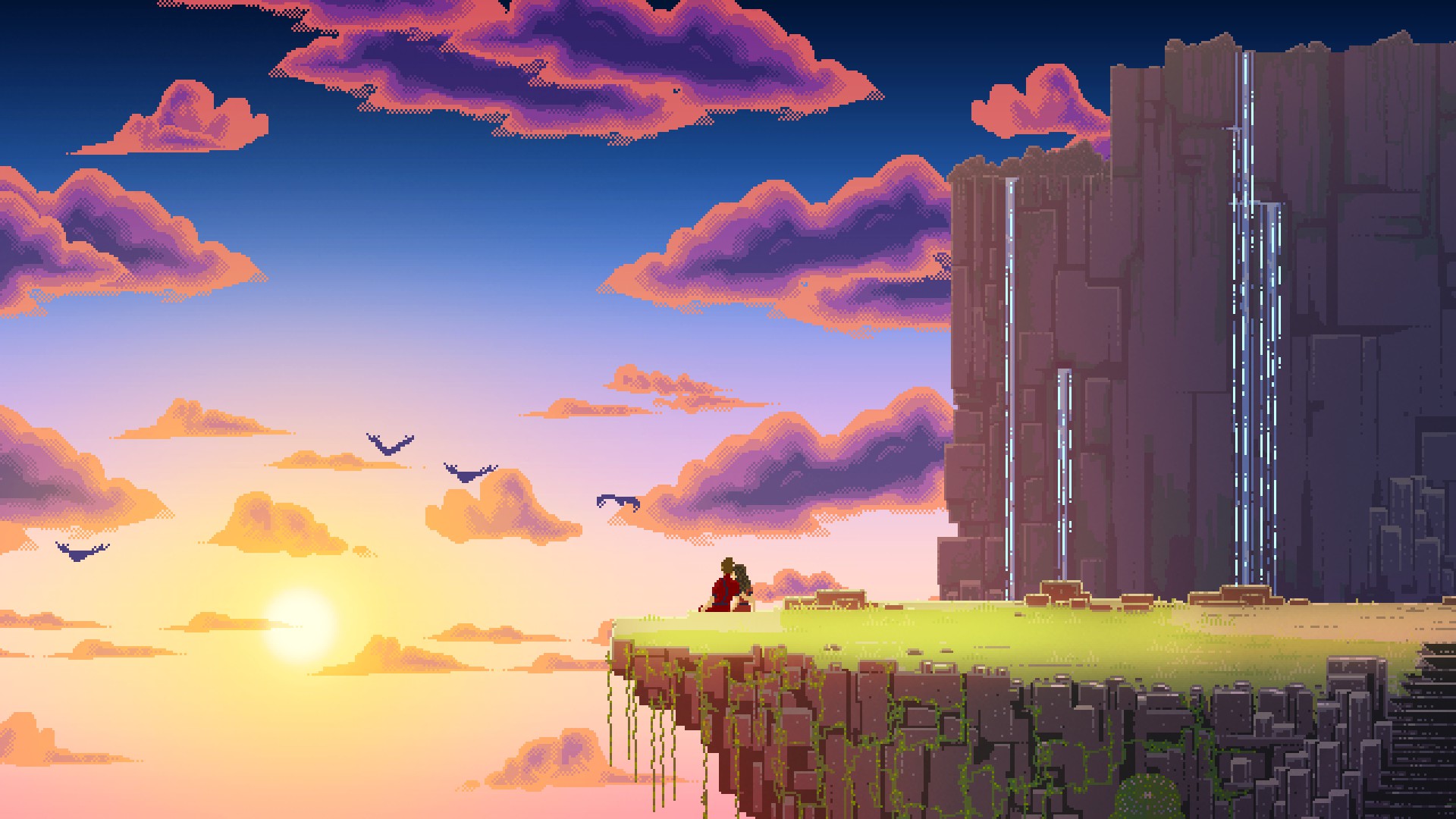 It’s a game that doesn’t waste any time in introducing you to the game play, it instantly throws you into a scene by just fading away the title screen menu that floats above your character below, who is stood near a gravestone. Hit play, you begin to dig away. For this act you control and watch your character carry his dear through various locations whilst credits fade through along the middle thirds, almost as if you’re watching the start of a feature drama. 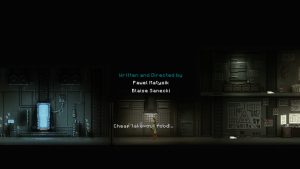 Suddenly, once you activate the capsule for your loved one to basically be preserved, you find yourself breaking into the compounds of the company that you work for. This is where the gameplay mechanics are properly introduced. It could be argued that stealth becomes involved here, but in reality you’re only memorising a sequence, noticing patterns in enemy movements ad relying on good timing, therefore stealth isn’t entirely needed as it is possible to just run through as long as you time it right.

As the game progresses the patterns in enemy movements become harder to work with, more things tend to happen at once to fluster you. The puzzles are, the majority of the time, down to timing, and it’s usually only completed by being met with very close calls, and this can become very frustrating and changes the game from an adventure platformer to a game that hates you, a game that tests your patience.

The game not only progresses the difficulty, but it also progresses the story in some of the most simple ways I’ve not seen in a long time. Dialog text can be read, but half the time it’s just a short phrase, the real storytelling comes around in the visual aspect. The fading from a scene of worry, to a scene of computing and clear helping out the tribe on the island, to another scene of the tribe helping set up the capsule your beloved remains within by scattering flowers and gifts around it. It’s really well told visually and also means that you don’t want to look away in case you miss a crucial moment in the scene.

Not only that, but because of the visuals dominating the general game, there’s no voice acting, or intimate body language to invoke emotion, but that’s where the dark, poignant, and dramatic soundtrack comes into play. It captures the moments of the game perfectly, it creates that atmosphere you need to feel whatever emotions are being put out during whichever scene. It’s an incredibly powerful piece of music throughout.

The 2D platformer theme works wonderfully with ledges, holes, and ladders. Although it is not without its flaws. To climb up or down a platform, it requires you to move your character to the edge of your current platform and dropping down, or jumping up. There’s no way to just climb down midway, unless of course you’re using a ladder of sorts.

The graphical style looks inspired by Éric Chahi’s, Another World, and looks like the later Blackwell games. It’s pixelated in an 8bit way, yet fantastically artistic, with it’s futuristic, ancient backgrounds with wonderful shading, and it’s breathtaking outdoor elements such as the flowing flowers, and interactive lizards. It combines sci-fi interfaces that look similar to a general modern, human interface, and then has alien interfaces for when you’re wandering the temples and fiddling with alien technology.

Despite the controls mostly being limited to just left, right, up, down, jump, crawl, and sprint, the actual way they come across in the output seems very fiddly and not incredibly responsive. Jumping off a ledge is sadly easy to make a mistake, jump too soon, not enough distance, jump too late…the jump command won’t go through and you fall. I was thankful to see an option for, “Auto-run” as I seemed to struggle with holding shift, and jumping around. Although, having said that, when auto-run was on, I found myself accidentally running off the ledges. I’m so clever.

The mouse does come into play by introducing a gun early on, later on you get access to alien tech and end up using these to your advantage to solve puzzles. Your characters movements may be quite classic like those from the point-and-click eras, but the gun allows precise aiming, and fires a fair amount of pretty lasers. The gun requires a cool-down if you get a bit trigger happy. The alien technology ends up getting you out of tough spots, or helping you solve a puzzle. Telekinesis will help move things to create ledges, a button activating device will…activate buttons, and a teleporting device can help get you out of harms way. The way the gun doesn’t really promote violence but more so a way to solve puzzles in a non-violent way is refreshing, and the devices that become available throughout The Way are cleverly implemented into the gameplay.

The checkpoints are by far the worst I’ve come across in recent years. We live in a world that revolves around autosaves occurring frequently, we become used to it. We no longer rely on pressing CTRL+S in programs anymore, and yet, in The Way, there’s an autosave system that works, only when you hit a checkpoint. And forget thinking the checkpoint is after every hardship…it’s after every several hardships. This is where the frustration enters, as it can take a long time to get past certain points, but the moment you do get past it,  you travel away, climb a ledge or two, jump down a ladder, jump some water, and cross a bridge, but then you fall. You end up back before the hardship and you have to do it again. It’s a really annoying system.

There are quite a few achievements on Steam to unlock, 29 to be precise. And there are, “Memories” found in game, 7 of those to collect., these just play a cutscene that shows the relationship between the two characters. The Way is certainly one of those type of games that should make it up into the classics area. It’s touching, heartfelt, and horribly addictive leaving you wanting to play more just to beat the puzzle your mind just can’t come to grips with. The Way is a game I really like, and if you like those point-and-click styles, but prefer to have more free control over your character, then this is the perfect game for you.