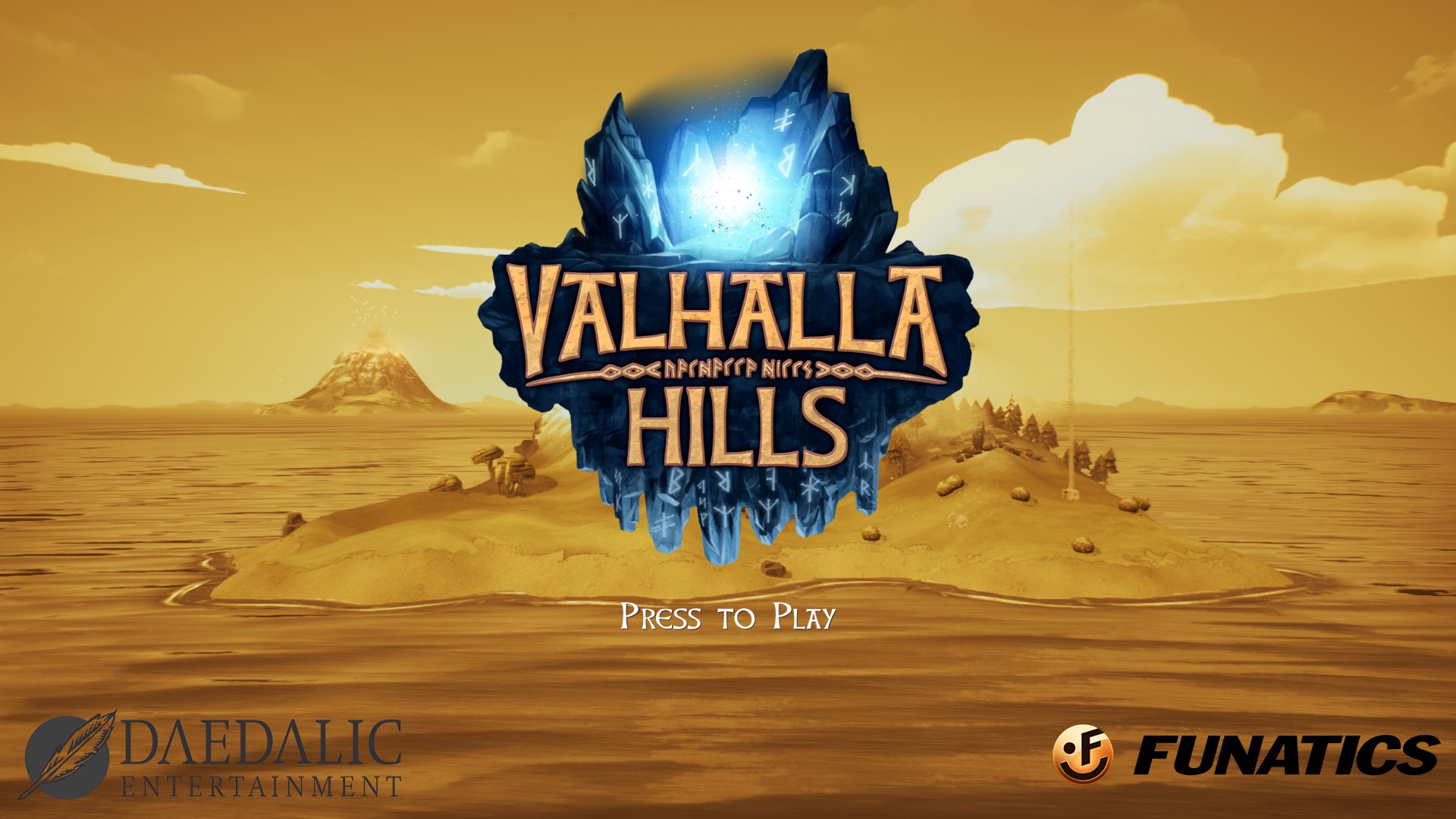 How game’s grow now with DLC’s (even though no DLC’s were used for this piece as I don’t own any) and how things get patched up in games now is insane, but since Dann’s review there has been at least one patch. The patch I refer to is the one that came with the second DLC, so here I am, trying to get my guys up to Valhalla and whilst doing so, yes it’s still fun but the game still has one or two problems. 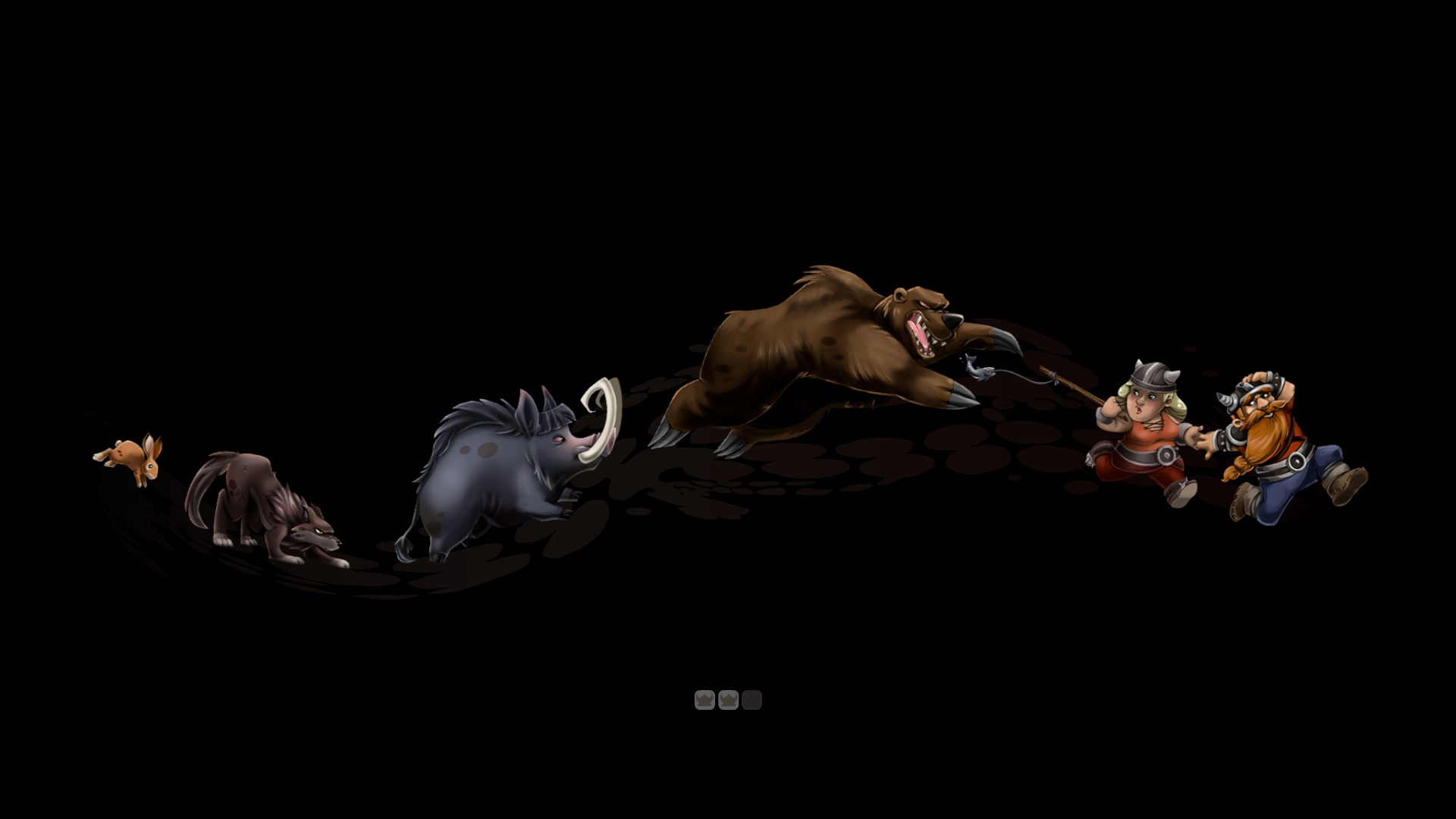 I have never played anything like this kind of game before, and like “The Settler series” (which I’ve just seen from the wiki that there is 8 of those titles), originating from 1993; so starting this game for the first time had me bemused as how to build things as I thought I’d need to drag specific Vikings and tell them what to do like in Base Building Army RTS games, but nope the closest viking will just get on with whatever needs to be done.

After I got past that I really did have some good fun with unlocking things in “Classic mode” until I got to the second map where there are no wooden logs or trees, which meant I couldn’t feed my vikings (unless of course they went by their own free will to eat from the bushes, which in reality they hardly ever do unless they absolutely have too) so yes that can get annoying at times. 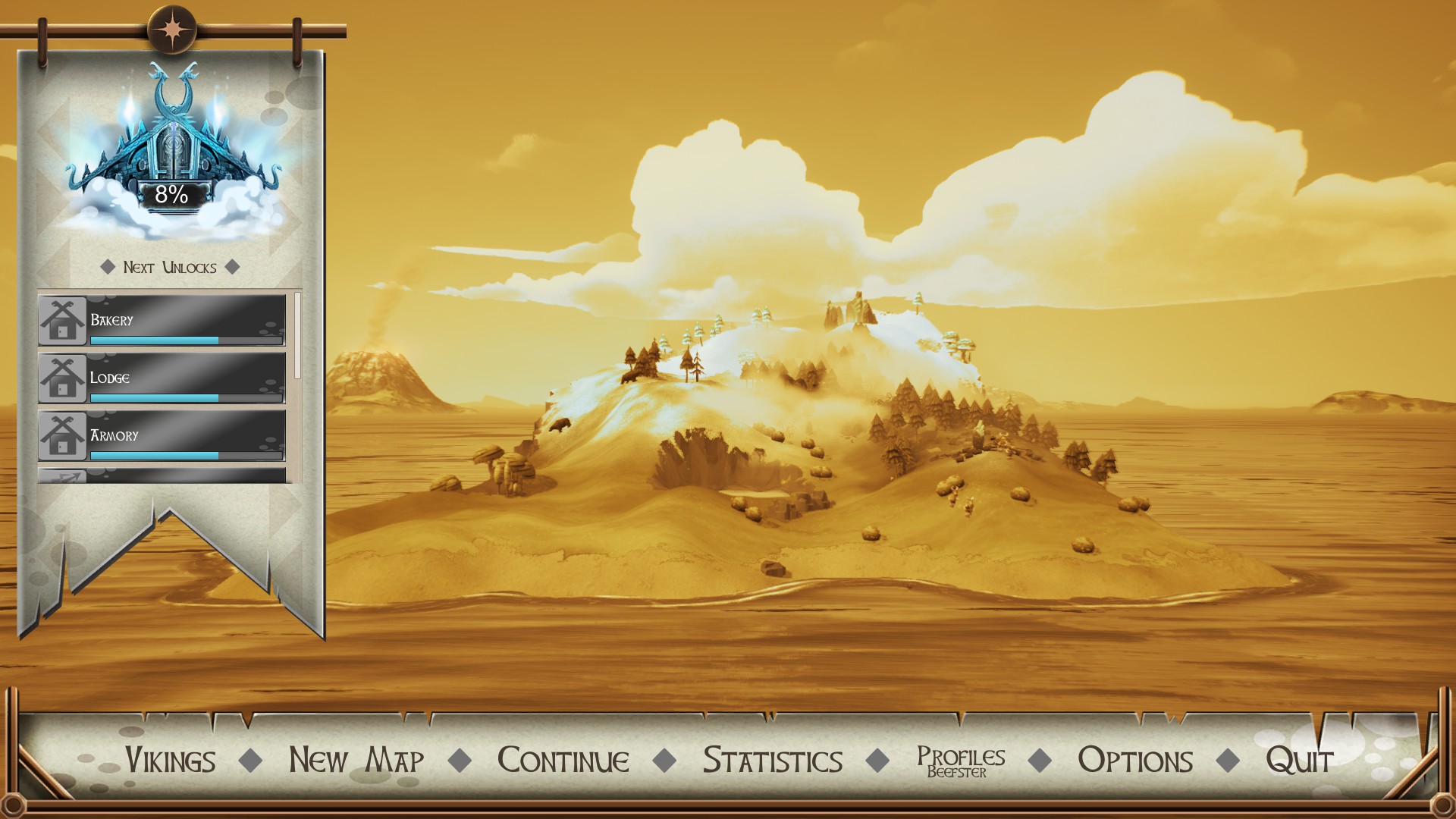 Sadly the game is only single player, and yeah PvP would have been a bit odd in all honesty but some kind of Co-op play would have been fun to play, with players helping out their friends with resources, or maybe even just a survival type match with friends. Food for thought in the sequel eh? *wink wink*

The main thing that captivated me was how the game is so colourful and vibrant. It’s almost something Sega or Nintendo would be really proud of, and in a way I wish this was on the Wii U as Valhalla Hills would suit a family console really well. Sadly the Wii U doesn’t support the Unreal Engine 4 so that’s just a dream. Speaking of the engine, I haven’t found many games that use it that have been “meh” at best and i’m glad to say Valhalla Hills is still keeping my image of the engine as one of the best “game engines” made in many years, as it makes the game silky smooth with some great water effects and the colour pallet used is “bright and vibrant” as spoke about earlier. 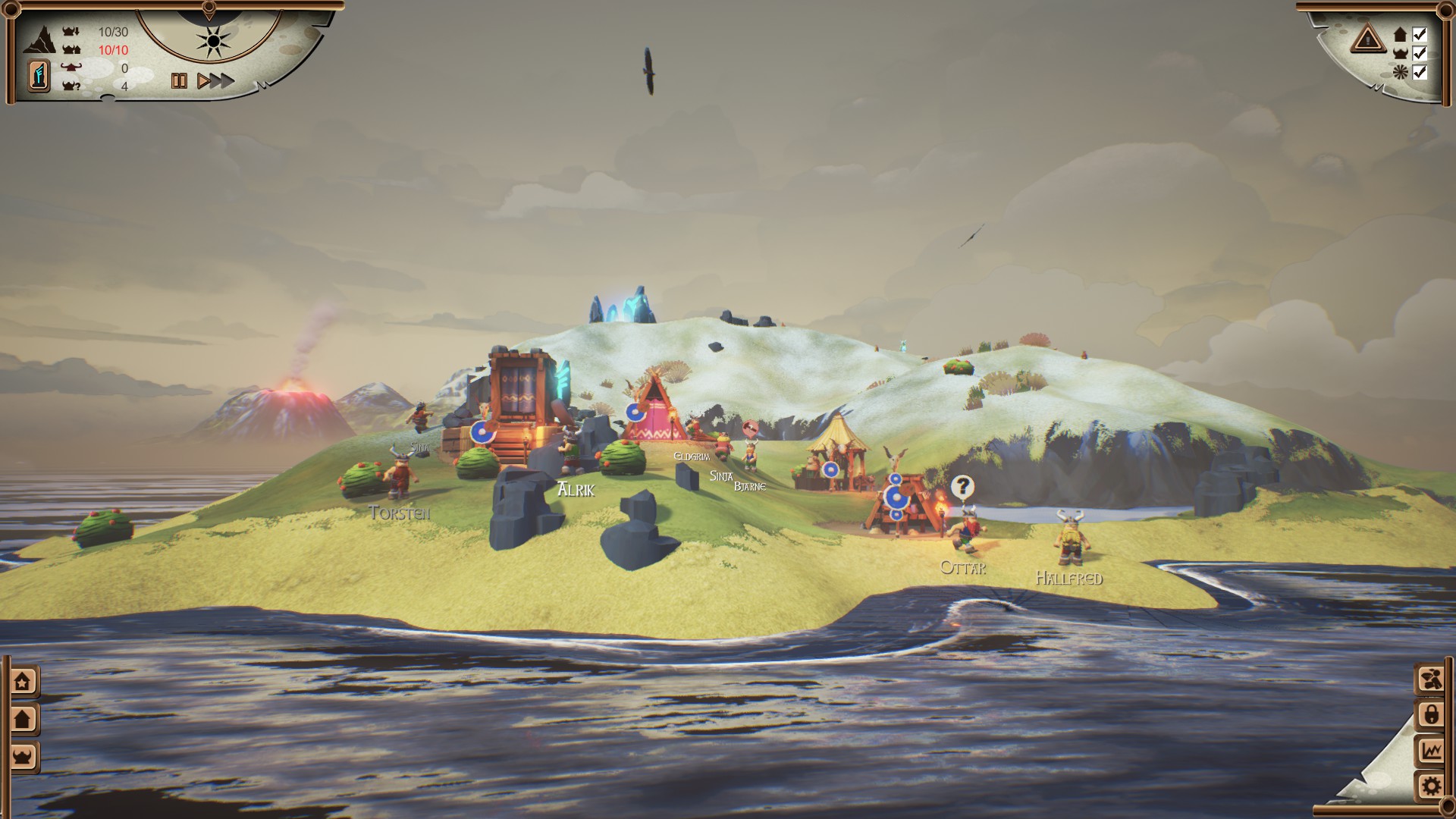 I completely agreed with Dann’s review, apart from the mouse scrolling with panning out the camera, never once did I have any “jams and juts” so maybe they fixed that in the patch in-between us reviewing it, the patch was released on 19th May 2016.

£23.99 for me seems a bit too steep for me (although I recently got the game through a bundle of Humble Bundle) and that’s before paying for the DLC’s where, if you wanted to buy everything in one swoop it’d cost £29.99 but buying the DLC’s, it costs £7.99 which is the upgrade to the “full edition” or you can buy the 2 DLC’s separately for £3.99 each, but like I said it is a fun game and if, or when you do see it on sale I would definitely grab it if you could.

If you like/d this genre and with 26 achievements the game will last awhile if your like me to get all those achievements on Steam especially the “Pro-Summiteer” where you need to get “Your Vikings managed to climb the Valhalla Hills 100 times!” which is no easy feat but it helps the longevity of the game where you have something to work for.