Fresh from the success of winning the Best in Show (Unpublished Board Game) Award at the Southern Fried Gaming Expo, Rap Godz is the debut title from real life brothers Omari Akil and Hamu Dennis, AKA Board Game Brothas. Rap Godz is one of the very few games that focus on the rap and hip-hop scene and, given that one of its competitors is the obviously dismal Vanilla Ice Electronic Rap Game, it looks almost certain to be the best. 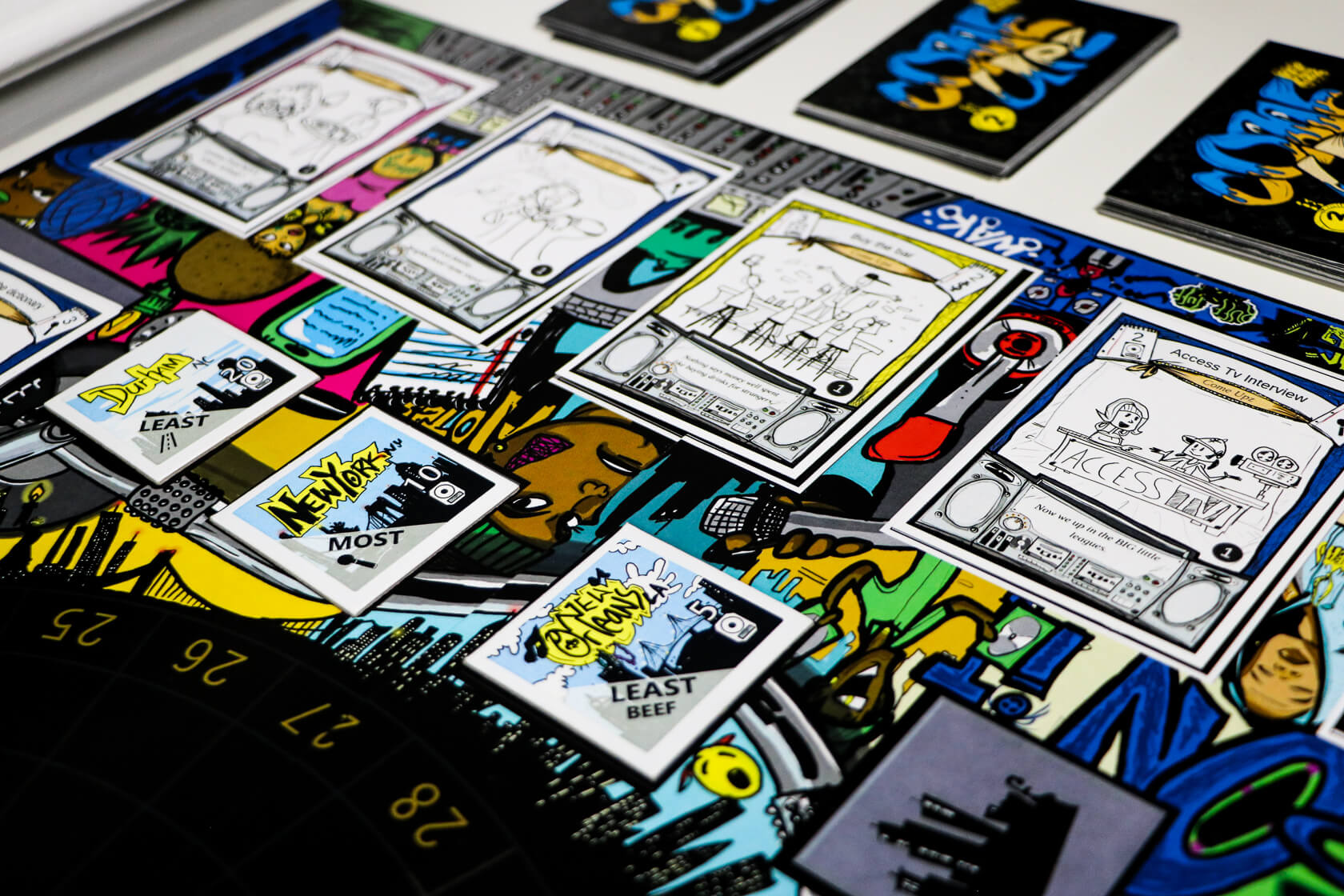 In all seriousness and to use the designers’ own words, Rap Godz is a ‘hip-hop themed game of strategy and storytelling.’ Final details are relatively scarce, although I have been able to get very early access to a number of screenshots that show the latest version of the board, as well as a number of cards featuring the latest (and near-final) artwork. 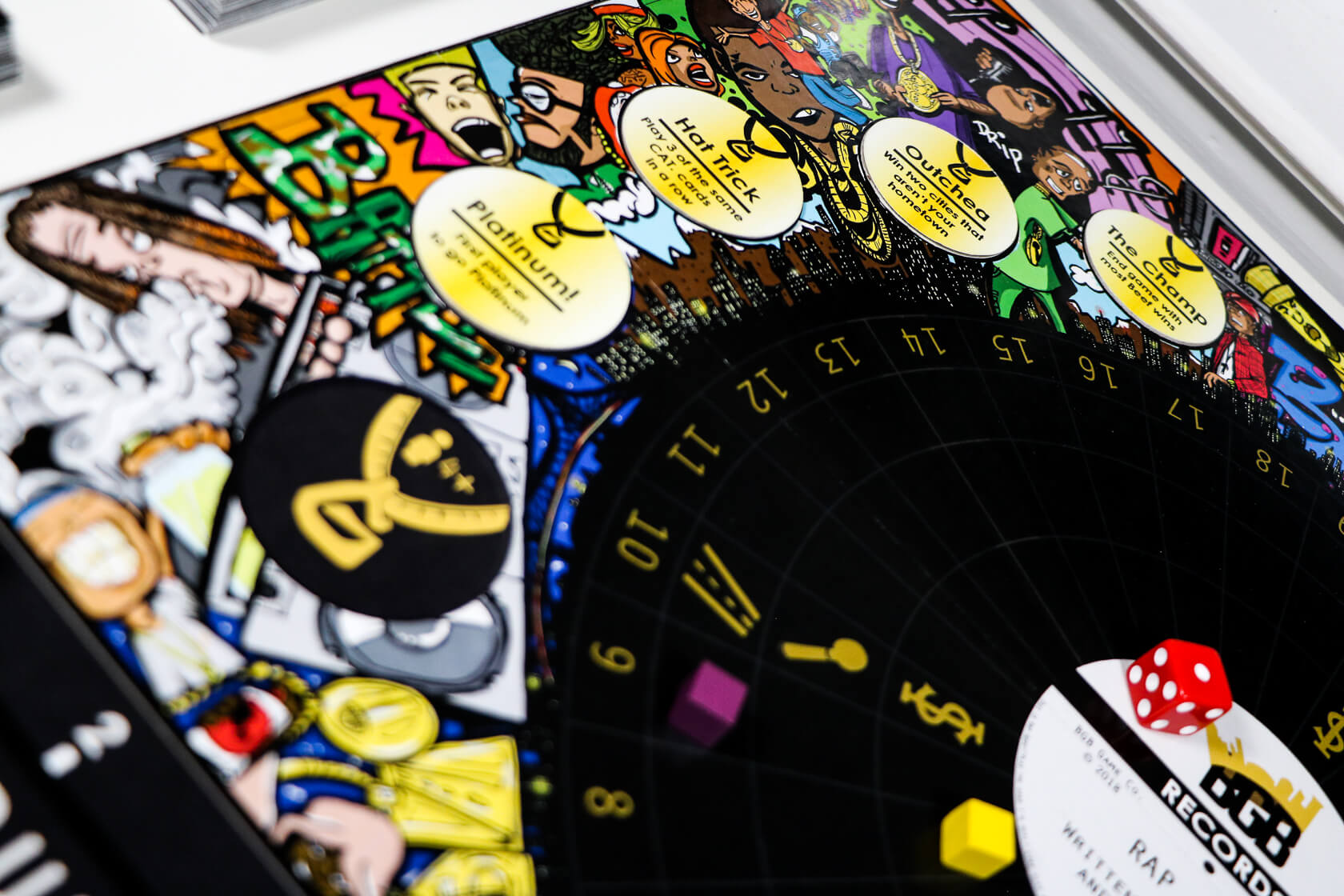 Rap Godz is card driven and uses an innovative and attractive board themed in the style of a DJ’s record deck. Players simply take turns to collect and play cards to increase their repertoire of skills, their financial power and their credibility. Occasionally, thematic ‘beef’ cards are drawn in order to enable slightly risky interactions with other players. 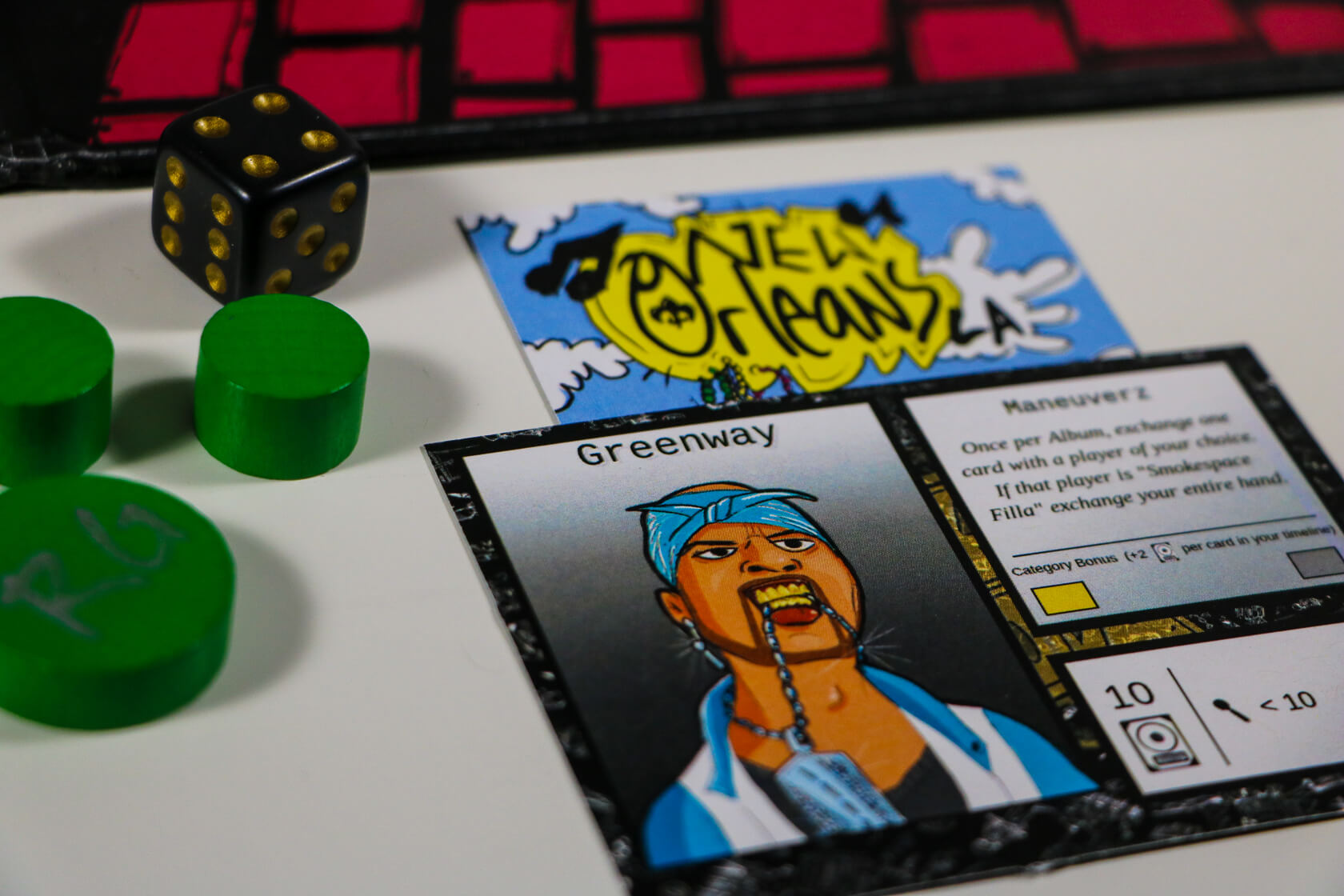 We don’t know yet know how weighty Rap Godz is going to be, but in my opinion it sounds light and accessible and I love the concept of a storytelling game that lets players set themselves up as a budding rapper ready to shine. The board and artwork look absolutely incredible, which is always an important factor in drawing my attention to a game, but I’m also very interested in seeing how the Board Game Brothas have linked their theme to some of the in-game mechanics. 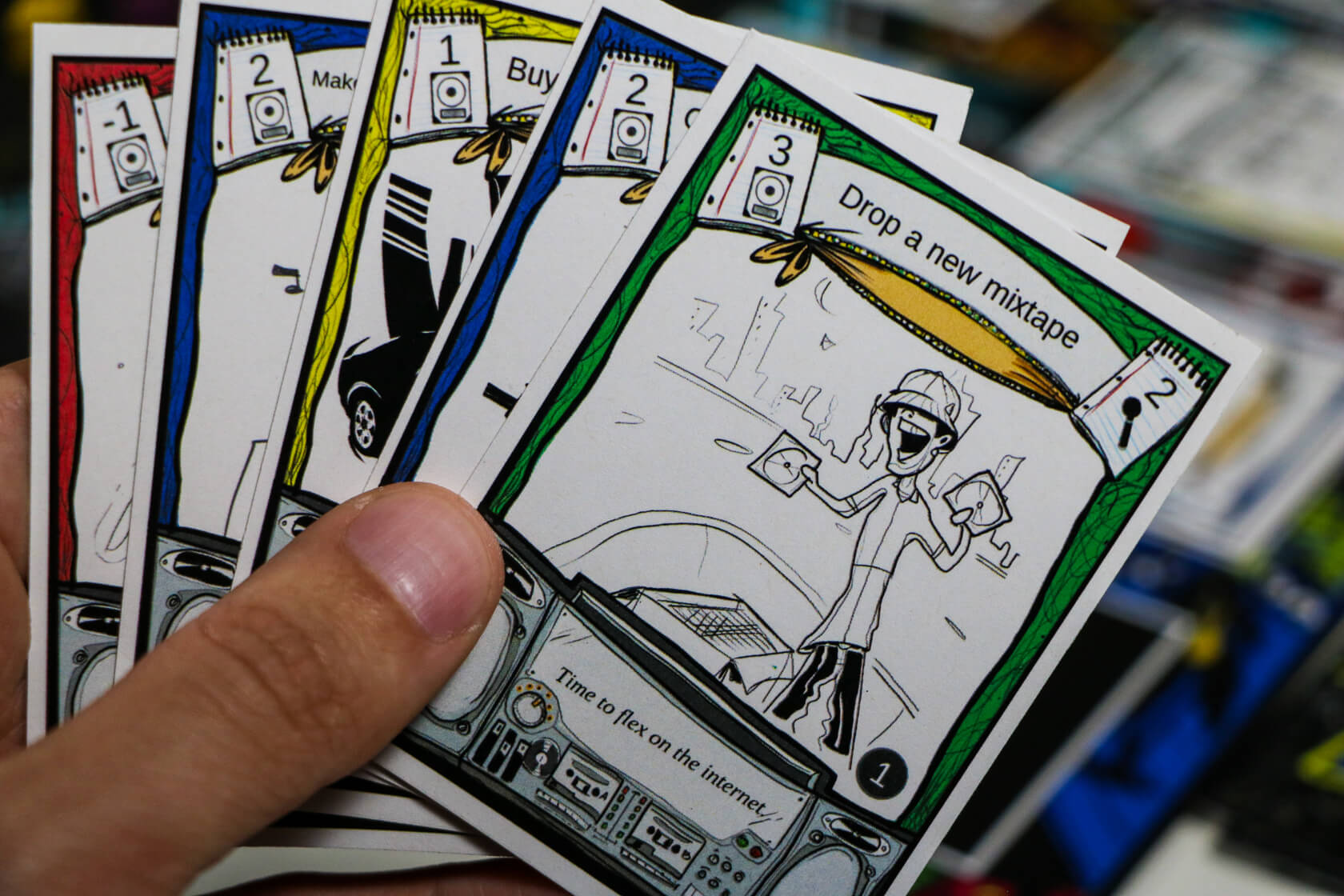 I guess only time will tell on that one and whilst Rap Godz is not yet on Kickstarter, it is nearing its final stages of development. If you’re interested, you can sign up to be notified about the Kickstarter go-live date.