About six years on and Prison Architect is still growing. The latest DLC, Second Chances, is aimed at padding out a different area than others; reform, rehabilitation and behaviour.

Where other DLCs have focused on agriculture (Going Green), new terrain and infrastructure (Island Bound) or new convicts (Psych Ward), Prison Architect – Second Chances is all about getting your prisoners in line and out of the door quicker.

The heard of it comes through the new rooms. The Bakery, Restaurant and the Meeting/Therapy Room. The first two can actually work as an extra source of income, with civilians coming in from outside the prison to visit each of the rooms and spend money there. The latter is easily the poster child for the expansion, it adds Juvenile Correction meetings and training, but perhaps most iconically adds animal therapy sessions.

That’s dogs coming in, to be pet by prisoners.

Each of these gives more ways for your prisoners to reform, and more things for them to do during the day. They beef out the job options for the prisoners, giving them a greater chance to earn money and whittle down the chance of reoffending. Reoffending rate is critical as there’s now a lofty fine for reoffenders in Prison Architect, one which is, at times, over twice the reward you get for early release.

That might sound harsh, but you now have vastly more visibility on reoffending rate and their sentence can now be altered based on their experiences at your jail. It goes both ways, and if you can figure it out then there’s a much better financial reward on offer.

But, Early Release has always been an incredibly tempting, quick way to earn money. If you can funnel prisoners in, get the money for accepting them, and then turn them around and kick them out into society then you’ll make lots of quick easy money. However, when they immediately fist-fight their way into a church, or shakedown a teen for money for smokes, they end up right back in jail and you get slapped with a fine. 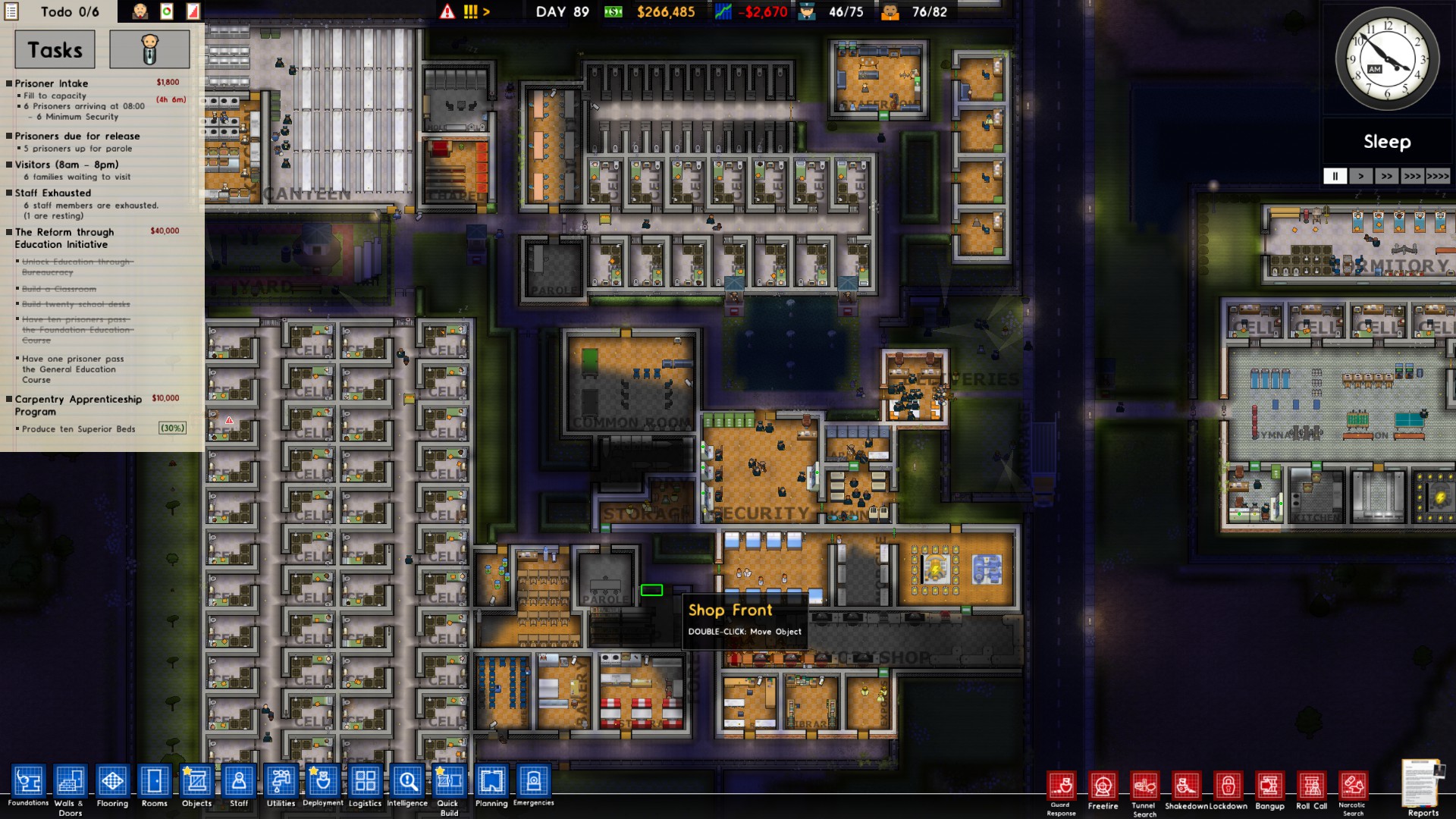 The dogs, bakery, restaurant and more all slot into this system incredibly well. Once you’ve got your prison up and operational it’s quite easy to slide in the small size rooms required for them to operate. The bakery and restaurant slot in alongside the Workshop is a great way to make an extra bit of money from your prisoners.

On that note, Second Chances also adds in the chance to alter prisoner wages. With this you can drop the wages for certain jobs, discouraging prisoners from taking the job when other, higher-paying ones are available. Want to run a massive restaurant and don’t want all the well-behaved prisoners running off to work in the cleaning cupboard? Easy, drop the cleaner wages. OR, instead, drop the restaurant wages for a while to whittle down your expenditure and secure enough money to finish that expansion.

During my time reviewing Second Chances I didn’t actually feel the need to adjust the wages beyond seeing what would happen, but this (and maybe future DLCs in this area) does allow for you to run a commercial venture out of the prison, which if done well, could be a really interesting twist on standard playstyles. 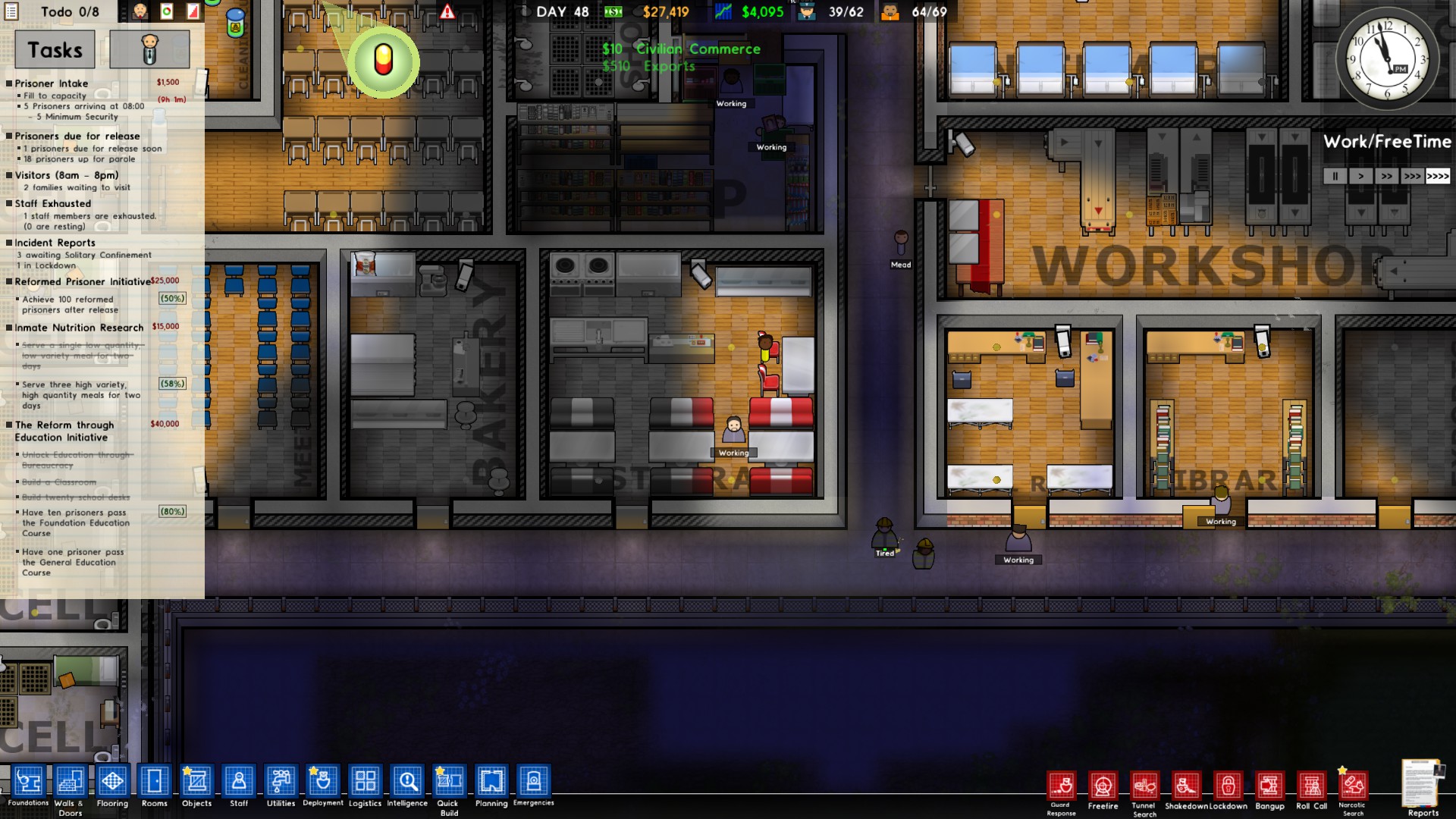 It also launched alongside a decent quality of life update, the Pen Free Update. This added various sized dining tables, booths and wall panels. These fit perfectly with the restaurant. It also added the ability to build certain rooms outside and changed how prisoners use their free time, among other things.

Green Hell is a survival game with it’s own twists

Ender Lilies – Symphony of the Blight

Order of Battle: World War II is a deep, strategic war sim – but is it too opaque for…