There is something mysterious and magical under the surface of Kynseed’s Farming Sim.

To quote an old English cleric, “Imitation is the sincerest form of flattery.” That said, there is a line that can be stepped over when it comes to inspiration. Then again, I am firm believer, the more Farming games the better. Ultimately, there is just so many ways to program planting a crop and milking a cow. Kynseed though, is not what I expected and looks to bend the rules a bit when it comes to that farm you know and love in that valley with the stars. 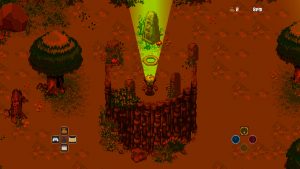 Keep in mind this game is a prototype. All the whistles and gizmos are a twinkle in some ex–Lionhead Fable developers eyes. Many features are yet to be implemented, such as monster poo, seasons, allergies, combat, and did I mention monster poo?

While you are only allowed a brief seven days in this version of the prototype, the game lets you discover at your own pace. I played through a grand total of two times and each time I discovered something new. It’s not exactly a puzzle game but it certainly felt like there was more then meets the eye. The prototype is meant to give you an idea of where the developer wants to take their game and it certainly accomplishes that. 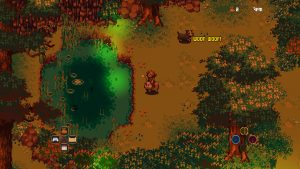 All the farming and daily routine stuff is there and very typical if you’re a fan of the genre. I enjoyed feeding my pigs and watering my crops, but was there more? Suddenly my dad got sick and needed some mystical root. This root can only be found past bed time and anybody who has played these games know that the rules of bedtime are pretty rock solid. You fall asleep on the floor or in your bed, your choice but its going to happen. This is where Kynseed deviates and switches things up and this is what I liked most.

Kynseed wants you to find ways around the rules and do things you normally couldn’t in typical farming simulators.

While I don’t want to spoil anything, purposefully inflating your pigs and popping them is hilarious. The farming mechanics are there to help you dig deeper into the secrets and find all there is to be found. Sure the pig exploded but hey look at this shiny thing I found. I personally hope these kinds of ideas continue throughout development. 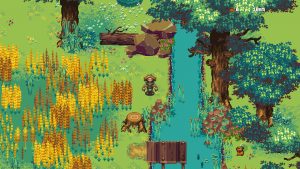 Of course anything can happen and will happen between now and when the game is finished. The art style is a huge example of being different but what you know and love about these games. It’s unique and certainly has unique sprites and gives off that retro aesthetic. However,  most games go through a dramatic change during development so for all I know It could shift into something completely different.

Bottom line – is it fun? Yes, I had good time playing it and trying to discover as much as I could. The seven day time limit does make it difficult but its a temporary inconvenience. I feel like there is more to discover even after having played it a couple of times. Which I think is impressive for a prototype. Developer Pixelcount Studios is hard at work and adding more to the game. So give them a follow if you want to know more. Lets hope they can keep going and make a great farming simulator that lets us play with monster poo. What? You don’t want to play with poo? Liar.