Rebuild your vessel, dodge obstacles and act quickly in order to survive your journey down the Pink River.

I first saw Pink River floating around a couple of weeks ago. It was visually striking and, from that alone, I put it into the back burner; you’re welcome backlog-that’ll-never-dwindle. Finding some spare time I finally decided to install and play it last weekend, spending about an hour with it. Just as the developers describe on the game page: it puts you in the role of a person on a raft traversing an infinite river while managing (and reforming) their makeshift raft.

You do this by moving along the platforms, picking up boxes and dropping them next to other parts of the crate. If you’re smart then you can capture new boxes and expand your raft, but there are lots of dangers in the water — like rocks, mines and beasts — which can shatter parts of your raft with a single touch. 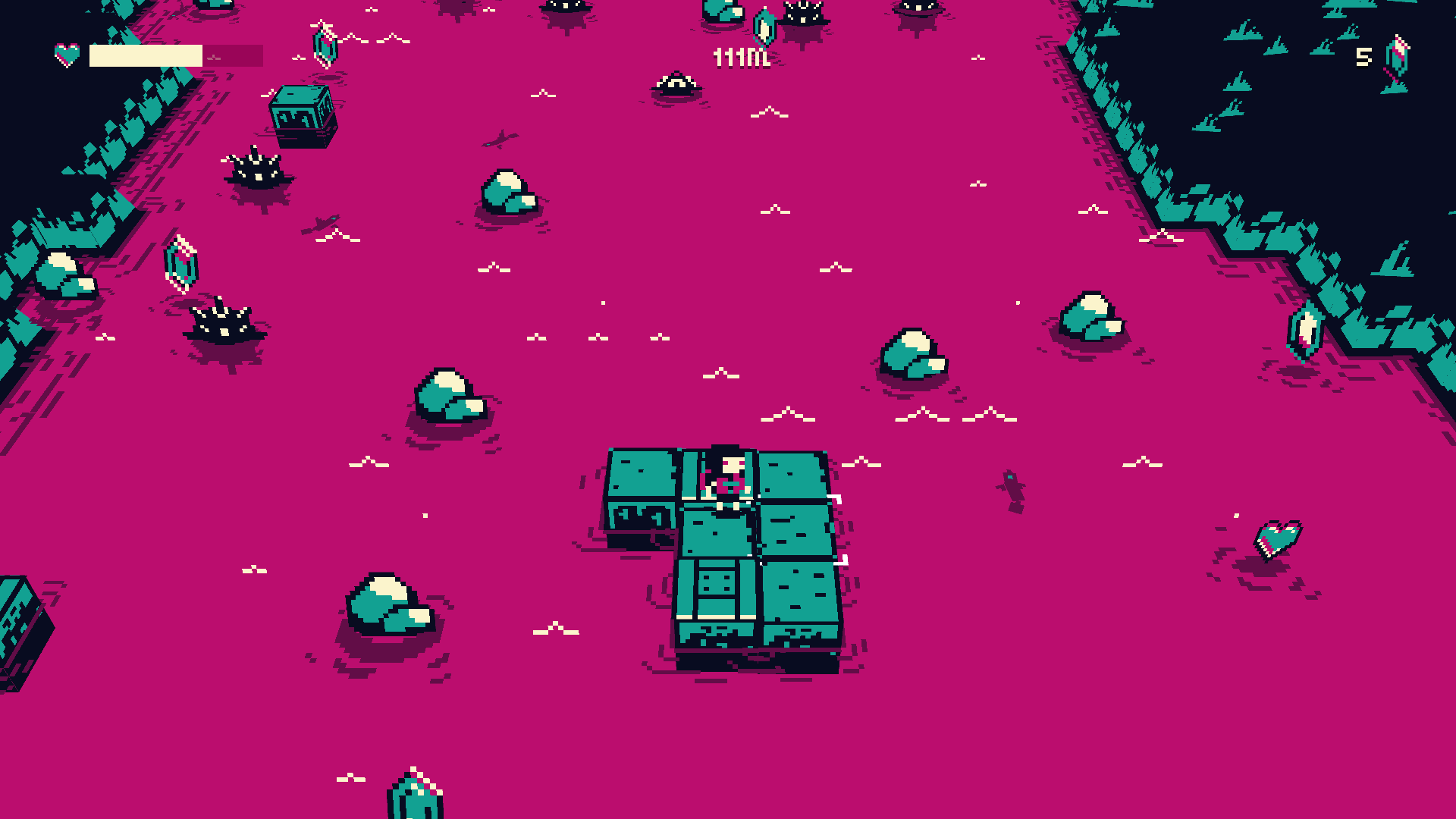 Between the starkly contrasting neon pink and bluey-green palette there’s a weird side-effect from playing Pink River for a prolonged amount of time — the bright colours make it hard to look away, but they also stay with you after you do turn it off.

I was playing on a big 4K TV, which really added to how zoned in I became. Wearing headphones and hearing the looping track really gave a sense of unison. I would love to see the gameplay here fleshed out, with different river types and boxes — the game has two rafts, your standard box and another that looked like a cage.

This game left its mark and I’m beyond impressed that it was built in 48 hours during the GMTK Jam. I really hope the developers can shop the idea around a bit. I want more Pink River.

Pink River is available for PC, Mac and Linux over on itch.io for a “name your own price”.