Keys and Kingdoms — Role-Playing the Piano

Keys and Kingdoms is a musical role-playing game that not only teaches you the fundamentals of proper finger placement and play-by-ear training but puts a bit of magic into the process.

I personally long for the return to educational games like the way they used to make them. Mario taught me typing, Carmen Sandiago showed me the world, and The Oregon Trail made sure that I would never drink dirty water. They were clever, colorful, and most importantly they got the job done: teaching kids while still staying fun and challenging. Keys and Kingdoms reminds me a lot of the classic approach of making sure kids are having fun while disguising the fact that they are learning through this intended osmosis. My eldest son said it best, “I don’t even know how I knew that.” But he did, and he did it well.

Where Keys and Kingdoms excels, of course, is its ability to teach, but it’s the gameplay that makes the game so fun. After picking how your character looks, with a somewhat limited amount of hairstyles and basically no clothing options, you jump right into the story with a tutorial that teaches you the basics. It’s an absolute requirement for a game like this, so it’s one of the few times that I will let hand-holding in modern games slide. The rest of the game you’ll move through the colorful map of the land of Harmonia with an animal companion at your side and take on enemies on the otherworld. The animal you pick, which you can name yourself, becomes your faithful buddy to help beat up baddies.

Once in a battle, it’s a matter of call and response every time the enemy attacks you. You are required to listen to the notes being played for you, then you play them back. If you play the sequence without hitting any notes, you will perfectly block the attack, delivering little to no damage. If you want to attack, you must follow along the string of numbers on the beat — each number represents the appropriate finger on the keys and there are corresponding colors for each hand — and in order to do the most damage, land each note perfectly. 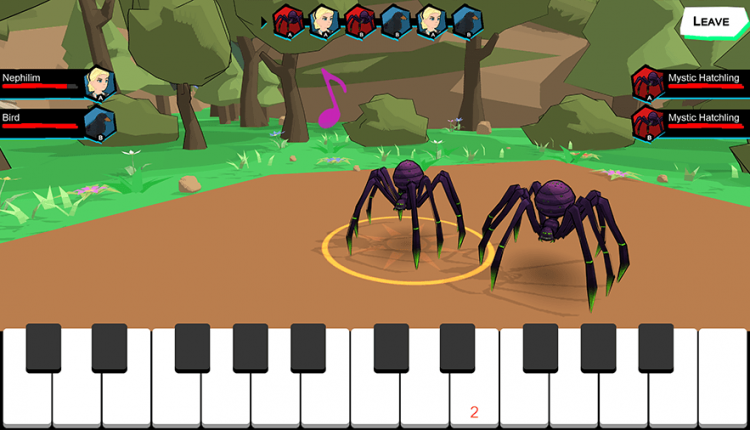 The clever part of all of this is that Keys and Kingdoms substitutes these numbers instead of notes, completely bypassing the letters and instead gives you something simple — such as counting your fingers — to rely on. By doing that, the system allows kids a frame of reference that is tangible instead of simply reading sheet music. They’ll learn the sounds instead of the letters and ultimately, they’ll learn the feel of the piano by where their fingers are placed and how to place them properly. This is an absolute game-changer when it comes to getting fidgety kids to understand the fundamentals of music and it does so quite effortlessly while still managing to engage visually and providing real goals, and the primary way that goals are managed are through quests.

Quests are found on a quest board in town and are the main source of things to do in the game. Be it a fetch quest for a villager or simply crafting a new item, these tasks provide a set of lessons wrapped up with the goal of small accomplishments that carry on to the game, such as a new weapon or XP to level up with. Most quests bring you to your destination and then throw you into a dungeon in order to have you face a multitude of enemies, and increasing the difficulty as you continue playing your heart out to beat them. Once your deed is done, there’s typically a treasure chest to open, which will shower you with gifts such as scrolls that contain new songs to play and musical notes that are the currency used to craft. You almost always get a crafting recipe for a new weapon, which you can only use in town at the crafting machine. 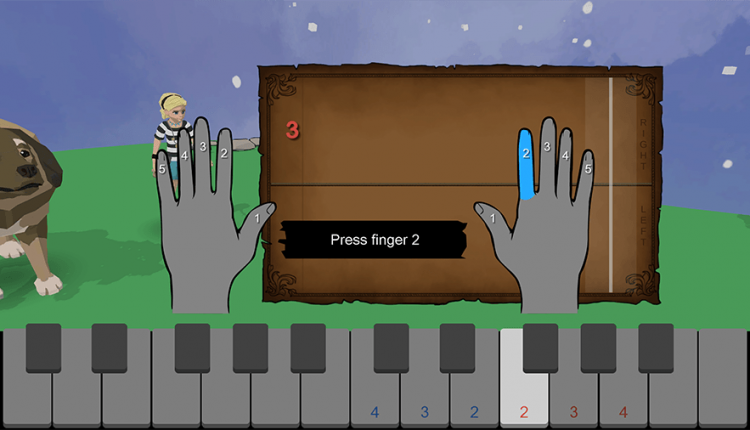 The crafting machine is a mixed bag and the only thing in Keys and Kingdoms that had me question its purpose, as it seemed easier to ‘cheat’ than the common gameplay within the rest of the adventure. Its intention is to give you an option to make your own song that you can play and enjoy, but you can just hit the same note or finger over and over again, making it exceptionally simple to pass. I somewhat discovered this by accident, and while it does feel better to make your own proper melody, the requirement to play it again and not miss a single note seems a bit stiff on the learning curve. I almost wish the option was more locked down as a means of practice than the free creation it offers, but I guess it adds variety and creativity, and when those are used properly, I can see the means justified.

The various control options for Keys and Kingdoms are interesting, to say the least. On an iPad, you can use touch to move your character around, but if you are using the — eventually required — midi keyboard supported by the game, you can use three of the white keys as left, down, and right and then the first black key above it as up. It’s a bit unwieldy at first, but if that’s your preferred way to play, then you get used to it rather quickly. During battles, when you are picking your type of attack, you can select between C, D, or E, each one representing a specific attack. Each one actually uses the appropriate note on the keyboard, and you have to hold that note to select what you want to choose. After that, if there are multiple enemies on the screen, you can use the same keys to determine your target. It’s a clever system and I never thought I’d see a game using a midi keyboard to control it outside of some weird niche speedrunning genre, but it works pretty well, all things considered. 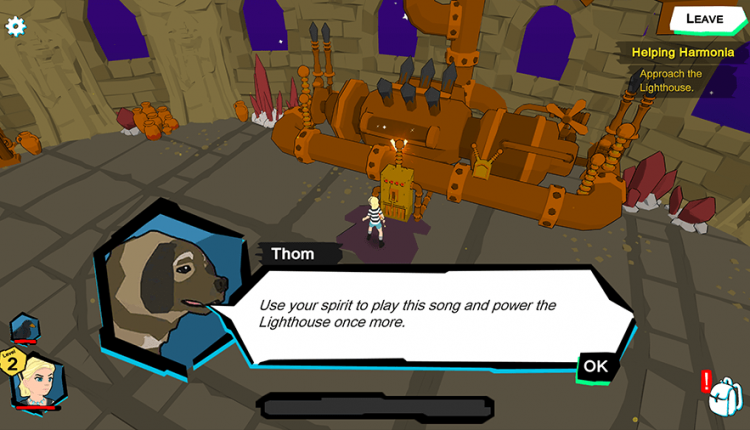 For parents, the price model for Keys and Kingdoms might take a bit of getting used to, if you’re not familiar with paying monthly for a service such as this. To begin, there is a free trial that gives you a month to try out the game and all it offers, but if you’re trying to play the game without the required keyboard, you’ll quickly find yourself needing one. Signing up for the trial requires a credit card, but it will not automatically enroll you to continue paying for the privilege after your trial is up, thankfully. I really appreciate that they took the time to do a trial properly, especially given how many services benefit from forgetting to unsubscribe from monthly subscriptions. You can pre-buy the subscription for an entire year to half the price, which is nice but might be something you’d want to do after trying the whole thing out for a while.

Keys and Kingdoms is an unusual product but seems to provide a solid and, most importantly, fun way to learn music. The role-playing genre is a perfect fit for learning and evolving as a musician, and it fits here just as well. Players will get joy out of taking on quests, customizing their arsenal, and beating the stuffing out of enemies with the power of music. It’s a bit pricey for the fact that you’re going to need a midi keyboard to play the game properly, but it’s likely a much smaller price than paying for an actual piano or even a low-end proper keyboard for lessons, not to mention paying hourly for lessons as well. Check out the trial, see if it works for your child or even yourself, and prepare to see some amazing results that may surprise you, not only by skill but in how much fun you’re having, even while learning.

Keys and Kingdoms is available now for Windows, Mac, and iOS. Check out their website for more information about the game and how you can sign up for the free trial.

Birth is a calming puzzler about building a new friend