Join the revolution in the action-packed pages of Liberated!

Liberated takes place within the pages of a black-and-white comic book. After witnessing the traumatic bombing of St. Martha’s school, the world has spiraled into an Orwellian Dystopia. Every action, both on social media and in the physical world, is monitored and tallied into a Citizen Credit System (CCS) which simultaneously offers perks to upstanding citizens while tracking and punishing non-conforming individuals. Meanwhile, a group of masked rebels called the Liberated attempt to bring to light uncomfortable secrets and lead a revolution to topple the oppressive regime.

While the story uses a pretty standard formula for the Cyberpunk genre, Liberated truly shines due to its presentation: hand-drawn panels and 3D-animated sequences blend on the screen to move the game forward, the dark atmosphere heightens the tension each burst of action is followed by a beautiful wide shot at the end of each page, before flipping to the next page.

Most of the gameplay takes place from a 2D perspective, with platforming, puzzle and stealth-shooter elements. Enemies take the form of generic guards and killer drones, which can be avoided through stealth, dispatched with silent takedowns or engaged directly through ranged combat. 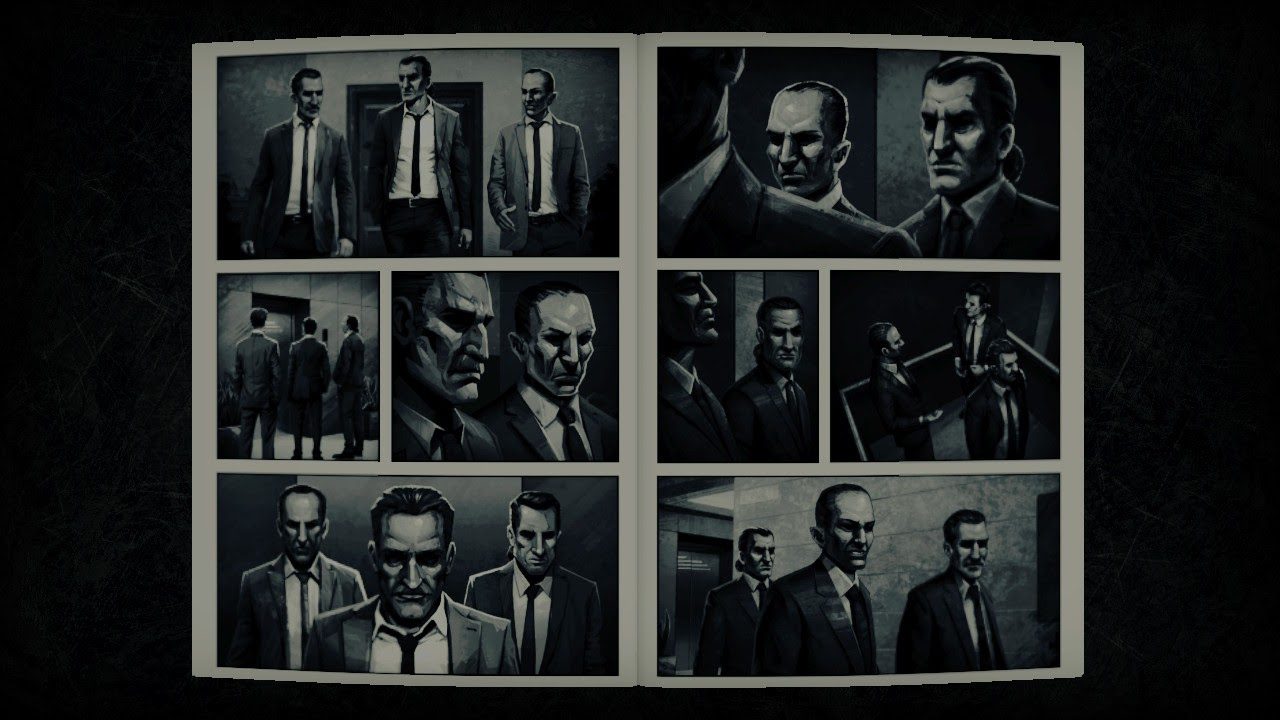 Despite the relative simplicity of combat, the dark atmosphere and clever level design also help keep the player on their toes, with obstacles such as ladders and pits, as well as foreground objects such as pillars being used to surprise the player with unexpected foes. Combined with a small health pool and lengthy weapon reload times, this leads to some memorable action sequences such as a frantic escape from an exploding base and a short but brutal elevator fight.

Some cutscenes also use Quick Time Events to force quick reactions from the player. In most cases, failure simply forces the player to restart from the last checkpoint, but some characters’ fates can also be irreversibly determined by these events, which adds to the tension.

The narrative has plenty of things to say about heavily politicized topics such as authoritarianism, police overreach and technological surveillance. Some of its takes can be a bit clichéd, but the story still flows nicely with interesting characters such as Tim and Tom, a pair of brothers who can’t help but remind me of similarly-named characters in another Nintendo Switch game.

The game suffers a bit from stuttering and unresponsiveness during transitions between pages and from a lack of variety of enemies and puzzles, although the short length of the game (4 chapters, each of which can be done in a single sitting) keeps it from being truly repetitive. The final chapter also has a few issues: while the story conclusion in itself is provocatively satisfying, the last minutes of action are not as intense as the previous chapters, making me wish for a higher climax before the ending.

With all of this said, playing inside a comic book feels truly unique, and the dark atmosphere, politically-charged topics and frantic action sequences make it a worthwhile experience.

Liberated is available on the Nintendo Switch and Steam.

Rodrigo is a researcher of games and Artificial Intelligence, who studies AI for cooperative games and AI-assisted game design.