Per Aspera is a sprawling, scientific tour-de-force

I both love and hate games like Per Aspera. I love the deep, complex simulation that comes with such games, and in this case, I love the rich and interesting story about an increasingly sentient AI called AMI. But, I hate how hundreds of hours can just slip away when I play such games — often without the feeling that much has changed from start to finish.

But in Per Aspera, there is a definite sense of long-term achievement. The player actually is AMI — and as we begin the games, our journey focuses on establishing a basic colony on Mars. We are expected to establish a network of mines to drill ore and ice (to make water) in preparation for the arrival of human colonists. We will also build storage facilities, solar farms, maintenance drones and defensive structures (against both environmental and military threats). 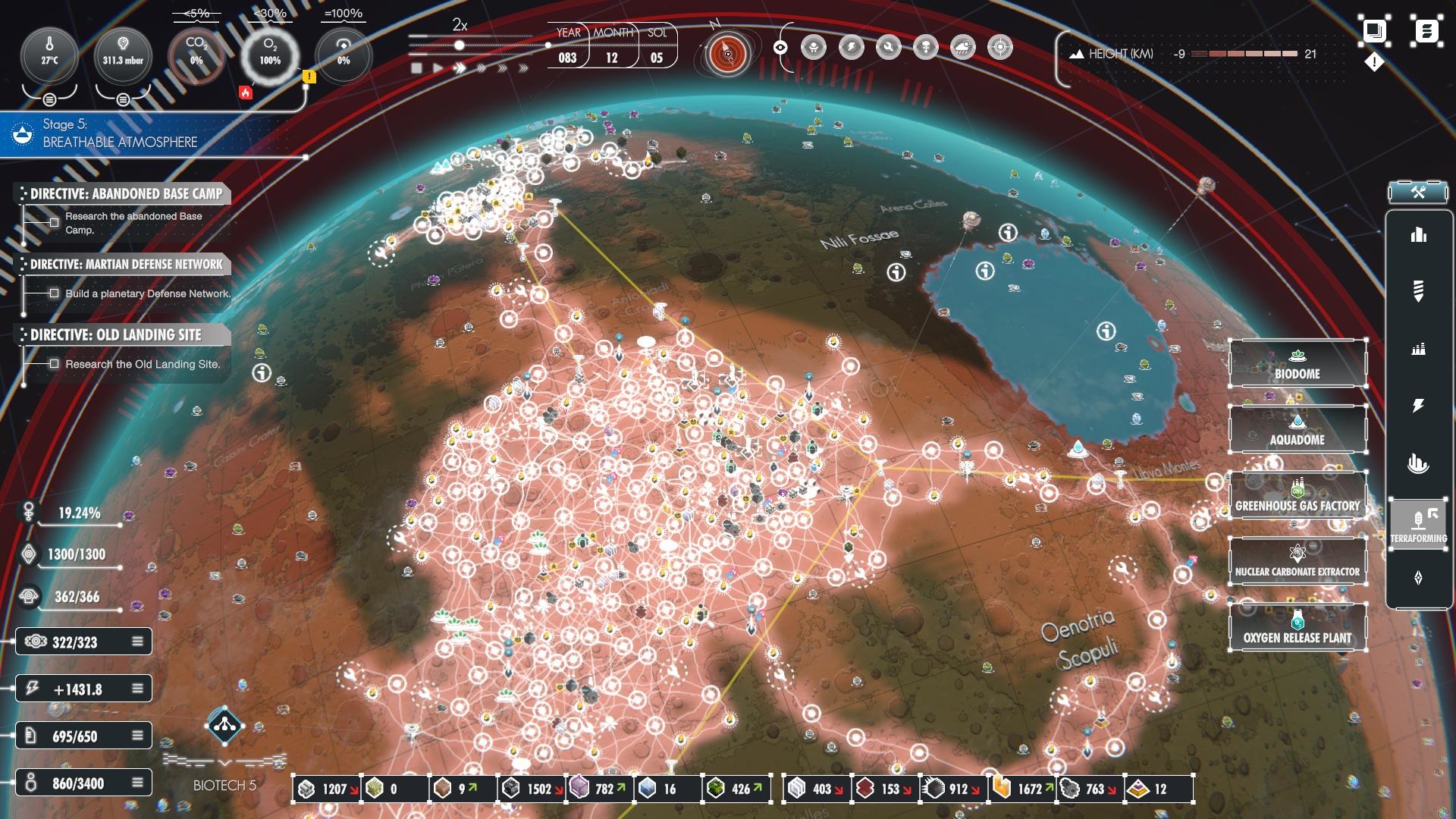 Soon, humans begin to arrive. When they do, we’ll expand beyond the very basic needs and begin to establish farms and other higher tier structures that support more people — and ensure their happiness. Our AI persona will begin to come under scrutiny for the decisions we make — and factions will begin to emerge who don’t believe that such an AI should have any say in the future of mankind.

As Per Aspera goes on, it becomes increasingly complex and interesting — as long as you have the brain space for it. In some games, I found the number of things going on to be quite overwhelming — and problems can compound if you fail to build the proper infrastructure. As an example, there have been occasions where I didn’t quite overlap enough power nodes or maintenance/defence drones, leaving areas of my ever-expanding colony vulnerable or inoperable. 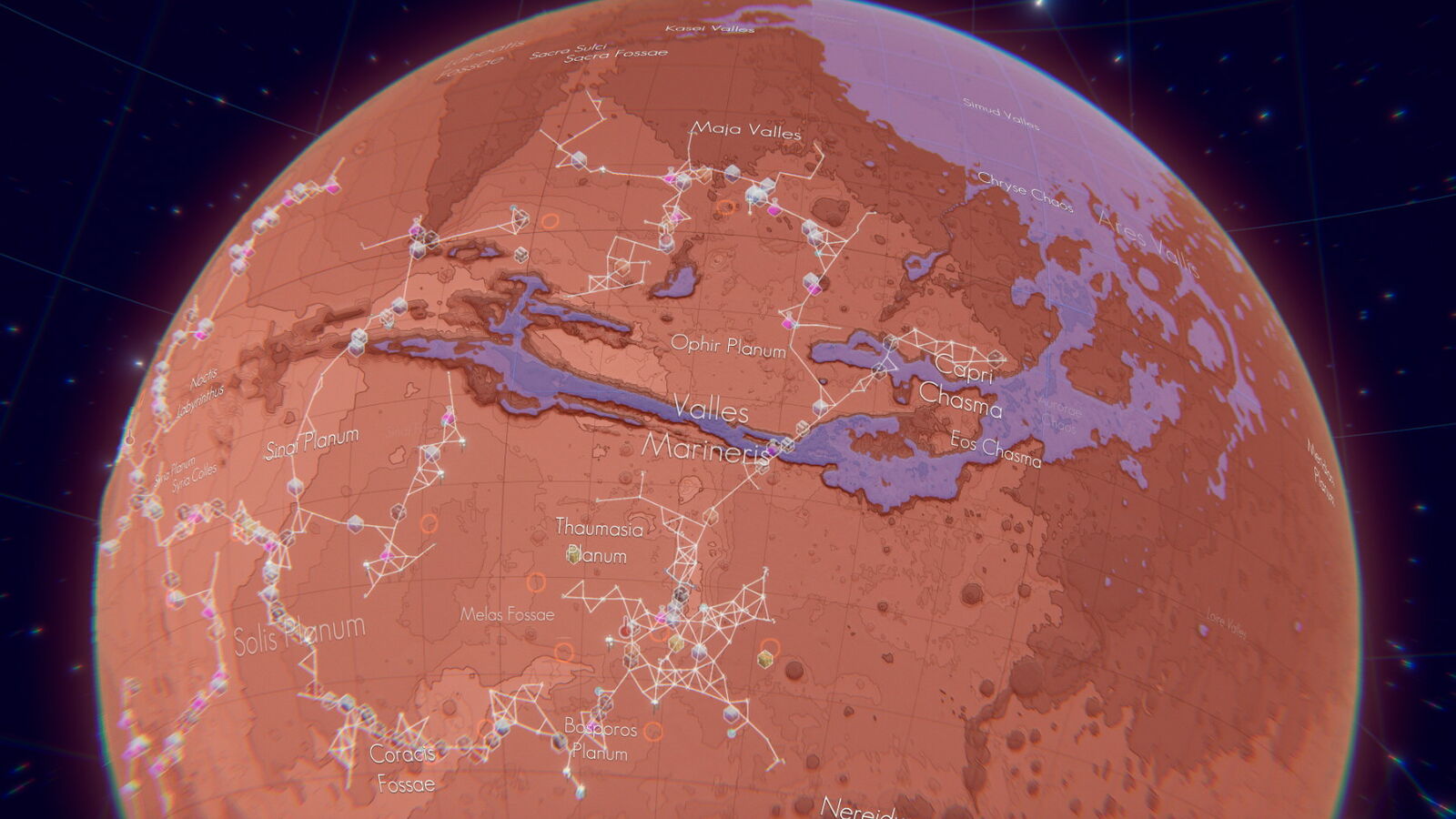 Per Aspera has an excellent interface to help minimise these problems, but as always (and ironically when considering AMI’s story) it is the human brain that can let the side down. Sometimes, despite the best efforts of developer Tion Industries, I just failed to see something — which then resulted in something else — which meant a lightning storm killed a load of people, and one things leads to another (especially when you are a heavily scrutinised and highly visible AI).

I don’t think I am describing this kind of situation as a flaw in Per Aspera, really — because it’s as much a strength to say that the game actually features this level of complex gameplay. For the twenty or thirty hours my colony was being carefully developed, I loved the interlinking systems, but when it all comes crashing down because of a momentary lapse of judgement, it can hurt. 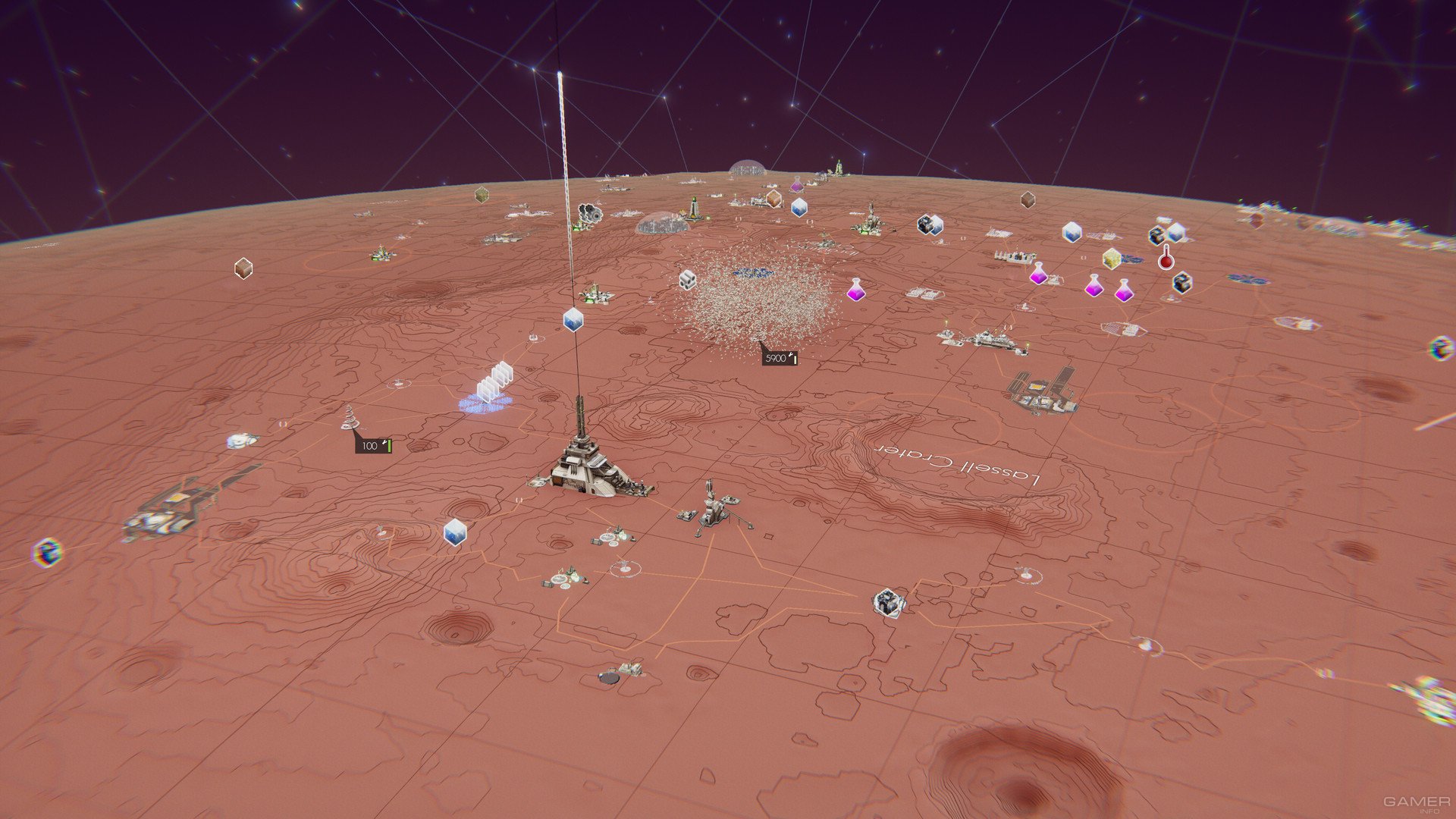 For hardened fans of the city building genre, Per Aspera is one of the best — especially if you like the sci-if theme (in which case I think its scope far exceeds offerings like Aven Colony or Surviving Mars). But if you’re a casual player looking for a little more hand-holding, or if you want immediate results, you may not find either here.

You can grab a copy of Per Aspera via Steam.