Reminiscing on 8+ years in Vanilla Minecraft

For the last few years I’ve found that I will often boot up Minecraft once every couple of months and just create a world from scratch. I usually stick with the world for about a week, then abandon it and visit an old world instead. I’ve noticed the patterns I tend to follow and have worked out the kind of world spawns I’m seeking. I’m going to talk about my new, latest world in this piece and will follow it up with a piece discussing some of the older worlds I’ve lost myself in.

I tend to use the console version which, with it’s quick crafting options, has left me far from far from adept at crafting due to learning the console’s lazy system. As such, I’ve never bothered with mods, something I’ve been interested in since seeing a video featuring the ability to cut down trees in one go — a true timesaver and an excuse to spend more time doing other things, rather than the same things over and over again. 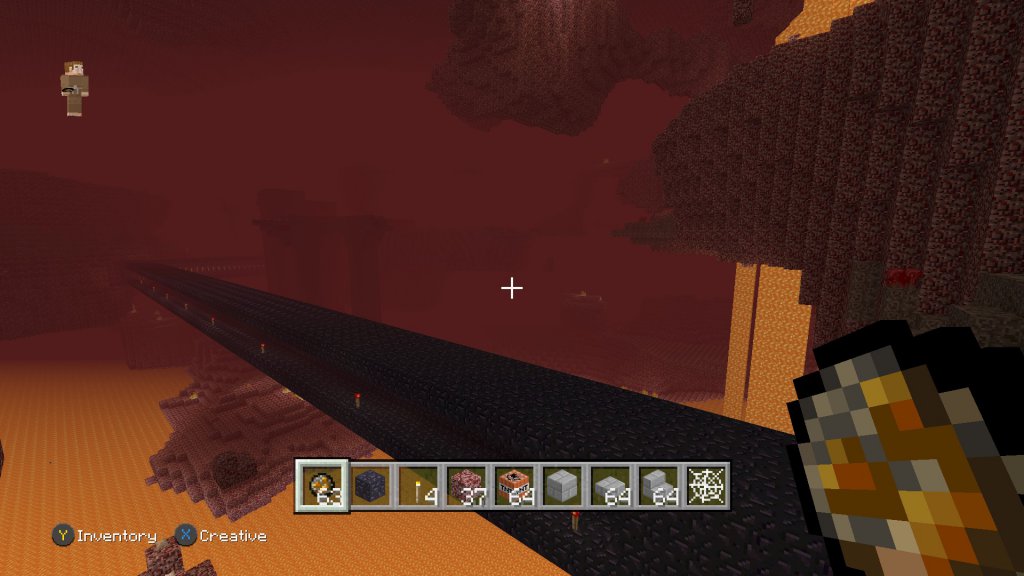 All of my worlds are a work in progress, but I think this is common place for Minecraft, with pre-planned worlds — as a form of sculpture — existing on the sidelines.

I’ve yet to see the endgame— or, even anything past mining diamonds. Most of the instances since I first started playing the game have only been seen when playing around in Creative mode. Of the structures generated — underground structures, that is — I’ve only really seen the one, although have found plenty of abandoned mineshafts.

When I create a new world, these are what I hope the new palette offers:

Most of these big ideas end up being abandoned before they can truly shine, but some remnants still exist. If I’d managed them better, maybe they could have been in the same save, but normally I’d rather start with a new slate.

As such, some of the things that are constant in my worlds are:
big symmetrical rooms with at least a single patterned wall and triangular ceilings, some shelves; and trees growing on the rooves of buildings.

I wish there was some form of copy-and-paste mechanic for Minecraft maps — a way to just keep the cool stuff whilst starting a new world.

Upon loading up some old worlds, I have the fun gamble of guessing what the loaded save is. There is a nostalgia for worlds that I no longer have — it’s led to me contemplating pulling out some old hard drives to search through, but it’s yet to happen.

I load up the world called DEPTHS OF HELL. Expectations are a mineshaft and plenty of lava, doors to the nether and plenty of netherrack aflame. The hope is this is the first world I created, back when I didn’t know the game had natural caves and just proceeded to mine a staircase all the way to bedrock, only reaching a naturally occuring cavern four blocks from the bottom.

The world I’ve chosen is a relic. It’s a shared world with three others, and while I can’t immediately place a date on its creation, so look around to find some telltale sign of an item yet to be implemented in that build. I make estimates based on a lack of mutton and jungle wood, but stacked signs and the ability to climb vines, about which a great deal was made at the time.

Cross referencing update notes for the console version, it points to being from between the 4th of April and the 23rd of August 2013. I immediately check to see who is online from when we made the map, wanting to share the tiny ancient courtyard we spent hours working on. None of the players are online, so I attempt to export the map and fail. After three attempts, I give up. I can always try again.

I still plan on showing the map to those who worked on it. While it is quaint compared to most builds, it was a small community build between family. After talking to one of the players, I’m reminded that it’s from their birthday. It all starts coming back to me, how the Editor-in-Chief of this site sat in a red wool statue resembling a one-eyed bear shooting arrows at me, while the other two people were busy taming wolves and building a pen for animals.

I load up another save, while knowing it’s unlikely to have that effect on me. The original world is completely off the table at this point, but there are still maps I’m craving.

I load up a world that used my home telephone number as a seed and I spawn in creative mode on a flaming platform in the sky. This map was supposed to be a challenge map, where I would design half and my sister would design the other half. As always we ended up getting engrossed with ideas, and unfinished remnants exist.

A massive fortress stands, undecorated, with gaping holes where walls should be. It goes four floors deep, each floor bare but illuminated with glowstone. There is a portal in the basement, which is badly aligned with the floor — I enter it, with an idea of what I’ll see on the other side.

An obsidian walkway stares at me. I follow the path to a staircase, realising what I’m about to see. It’s a working minecart rig, with the idea that we create nether portals to link up areas of the map, which are in turn linked together with an obsidian monorail, running to the end of the corridor. I’m immediately reminded why we abandoned this world. 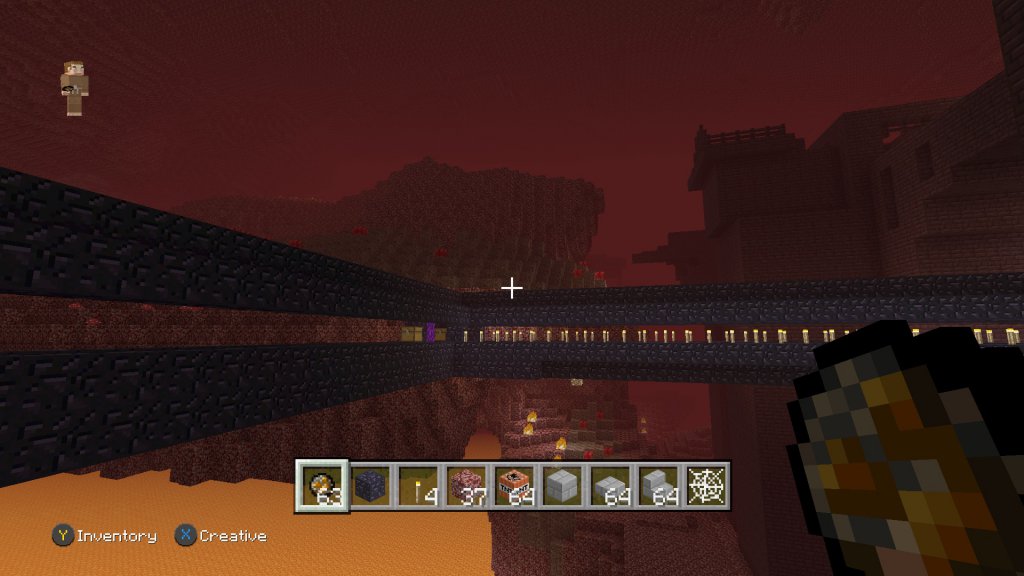 The nether is smaller than the regular Minecraft world, and as such is mapped to a ratio which means portals over short distances in the nether magnify the distance in the regular world. Our problem seemed to be where — despite distances that should have equalled large distances outside the nether — the first exit on the rail system still redirected to the exact same location as the entry point.

I exit through the third and fourth portals, knowing these to work. Flying around the world, it hits me the fortress might be the only thing standing We spent all that time building a rail system but failed to give it a purpose. I have a memory of a coastal region with a stone overflow, with vertical drops buffered by flowing water

Scouring the map for other man-made structures, I see a broken portal, which, once fixed, turns out to fix the first exit problem from before. Great, but I still have the nagging feeling that all that exists is the fortress. This is proven to be true — an amalgamation of previous maps have blurred my memory of this one.

I take a few screenshots and delete the world.