King’s Road is a 2017 release from the prolific mind of Reiner Knizia, which features rich and colourful artwork from Vincent Dutrait. It supports two to five players and lasts for around thirty minutes or less, with players using identical decks of eleven cards to engineer point-scoring opportunities as a king piece makes its way around the board.

King’s Road is a relatively light game to learn, teach and play, but the simplicity of the components and board belies the level of strategic depth needed to truly master it. At the most basic level, the board comprises eight individual regions which feature a simple scoring method with four numbers each, in a descending order of value. 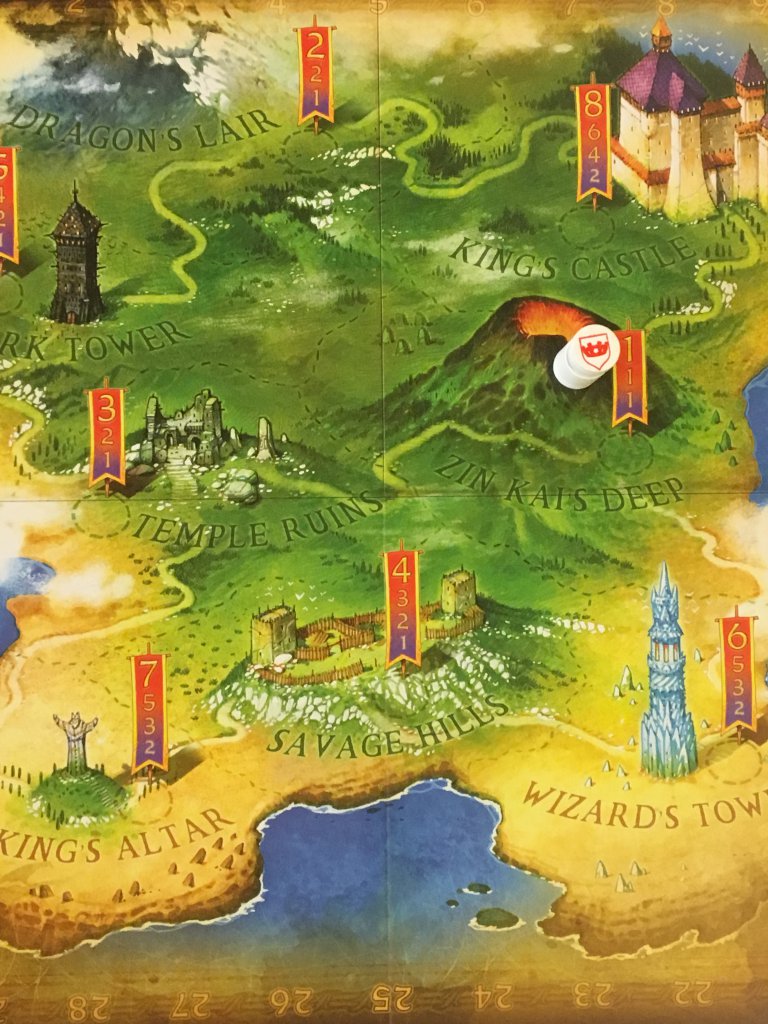 The object of the game is to score points by winning the favour of the king as he travels from place to place. The player with the most influence in the king’s location scores the most points, as shown on the board, whilst other players score points in descending order. There is some manual scaling for player count here, as there is always one fewer scoring positions than there are players.

In terms of structure: each turn, all players simultaneously place three of their cards face down on the table in front of them, with the card on the top of the pile being the first one they wish to play. The manual is a bit vague on this matter, but it is important due to the fact that two of the three special cards (the witch and the knight) must be played first and last in the pile, respectively. 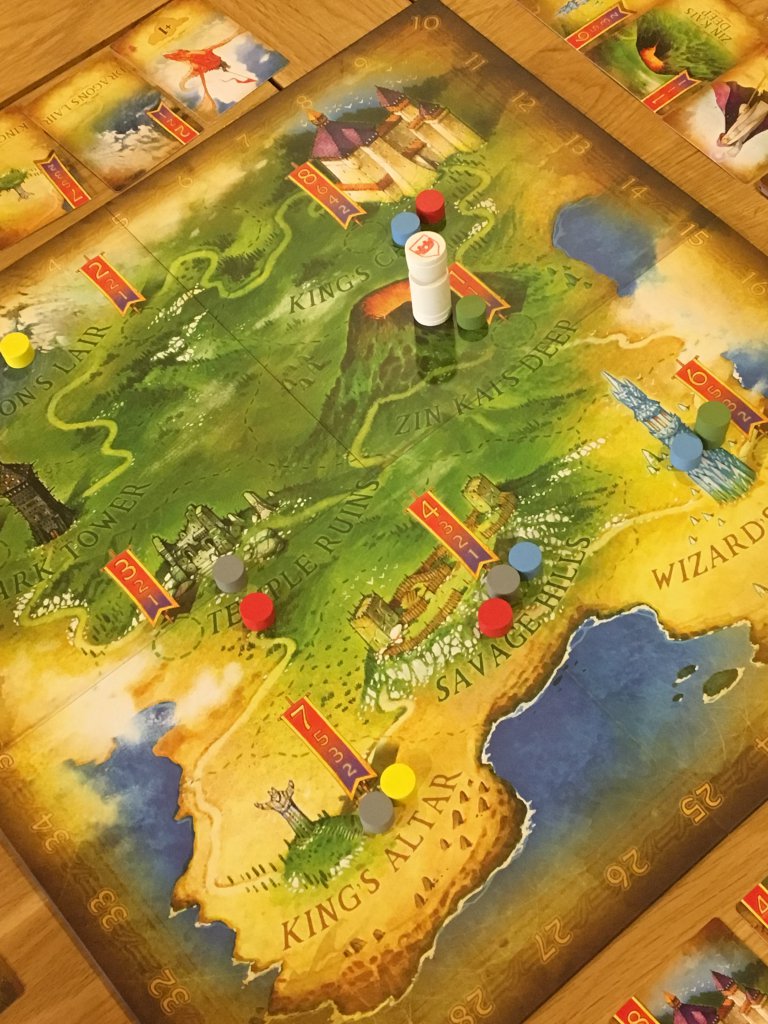 For each of the region cards a player reveals, they place one of their influence tokens in the region it represents. The knight must be played last and adds a second influence token to the previous region played; the witch is played first and allows that player to choose entirely new cards; whilst the final special card, the dragon, forces the king to move an additional region (which is then scored in addition to the region he is already in).

In addition to scoring the most points, any player with a clear influence advantage is able to flip one of their tokens onto its other side, at which point it becomes a noble. All other influence tokens in scored regions are returned to their owner’s collection, as are all cards played with the exception of the witch and the knight, as I mentioned previously. It is important to note that influence placed in unscored regions remains on the board for later turns. 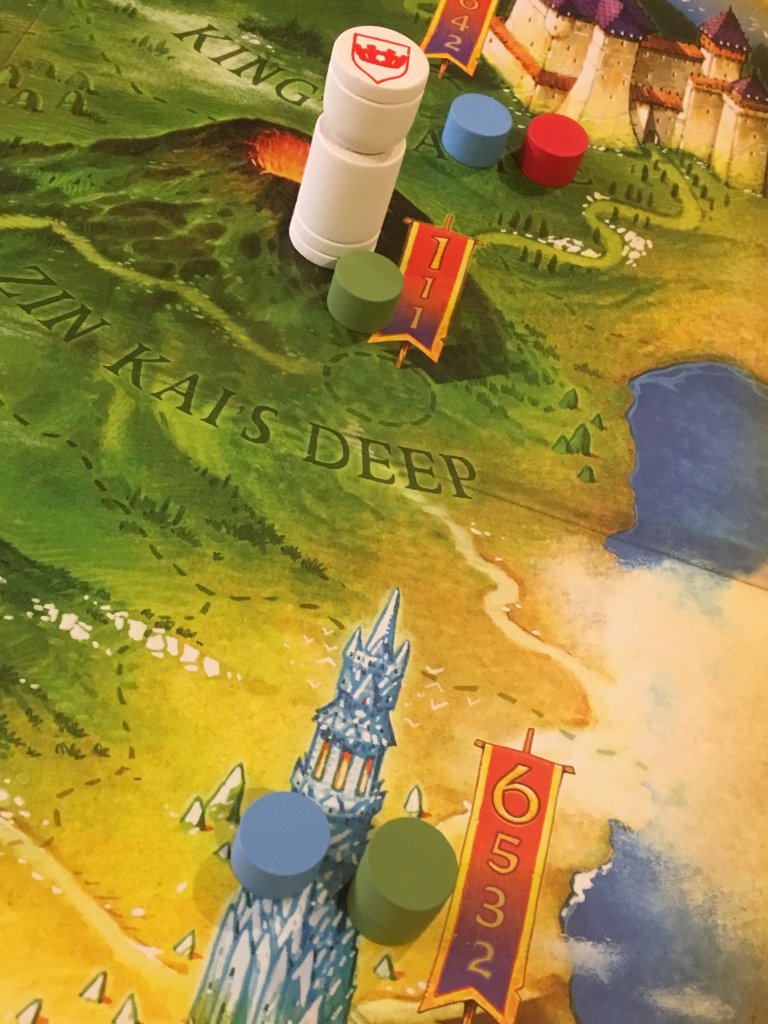 King’s Road is a really interesting game, which takes a long time to master because there is a lot more decision-making to consider than you might initially think. For starters, each region scores different values, which means that the first obvious decision is to determine whether to focus on winning early points or building up a presence in more valuable areas.

The special cards (in particular the two that can only be used once) present even more interesting decisions and can even be combined in interesting ways. For example, if you feel that an opponent will use a dragon in the next turn but you don’t have much scoring potential, you may choose to use your witch to assess their turn and respond — perhaps using your own dragon to keep the king moving, or your knight to maximise score in the region he is about to leave. 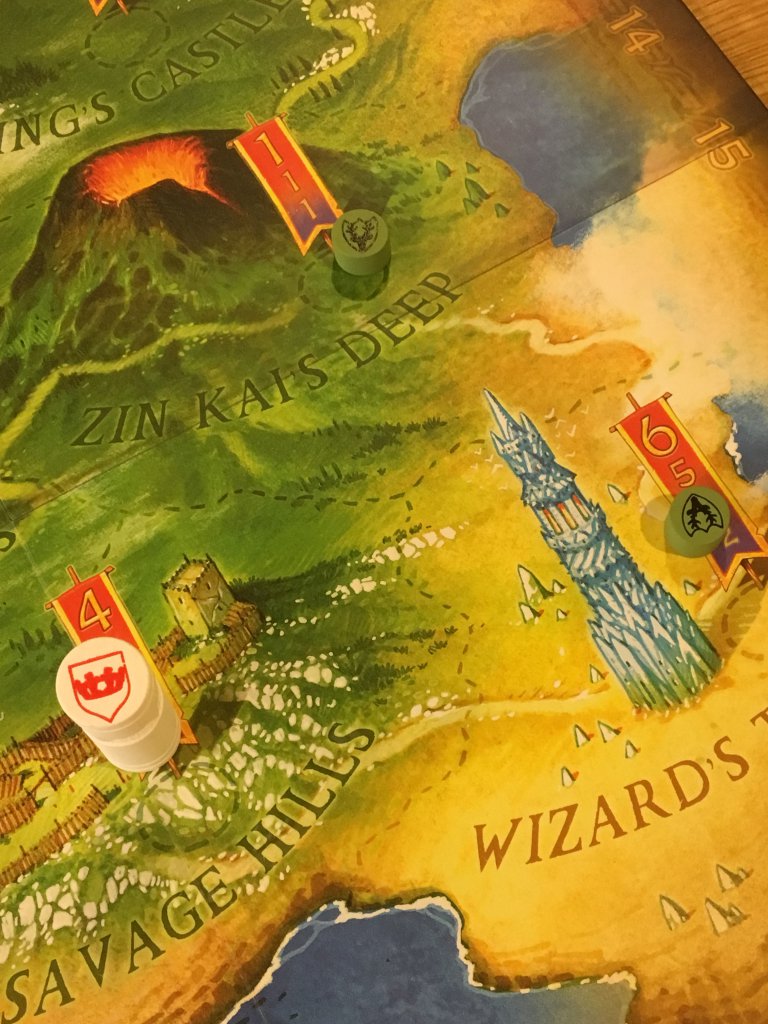 Nobles also add an interesting dynamic for a couple of reasons. Firstly, they remain on the board after scoring and contribute to future scoring in the same region, but they also add additional points for each noble in an adjacent, connected region. It is not at all uncommon for early leaders in King’s Road to lose ground quickly in the late game thanks to the exceptional foresight and planning of their opponents.

Points are tracked around the edge of the board and the game ends when any player reaches forty points with a clear lead (i.e. when there is no tie) — that player is declared the winner. This usually results in games lasting around half an hour to forty-five minutes at the top end, with relatively little variance due to player count because actions are taken simultaneously and there is next to no down time. 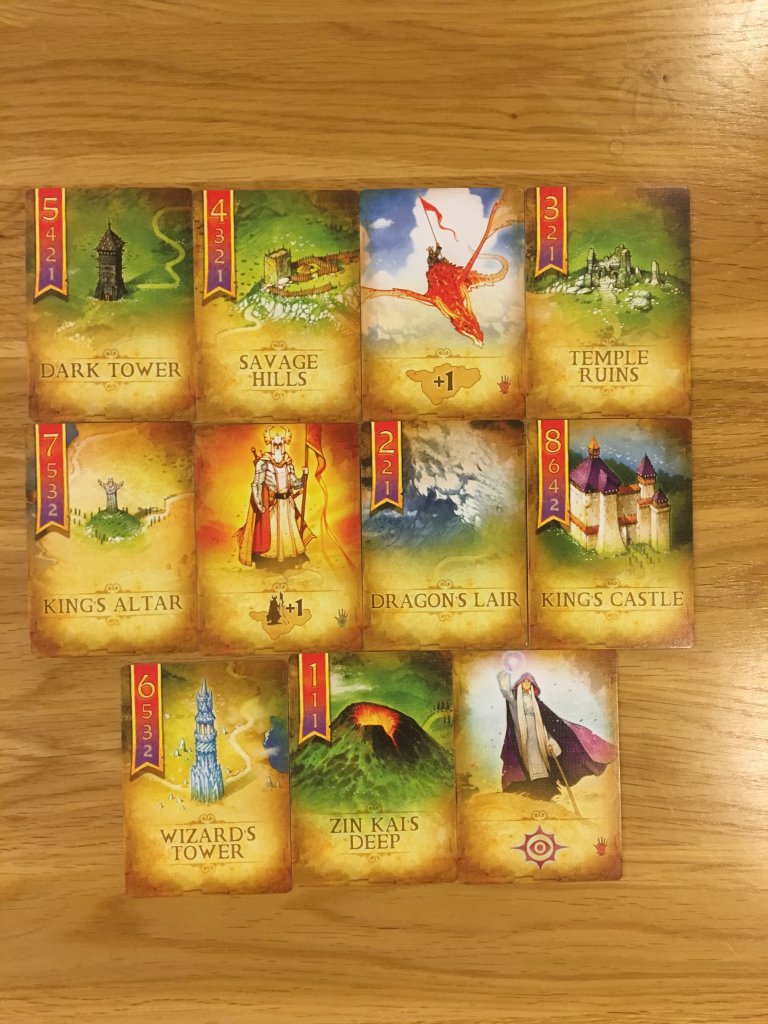 This balance of simplicity and depth in King’s Road is very welcome and I particularly like how well the game scales for different numbers of players, including uneven counts like three or five. At those counts, it can often be a challenge to find games that are interesting and well balanced enough to ensure that no individual player feels singled out by the others. There’s no direct conflict or ‘take that’ mechanic whatsoever, yet King’s Road feels extremely competitive from the outset.

Because of the combination of exceptional build quality, accessible but tactical gameplay and the wide range of player counts it supports, I’m a big fan of King’s Road. It is also offered at an attractive price point, so it is ideal for both casual gamers and those dedicated gamers among us who need a game that works well in almost any situation. As a result, it is highly recommended.

A copy of King’s Road was provided by Grail Games for review purposes. It can be purchased from any good local game store or online and you can visit Grail Games by following this link.