Pandemic Hot Zone North America is a smaller, standalone version of Pandemic, complete with a lot of the same concepts, but on a smaller scale, so you can play a bite-sized version. This game is for two to four players, working together, to eliminate three viral pandemics so that the world can be a safer place for everyone.

This is done through traveling to different cities, collecting cards, and creating cures. The aim of the game is to create all three cures, one for each of the three different versions of the outbreak, before too many cities fall to the virus. At first, the world will only have some of the virus, shown by colored blocks. A city will get the same colored virus block; yellow viruses cannot appear in red zones, for example. 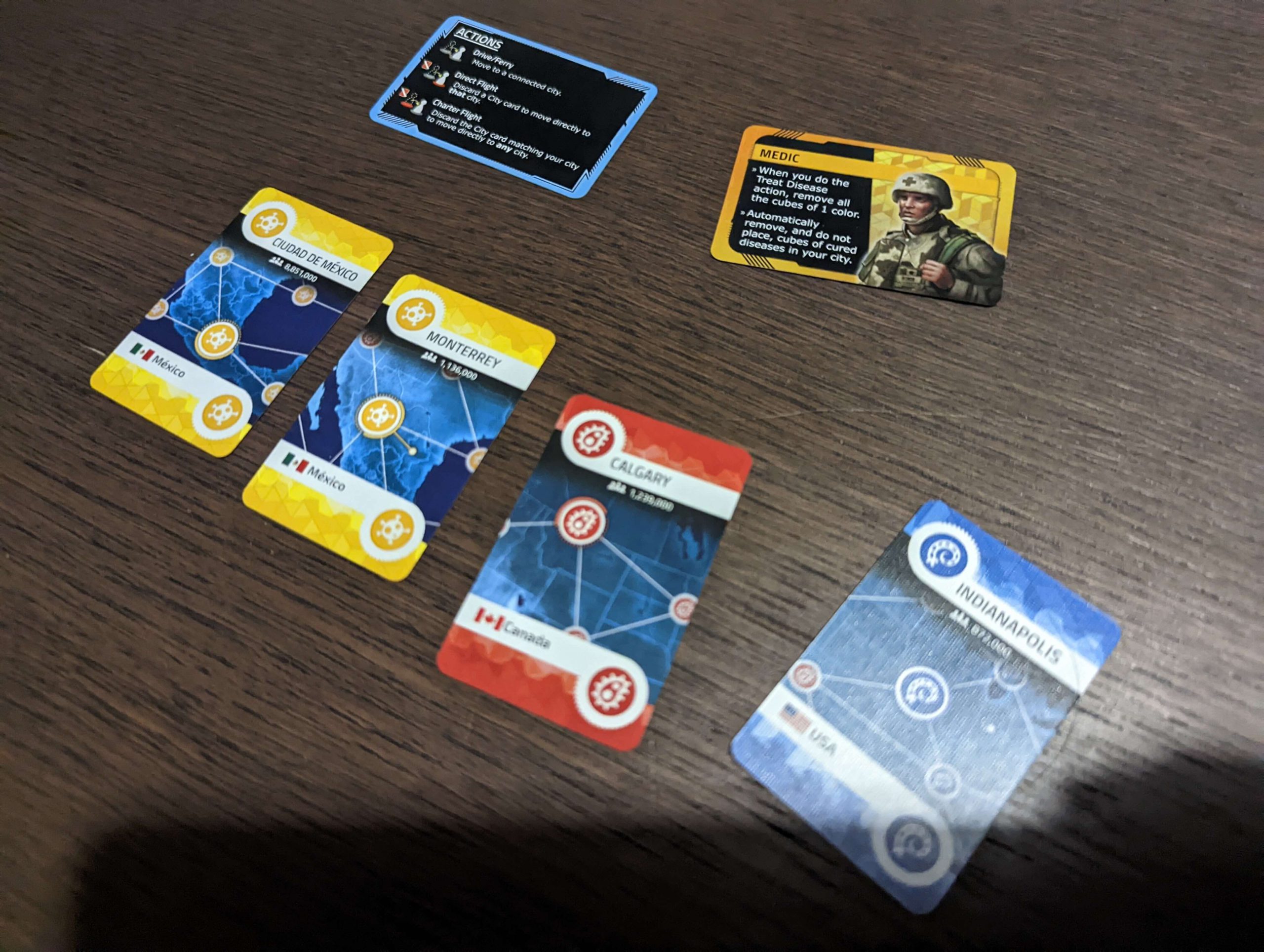 The turns in Pandemic Hot Zone North America come in phases. First, players will use their turns counter-clockwise. Players each get four actions that they can use, with the exception of one role who has an extra action. An action can be moving to a nearby city, discarding a card to fly to a city, they can use their special abilities (more on that in a moment), they can create a cure if they have all the cards and are in Atlanta, or they can clear some of the virus in the current town they are in.

Each of the characters have two special abilities. Mine was able to move other players on my turn, whereas one of our other team members had the ability to clear all viruses out of an area in one go. There is a lot of dividing and conquering the map, making sure that everyone knows what they are doing and are working together to get rid of this virus. 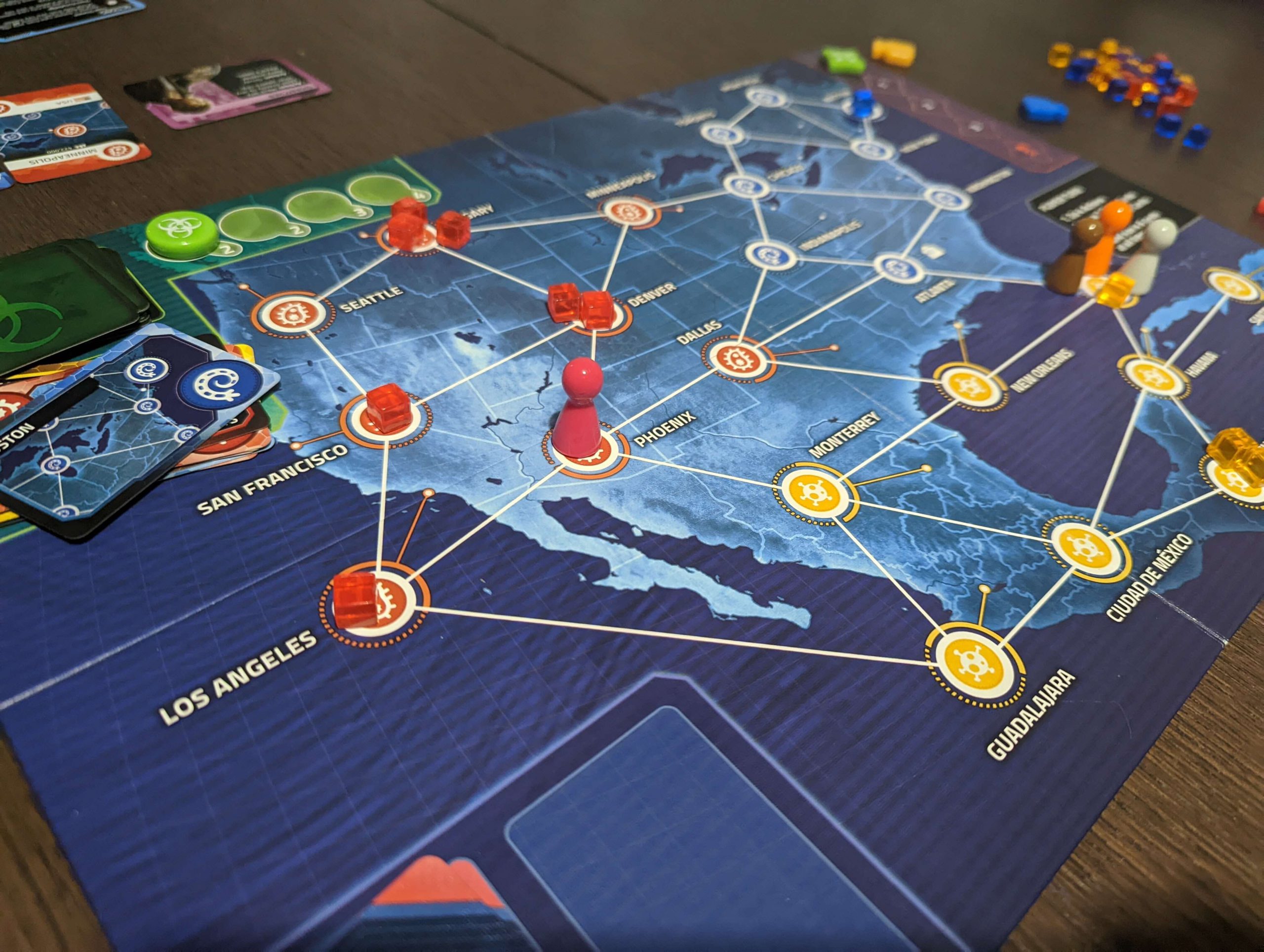 After a player has used their moves, they will draw two cards from a pile of cards, which are often cities that they then add to their pile of cities. You may have to discard if you have too many. Once everyone has had a turn, you will then draw a number of cities from the virus pile, depending on the virus counter, which will then have virus tokens added to them.

If at any point someone draws a pandemic card, the virus will then explode in places, adding more virus tokens, shuffling the decks, back up, and increasing the amount of cards that get pulled at the end of the turn. This can get quite hectic, especially as cities fill up with cubes! 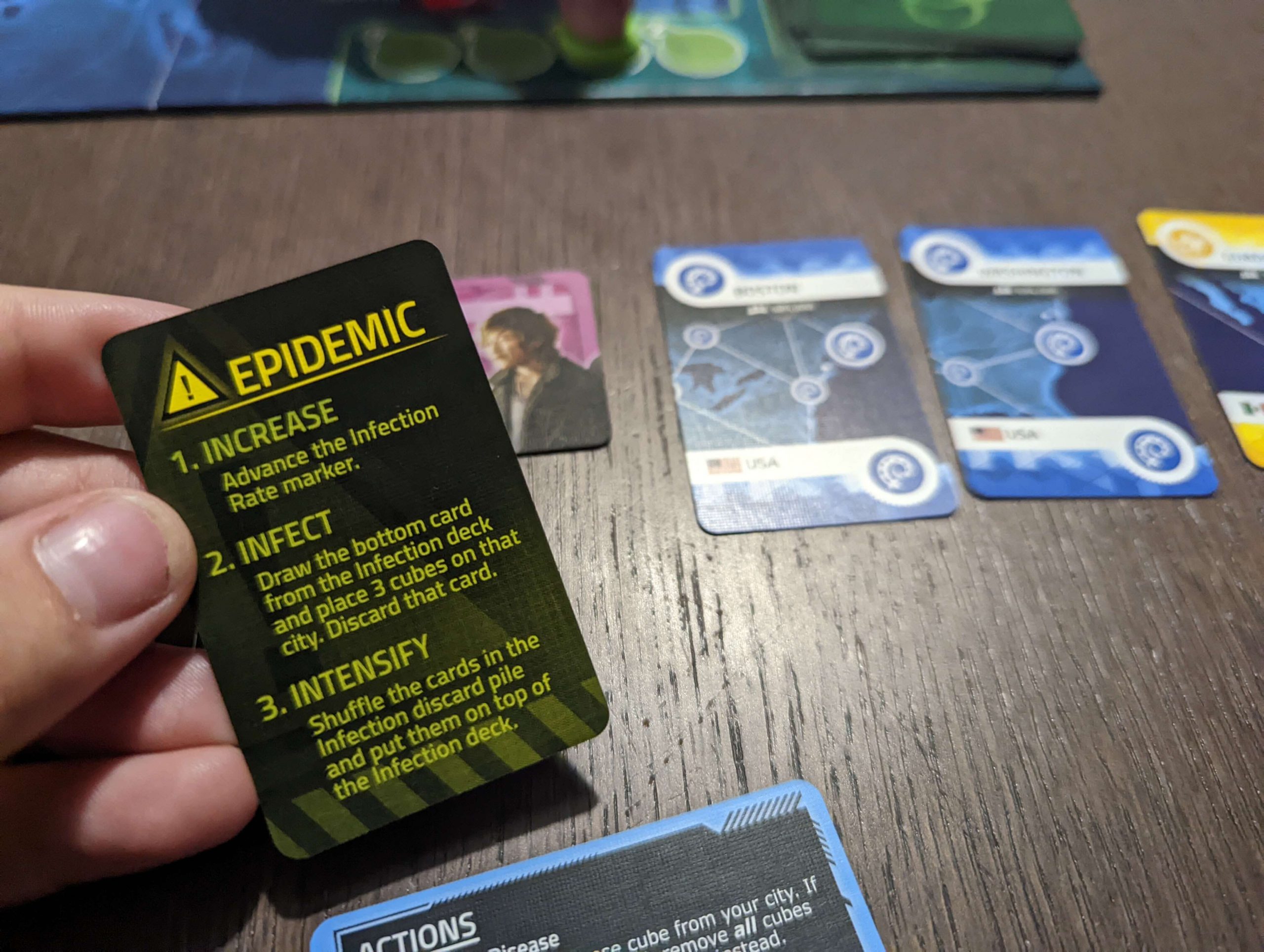 Pandemic Hot Zone North America is a really balanced game. It’s a game where the last two turns will decide if you win or if you lose. It’s a game that really requires working together for the better good for the world. It’s not too long, with that said, and can be a really interesting game to play with your friends.

You can purchase Pandemic Hot Zone North America on Amazon.