Neverwinter Nights was originally launched in 2002 by BioWare, and is set in the Forgotten Realms universe based on Dungeons and Dragons 3rd edition rules. It is a third-person perspective role-playing game, with four chapters and a prologue. The player has to defeat a powerful cult, stop a plague and thwart an attack on the city of Neverwinter. The main game has 60 hours of content, each expansion has 20-30 hours of gameplay, and each module varies from 8 to 20 hours of gameplay.

In this new release, Beamdog has improved the graphics options and display. This includes support for higher resolutions including 1080p and 4k, and new menu options to set contrast, vibrancy and depth of field. The original graphics are improved too, with new pixel shaders and post-processing effects. The developers have also worked with the Neverwinter community to add bug fixes (including parts of the Community Patch) and requested features for a better experience – though none of the original game content has been changed. 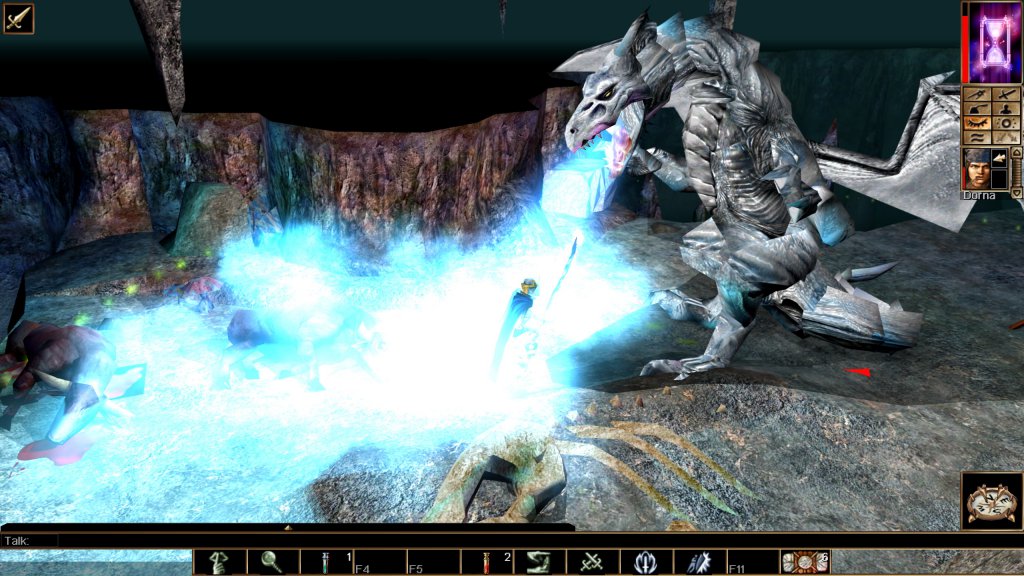 Primarily though, Neverwinter Nights: Enhanced Edition will bring this classic game to a whole new fanbase. Install has been made much more simple, the server browser has been rewritten so you can once again find servers for multiplayer, and giving backwards compatibility so all of the mods created by the community will work with the new game. Beamdog will provide ongoing server system support, too (as Bioware did for the original game).

Neverwinter Nights Enhanced Edition is available as both a Standard Edition and a Deluxe Edition format. Both include the original Neverwinter Nights campaign and the two expansion packs, Shadows of Undrentide and Hordes of the Underdark, and three campaign modules with 40 hours of content: Kingmaker, ShadowGuard and Witch’s Wake. Players will also receive the Aurora Toolset and the Dungeon Master Client, allowing you to create your own campaigns and dungeon crawls to share with the community. With the Deluxe Edition, players also receive Pirates of the Sword Coast, a new pirate-themed campaign, Wyvern Crown of Cormyr, a Knight-themed campaign, Infinite Dungeons, a new dungeon mode with randomly generated expeditions, and ten new character portraits. The Deluxe Edition also includes the game soundtracks from the original game by BAFTA nominated composer Jeremy Soule and the soundtrack for the new campaigns by composer David John.

Neverwinter Nights: Enhanced Edition is now available to order on the Beamdog website or on Steam. Choose between the standard edition for $19.99 or a Digital Deluxe version for $39.99. It is available for PC, Mac and Linux.