There’s something to say for a game that spoofs Tron from the opening screen. Narita Boy fully embraces the ‘80s style of awesome pixel graphics; A ridiculously obtuse and out of touch jargon that simulates a hacker-speak that doesn’t quite add up to reality, and of course, a quest that utilizes a virtual world to deliver its over-the-top action-packed platforming and combat which also showcases style and an attention to detail rarely seen.

When you first start up Narita Boy, you’re going to either love where it’s going or be turned off by the cliche story of a teenager that is sucked into a digital world where he suddenly becomes the hero of a game that he’s playing. The quest and purpose behind the story is to rescue the Creator, which is the actual creator of the game itself, and in doing so, we learn of their childhood living in Japan. It’s a tried and true formula, but it’s certainly not for everyone.

Anyone seeking fulfillment of this power fantasy of being a cyber warrior plunging their techno-sword into curious machinations will feel right at home with Narita Boy. Wielding a techno-sword may seem like a simple device to deliver justice to bad code, but it does more than swish away assailants. It upgrades as you progress, gaining new powers and abilities, and becomes more than its namesake. My favorite addition is a shotgun, which is as ridiculous as it sounds, and it puts the business end of the sword to work with a shot of energy.

Your exploration of the digital world that Narita Boy encompasses is akin to a point-and-click adventure game, with plenty of action elements thrown in for good measure. There’s a lot of exploration to be had and items to find, and that’s certainly where the jargon can get to almost parody-level representations. When you are looking for an item, there’s a good chance you’re going to have to fight a boss, which comes with their own weird design and, I guess, philosophical quirks? It doesn’t have to make sense to be a game, but some context would be greatly appreciated. 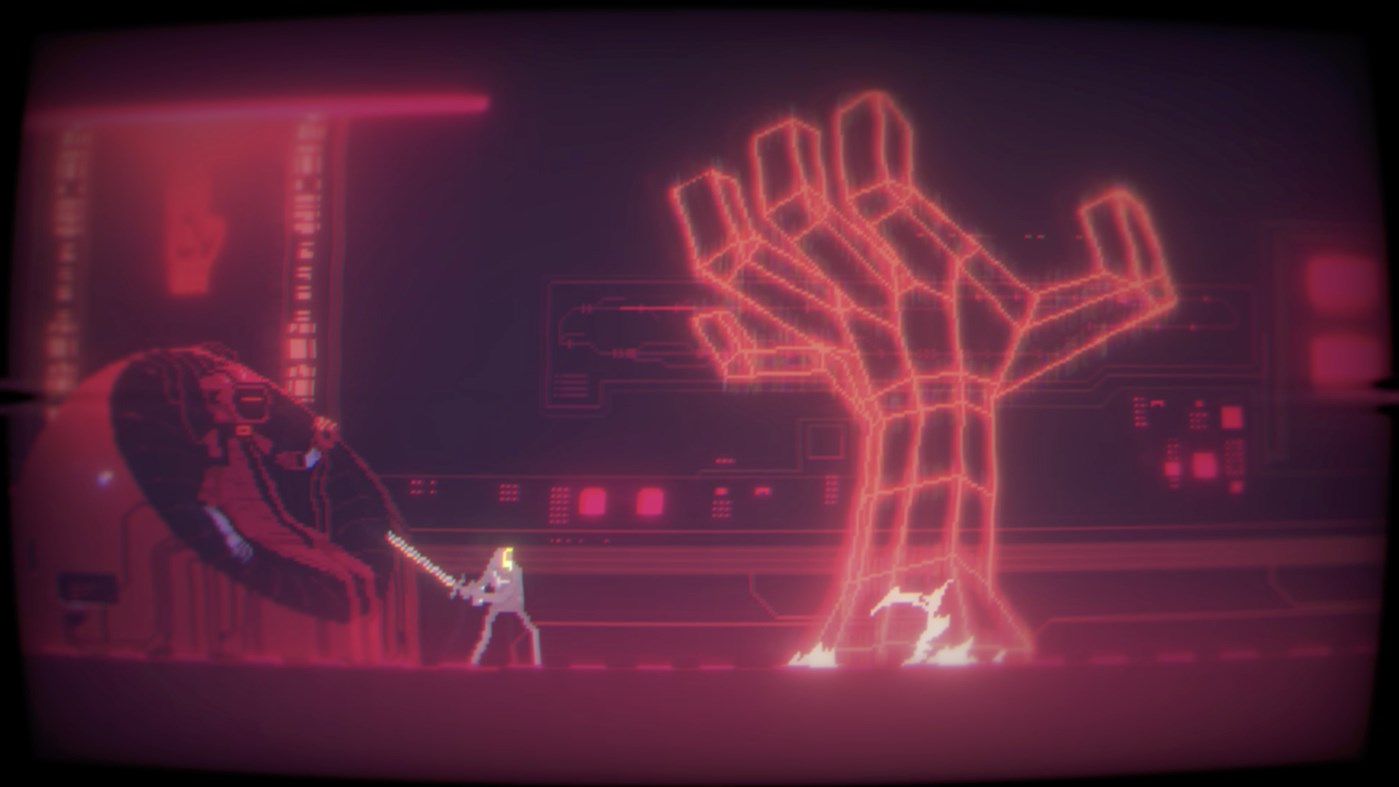 Whether that’s a good or bad thing is entirely up to the player, but it seems like it’s trying so hard to be chic in a way that it gets in the way of being fun and giving the player purpose behind their progression. Casual players going into this title as a stylish techno-adventure are going to be scratching their heads when they suddenly turn into a stag and take a stroll through the wilderness, because it’s just part of the story. That’s not to say that Narita Boy is a bad game. Peculiar? Absolutely, but that’s also what they are trying to do. If you’re in for the obscure ride, you’ll likely find tons to love about what they have created with this title.

When you’re playing the action parts of the game and slicing baddies and blowing them away with the sword’s mysterious power, it all melts away anyways. Combat alone is fresh enough to keep most entertained. A selection of combinations can be created with action-based moves such as dashing, slamming into enemies, and of course, upcutting them into the air so you can continue your barrage. It’s fluid, it’s smart, and it provides enough crunch to each hit that it gives you that endorphin rush. It’s just not the focus of the game, but it entices you to continue on to the next battle.

The lack of a map is a big head-scratcher for me. For a game that relies on the style of a generation where every game came with a packed-in map or instruction booklet, having that omission almost seems criminal. There’s a lot to keep track of mentally and not knowing if this techno-corridor leads to that digi-room when I fire the game up again for another go is just tiring and can be confusing at times.

Narita Boy is gorgeous, and if there’s one thing I can commend them on, it is that they nailed the style and execution of a game from that generation perfectly. That can’t carry the entire game, but heck, it sure tries. Every character, item, and environment has a chromatic aberration gleen to it that reinforces the digital aspect of the world behind the screen. The pumping synthwave tracks also add to the visualscape and create this perfectly retro world to explore. 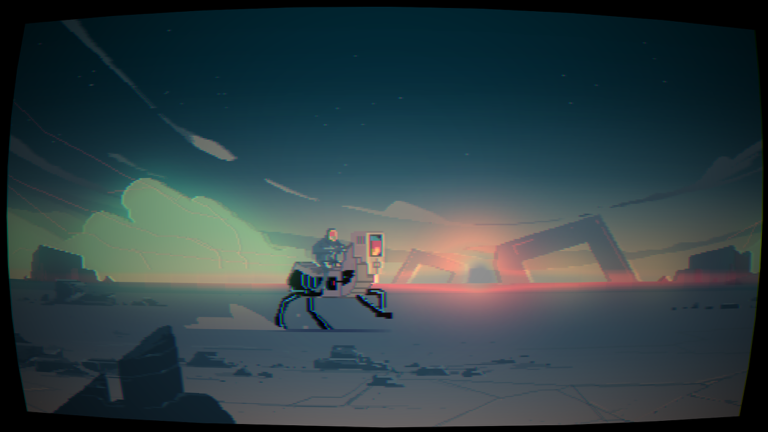 I can’t recommend Narita Boy to everyone, but if you’re someone that likes adventure in their platforming, then this is likely a game for you. The full-on dive into the digital world is a bit much for even me, someone who loves Tron and other relatable titles, but the style just kept me coming back for more. I feel like there were certainly some missteps with the direction of what was created here, but when watching it come to life in front of your eyes is such a treat, it’s hard to fault what is ultimately a fun romp through a digitized world as a hero who wields a lightsaber of all things.

Narita Boy is available now on the PS4, Xbox One, Nintendo Switch, and Steam.