When I was growing up racing games were like bread and butter for me. As I’ve aged I find myself leaning more towards the arcade type racers. Inertial Drift counter steers those expectations. It challenges you to use all five of your driving senses: acceleration, steering, angle, braking, and cornering.

Inertial Drift is challenging. I’m far away from mastering it but heck if I can’t stop playing it. There’s an array of race types, tracks, and cars to choose from. As you listen to a pleasantly variable soundtrack your car feels like it’s poetry in motion. There’s a neon simplicity that I loved when moving through the streets and while catching glimpses of the environment. Even still I’d say only racing fans need apply because this game demands mastery if you want the top medals. 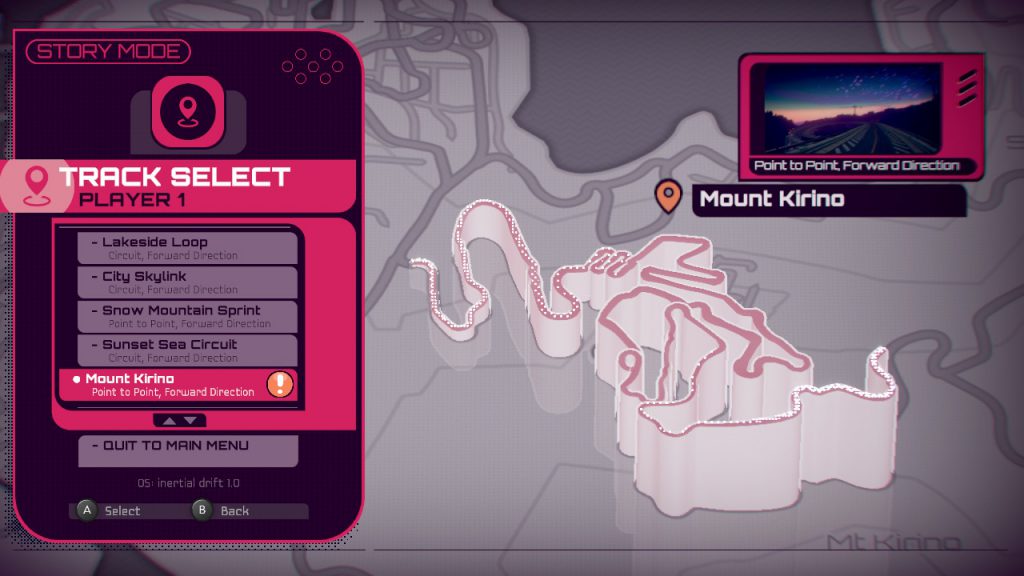 My playthrough begins in the Story Mode where I played as Ibba, which to my understanding is the third-highest difficulty in terms of how the car drifts. There are a series of race tracks and mode types that you work your way through. As you’re beating the story you unlock a challenge for any new characters you encounter. This encourages multiple playthroughs as you won’t encounter the same characters at the different car difficulty levels. There is an additional layer of challenge available after beating Story Mode the first time called “Xtra Crispy”.

In Story Mode I was meeting a wide cast of characters. The lore of it all is we’re a group of friends preparing for a Grand Prix. We practice with each other and against the other racers that we meet along the way. I was left wanting more because even with such a diverse cast only a few characters stood out to me. The story didn’t feel special, it just felt like I was playing an extension of the tutorial. Character’s dialogue felt interchangeable although there we some notable lines I chuckled at. I did appreciate that part of the dialogue was giving you pointers and words of encouragement. The biggest, most helpful tip shown to me was slowing down in some way to swing around a corner. 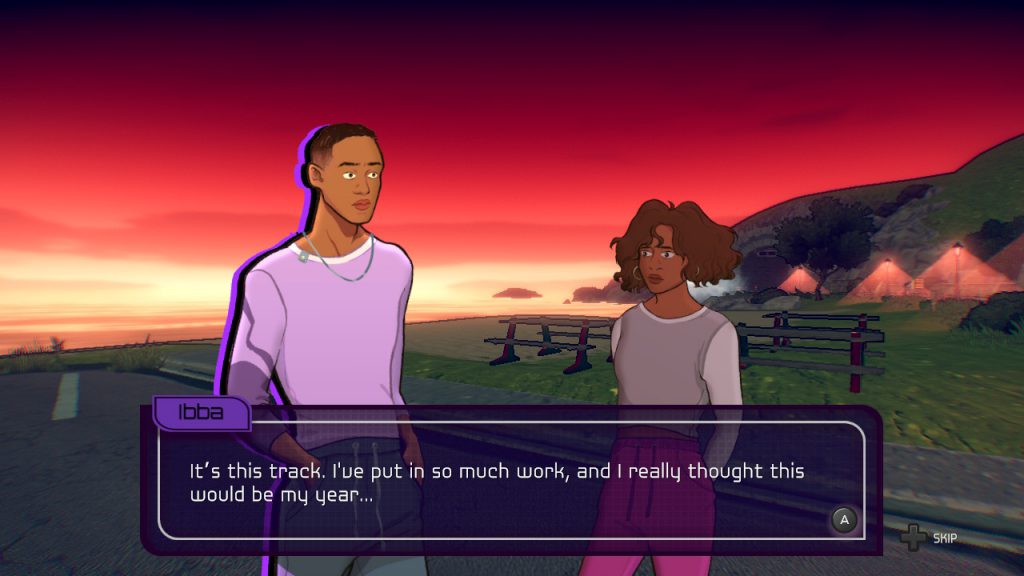 The intro movie wasn’t skipped once, it’s so beautiful and I wish there was more of that throughout the game. It shows a device that I’ll assume is in each car that helps with locking your momentum when drifting. There are three class levels of cars: A, B, and C. My favorite to drive was Class C. Class C felt the most arcadey to me; it allowed for drifting smoothly around corners while holding the accelerator. The overall mechanic is the same no matter the class you choose. You have to figure out if your car can keep accelerating through the drift or if it’s better to brake just before turning that corner. I’ve beaten a Class A car using a Class C in a Grand Prix so stats aren’t the end all be all.

I do recommend going into the settings and adjusting the audio mix to your taste. I lowered tire squeal down to 50; this improved immersion for me. My playthrough was mainly on Nintendo Switch, in portable mode, so I’d also add that wearing headphones while playing is a treat. Exiting a tunnel at top speed, seeing the neon brake light streak behind me, the tracks theme booming in my ears is all part of what had me returning. 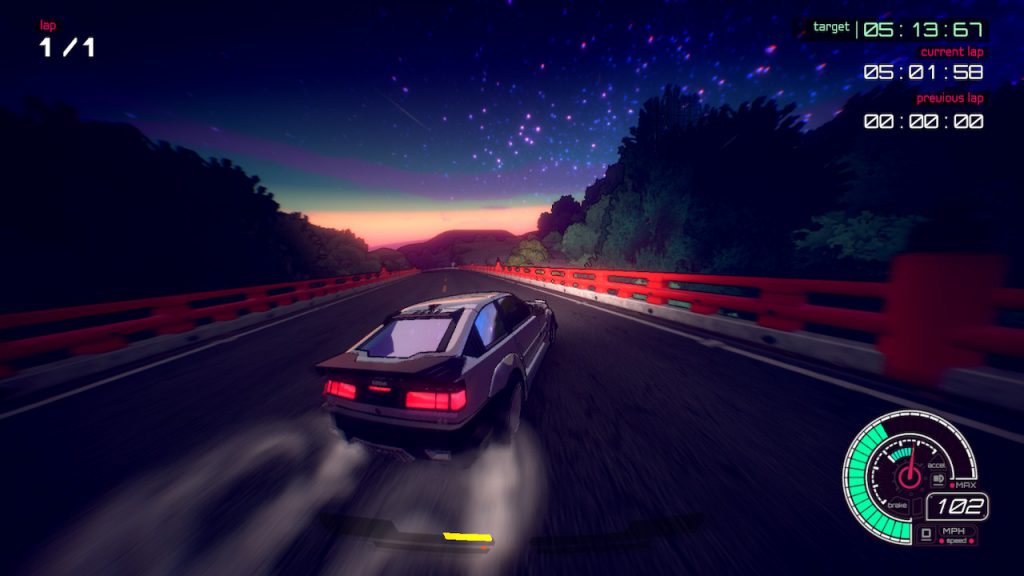 I enjoyed my time with Inertial Drift. There’s a lot to love here from the core mechanics of drifting to the lush music melting as you blur through the track. I’m hopeful this team will rev up for another sequel. Inertial Drift is a racing game that inspires you not to give up. If you happen to lose—dust yourself off and drift again.

Inertial Drift is available for PC, PS4, Switch, and Xbox.