For anyone who follows my writing, you would be forgiven for thinking that Imagine Earth should be right up my street. Attractive, clever and rammed with content, this global-scale economic and environmental strategy simulator tasks players with terraforming and colonising a galaxy filled with planets. The only problem is, it crashes so frequently that it’s hard to recommend — on Xbox One Series X at least.

Imagine Earth is the kind of game that you hope to settle into for several peaceful hours at a time, ideally after the kids have gone to bed and once you’ve cracked open your first glass of wine. On the face of it, it is undemanding and thoughtful — and even when things do get a bit more challenging, they rarely get hectic with it. 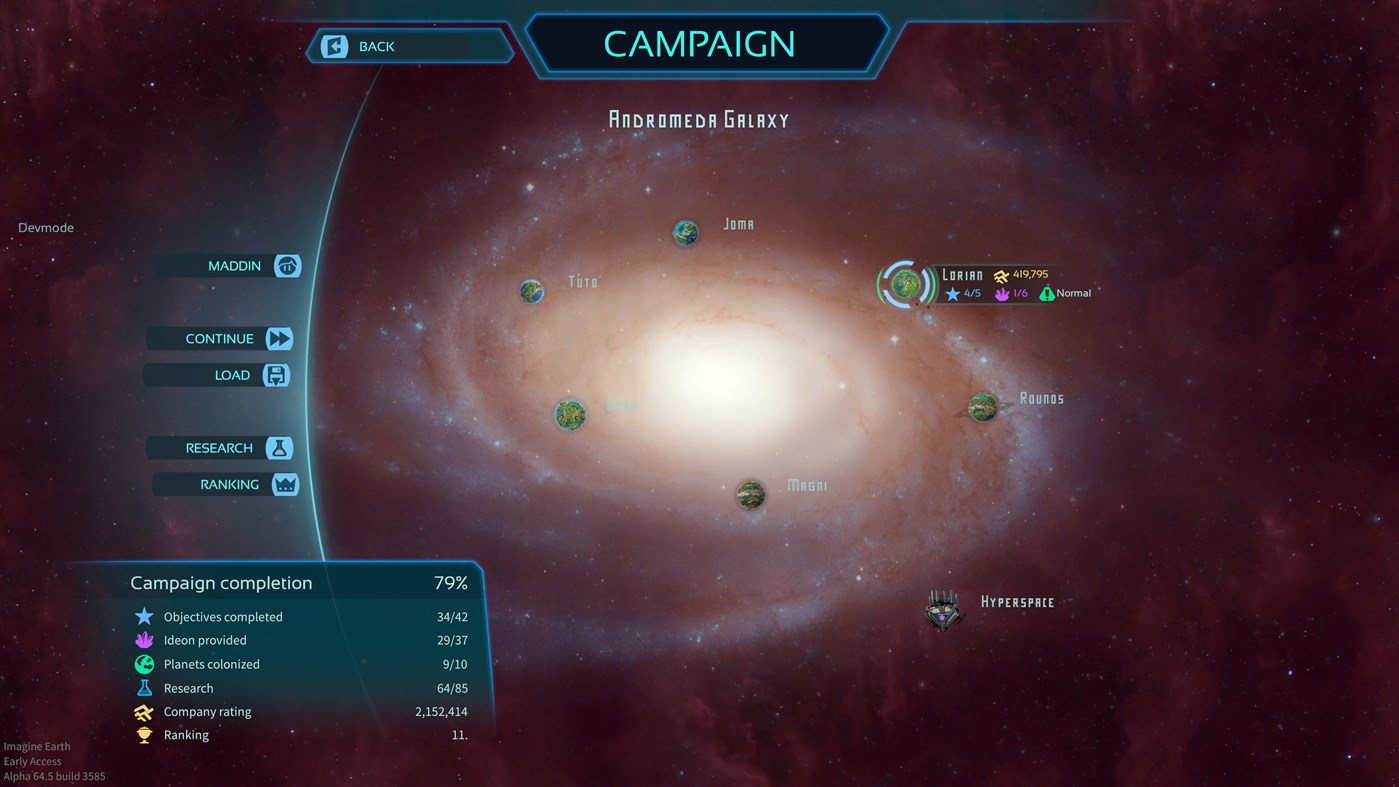 Rather than challenging your reflexes, Imagine Earth tasks you with questions of both efficiency and morality. Yes, a coal power station may well be all that you can afford at the beginning of the game, but what long term effects will it have on your planet, and how long will it take before you simply have no choice but to upgrade it anyway?

These choices come at you thick and fast in every game, and it isn’t until after you’ve worked through some of the early tutorial missions (that effectively make these decisions for you) that Imagine Earth begins to spread its wings. You won’t feel any pangs of guilt about building a coal plant when you have no choice and the consequences are on rails — but once it’s your planet and your colonists at stake, things begin to heat up. 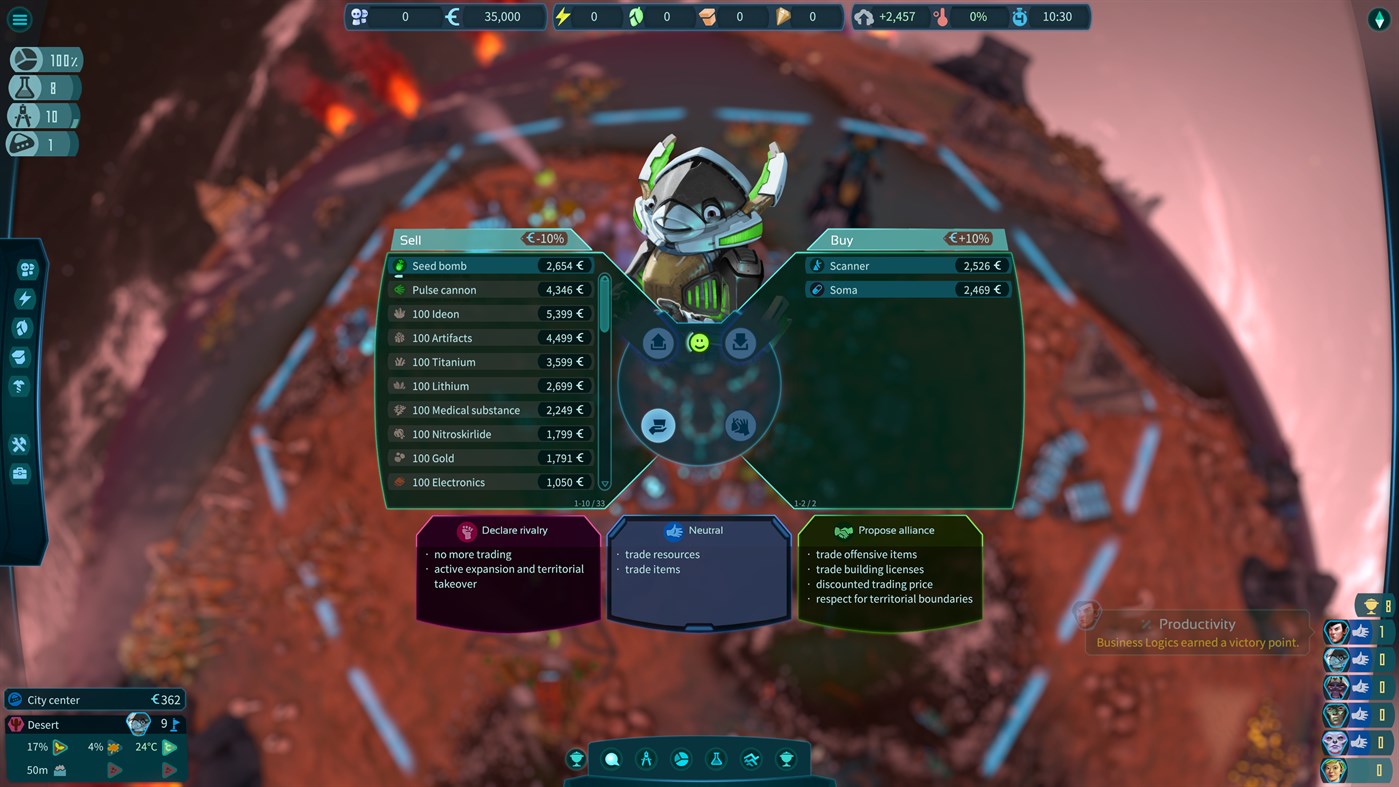 The big problem I’ve had with my time with Imagine Earth though, is that it just hangs all the time. I’m not kidding here, I do mean all the time. Every game. There has not been one game of Imagine Earth that I’ve played where it didn’t ultimately freeze on me. Now, whilst I quickly learned to save frequently (and there is a decent autosave) it’s just so frustrating having to restart and redo stuff in strategic games of this scale.

Putting these crashes to one side for a moment and Imagine Earth is actually quite interesting from a technical perspective. Each map (a planet of variable size) is made up of lots of small triangular areas. The player, who views the game from the perspective of an orbital satellite (or interstellar body, whichever you prefer) is free to pan and rotate around the planet as they wish, examining these triangular spaces which vary wildly from moon-dust and Nitro-Pumpkin patches to more terrestrial biomes, such as forest or plains. 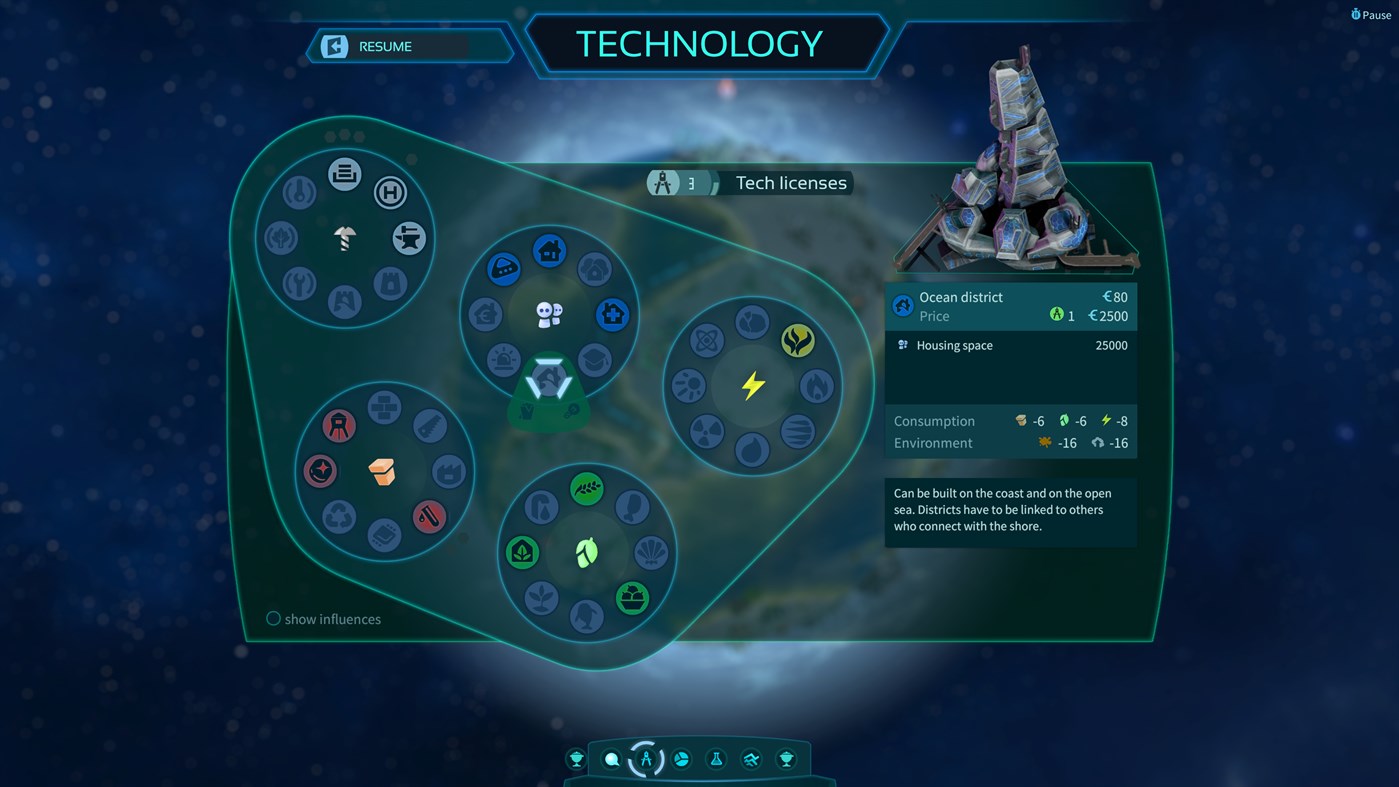 After their initial colony makes landfall, the player must develop these triangles into residential, agricultural, mining and other kinds of space, as needed to support their blossoming colony. Want more people? Build housing. Need more food? Build a farm. Want to begin mining and earn an income? Build a warehouse followed by a spaceport.

This part of the game is nothing revolutionary, and if anything, I’d say that building up an economy and allowing people to live on your planet is simpler than usual. Where Imagine Earth is different is when I come back to the ecological aspects that I mentioned earlier. More so than in any other game, in Imagine Earth, the effects of pollution and filth affect morale and health both locally and at a planetary level. 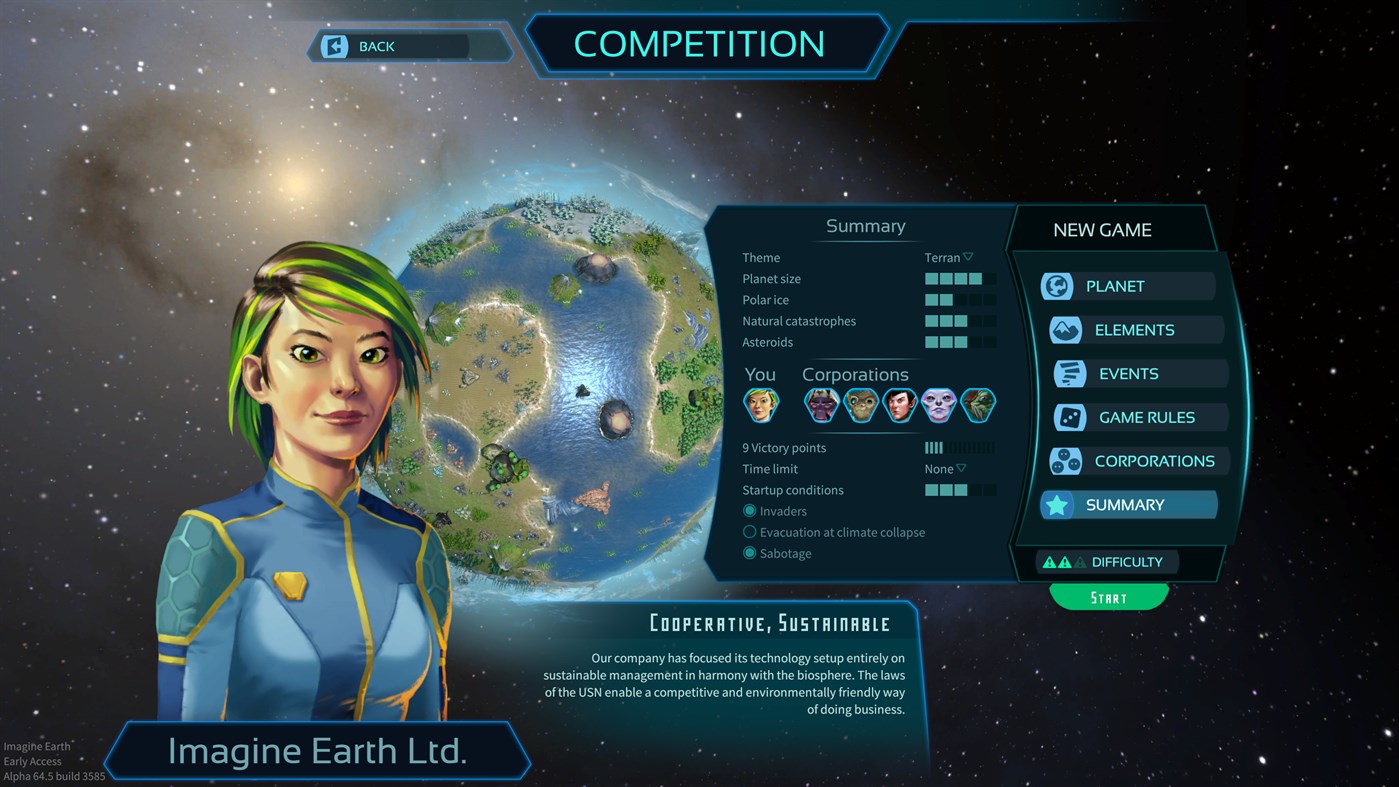 It isn’t far into the game when you realise you’ll often have to take the “clean” action, or alternatively, you can invest in cleaner and cleaner infrastructure — something that you can do by both researching and purchasing patent licenses. The latter option is much faster, but obviously it costs money — and money is something you’ll usually earn through means that damage the planets you occupy — intensive farming, pesticide, mining and other heavy industry.

I wish I had gotten further into Imagine Earth during my time with it because I think I could have told you more about how well it succeeded in balancing the need for investable cash and the desire to maintain a healthy environment. Unfortunately, due to the crashes that I’ve already mentioned, much of Imagine Earth still eludes me. However, it says a lot that I am interested enough in it to persevere and hope these issues are fixed. Imagine Earth is definitely something fun and a little different, especially if you enjoy this kind of game on console.

Imagine Earth is available on Xbox One and Steam.