Hardspace: Shipbreaker sends you to space to get deep in the ship

Hardspace: Shipbreaker is a game about discovery, patience, and perseverance. As a cutter, it is your responsibility to tear apart ships, piece by piece, safely and efficiently, in order to maximize profits and not get yourself killed in the process.

In the future, we have expanded our reach from our humble planet. Mars is within reach and profitable, as is the moon and the space between them. Mining and salvaging are the forefronts of the forward movement of the industrial industry and you are smack dab in the middle of it all through, well, some fault of your own: you owe the LYNX corporation just shy of one billion credits and need to get the money any way possible. It’s a dangerous job, but someone’s got to do it.

Salvaging ships is probably as complex as you would anticipate, but the starting tutorial gets you into the process as quickly as possible. As a cutter, you will be cutting through layers of the ship and extracting precious resources such as reactors and electrical components. Stripping away the levels of material to get to the gooey, profitable center is a fun way to tackle an otherwise arduous process. Once you’ve found the reward within, you sling it over to a net with your tether hook and you begin to work on the next piece.

Each section feels like a puzzle, with trying to determine how to tackle the extraction process as safely and quickly as possible, as you have only fifteen minutes in a workday to extract goods. Everything you would expect to be worthwhile can be salvaged, ranging from engines to life support systems, so there’s a lot of work to do. With that debt constantly looming over you, it feels similar to an Animal Crossing situation of working to pay off a lofty sum, but without the babbling animals and sea bass to keep you company. 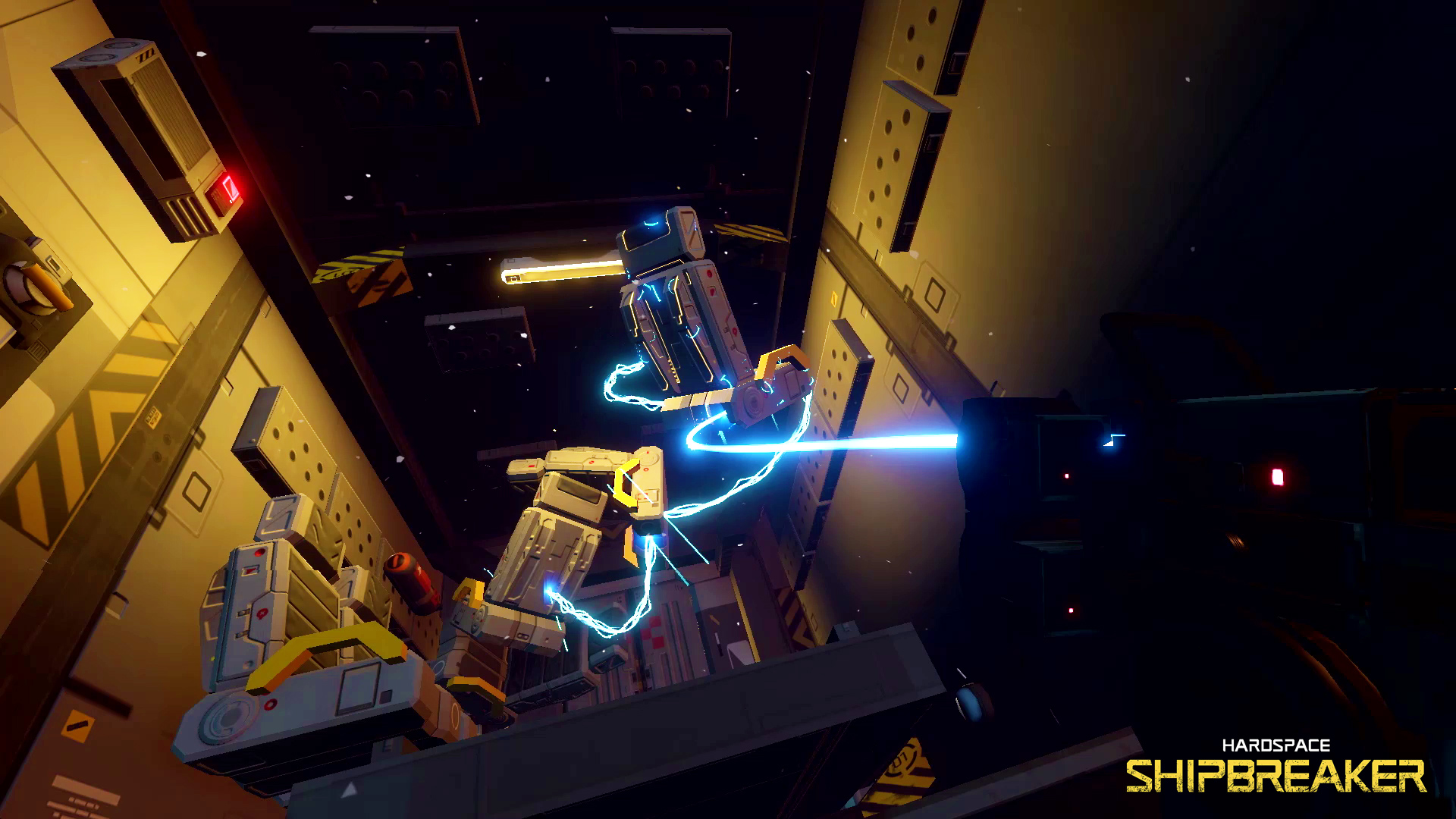 If zooming around in zero-g with little to keep you warm other than the glow of nuclear reactors isn’t enough, LYNX charges you for everything while you are working. Room and board, the tools you are using, even the oxygen keeping you alive: it all comes at a price. That’s what makes the give and take so essential in making sure that every cut is the most effective one and keeps you out of needing to pay more. Time is money out here, literally.

If you thought death would be the escape from your financial responsibilities, LYNX has thought of that too. Death comes with a price, and that is added to the debt of your clone with a resurrection fee. There is a way to earn more money, however, and you’ll find that as you slice and dice your way to financial independence, you’ll eventually be given certifications to move on to more advanced ships. 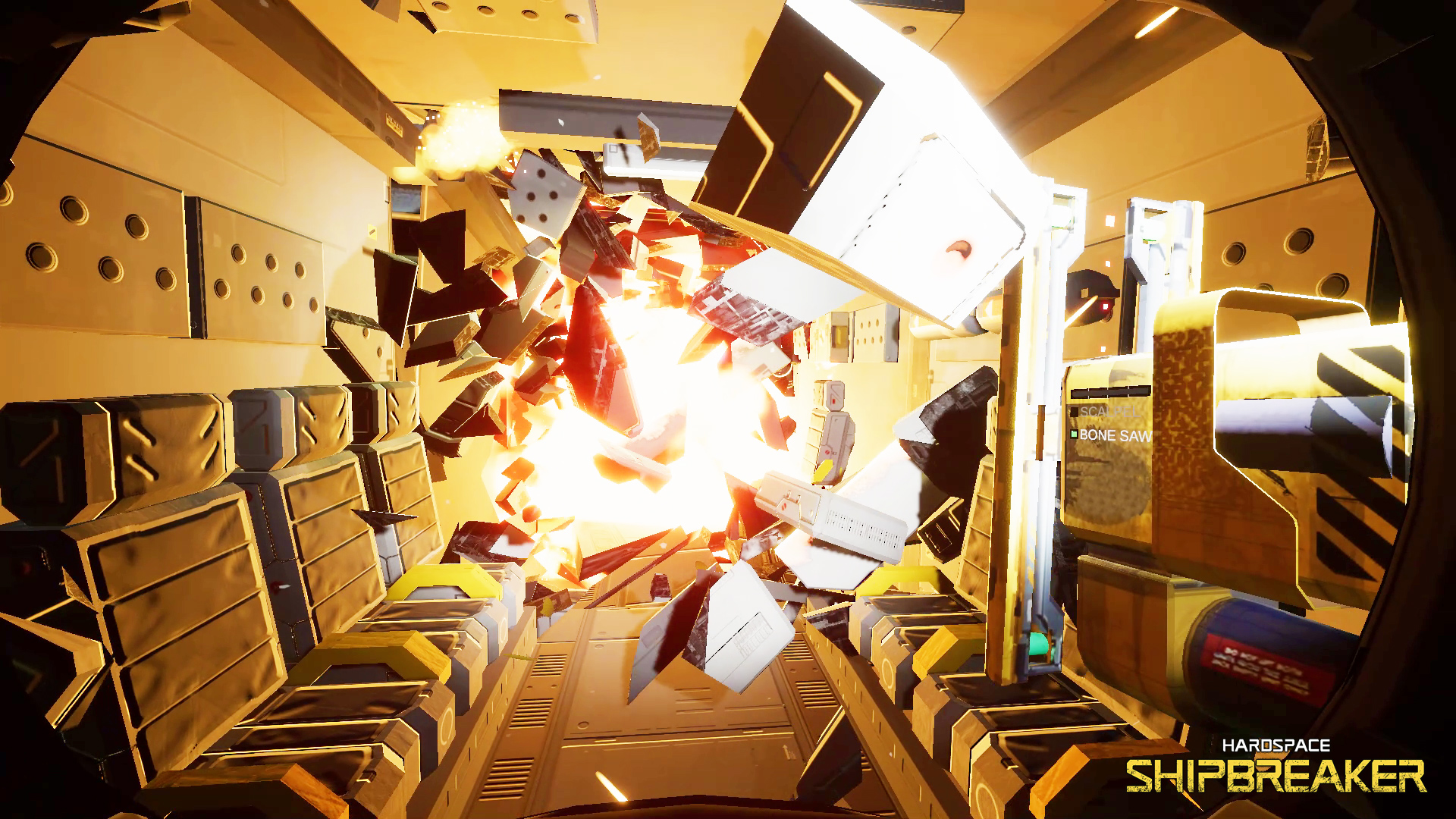 More advanced ships that hold more than just cargo but actually could hold a full crew will have larger reactors, but naturally need more fuel to keep it running. This means while the payout will be tremendously larger, the danger of cutting through one of the many fuel lines running through the structures could end it all. It can sometimes feel like the board game Operation at times and there’s certainly an adrenaline rush with each near-death experience.

Hardspace: Shipbreaker is an early access title, but there’s a lot to love here. If you like money management sims that deal directly with pretending to do a job that doesn’t — and perhaps shouldn’t — exist, then you’ll have a lot of fun with the game. It’s not perfect, and some of the means of salvaging seem tougher than need be, but if you stick through it, you’ll end up better off in the process and a few steps closer to your goal.

Hardspace: Shipbreaker is available on Steam Early Access now, and is planned to release for the Playstation 4 and Xbox One in the future.