Elex, announced back in 2015, is the next outing for Piranha Bytes, the minds behind the Risen and Gothika series. It’s a 3rd-person RPG like their previous outings, however there’s several things that really make it stand out. 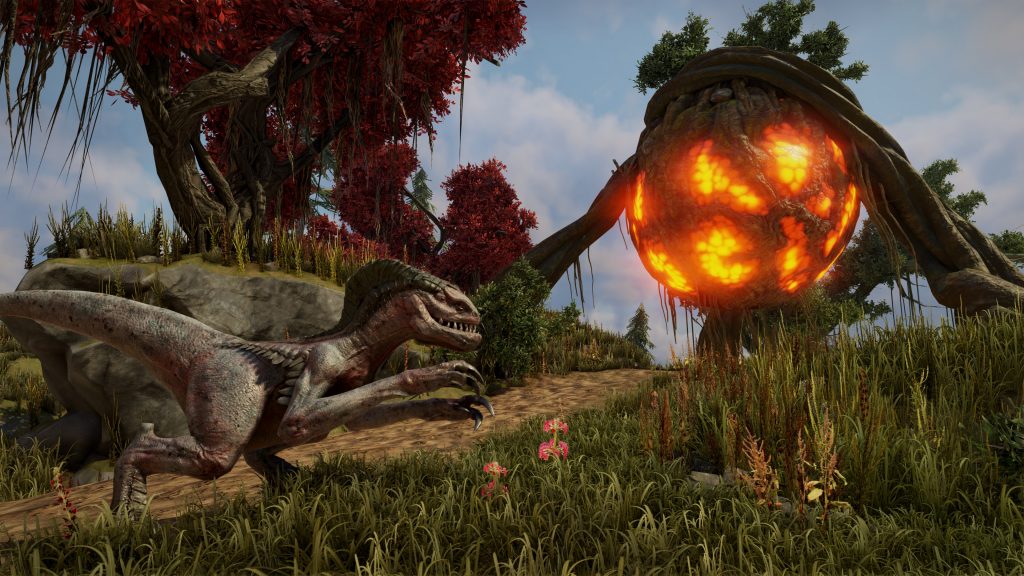 For a start, the setting is really interesting. The game takes place in a post-apocalyptic setting, with an asteroid having slammed into the planet of Magalan, rendering society shattered into groups of survivors. Those remnants each attempt to carve out their own way in the wastes, although most of their time is spent doing one of several things; killing each other, fighting back the mutated wildlife, and collecting the titular element.

It’s Elex which really twists the game’s setting into what we’ve seen to date; fantasy meets sci-fi. You see, several groups use the material to make weapons, adapt existing structures, and use it as a power source; while others, like the berserkers, change it into mana, which works more or less like traditional RPG mana; for spell casting, making magic weapons, and other wizardly sorts of magic.

The contrasts in the two main uses for the element lead to a massively diverse world; the demo I played earlier on in the year had me start out on a ruined road, leaving an old motorway tunnel; ahead of me forests and woodlands climbed the hillsides, looking to reclaim old depots and structures. Off to my side a structure that looked like a colosseum sat abjectly on a hill, reeking of technology with it’s armed guards and shield. Outside the hub was a group of despondent malcontents, looking for a colleague, but also looking for food. 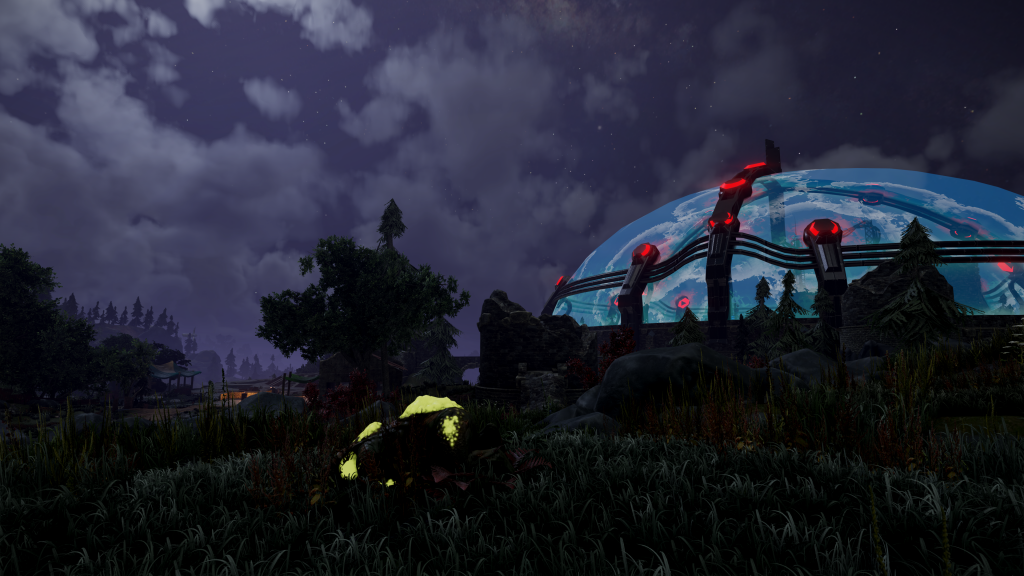 I played through the demo area of the game twice, once on keyboard and once on controller. Both attempts went relatively well, however there’s quite a lot of quick item slots and menu options that -frankly, in my opinion- felt a lot more natural on the PC. I say this because, when the game detects a keyboard the UI changes to almost reflect a MMO, with a hotbar running along the bottom of the screen, clearly showing each of the various equipment/weapon/spells that you have available, each bound to a number key. This was especially useful, because the demo started with the character already possessing a fully loaded hotbar — swords and assault rifles, each enhanced with Elex in their own way, were already in place for me.

The hotbar, and the UI didn’t give me much help in letting me know what the weapon I’d just changed to was good for; all of that was tucked away in the game’s menus, which were pleasantly in depth with weapon details, equipment and quests/lore.

The other thing that was impressive, and I mean no insult to Piranha Bytes, was the actual visuals of the world itself. Their previous series, Risen, and Gothika, were always behind the times on visuals -although certainly nobody played them just for the visuals. Elex is a massive, massive improvement on those titles, and while the late-alpha build that I played certainly had some weak spots, odd facial animations, and plenty of clipping and hitbox faults during locked-on combat, the visual level of the game remains vastly superior to their previous outings. 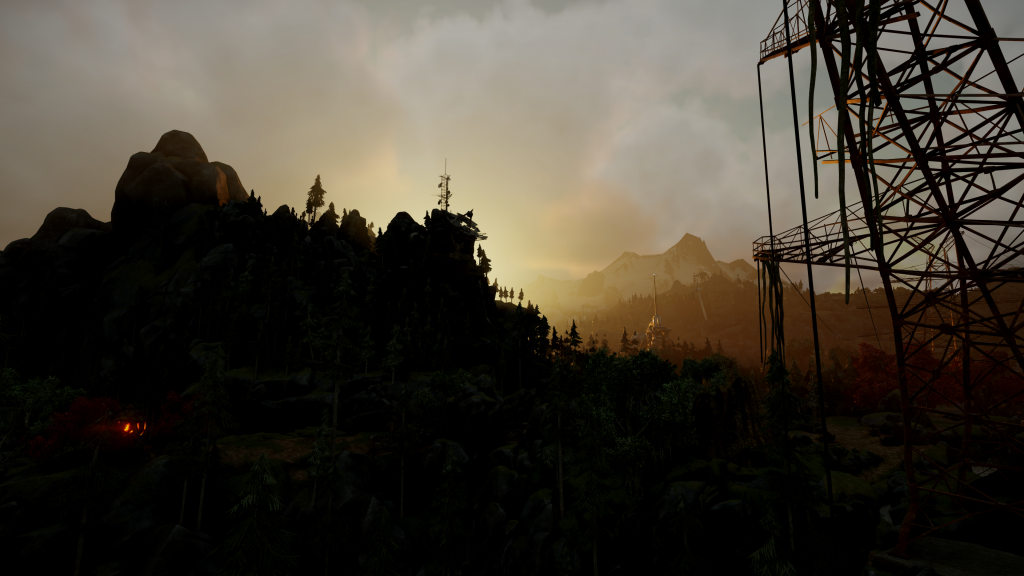 Something that does remain the same from those previous series however, is the, much celebrated, difficulty curve. PB’s games have always had an unforgiving, realistic world that has no fear of informing you that you are not adept enough for an area by beating you black & blue. As I journeyed from the town on my first play I came across a wild creature which was a lot faster than I’d anticipated (I had decided to try to use ranged to soften enemies up before wiping them out in melee) which meant that I had to change up my weapons fast. I managed to beat it down, but more came, so I ended up kiting the beasties back to the earlier mentioned group of people outside the town gates. Happy with besting them, and later beating up some bandits, I headed further up the obvious path. Ahead of me I saw two patrolling robots, and a large bidepdal mech; thinking myself well equipped to fight I fired off a few rounds, however… a single laser bolt from the mech ended my run as it smashed into my character’s chest and sent them crumpling to the ground.

Arguably, with a little bit more preparation, I could have engaged, and possibly even damaged the mech up close. Much like PB’s previous games though, it’s never worth fighting at a disadvantage. On my second playthrough I snuck past them.

I didn’t get to explore all of the area that the demo had on offer during my time playing, which is both a testament to the amount that was in it, and the caution that comes with an untethered difficulty curve. I spoke with the Global PR Manager for THQ Nordic at the stand, who confirmed that the game would feature five, vastly different city-hubs, each with own associated factions and missions – while there wasn’t much of a clue as to the game’s story’s driving force, it was clear that you’d be spending a lot of time on the move. 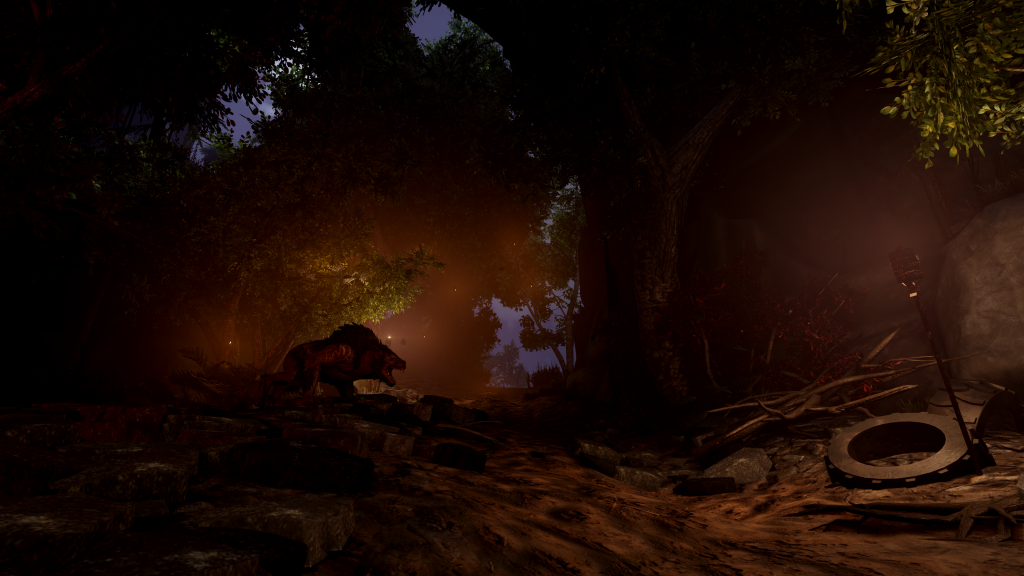 Being an early build there were some issues. The game’s combat features an autolock system which is very useful what with the dodging, and blocking, required in a game where you can be left extremely squishy when facing the wrong enemy. It’s a very useful system, however the game’s hitboxes and animations suddenly go from great to heavily confused. Outside of it the character will clamber up rocks, and jump fences at the tap of a button. While locked in you’ll miss connections with surfaces, sinking through them until the game detects what you’re up to; and certainly animations -like healing- are also confused while trying to run as you sidestep. It’s not something to, currently, get too hung up on, as the build was apparently dated even at the time I was playing it.

As is often the case, I had several questions left unanswered after my time with the game. Specifically pertaining to some of the more shouted-about features of the game; the adaptive world, one deeply impacted by the player’s path and choices; and, the game’s jetpack, and how that plays into combat/navigation.

Still, with the level of care which has gone into Elex’s setting, world development, and equipment (and combat) set-up, it’s certainly got a massive amount of promise. In a post Souls world, the series’ userbase will be looking for new games that handle difficulty in different ways, and this certainly looks like it could well deliver that in a tight package combining up-to date visuals with the classic Euro RPG (think Summoner, Witcher, as well as Piranha Byte’s own series) style.

All images provided by THQ Nordic