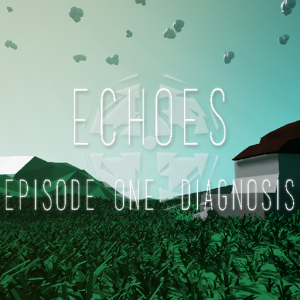 It’s a the first part of a four part series looking into exploring the affects of mental health on the internal state of the mind’s imagination.

Ignoring the mental exploration for a moment. The visuals are brilliant. Sections within and without the afflicted’s mind switch from low detail polygon based visuals, set to give off an alien, obtuse feeling. On the counter the worlds presumably outside of the mind are sharp and vastly more lifelike. That conflict and contrast are stark and wonderful.

Unfortunately there’s not much on show regarding the overarching story, with a complete absence of characters on show. There’s also no real indication of direction within the game, although great environmental design can easily remove the need for verbal or textual narrative.

Echoes is due out in the Winter months coming, either late this year or early next, for Windows PC & Mac. Hopefuly we’ll learn more about it in the time to come.