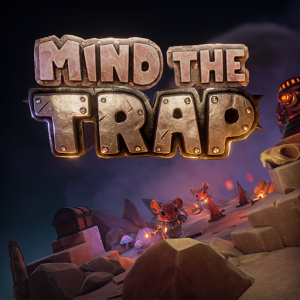 Competitive 3D platformer. Traps and pitfalls will attempt to defeat you and your friends, regardless of the fact that you need one-another to survive only one person can be crowned victor. With mice!

It’s really quite cutesy in appearance, that and the fact that I really like games that give the chance to betray teammates whilst also needing them to survive. Anyone who has shut friends out of a safehouse in either Left 4 Dead to have them pummelled by a horde knows exactly what I mean.

The game looks extremely tightly designed, I can’t actually see ANY flaws in the game whatsoever from the trailer. My only concern is for the amount of game included within.How many levels are there? How long are the levels? How many mini-games are there? The greenlight page mentions vast randomised levels with secrets, but the context they are mentioned within leave a lot of vagueness.

It’s extremely promising, I gave it a thumbs up, but I would really like to see specifics in those departments as soon as possible.

Mind the Trap is set to launch early 2017 for PC, Mac & Linux. It’s already greenlit at time of posting.