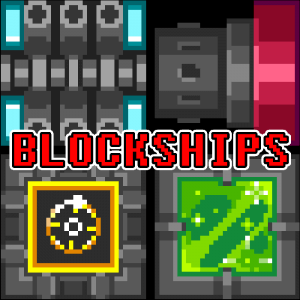 What type of game is it?
Arcade Shooter

What do we like most about it?
The idea is amazing – having to change your attack style as you connect and lose components on it’s own is a fantastic idea. Similar to switching out characters in a fighting game. Similarly, it’s also a wonderfully balanced system – with parts so easy to snap off it’s easy for a fast, small ship to blown the weapons off a larger ship, crippling it and leaving it defenseless, waiting for the inevitable.

Anything else worth shouting about?
There’s more block types on the way, and there’s also going to be Network Multiplayer in time. Top Job.