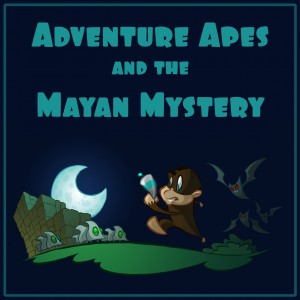 What type of game is it?
Platformer – Simple eh?

What’s the 30 second elevator pitch?
You play as a projectile flinging monkey exploring an Aztec ruin. Catchy music and pixel-perfect graphics within.

What do we like most about it?
Every bit of the screen has something going on, and even the backgrounds seem varied and unique even with the retro style to the game. Enemies, objects, environmental hazards and bosses litter each of the many levels on show – and at no point does anything really look like it repeated itself.

That’s why I think of older games as superior to most modern games that try and emulate them – because devs back then would try and use every KB they had on the cartridge. AAatMM does this too. That’s why it gets my vote.

Anything else worth shouting about?
The music is wonderful too – and I also really like the scale of the character in relation to the screen, he looks tiny, yet still very detailed — I think I just really like the art and design decisions in their entirety.