...everyone else already used Welcome to the Jungle

Considering the popularity of Survival games, one might think that there would be more that feature actual real world situations in premises. Instead we have dinosaurs, the supernatural or specifically just zombies and Conan’s Hyboria just to name a few. Not that there’s anything wrong with any of those choices, it’s just that there are any number of real world situations that would be a perfect fit for the genre. Chief among them is being stranded in the rain forest. Developers Creepy Jar however aim to bring that exact possible nightmare scenario to life with Green Hell. Recently put released into Steam’s Early Access, I put all my survival skills to the test to preview what players can expect.

The story right now is in development, but there is about a 30 minute primer that currently serves as a tutorial. The gist of it is that you along with a female companion (spouse/significant other) have previously made contact with a tribe in the Amazon and had written about it. This caused agencies to come poking around and well, the tribe is a little more than perturbed with you. So you two are back to try and smooth things over. Without giving everything away, let’s just say it sets up the survival parts rather excellently even in it’s truncated current format. I’m actually quite interested to get more of the story and really that’s great considering most survival games have about as much story as Asteroids. 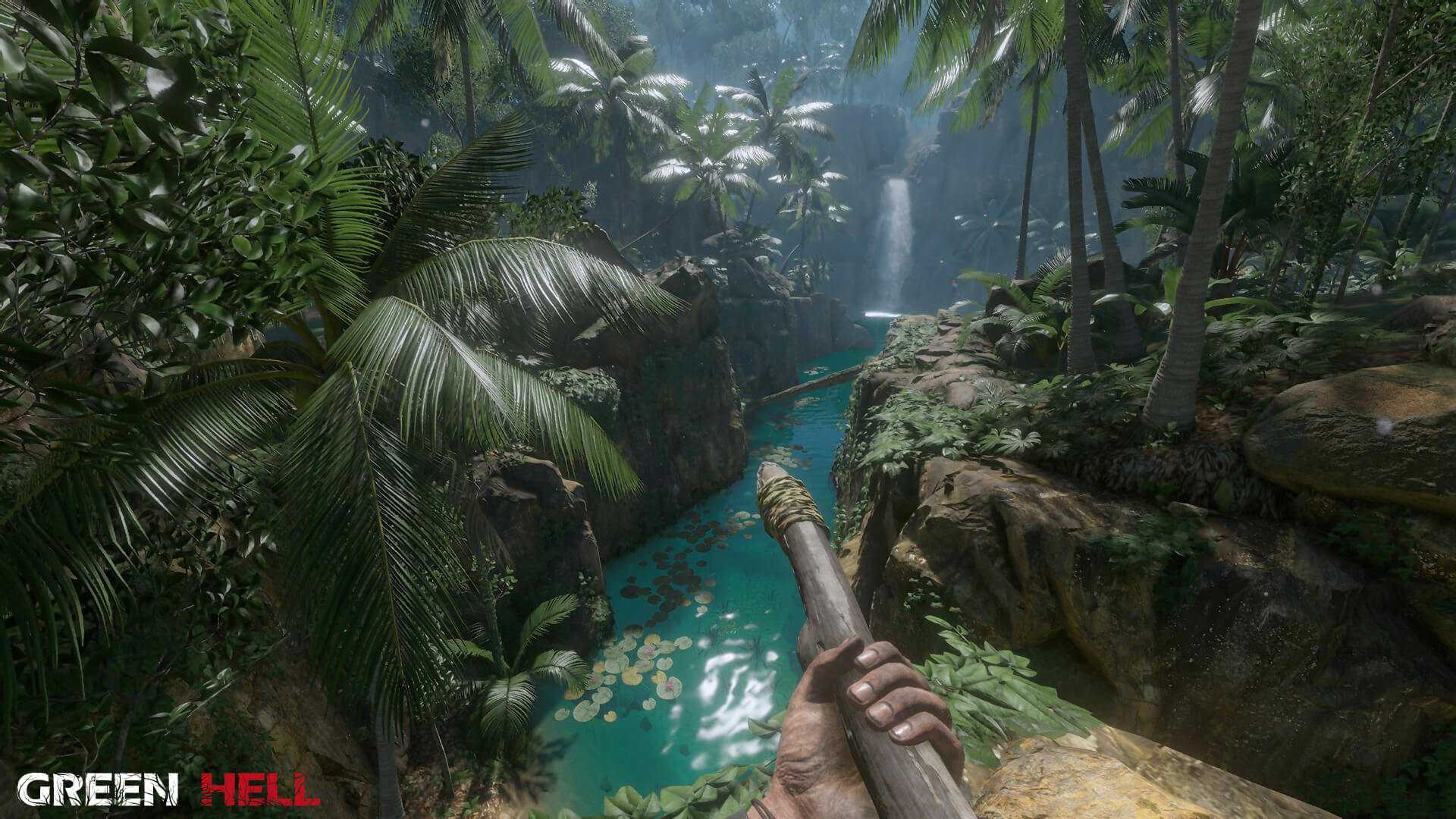 Since we are talking early access here, the story mode will take a back seat for a bit while the main survival mode is being worked on. So, with that in mind let’s start with something you should be familiar with in any survival game and that is crafting. There is definitely a real kind of feel to what is being crafted. Yes there are many blades, weapons and other things, but also stuff like water purifiers. Every thing seems pretty legit and nothing felt outright preposterous in why it was there or even how to build it. More complex items have their “blue prints”  placed so that you can drag the materials over them. I enjoy it a good bit, the shame is I spend far less time crafting and much more time trying to do something else… eat and drink.

Food and water at this point is an all encompassing task. The need to drink is never ending. Having chugged a large cooking pot full of rainwater it held me over just long enough for… the pot to fill back up with rainwater. Ok, maybe slightly longer, but maybe due to some time dilation, it feels like even adequate hydration disappears far to quickly. Food on the other hand isn’t quite as bad and is even broken down to some different types of nutritional needs. Can’t just live off berries now can you. But bottom line, I would probably count on seeing adjustments to this formula. On normal difficulty these levels just feel like they deplete too quickly. But hey, this is exactly what early access is for.

The next large tent pole in play with Green Hell is the sanity meter. Look, slowly going a bit insane trying to survive in a jungle solo seems to be a given. Like the food and water situation though at the moment it does seem and bit excessive and I would imagine would see plenty of tweaking. Sanity is lost, from well, what seems like anything bad at all. Get a leech on you, lose sanity, fall and hurt yourself, lose sanity. Fail at things, you guess it, lose sanity. Sleeping does restore some, thankfully, but sleeping has a nasty way of gathering those leeches or worse worms. There is a pretty nifty system to checking out wounds or looking for parasites by inspecting your limbs, chances are though you won’t be happy with what you find. It’s a system that maybe some of you are dreading and honestly, given some more balancing shouldn’t be too bad, plus it’s fun listening to some of the things you say to yourself.

There is one thing that there is no quibbling with and that is the look of Green Hell. Even when things are at it’s darkest, most desperate, the game looks down right gorgeous. It’s hard not to stop and stare, even though there is a snake, scorpion, bees, jaguar or angry tribesman after you. When the suns rays break through the canopy in the fading afternoon light it’s one of the most beautiful things you can see. Staring at that should give you some plus sanity. The look of the game really brings that mix of beauty and peril together and it is a sight to behold. 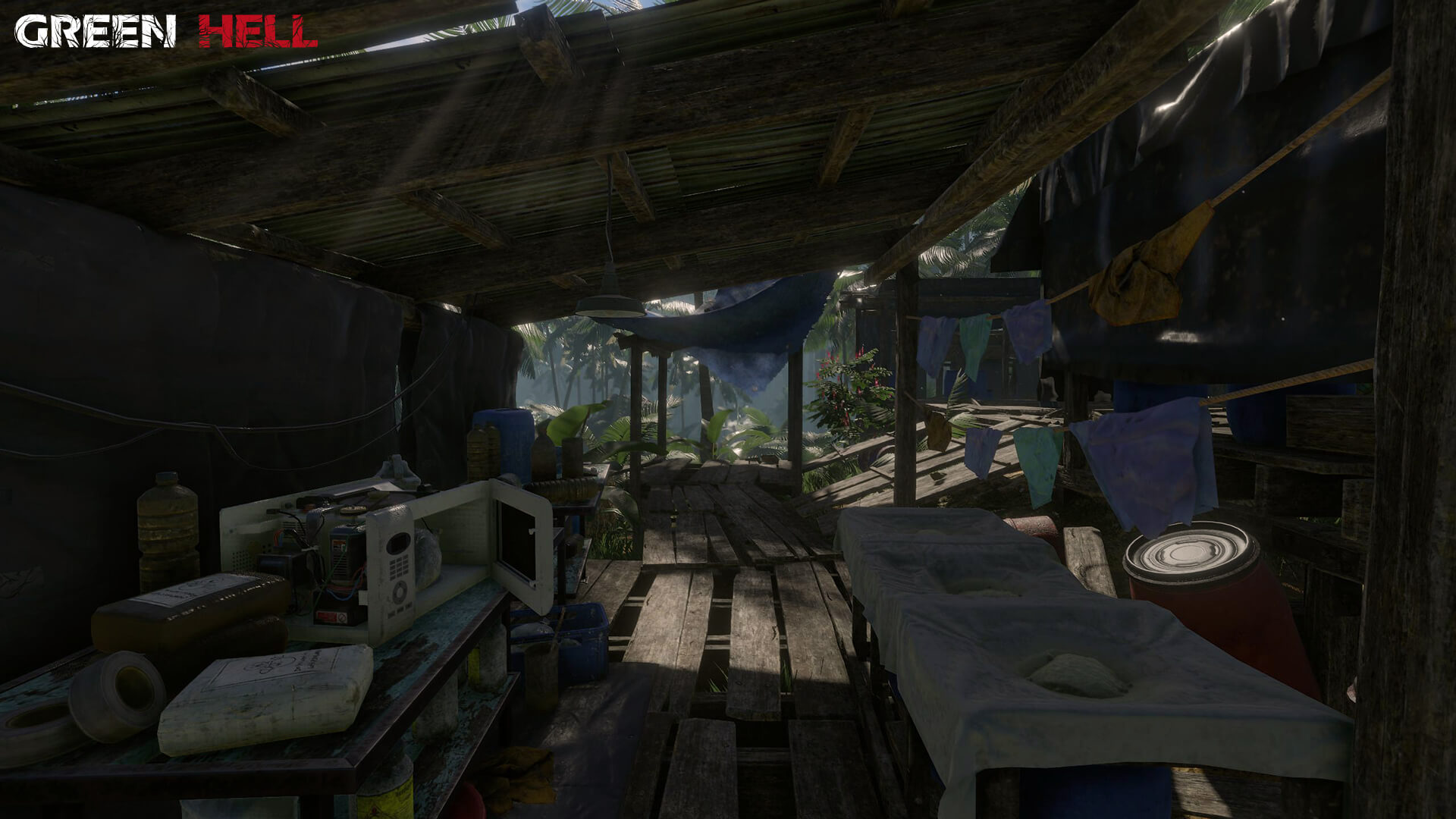 Given this early state of the game there are a lot of elements that are going to probably feel pretty familiar to survival game aficionados. However, there is an air of something special going on with Green Hell. Besides the look, it is incredibly addictive. You want to do more, get further, just survive a little longer. The story is an intriguing set up and one that I’m sure many players will be waiting for once it is finished. Most survival games out there don’t really connect with me, but Green Hell absolutely did and with the few friends I’ve already spread the word to as well. A little bit of patience will probably be required as things get tuned up over time, but it’s a game well worth your attention.

Green Hell is available for Windows via Steam Early Access.