It should have been one of the first things I imagined with VR, a platformer. They’ve been such a big part of the gaming landscape for at least 30 years, of course they would be coming to any new technology right? Oddly, I had never considered even the idea of a VR platformer till now, thanks to Pixel Arcade from developer Corrie Green. Always a personal favorite genre of mine since the days of Pitfall! and Pitfall 2 but now with a whole new dimension to toy around in. Time to take a look around, preferably before I leap.

Just launched into Early Access, Pixel Arcade gives players the chance to complete a platforming course in VR. The look is that more akin to some retro Vector graphics. While I was probably suppose to feel like I had been transported into an old arcade game, I mostly felt like I was in some version of American Ninja Warrior/Sasuke. Players swing from platform to platform using the Vive controllers to grab onto blocks and platforms, while also propelling themselves to the next object to hold onto for dear life. It’s also a good way to work up a sweat. 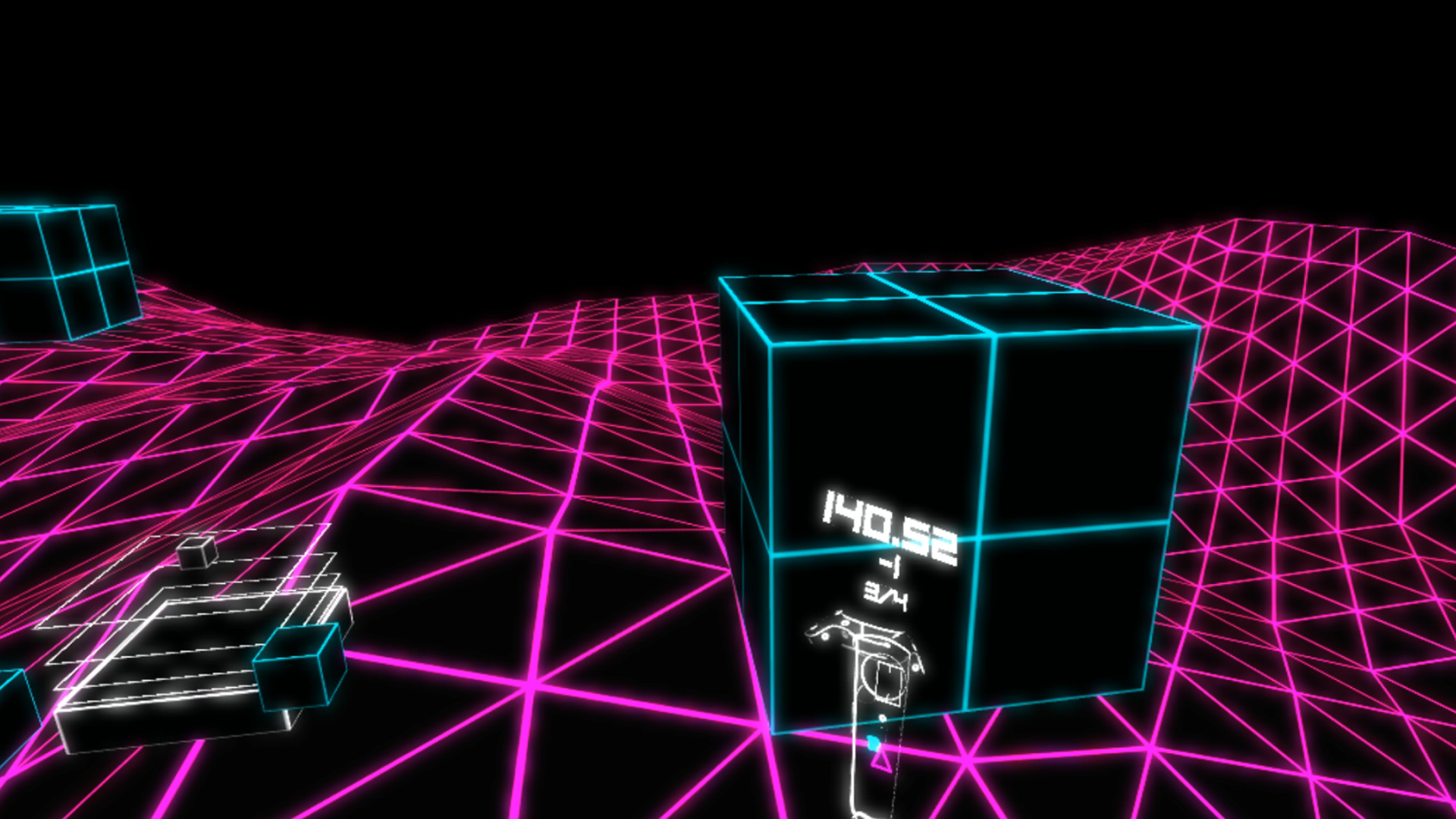 Day one of Early Access featured 15 different levels, but more will continue to be added throughout and eventually the number of levels should be more than 100. Thankfully the game does save your progress and even while out on a course there are checkpoints throughout so making it through the entire thing in one go isn’t necessary. Which is a good thing as it won’t take long before you’ll want to play a game of “How far can I fling myself across the screen?”. The best part of the entire thing is that doing so won’t upset your stomach. My normally easy to irritate innards were 100% A-OK throughout. That in itself is quite an achievement for a game that is all about non-teleport based movement.

While moving the frame rate was also rock solid, no jitters or anything of the sort. I did however encounter some other little issues. Most notably when restarting at a checkpoint after falling. It seemed the screen would get a bit spastic and I’d just keep falling. I took some time, but eventually it seemed I wasn’t quite returning to the checkpoint in a safe space, but rather continuously spawning into a block/platform or just in front and being pushed off repeatedly. Eventually I figured out what was happening and learned to just look back and grab for the block at the checkpoint. 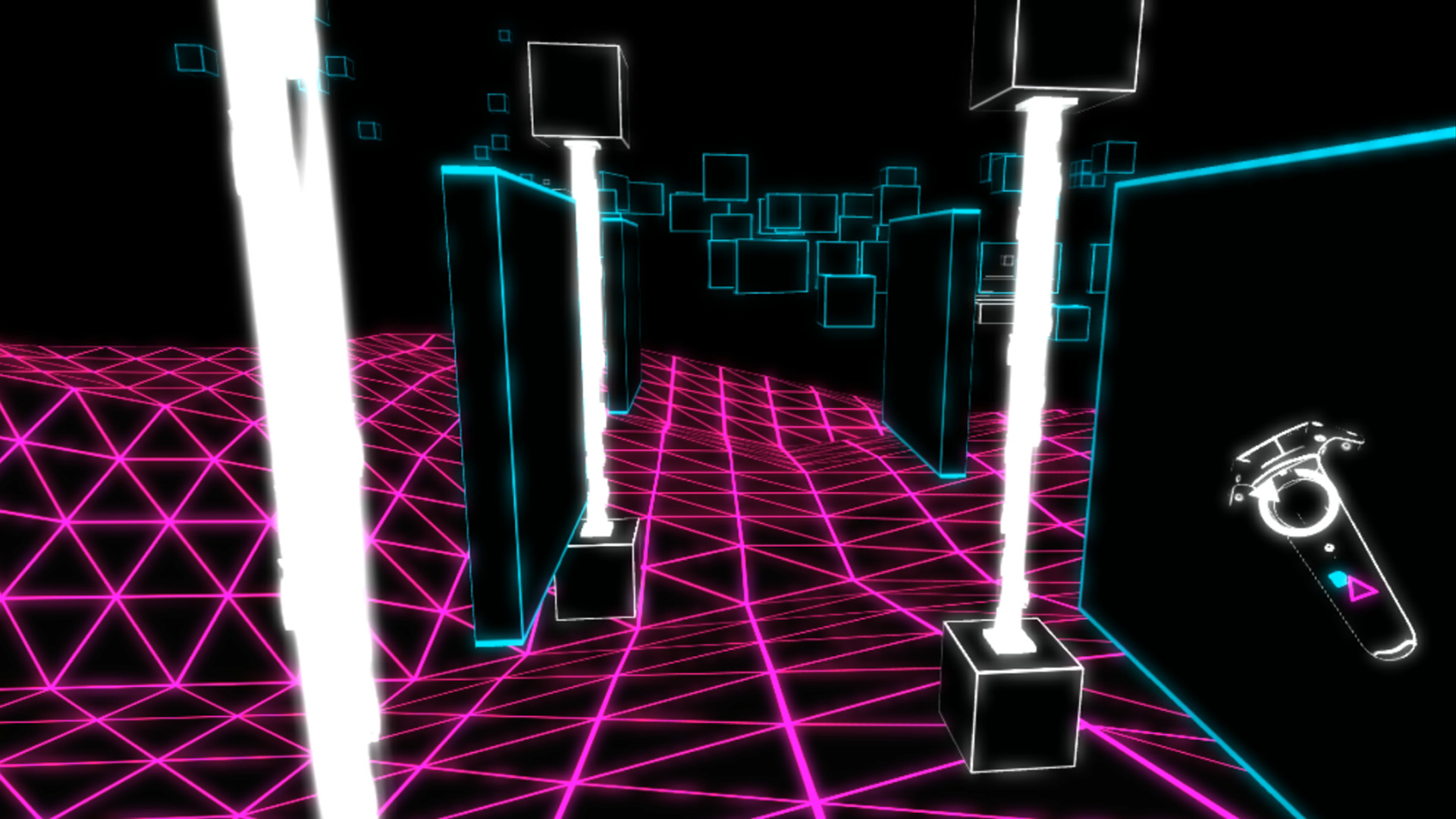 The other minor problem was when I happened to land on top of the blocks or walls I should have been holding on to. At first this seemed like an easy solution was to be had, just reach down and grab the top edge and let myself down. Thud! Standing on top of the blocks puts the edges at the same level as the floor and therefore, not something you can grab. Most of the time, but not always, lifting both arms over my head would eventually have me fall. Why? I’m not sure and it wasn’t always a sure thing either. Is it something to worry about? Probably not, it is Early Access so plenty of time for a fix there, just making sure the top edge sticks up a bit from the floor, so i can be grabbed should be enough to do it.

Overall, I certainly look forward to seeing how Pixel Arcade evolves through its EA phase. The few issues I did have weren’t deal breakers in the slightest. Some minor bumps that can be tuned. It also did provide a good work out somewhat unexpectedly. Just swinging my arms I didn’t expect to work up the sweat that I did, so that is an added benefit as well. If you’ve grown tired of endless wave shooters how about trying something different and give Pixel Arcade and its platform swinging fun a try.