Anyone who has delved into a Strategy game knows they can be pretty time consuming. What if that time could be pared down to 5 minutes or less? That’s the angle that Attrition: Tactical Fronts from developer Cardboard Keep takes, good battles without a huge time commitment. For those of us with the desire to play, but not the time this is a Godsend. Recently launched into Early Access let’s see what makes this title tick.

Now the first thought that may come to mind when seeing battles that can be completed so quickly is exactly how strategic can it be? There are already a surprising number of different units with different strengths and weaknesses already, several types of infantry, tanks and artillery to be more exact. The maps are of course on the small side, but this just makes the tactics a bit tighter and full of action. Stripped of a lot of the extraneous things Strategy games have come to incorporate it’s nearly all battle, all of the time. As a long time fan of the Axis and Allies board games, I like things relatively simple. 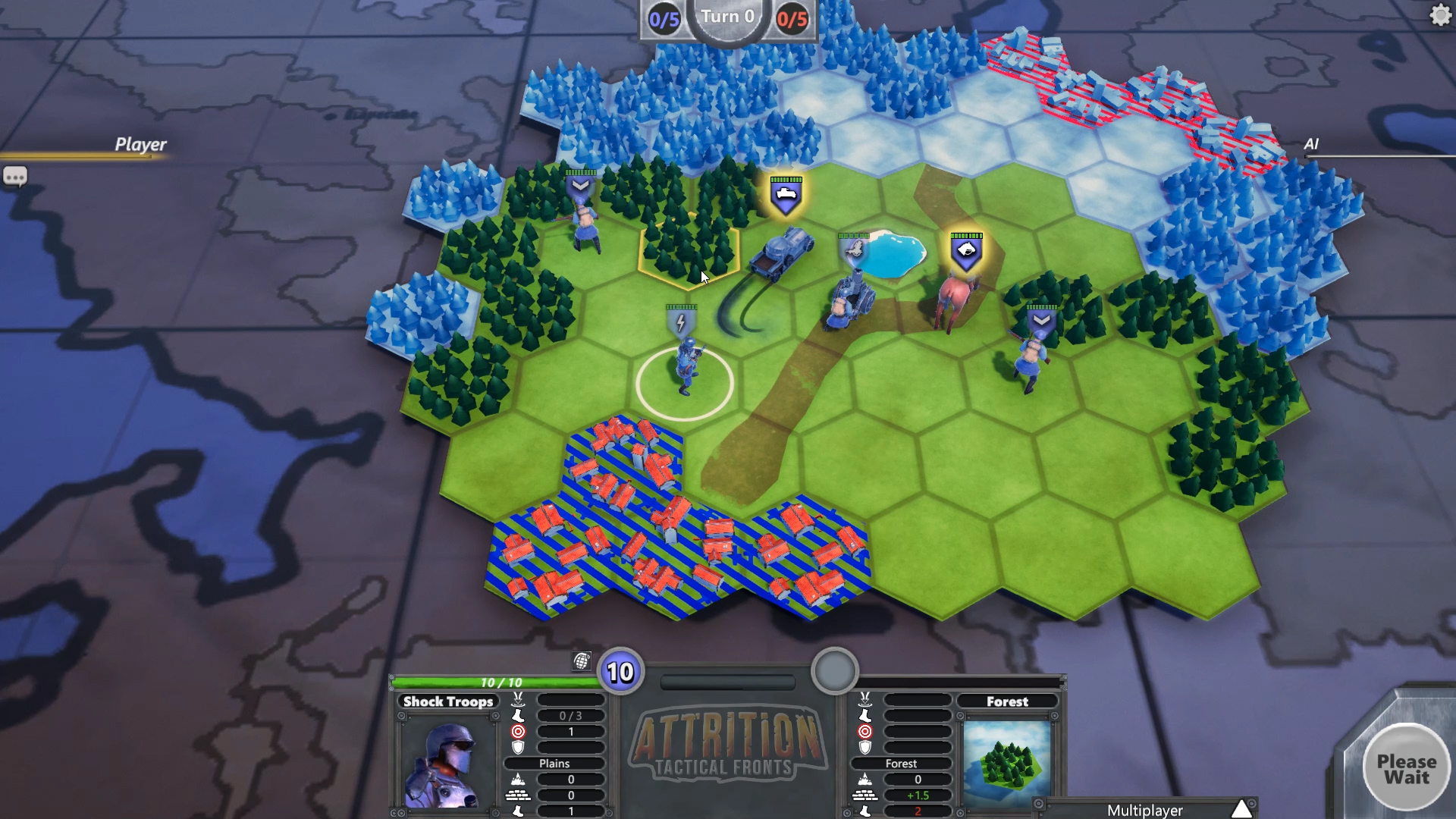 Relatively is the key word here as things are never totally simple. Terrain also plays a rather large factor in victory or defeat. While the gameplay seems straight forward there are plenty of subtle nuisances that maximize the amount of strategy available in such a small area. While Attrition: Tactical Fronts is only about 2 weeks into it’s Early Access period it’s already a game that both video game and board game strategy fans can enjoy. I have no problem admitting that I can be extremely picky about the kinds of Strategy games I like and this one won me over nearly as fast as it takes to complete a battle.

So what’s there right now? For the single player types, there is a campaign mode and AI skirmishes. The campaign is still in progress, but from what I played it does a good job of putting all the terrain and units to use. Parts seem like they are more obviously a tutorial then others, but make no mistake, you will need to learn all the ins and outs to get through it. I was fairly certain I had everything down at one point, that is of course till I had my rear end served up to me on a silver platter.

The AI skirmishes provide a randomized map, along with the ability to choose your units, or roll the dice and let that be random too. I always went with the random side composition. Besides where’s the fun in a randomized map if you are just going to pick the same units to go on them over and over. All and all that means there is a near limitless number of potential match-ups and maps that will keep the replay factor very high. Don’t worry though if you think it’s going to be single player only, there is of course multiplayer match-ups as well. 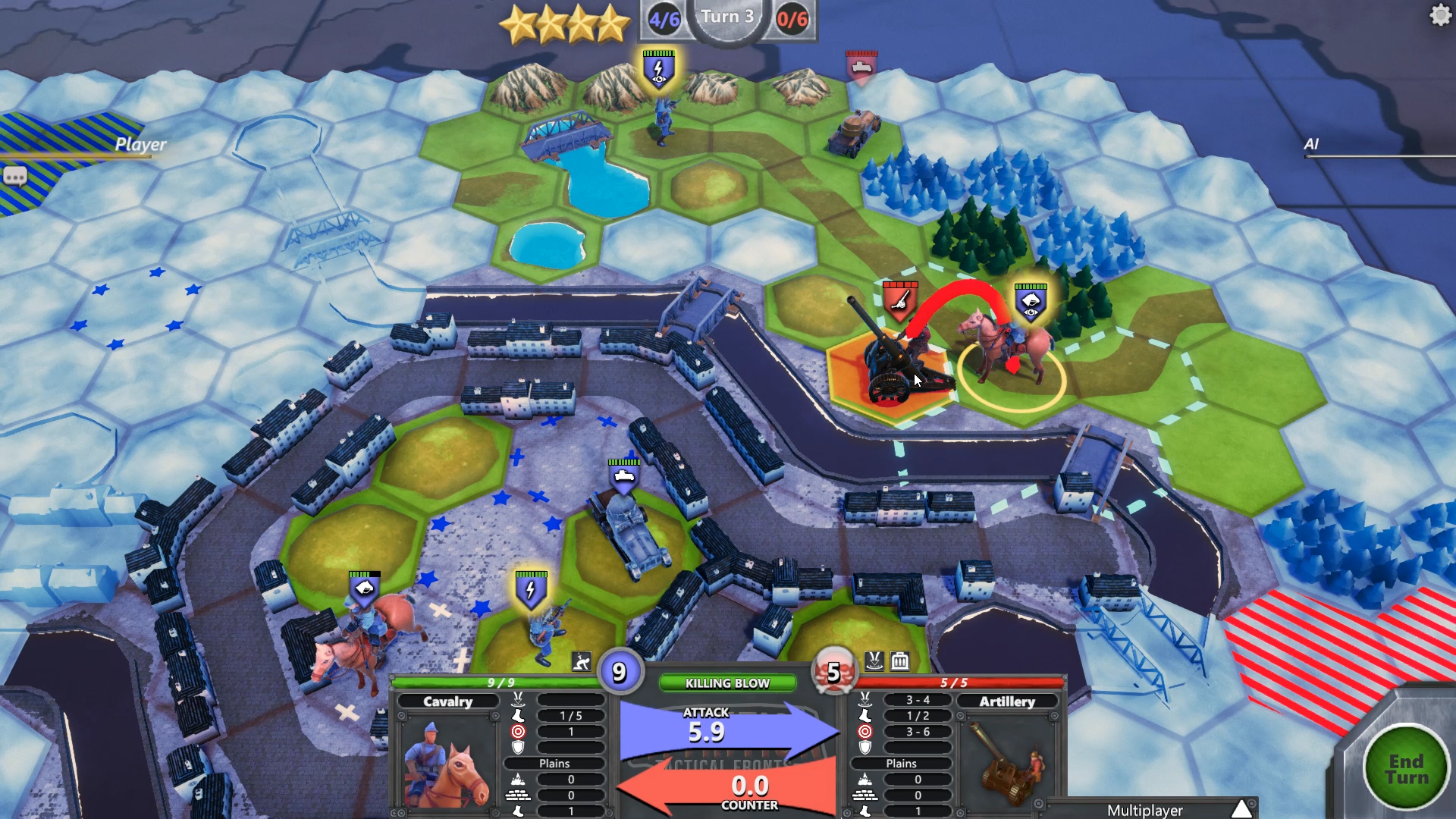 If testing your meddle against other players is what you like best, you can have a go at it 1 v 1 style. The recent EA update included an xp and level system. While I’m not 100% sure what it will be used for, I’d hazard a guess that down the line it might be useful for things such as match-making. I haven’t given the multiplayer a go just yet, but later on down the line, once I’ve got a bit more mastery of it all though, watch out, even if it is only a “friendly” match between us here at B3. Speaking of friends, the in-game map editor will allow for creation of your own scenarios and maps that can be share. Quite a lot in a small package now isn’t it?

Normally I’d offer up some constructive criticism on some area’s that may need work, but I honestly don’t have any. There is nothing at the moment that would keep anyone from picking up the game right now and enjoying it. Early Access can sometimes feel like a crapshoot that’s not the case here. I certainly like what I see so far. If some quick, yet fun, strategy is what you are after, this would be a good pick-up. It’s strategy that is simple enough for newcomers yet deep enough for veterans, I look forward to seeing where the game goes from here.