Freedom Planet – Nostalgia and novelty in a solid Switch port

Run. Never stop running. Even when you’re upside down, pursued by aliens, hunted by gargantuan machines, or an inch from evisceration by 1001 knives, in Freedom Planet, you must never. stop. running.

So, blatantly a Sonic tribute, Freedom Planet trades on frenzied platforming, lightning fast movement, and multiple pixel art, anthropomorphised animal protagonists. One of them can even fly and is objectively the most irritating character. Credit is due to Galaxy Trail, who acknowledge and own their inspiration on the website.

Playing as either Lilac or Carol (and latterly Milla, once unlocked), each of which offer unique skills and therefore unique experiences of the same stage, you must battle to save Avalice from a treacherous villain who seeks to steal the kingdom’s prized possession: the Kingdom Stone. 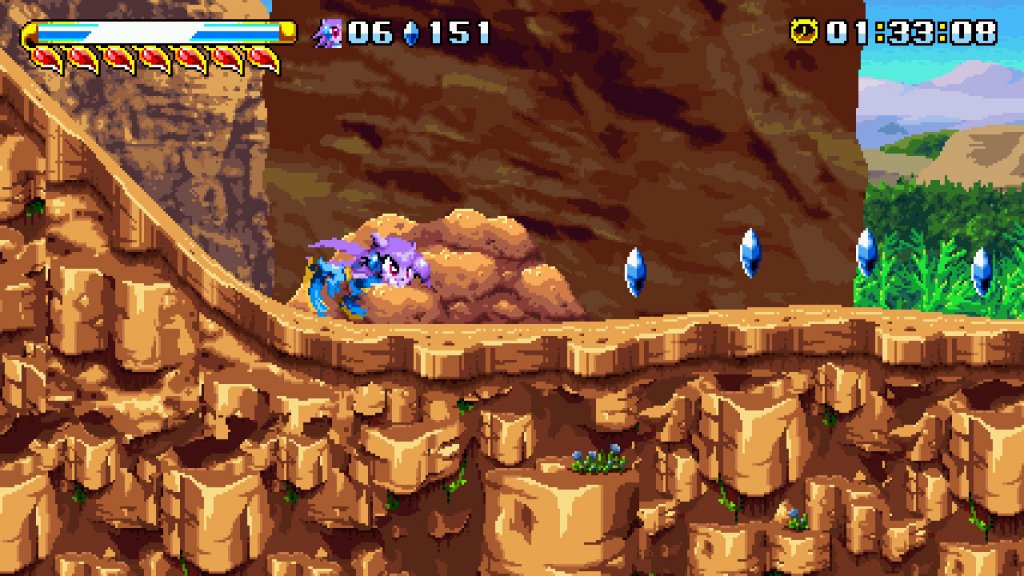 As a well-received 2014 PC and Wii-U title, Freedom Planet has come to the Switch with a sort of plodding inevitability that makes you wonder how it’s taken this long. However, it earns its place amongst worthy ports thanks to punishing but endlessly satisfying boss battles and its ability to generate a thrilling sense of momentum.

Much like its predecessor, Freedom Planet is intricately crafted to get you running and then keep it that way, bending your perspective and challenging you to keep up. When successful, the sheer thrill of movement is enough to justify the game on its own. Breezing past your would-be murderers, speed rendering them helpless onlookers as you close in on your target.

Unfortunately, the game’s translation to the Switch compromises the experience somewhat. Freedom Planet, in keeping with this homage to retro platformers, only allows you to move in four directions. The Switch’s JoyCon is unwieldy to use, making you accidentally fire your animal friend into a weapons-grade blender or betraying your intended moves and abruptly stalling you midway through a section the design intended for you to flow straight through. 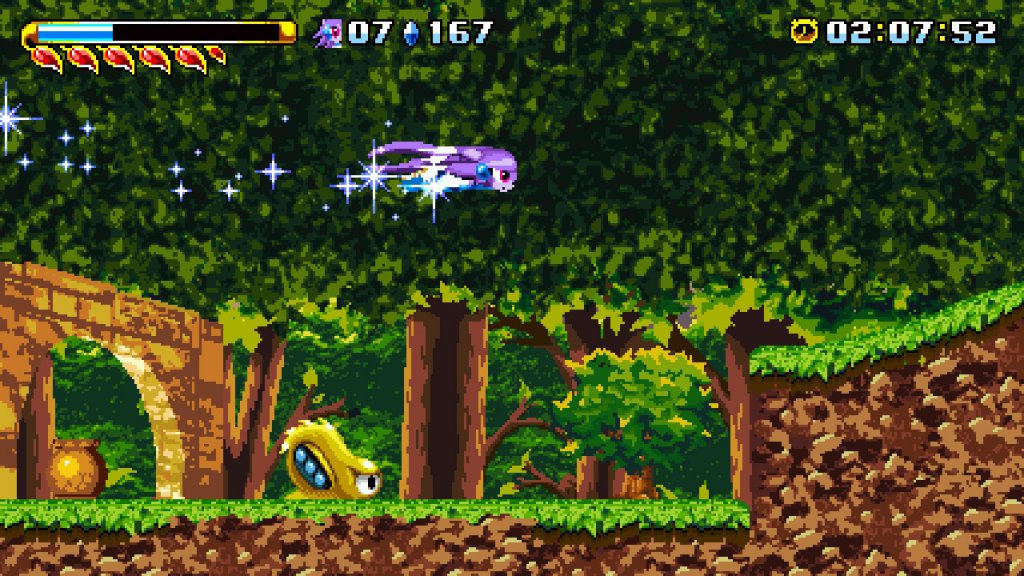 Very occasionally, Freedom Planet overindulges itself, and you become acutely aware that the game is pushing you forward despite your input rather than because of it.

The game’s standout moments are to be found in the boss battles. Each battle is in stages, adding attack patterns as you get closer to the end, each with a new pattern to be learnt. Initially appearing obtuse and deliberately unfair, failure by failure you learn their patterns and timings, ultimately mastering each aspect to the point where you wonder how you found it difficult to begin with.

What is most satisfying is returning to a fight once you have cleared it and comparing that to your first attempt. The game’s timer is the measure of your mastery. Stages which took 40 minutes to complete the first time can be beaten in half that on the second attempt or, should you prefer, you can clear out the level’s collectables and treasures to push up your score. Freedom Planet can be completed as quickly as possible or as thoroughly as possible, it is entirely your call or, should you wish, you can go back and do both. 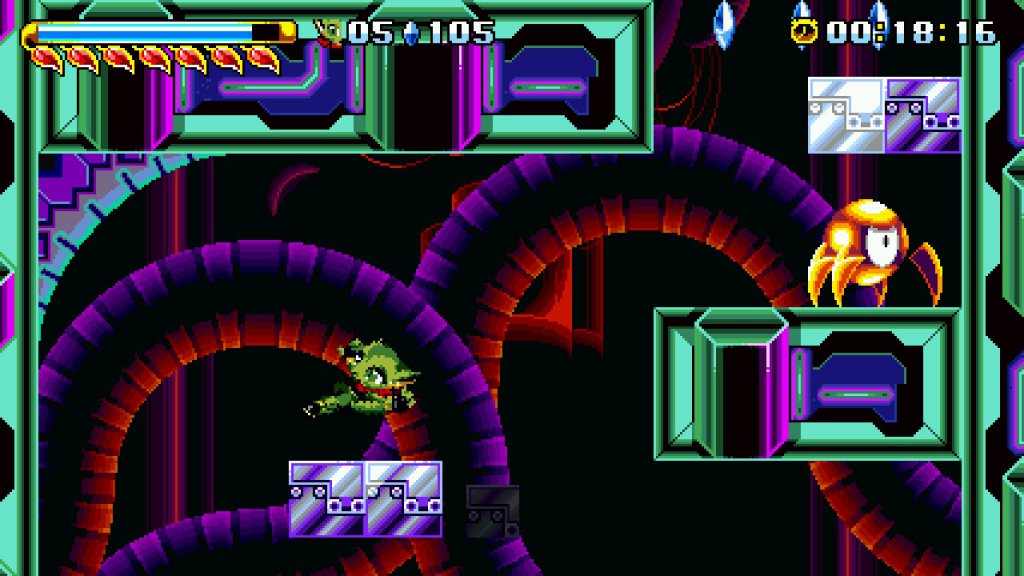 Between each stage is where Freedom Planet’s most fatal of flaws can be found. Insipid dialogue delivered with cloying over-enthusiasm, and a story so clichéd it barely earns the name. If Freedom Planet intends to foster sympathy for its arch-villain by giving it such threadbare raison-d’etre (“My home planet is in danger) then it needed to have released decades before now when expectations of story were much lower if at all present.

This would perhaps be less of a problem, but Freedom Planet’s cutscenes are lengthy to the point of self-indulgence. Whether they feel too long or are actually too long, the weakness of plot makes the breaks between stages barriers rather than rewards. Occasionally Freedom Planet will draw a wry smile with self-aware jokes but, in terms of writing, that is where the positives end. Thankfully, the game offers a “Classic Mode” which Galaxy Trail say shelves cutscenes, which is probably the best way to enjoy the games’ mechanical accomplishments.

Hurtling through Avalice with both robots and aliens alike powerless to halt your momentum is how Freedom Planet deserves to be remembered. It is a genuine opportunity to feel nostalgia in new surroundings.

Freedom Planet is available on the Nintendo e-Shop now, or buy the original release on PS4 or PC.