For Sparta is a fun, single-screen arcade game of juggling dodges and power-ups

In For Sparta, a fast-paced, single-screen action-arcade game, you take on the role of the final Spartan in the battle of Thermopylae.

That is about where the historical connections of For Sparta end. In fact, it would arguably be just as good a game without it having the loose-fitting, practically-propaganda legacy of the 300 Spartans (and 700 Thespians, *cough*) laid over the top of it.

Most games, if not almost all, place the player in seemingly insurmountable situations and grossly outnumbered by enemies, but one of the genres where that’s perhaps best underlined is in the roguelike/rogue-lite and arcade genres. In Robotron, you have to clear a screen of dozens of enemies alone, in Asteroids a nigh-infinite amount of space rocks hurtle towards you, and in For Sparta you have to lob yourself around an arena, taking out droves of enemies with very little respite. 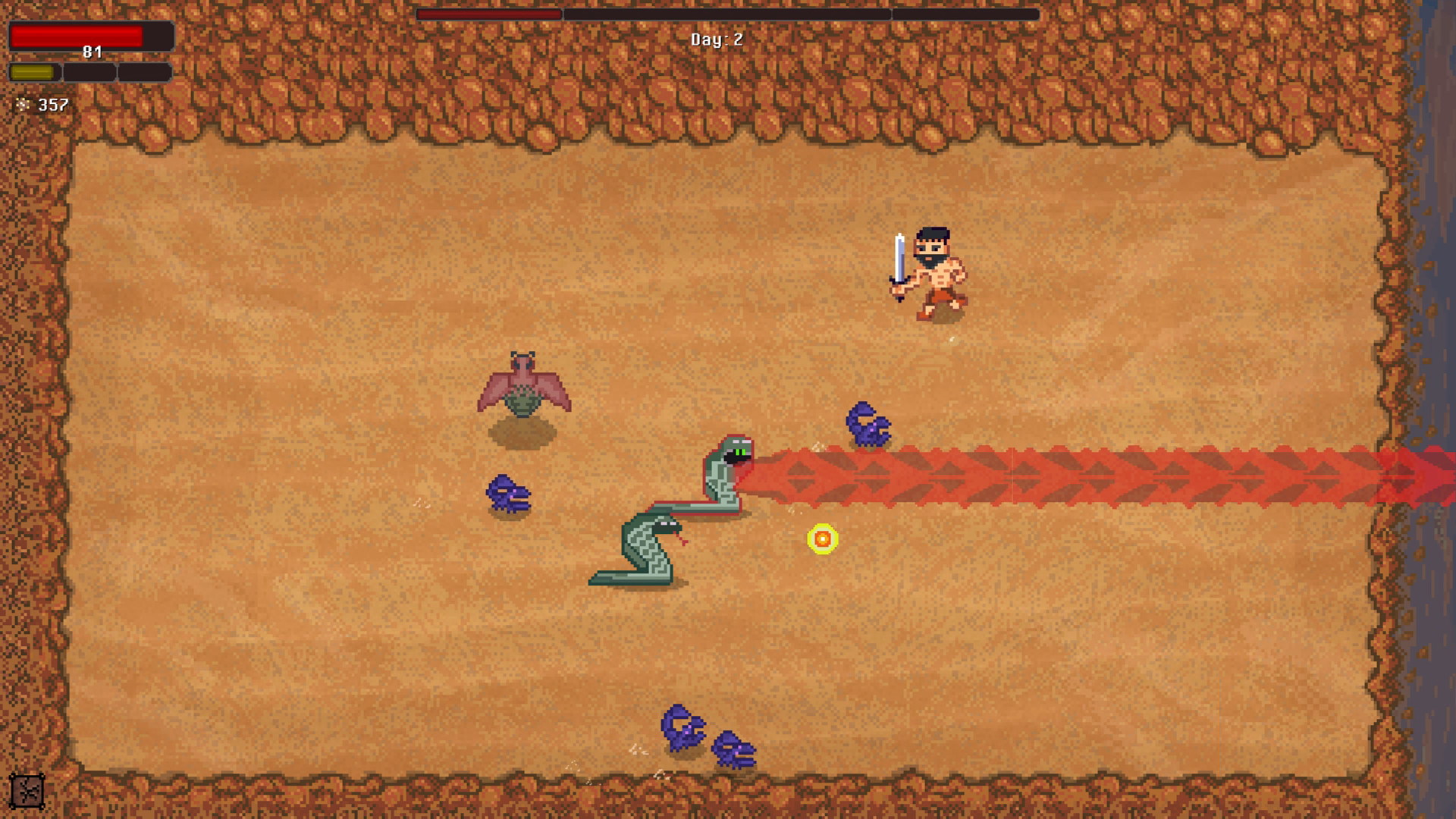 It’s incredibly simple and fun, and there’s no real quick-win in its single-screen arena other than concentrating and learning the movement and attack patterns of each of the enemies – which are bats, scorpions evil beings and, sometimes, humans. If For Sparta was just this simple dodge, attack gameplay loop, however, then it probably wouldn’t really be worth mentioning. Where it shines is in its items, boosts, and day system.

Each enemy drops a small amount of essence when defeated, this serves as a currency that allows you to buy upgrades after you’ve finished each day (three waves). These are optional purchases, although you’ll normally only get one of these at the end of each third wave, so there’s rarely a reason to not buy them. 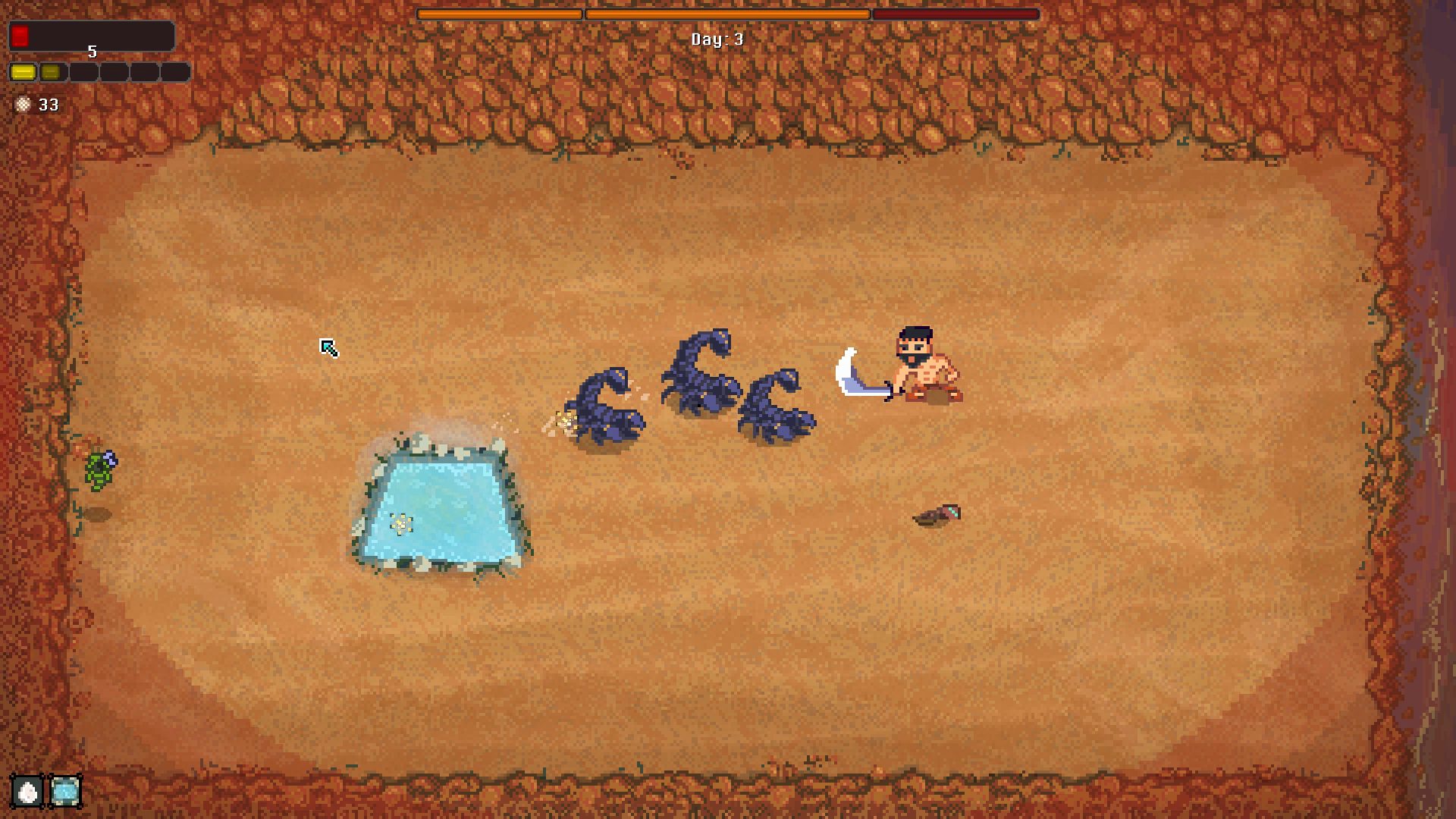 These add a fun chaos factor into the game. One of my favourite can shrink enemies and send them running away from you, while another gives you five black hole projectiles that suck enemies up and sap their health. I saw about 20-25 of these different items (of which there are apparently 200+) and they really changed up each run. This was very reminiscent of end-of-level upgrade choices from some classic games, or — for those newer to games — randomised roguelike traits.

For Sparta is probably not going to set anybody’s world on fire, but it is a well-made action-arcade style game that’s very easy to keep restarting after a failed run. It’s launching on March 22nd with an incredibly accessible price-point ($1.99) — at that price it’s definitely worth your time if you’re looking for a quick game you can keep diving back into.

For Sparta will be releasing on PC, via Steam.