As developers learn more, take more chances, and get further along the path towards releasing a game, they learn a lot. The process of creating a game — from prototyping, creating art, working with others, marketing, and finally releasing the game is a learning process in itself. I have never gone through the full development process, but have often listened to the advice developers give to other developers. Curious about advice they’d give themselves if they were able to go back in time I gathered a few developers together, and asked them.

If you could go back in time and give advice to yourself before you started game development, what advice would you give?

Giada Zavarise, a developer behind the wonderful, narrative RPG Selling Sunlight, had a ton of super practical advice;

“REDUCE YOUR SCOPE AND TRY TO ACTUALLY FINISH SOMETHING FOR ONCE, GIADA. You were young and naive and dream of making the next Final Fantasy, I know; but an 80-hours-long JRPG was not a good first project. Most importantly, you weren’t really working on that game, but only dreaming of making it. You had a start and a vague ending and tons of lore, but weren’t planning anything. You didn’t break the story into chapters and scenes. You had no concrete idea about the final workload.”

Starting small is something that I hear come up in conversations again and again. Loads of developers — especially ones in university, want to make the next Minecraft or Dark Souls. This isn’t achievable for your first game — you will need to make loads of small projects, learn from them, and then create your own Minecraft or Dark Souls.

“Planning makes the difference between “I would like to do this” and “ok, I’m actually making this”. Planning makes you finish stuff, and finishing stuff is important, because games are meant to be played. How are people supposed to recognize your Great Talent, otherwise?”

“Finished is better than perfect. That’s also why you should never, ever start your career with your dream project – you’ll only end up doing and redoing the same stuff over and over again, aching for a perfection that is still out of your reach.”

This last bit of advice really rings home with me. When I did make games, I started out making small tutorial projects after figuring out that the game I wanted to create — my dream project — was just unobtainable. Developers just starting out should think about this! You will get to make your dream project, it just won’t be your first project. You will grow from your first few projects. This will allow you to make your dream project (once you get to it) amazing.

Raven A. White, a gamedev, writer, and artists also had the same idea behind finishing the game;

“Pick one language and library, pick one project (a realistically-sized one), and finish it. While the idea of learning new tools is fun, and that new game idea you just had might seem better than whatever you’re working on now, the thing that’ll matter most is having finished anything. Even if the library or engine you use has a bad reputation, or maybe isn’t something they use in the industry, or maybe has weird little idiosyncrasies you have to work around, even if the idea maybe isn’t panning out to be the best game you’ve ever played, finish projects.”

Finishing your game is so important that is has now been listed twice. Finish them — put them out to the world.

Daniel Miller, a game developer currently working on a retro-styled game, had some similar advice to the previous mentions, as well as some new ideas:

“Prototype everything before perfecting the game’s art. You can still work on art (in fact, you should, since you need to improve, and it helps inspire you), but getting the gameplay to feel good first is important. Plus it can help drive art decisions so you don’t have to keep redoing it.”

Good art does make a game look polished, but is nothing without feeling fun to play. This is similar to advice I give out for game jams — to make the game feel good before polishing up art and other aspects.

“Please don’t feel guilty for resting. I know you don’t have a lot of time to work on your game since you have a full-time job as well, but you can burn out if you’re always either working at work or working on the game. In the end, you’ll benefit from a healthy cycle of gamedev and relaxation.”

Resting is a very important part of game development — burning out is a real thing. Having a healthy relationship from the start with your development cycle will really help in the long run.

What advice would you give yourself if you could go back in time to the release of your first game?

When you start game development, one of your goals will be to release your first game. This first launch will be a huge milestone in most developer’s eyes. As such, I wanted to ask for advice that would be given to the versions of themselves at the time of their first game release.

Kevin Andersson, co-founder of Elden Pixels, makes a very good point about the work that needs to be done after a game is released;

“If the game wasn’t released yet I would ask myself if there were something in the game that could be cut to make the overall product better. It’s nothing wrong to cut things in the end, that’s the way it goes sometimes. But if the game is already released I would say that while you’re possibly working on something new, don’t forget what’s currently out there available to the public. Releasing a game isn’t the end of the road, you still need to make people find and buy your game. If you’re lucky then people are going to buy your game for years to come. It might only sell 15 copies per day, but if you’ve got 4 games like this then you’ve got money coming in every month.”

Kevin has a very good point — once a game is out to the public, you want to continue to inform people about it. Indie games have always been described to me as a trickling stream of income, instead of income all at the release of the game. You will need to focus on making sure the game is well received and fix what needs to be fixed after release.

Renzo G. Heredia, a composer and sound designer for video games, had a huge realization when he released his first game;

“It’s so funny when I think about it, because I never expected how…. how do I describe it? How insignificant AND significant this part of my life was, having this little game release. It was out on the store, and of course, not that many people really downloaded it or talked about it asides from my game development team. And I was so perplexed. Like, that’s it? All that work and that’s really it? It’s out in the real world finally, and… no one’s playing it? Is this how game dev works?

Like, I never understood what it meant to really market a game and get word about it out there. But I wish I could have told myself that this is normal. That if a shipped game doesn’t get quite a reception that you wish it got, then hey… it’s still a shipped game! I wish I could have appreciated that. That I finally had a game in the market I could put on my resume and feel proud of, and that I can still point at it and say “I did that!”. And of course not just me, but the awesome team I worked with who programmed and visualized it.

I wish I could go back and tell myself that I am doing OK. That this point in my life is a small step to something bigger. And the only way to move forward is to take more steps forward.”

Many, many games get a small reception when they are launched — especially if you don’t have a built up community or following before your release. This is indeed normal and okay.

Tim Stoddard, a games programmer and indie developer, also feels that you should embrace your first game release: 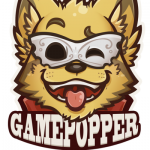 “Whatever you made, you made it, so own it. If you think there are stuff that can be done better, then make it better, just don’t distance yourself from it because after your hard work, it didn’t turn out as great as you’d thought it would be. Also take a break, releasing a game you spent a lot of time on wears you out.”

“Hire a professional PR person or team if you can. Even with my background in journalism, getting the word out about Regency Solitaire was hit and miss. Don’t book a holiday around launch time, however desperately you need one.”

There is a lot that can be learned from the game development process and releasing a game. Creating games is a part of the process — but listening to others and learning from their decisions is super helpful along the way. If you should ever find yourself developing a game then share the advice you learn along the way, and share it often. Share it with other developers, and don’t forget to listen to their advice as well.

Looking for more advice from developers? Check out other roundtable articles!