Deadeus is a horror title for the Game Boy that offers a sinister tale of dark nightmares and a boy who has a difficult choice to make.

The story in Deadeus starts with a horrible scene. A boy awakens to an eye that speaks to him with a prophecy: in three days he will come back to Earth to destroy everyone upon it. Awakening to discover it was simply a bad dream, he comes to find out that others are also experiencing peculiar happenings and the search for truth begins.

Similar to one of my favorite Legend of Zelda titles, Majora’s Mask, you have three days to figure out what exactly is going on, where the threat is coming from, and how, if possible, you can stop it. There are multiple paths for you to take on this sordid misadventure, including some that involve our dear protagonist getting involved with a death cult that worships the creature, or if you want to jump right to see the credits, you can choose to just go back to bed each day. The choice is yours, and this kind of adventure game offers up an opportunity to follow your desires and arrive at a destination that may or may not be deserving, given your moral choices.

The themes in Deadeus are, as expected, quite dark. Within the storylines, you can find murder, betrayal, gore, and depictions of demonic spirits. What’s sort of comical then, is there is a cheery, and perhaps a bit melancholy theme playing throughout your running around town, trying to figure out what to do. The soundtrack has its moments of playfulness, but also, there are some points of sheer terror, which, when accomplished with the limited sound output of the Game Boy, is quite a feat. Stuart Busby’s soundtrack adds a lot to the experience and may just be my favorite part of the game. 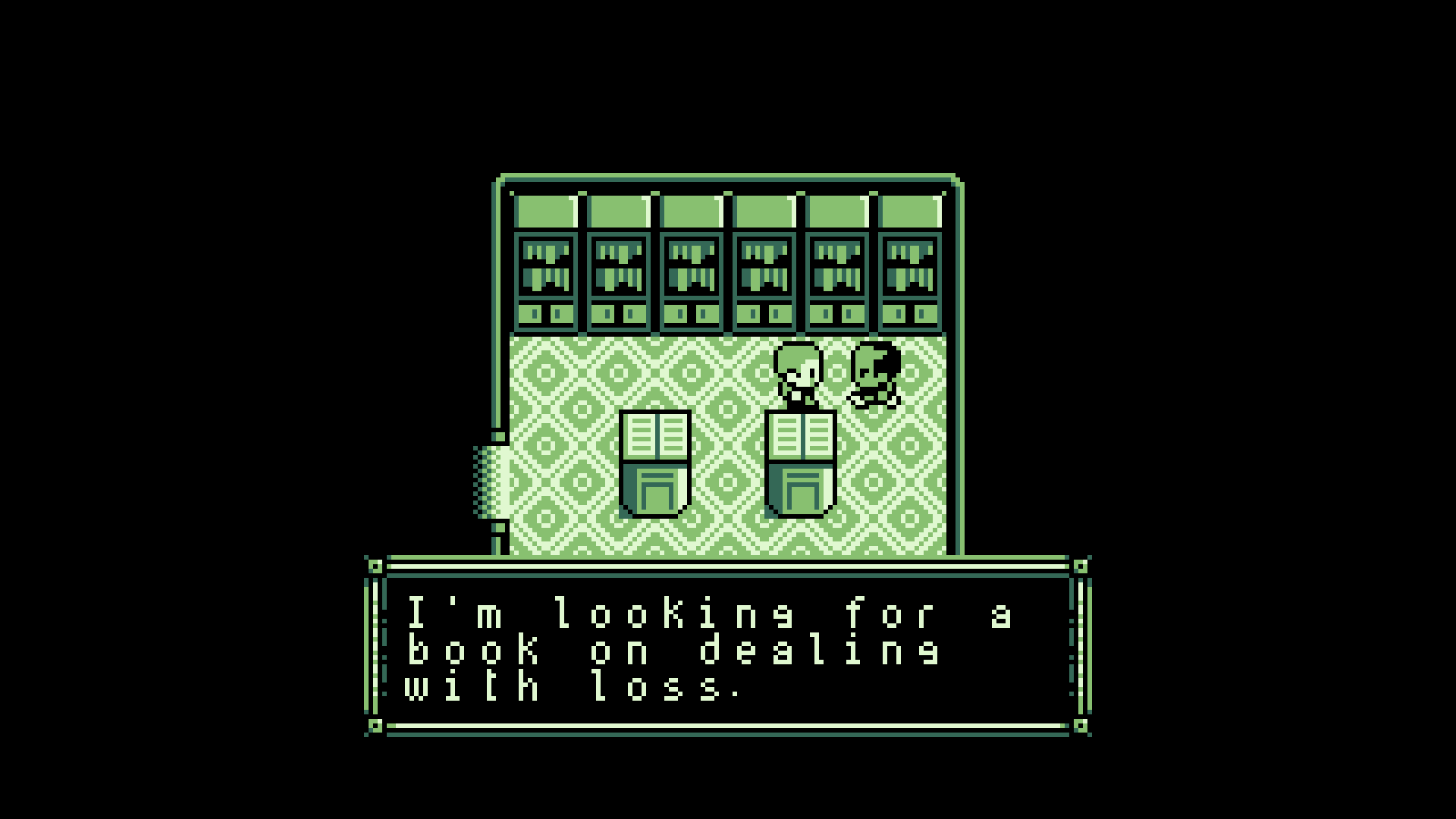 The graphics in Deadeus are very akin to Link’s Awakening or early Pokèmon titles, with interior spaces that seem to be a void of black outside the walkable area. The patterns and details are quite good and bring to life this world of despair. I felt like, as I was playing, that I was transported back into the early ‘90s and was playing an unreleased relic of the past. Thankfully, modern technology such as GB Studio gives developers an opportunity to tell stories such as these without worrying as much about overhead and sales as they would have to create a retail release back in the Game Boy’s heyday.

You can pick up Deadeus today on their itch.io page or head to their website for a physical version.