What happens when a game with “too many ideas” actually works?

Even though a lot of the tropes it runs with have been done to death, they feel fresh and well written. There are several moments in the game where I said to myself “oh my god they aren’t gonna do it” and they do it. They do the thing that makes me literally laugh out loud and die mid boss battle because parts of this game are so outrageous and over the top that I love it. They manage to keep the gameplay fresh by adding in new controls, taking away old controls, changing around the rules of the game — even by just a fraction, so that its not too confusing but keeps you going through the end. Think Stranger Things, but you never know if suddenly a Ninja Turtle or CareBear is going to surprise you! Crossing Souls is really off the wall. 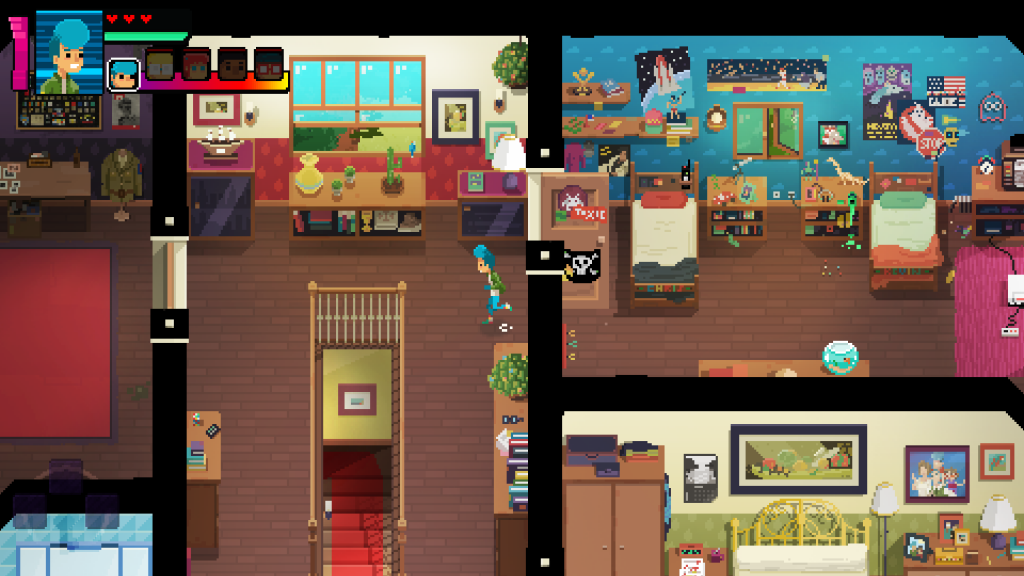 The graphics are just incredible in this “Action-adventure-rpg set in pixelated California”. It has that cutesy thing going on that is pretty popular in indie games right now, but filled to the brink with detail which goes way beyond. On each screen there are loads and loads of things to “press x” on, and then even more details that you can’t actually interact with, but can still find meaning and premise through, whether it involves the main plot or not. The universe is fleshed out, and the lore is extensive.

I haven’t yet beaten the game (very close to the end) but I have been waiting the whole game for the love interest to become more than just a love interest, and the male protagonist kid to become more than just a lovesick puppy. Especially because there are glimmers of many other three-dimensional character arcs for both of them, which are not being explored, instead taking a backseat to an awkward highschool crush. And don’t get me wrong, I watched every single episode of both seasons of Degrassi: I am all about awkward highschool crushes! But, this just feels so forced compared to the rest of the game, and gets shoved in at inopportune moments, interrupting segments of the story that I am really here for. (There are also a few moments that I can’t really tell if its homophobia or making fun of Prince, but it comes off to me as both and just feels plain bad whenever the character in question shows up. That’s another article for another time, though.) 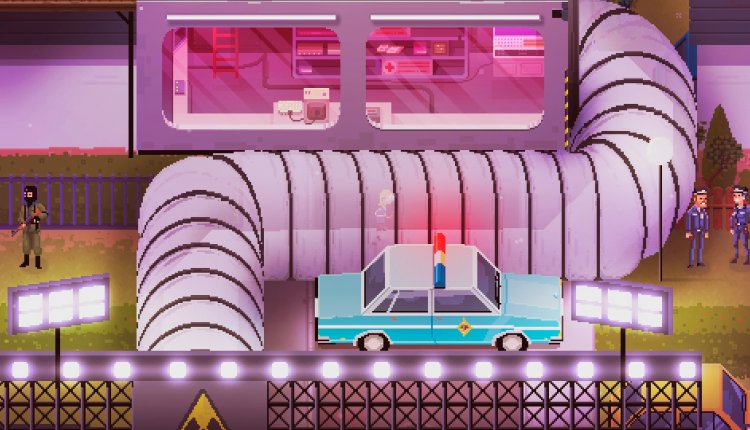 And really, with this game, I am totally here for it. I love the less than perfect cartoon-esque animations that charmingly breathe fresh air into a market of artistic perfection, and have a lot more character by far. I am here for the chase scenes, the mini games, the hundreds of different monsters that are each callbacks to famous comic books, video games, and movies of our past but designed one tick to the left enough to be on their own level. I love the overwritten, convoluted lore behind the plot that I don’t really 100% understand, but am willing to go along with if it means saving the world. I just wish that I could play a game with an awesome girl character who doesn’t get kidnapped (and let’s face it, that’s no spoiler, she’s a girl in a game, you knew she was going to get kidnapped).

Otherwise it is one hell of a journey across space, time, and your backyard. I can’t wait to see the ending, because if there is anything I love, its being proven wrong.

P.S. The music is awesome. Check this out!