Beyond Blue — Relaxing and Educational

Underwater experiences in games can either leave you feeling completely on edge, unaware of the dangers that surround you or utterly relaxed, embracing the life around you. Luckily, Beyond Blue takes the latter approach and was one of the most relaxing games I’ve ever played.

Beyond Blue is a narrative adventure game that sees players explore the ocean (and everything
in it) through the eyes of Scientist, Streamer and Deep Sea Explorer — Mirai. Set in the near
future, Mirai is part of a research team that uses their highly evolved technology to interact with
the Ocean in a way that nobody has been able to before.

E-line Media (the geniuses behind the amazing Never Alone) have partnered with BBC Studios,
OceanX Media and some Ocean experts to bring Beyond Blue to life, featuring clips from the
much loved Blue Planet II and even some never before seen footage to help players understand
more about our Oceans.

The game’s story focuses itself around a family of Sperm Whales. Mirai has followed this
particular family for a long time and regularly likes to check in on them. The story sees you go
on 8 dives of which you are required to go to certain areas, discovering the sea life as you go,
using your scanner to find out information on a particular creature and then listening to high-tech
buoys that track sounds for you to follow. There isn’t much to the gameplay, but what you do get
is a nice and relaxing experience that Isn’t mimicked in any other game. Mirai uses what’s
known as a ‘rebreather’ suit which allows her to dive without the use of an oxygen tank. This
means you have no time limits during each dive mission and allows you to explore as you wish. 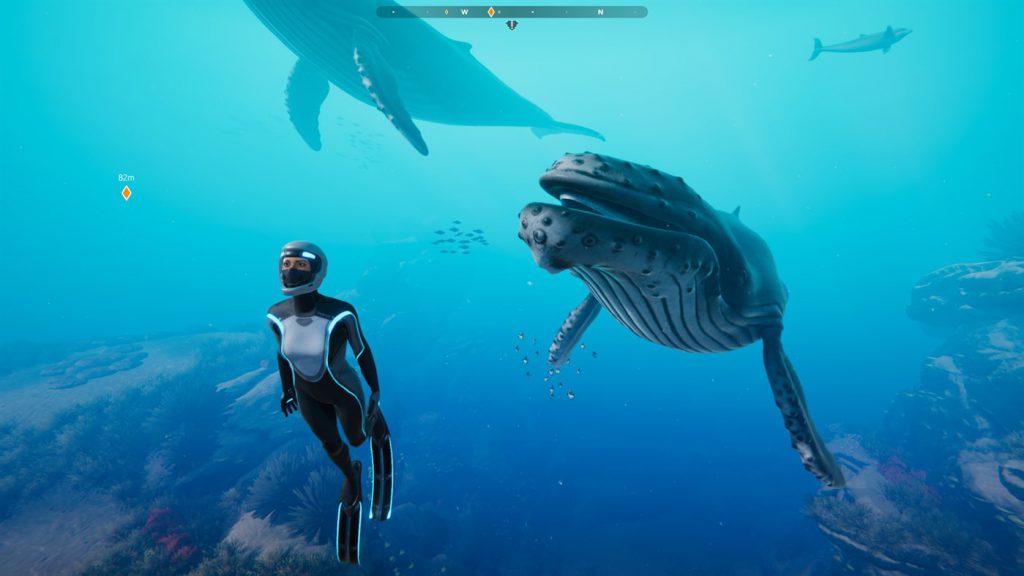 Exploring the Oceans in Beyond Blue is completely therapeutic and risk-free, which was a nice
change from shooters and RPGs I regularly play. Every creature you spot — of which there are
hundreds — can be examined without any fear of being attacked or hurt. No creature will hurt
you. There were times I did feel on edge being around a particular shark purely because video
games have often taught me being in the Ocean isn’t safe and this isn’t necessarily true.

In between dives you are set up on a pretty cool submarine that allows you to develop more on
the game’s narrative by taking calls with your team and also your sister, uncovering more than
just Ocean views. On the submarine, you have a beautiful view of the surrounding Ocean you
last dived, you have access to the documentary videos (of which there are 16 to unlock and
view) and my favourite part, you have access to a tablet that allows you to change the music in
the game. 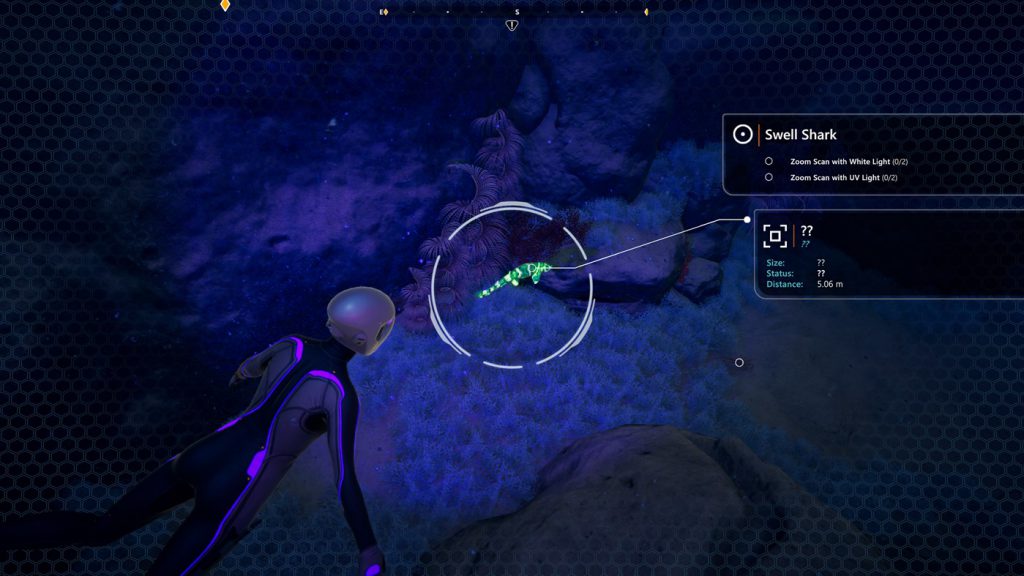 I must say, Beyond Blue’s soundtrack is amazing. It is so atmospheric that I often found myself
leaving the game on just so I could listen to the songs as I did something else in the house. I’m
a big fan of music in general, so this was a pleasant surprise.

Although Beyond Blue’s graphics aren’t necessarily breathtaking, I still found the art-style to be
quite pleasant. All the animals look as they are meant to — which is great — and even as vast
as the Ocean is, it contains a lot of detail, wherever you look. 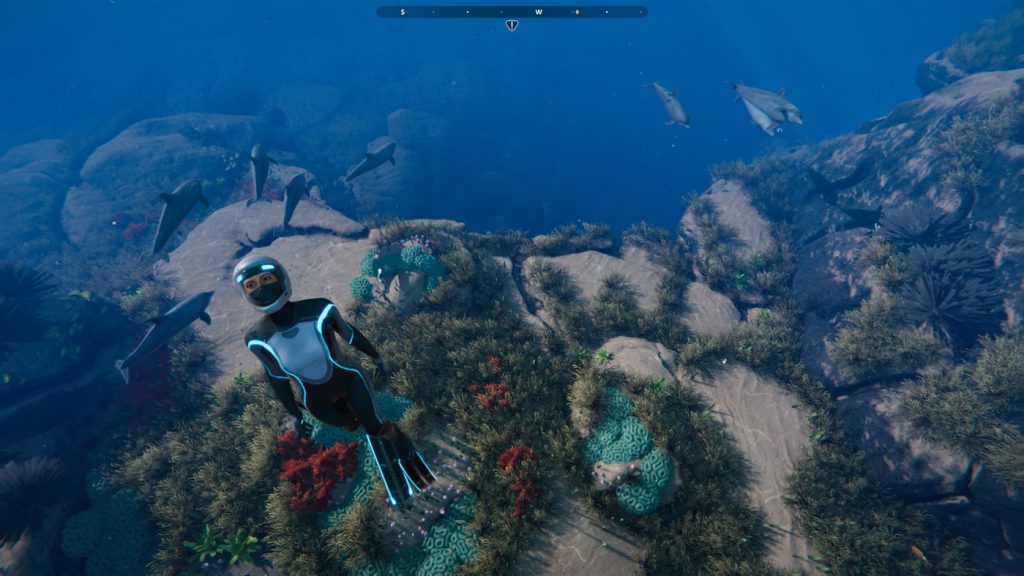 Overall, I found Beyond Blue to be a joy to play. The story itself will be over in a few short hours,
but if you actually take the time to explore your surroundings, this can keep you occupied for
many hours. Add into the fact that it’s educational whilst not being over the top, this could be a
great game for children to play.

Beyond Blue is a beautiful experience and a must-play for anyone wanting to relax. You can find it on Steam, Xbox One and Playstation 4.