Will the Ragnok Gun Mouse make you better at FPS?

I do not play many first person shooter games — as I am just not very good. I get frustrated at dying again and again to people who are just better with guns. When I saw the Ragnok Gun Mouse, I giggled to myself, as it felt very much like gamers going too far in the direction of strange things.

I started off trying to use this mouse to navigate to the game — movements were strange, the grip didn’t make any sense, I didn’t know what to do. I’ve attempted to describe how I had to hold the mouse to people, resting on it, loose on the wrist, but they just end up confused. It doesn’t quite fit a gun, it doesn’t quite fit a mouse. I thought there was no way I’d be able to play an FPS with this gun mouse. 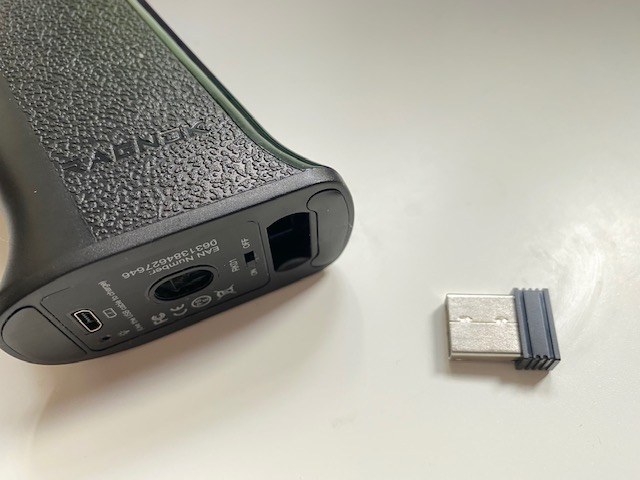 As it’s a mouse — not a joystick (despite looking like a joystick) — you’ll need to move it across your mouse mat. The bottom of the mouse is small, so small movements move your mouse move quiet a bit. It’s definitely a lot to get used to when it comes to web pages.

However, once the game was loaded up, something clicked in my head and the Ragnok Gun Mouse worked. My head understood the trigger, the scroll wheel suddenly made sense as I switched weapons. Movements felt precise. I’m not sure if it’s magic or if it’s some subconscious thing, but I stopped playing with a divided mind.

Despite coming into the Ragnok Gun Mouse ready to be disappointed and think this was all silly, after playing around with the mouse, it really did enhance the gameplay experience when playing an FPS. The mouse is still strange for general use, but if you want to up your game, getting one to have a more realistic experience is something I can see people doing! 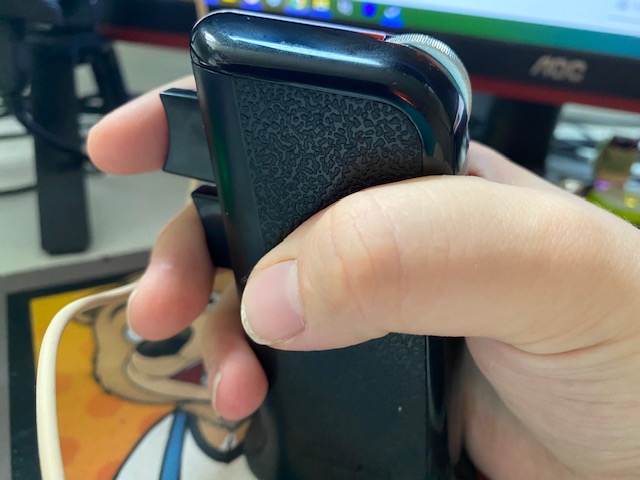 This mouse comes with a gun keychain too. It’s wireless, with a dongle and an off/on switch. It’s a mouse, as you would have used before, but redesigned.

You can purchase your own Gun Mouse from their website.