The Bark Side — A crufty way to pass the time

The Bark Side is a three-to-five–player card game which feels a lot like a game I used to play with a traditional deck of cards when I was a child. Sadly, I can’t remember the name of that game, but either way, The Bark Side is about as mechanically simple as any game out there, yet it is no worse as a result. Instead, it uses bright, characterful artwork and Man’s best friend to create a cute (but wafer thin) narrative that appeals to children and dog lovers alike.

The copy of The Bark Side that I’m reviewing today was sent to us by Sweet Lemon Publishing ahead of a Kickstarter scheduled for April, so the box and artwork you’ll see here are not considered final (especially cards nine and ten, which don’t have artwork yet). The copy I’ve been playing feels more or less complete besides that, with good quality card stock and the artwork that is presently doing the job exceptionally well. 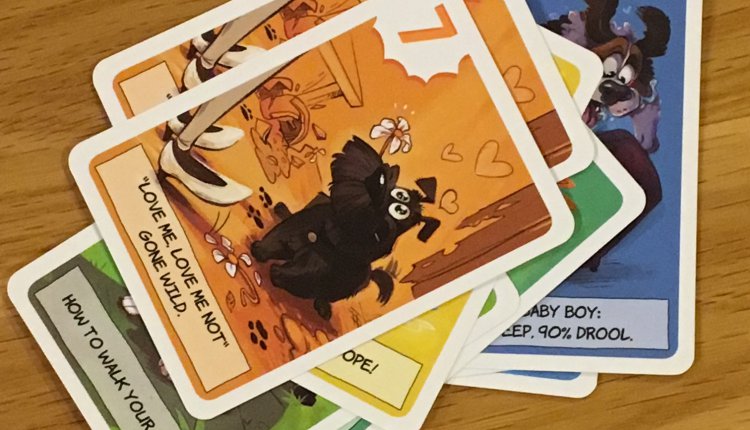 Basically, each player is dealt a hand of ten cards from which they must pick two to pass to their right secretly. From his or her new hand of ten, the first player places a card on the table face up. The next player places a card of at least equal value on top of it and this continues until a player cannot do so. At this point, they must play a tail-tucking move, which involves placing their held card with the lowest value onto the pile.

Once a tail-tucking move has happened, the other players may then place sets of cards (i.e. two or more of the same card) as long as the set adheres to the ascending value rule. If a player does place more than one card (three, for example) then each of the following players must also play higher sets featuring exactly the same number of cards. Obviously, this becomes increasingly unlikely and more challenging and if a player cannot do so, they must discard the same number of cards as the lowest value in their hand — in this example, their three lowest cards. 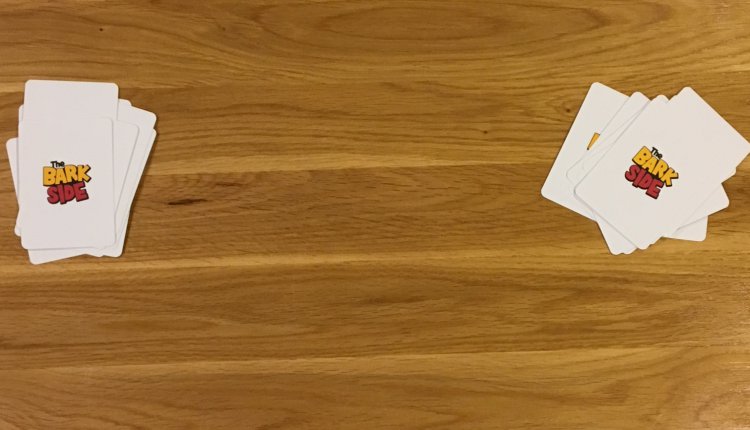 Ultimately, when all players reach a single card, all cards are turned over at the same time and the player showing the card with the highest value takes the trick and places it in front of them, in their house. This, thematically, represents the fact that the biggest, messiest alpha dog has arrived at their house with a load of other neighbourhood dogs, all of whom are intent on causing a suitable amount of chaos and mayhem.

Whilst the theme in The Bark Side is wafer thin (this is a very light card game, after all) the artwork is really well done and very on-point. My kids are a little too young to enjoy it, but as always I was able to find a few members of the extended family to play with and I can confirm, kids between about six and ten years old absolutely love The Bark Side. Equally, I’ve found it to be a very welcome way to warm up or close down an evening of longer, heavier games and it works well during downtime in very complex or elimination games. 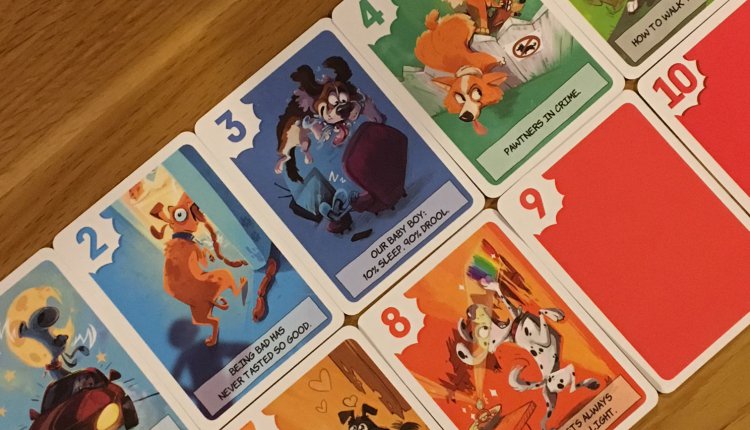 As a nice addition to any collection of small-box or kids’ games, I certainly wish the team at Korea Board Games and Sweet Lemon Publishing the best of luck with their upcoming Kickstarter. Whilst the game is neither the most complex nor expansive experience, it’s easy to pick up and play and certainly a lot of fun.