Backbone. Backbone, backbone, backbone. Alright. Basics first: this is, as described, a modern take on point and click games. It features detailed, sharply written dialogue and vividly drawn characters. It is rendered in a sort of 2D Pixel Art based view, with dense and intricate backdrops and moody lighting. It is a noir story, and a tale of a dystopia.

And it’s thrown me for such a hard loop I don’t know where to begin.

I suppose, with any good noir, it begins with the case. The one that makes you, or breaks you. A scumbag is cheating on his pregnant wife, and she wants you to catch him out. You go, as Howard Lotor, into The City. It is a city ripped in half by an irrevocable divide of wealth. The rich party, drink, get high and live safely. You, and the rest of the city, do not. You want to make a difference. Can you? Maybe. Are you able to? That’s on you. 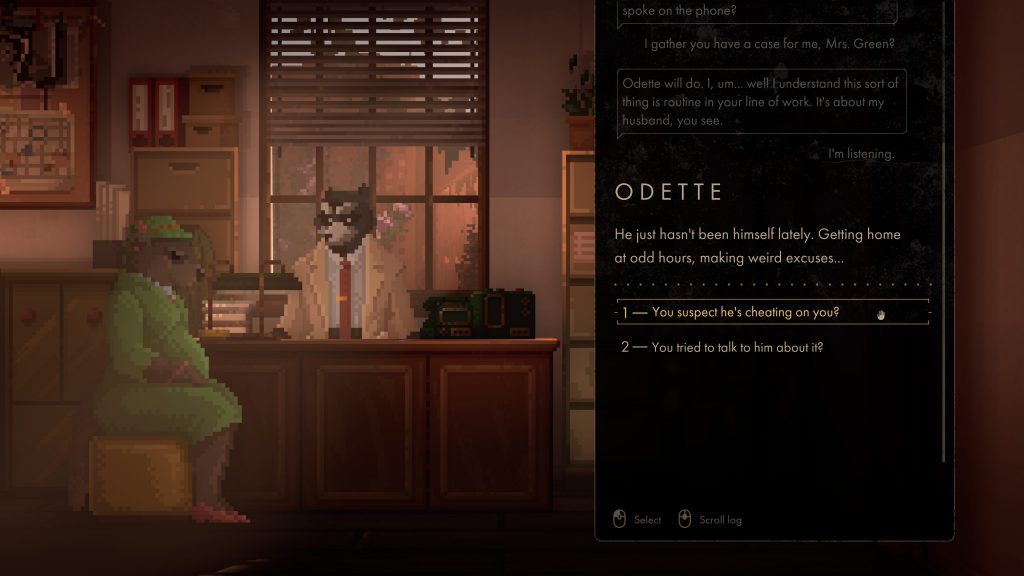 And it spirals. Into mystery, on mystery. The rot runs deep, and so does the intrigue, and the drama, and the stakes. If it stopped here, Backbone would be — with any justice — spoken about in the same breaths as such genre heavyweights like The Big Sleep, The Maltese Falcon. The Long Goodbye. But it doesn’t just stop there, does it?

Let’s pull back to the tools for the case. The gameplay. It’s simple, but effective. Bolstered by a moving Jazz score and evocative animation, playing this game feels like you are Howard himself, and you are on the case. The UI work too, is lovely. Clear text and subtle colouring makes it incredibly easy to read, while still employing the medium to draw you into The City. It is a remarkably polished experience, with every single element firing on all cylinders.

If any of that sounds good to you? Stop reading now. Go play it. Seriously. Because I’m dying to talk about Backbone, and how I think it just… got me, and maybe it will get you, too. 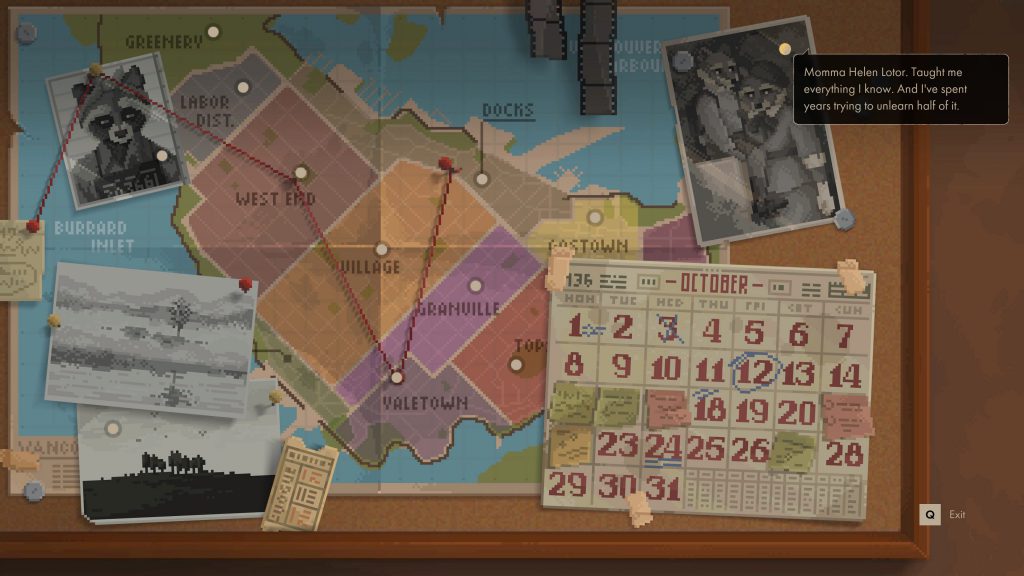 So, like most of the greatest works of art, Backbone is possibly a little too personal. Too close to the bone. I’m absolutely not going to say x means y about the creators, I don’t know them.

What I do know, about this desperately sad game, is that it really understands living with depression. Living with a constant gnaw that how you are, how you have always been, is considered broken, or just flat out wrong. It is interwoven through every facet of the narrative, and comes into focus in it’s final chapters. How depression is this violent, alien thing that speaks to you, warps you. Rots you. 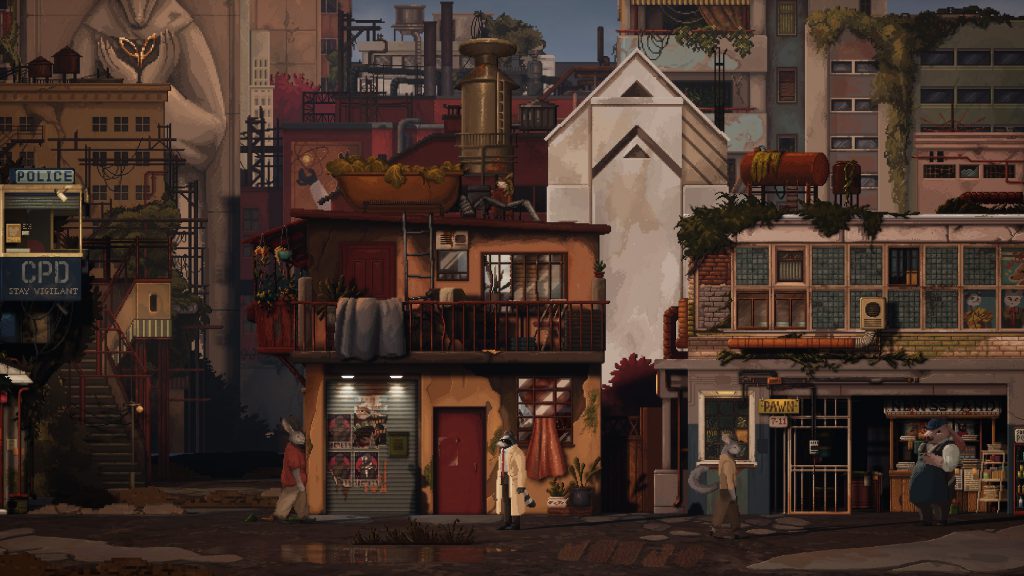 Backbone is about that rot. You are in a rotting world, and you yourself are rotting. How scary, how paralysing that is. And how progress feels impossible, how understanding feels like you need seven degrees just to get the basics. How fleeting purpose can be, and how hard it is to fight these parts of yourself.

Backbone came at a time where I’m currently undergoing what is essentially a medical experiment to find out how I can make my brain work better for me, rather than against me. It is, as a long time lover of noir, a warmth. In working the bizarre, labyrithine case I felt a strange sort of recognition I think I’m struggling to put into words. In so much of this game I saw my own struggle with Depression and ADHD. I found a game which showed the ugliness of it all, and a boundless empathy, and the freedom that can come from learning to live with who you are in all your broken pieces.

It is beyond the best of noir. I think, at least for me, it’s the new gold standard. And it is absolutely a game I will never forget.

Backbone is available now on Xbox, Playstation and PC.

Broken Mind – Do you mind how broken it is?