As regular readers will know, I am at least as big of a board game fan as I am a fan of video games. In fact, whilst I probably spend more hours actually playing video games, I cherish the time sitting around my table with friends as more precious. One series of board games that I enjoy are those from Fantasy Flight Games which focus on the Cthulhu Mythos — including the competitive game known as Arkham Horror. With that said, I was curious as to how Arkham Horror: Mothers Embrace would translate from board to video game.

And in honesty, it feels very much like it has made the journey about half way. Arkham Horror: Mothers Embrace is set in 1920’s America and features the same diverse and familiar cast of characters as the board game series. Characters include cabaret singers, troubled FBI investigators and eccentric professors, all of whom come together with specific strengths and weaknesses that are integral to the experience.

In the Arkham Horror board game, the model is very similar, and as a cooperative game the players will choose who acts in what order, and will try to use these strengths and weaknesses to search for clues, solve puzzles and defeat enemies. In Arkham Horror: Mothers Embrace, the experience is entirely single-player, so a single character takes the lead (and can be swapped) but some of the magic is lost in translation.

The locations that need to be explored are fairly decent, if a little unimaginative. University campuses, shopping plazas and a nicely depicted Chinatown at night all feature, and each one is littered with clues. This is one area where Arkham Horror: Mothers Embrace starts to lose the thread when compared to the board game. There is so much to search here, and little indication as to what the outcome might be…

Looking at a body might simply grant a clue (which is good) or it might cause you to lose a point of sanity (more on that later). In the board game, there is more of a sense as to whether an outcome will be good or bad — in Arkham Horror: Mothers Embrace it feels random. Occasionally, interaction might result in a skill check (which is also a feature of the board game) and this is arguably where some of the decision about character choice comes into play — with some characters better at logic, others stronger and more able to force a door or similar.

I mentioned sanity a moment ago, and along with health this is a key resource for all characters. If a character runs out of health then clearly as usual it would force a restart, but where sanity is concerned, the effects are more nuanced. Reaching zero sanity will confer a debuff to that character for the rest of the mission – and potentially beyond. This can include effects like losing control in battle, or randomly pilfering items and then returning them later. 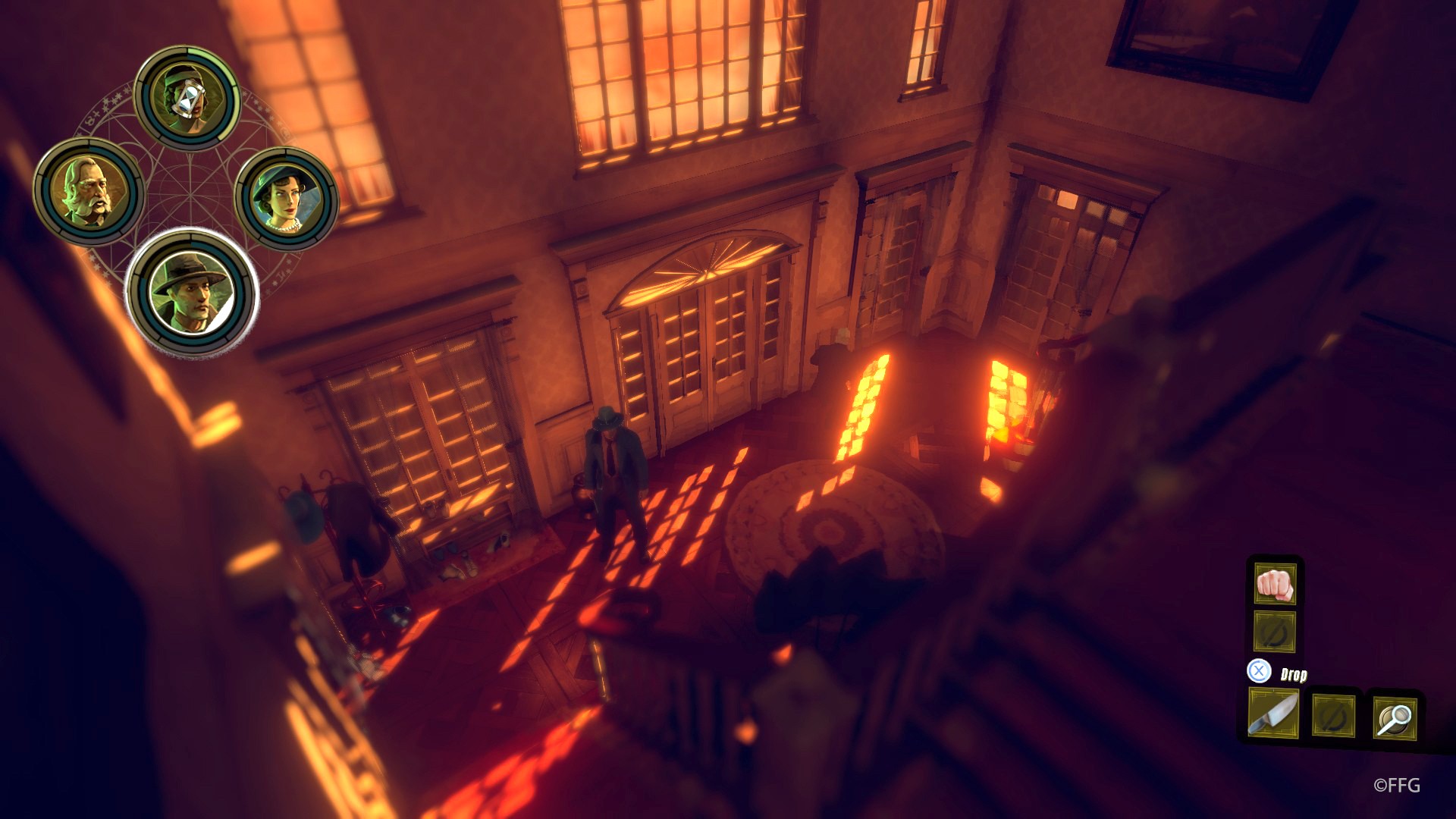 Sanity can be lost during normal exploration as mentioned above, or it can be affected in the turn-based combat which occurs throughout the game. Most enemies are relatively straightforward, with cultists, thugs and tentacle-creatures being the mainstays. Combat is actually quite decent, and with a points based system that is influenced by character stats, some thought has clearly gone into it. That said, the tactical combat here is never on par with other games that are built around it, and it is more of an incidental addition than core to the experience.

Arkham Horror: Mothers Embrace is trapped between the board game that inspired it – a cooperative, mythos rich experience that enables the players to make the most of what is put in front of them — and the expectations of video game fans. Where the latter is concerned, the blanks that the board game allows the players to fill in with their own imaginations have been filled with mediocre scripting and decent-enough voice acting. Where you would normally have your mates, you now have a set of pre-canned characters executed to a just-above-average standard.

The exploration and story aspects of Arkham Horror: Mothers Embrace are fine but unremarkable, whilst the visuals are similar really — there’s nothing wrong with them, but they are rarely exciting or memorable. Combat, whilst mechanically fine, rarely excites and often feels like a bit of a chore. Puzzles are good, but the random nature of searching can frustrate as much as it delights. All in all then, Arkham Horror: Mothers Embrace is a heck of a mixed bag — it’s not bad, but it’s definitely not as good as the board game deserves.

You can find Arkham Horror: Mothers Embrace on Xbox and Steam.